We have known about it for almost a year, but it still creeps up on you incredibly fast.

First, there is the draining of funds – paying a little bit (or quite a lot) each month until the balance is paid.

Then there is the requests for more money, for extra excursions.

Then the meetings.  Teachers, parents and students – all excited and a little nervous.  Who is going to share a room with who, what are the rules, where are they going.

What am I talking about – the dreaded school trip abroad!!!!

I should be an old pro at these, with my older two have been on school trips, but you do worry with every single one, especially as there has been some well publicised accidents recently.

We wouldn’t stop any child going on school trip though, unless we couldn’t afford it.  I have fond memories of visiting Ypres when I was Kian’s age, given a little bit more freedom to explore without my parents watching over me.

So, on Tuesday morning, my alarm went off at 4.30am to wake me up so I could take Kian to school for 5.15am.  Being a typical tween, it took me three attempts to wake him up, but one strong cup of tea later we were raring to go. 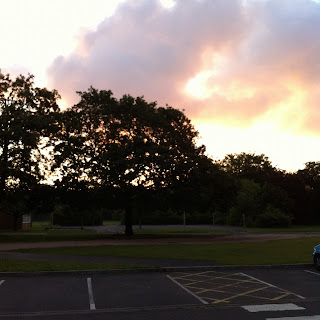 We arrived at school bang on time, and he quickly paired off with his group of friends.  Us Mums were moaning about the early set off time, and some were even planning on going back to bed!

The coach driver was lovely.  Bantering with the kids as he loaded their cases into the coach.  The teachers busied themselves with making sure they had first aid supplies, sick buckets and other such paraphernalia close to hand and then it was time to go.

I was surprised to get a kiss and a hug, and then he was off…………2 nights and 3 days without mum and dad watching over him.

He was packed off with his mobile phone, instructed to text when they got to the Ferry, but not to use it too often when abroad as it would cost a lot of money.  We heard nothing for the entire trip.

Some of the other mums have children still in the Primary School and I was drip-fed information from them.  They had had a good crossing, the boys rooms were better than the girls and the food was a bit rubbish (apart from the breakfast), so I knew everything was OK.

Nevertheless, we text him to say we were missing him.  Isaac took it the worst – he kept asking when his brother was coming home!  It is impossible not to worry – was he behaving, was he having fun, was he home sick, has he put suncream on??

On the day he was due home, we were pre-occupied with taking the little ones to see In the Night Garden Live, and then an early meal out for my birthday.  At 10pm hubby finally left home to meet the coach back at the school.

They finally got back at 11pm, feeling ill as the crossing back had been very rough!  Apparently 90% of the class had been sick at least once and they were too scared to visit the cinema in the Ferry as the waves were crashing too noisily on the side of the boat.

I got a big hug and a kiss and off he went to bed, exhausted.

We have had lots of stories of what they saw – The Normandy beaches, bomb craters, museums, The Bayeux Tapestry etc and some truly stunning photographs too – history has come alive, and playing even playing his favourite army type games now has an added understanding to the horrors of war! 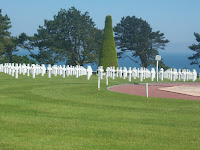 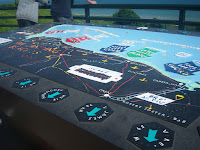 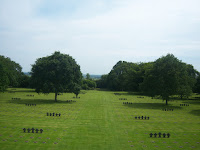 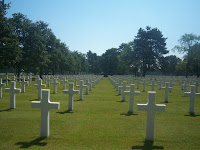 Was it worth all the worry

Oh – and apparently his phone had no signal!

1 thought on “A Trip to France”