On Sunday 22nd July we finally made it to Mudeford Lifeboat Funday.  We say we are going to go every year but never seem to get there and I have fond memories of the event from childhood.

We got there at about 11am, with our picnic and crabbing equipment, to enjoy a full day of fun.  Mudeford Quay was very busy, but there was room to move and still places along the quayside to stop and set up our crabbing equipment, which the kids were itching to do.

Within minutes we had our first crab, and it proved a very fruitful day as we managed to pull 4 and 5 up at a time at one point!! (they seem to like cheap catfood).

Within an hour it was time for the Raft racing and we had a prime spot.  Some of the rafts had obviously had hours of time loving spent on them and everyone made a valiant effort not to end up in the sea, despite hurling water at each other with varying degrees of success! 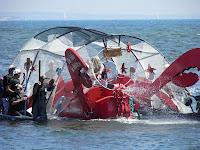 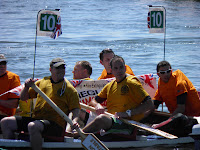 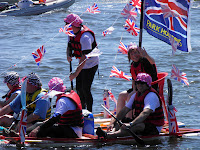 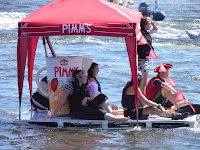 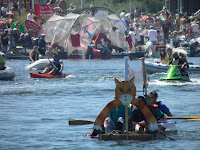 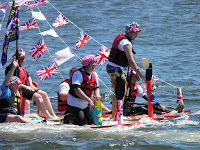 It really was a fantastic spectacle to watch and the kids enjoyed joining in with the whopping and cheering crowds. 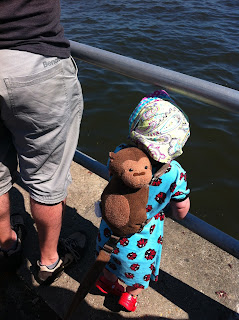 Once the racing was over, we decided to release our bucket full of crabs back into the water and explore all the other activities going on. 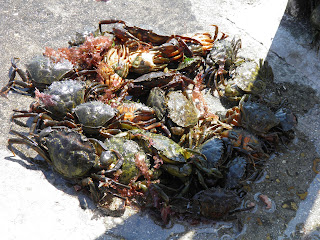 There was plenty to do for the kids, including a funfair with Dodgems, A Big Wheel and a Helter Skelter, as well as the traditional games stalls.  Luckily we managed to avoid those as the kids were more interested in buying a duck for the Duck Race later on that day.  We did stop to speak to the Fireman though! 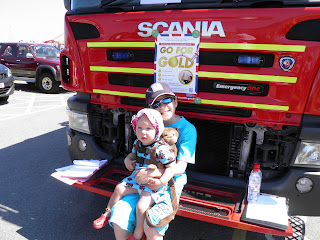 Next on the agenda was a demonstration from the local Coastguard Helicopter, who was actually delayed by a real shout over in Swanage.  When they finally arrived they didn’t disappoint and even hung out of the doors to wave to their adoring public! 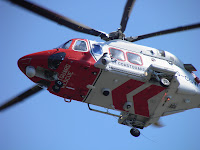 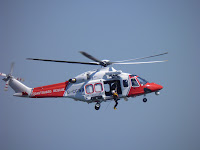 After they had finished their display, we wandered around the rest of the quay and was delighted to find an abundance of craft and food stalls mixed in with live music – it had a real party atmosphere and everyone looked as though they were having a great time. 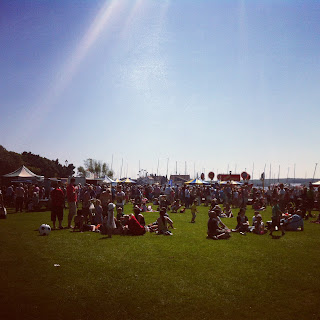 The Mudeford Lifeboat Funday is an annual event and we will definitely be going next year (Sunday 28th July 2013) – I hope to see you there too! 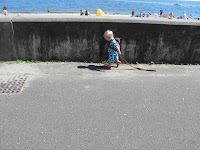