Never have I wanted to attend an event as much as I wanted to take the kids to LolliBop.  I found out about it last year, but it clashed with Bournemouth Airshow and I also felt Eliza would be too little.

2012 was different – we were definitely going to LolliBop!!

I made the decision to attend Sunday’s Festival as I wanted to see Shrek, who were only performing on that day.

I got the kids (and hubby) up early and we set off for Regents Park.  We made the decision to drive as far as Richmond and catch the Tube in the rest of the way.  If I am honest, I hate the travelling on the Tube with children, and it is the one thing I hate about any event in London, but needs must!.

Shortly after emerging into the sunlight we saw this: 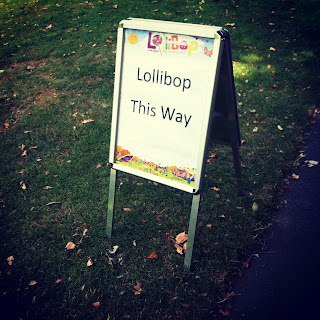 I have never been to Regents Park, and it was simply stunning, which made up for the long walk to the actual event.  It was so hot that I did actually contemplate jumping in one of the fountains! 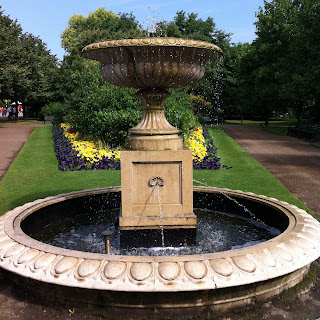 We soon arrived and I was surprised there was no queueing involved, and we went straight in.  The event started at 10am, and we arrived at around 10.30am so we were a little late.

Our first port of call was a comfort break for the little ones, and then we decided on our plan of action. 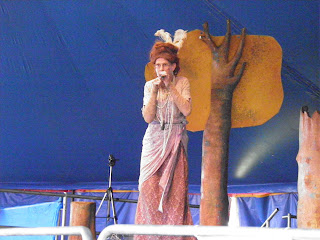 And then it was time for the Gruffalo!
If you have not seen the stage performance, then you are missing out.  It is simply fantastic – Isaac was enthralled from beginning to end, and they even had some audience participation which kept the children interested.

Once the performance had ended, we headed off to see what else the event had to offer.

There were lots of stalls selling arts, crafts, clothing and toys, as well as lots of activities for the children to do.
The boys quickly spotted the Skylanders tent, and probably would have stayed in there all day if we let them, as they were having competitions, photographs and even Wii consoles to play on. 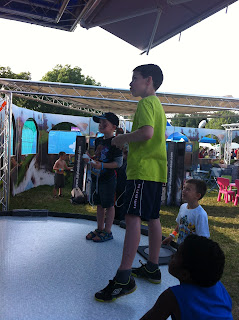 The only other performance that I had on my to-do-list was Shrek, and that was next, so I dragged everyone off to the Live Stage.  CBeebies presenters Alex Winters and Katy Ashworth were busy keeping the crowd entertained in between acts, and I don’t think I have ever heard so many people all singing the “Washing Hands Song” from I Can Cook at the same time. 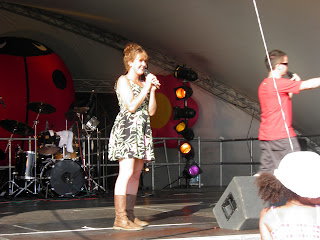 In all honesty, I was a bit disappointed with Shrek.  They were only on stage for about 10 minutes and Princess Fiona had the most irritating fake American accent.  We did have a boogie to I’m a Believer though.

Next on the list was the Laser Room, but unfortunately it was temporarily closed as the equipment needed to cool down, so we headed off to meet Optimus Prime instead.  This seemed to excite boys of all ages (including my husband).  By this time, it was starting to rain which was a welcome relief from the heat………until a flash of lightening and a crack of thunder!  Using the excuse of getting a sleeping Eliza out of the rain, I made my dash for the Bloggers tent to take shelter.

Once the boys had their photograph taken against a green screen, where we will apparently be emailed a photograph of them superimposed with Optimus Prime, they headed to us in the Bloggers tent, where we all refuelled with tea / coffee and some lunch (as well as some celeb spotting).

Kian was chuffed to bits to meet Dick & Dom and even got invited to join them on stage at their later performance, as it was his Birthday the next day, but he was too shy!

I also had a chance to catch up with the lovely Laura from Tired Mummy of two, who very kindly arranged for this to happen:

Despite getting very little break between compering the acts, Alex took out time to meet his adoring fans and chat to them.  He is very friendly and made everyone feel at ease, as you can tell from the pictures!

The older boys, went off to do The Laser Room, which was apparently very hot and not very good, whilst I went off to the 3ft and under zone with Eliza, where she got the opportunity to burn off some energy and climb, slide, dance and catch some bubbles, whilst I did some more celeb and blogger spotting.

Kian’s wish was to see Dick & Dom, so we set back off for the main stage.

I have heard mixed reports for their act, but Kian loved every minute of it.  It was full of innuendo and jokes aimed at older children (boys in particular) which some felt wasn’t aimed at the age of the attendees.  However, there were lots of older children there that appreciated the break from more babyish performances.  Kian got involved in the inflatable Banana race and won for Dom’s team and the obligatory custard pie fight and watergun action was a hit too.  The Nellie the Elephant dance got everyone involved – young and old!

All four children in our group thoroughly enjoyed the day, and I would recommend this event to all families.  The only trouble we had was deciding what to see next.

There was plenty of toilets, although I would have preferred a toilet block like they had at the Sainsbury’s Family Festival, rather than Portaloos which did get rather smelly as the day wore on.  The baby changing facilities were excellent, as was the provision of a feeding area for breastfeeding mums, with comfy chairs and beanbags.  My only suggestion for next year would be a fan in there too. 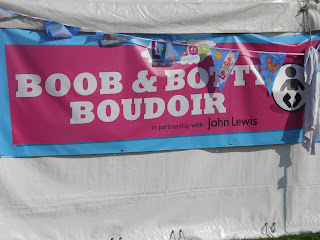 There was so much to see and do, whatever your child likes they wouldn’t be disappointed.  There were cooking workshops, art and craft, baby ballet and even a disco.  Here are some of our highlights: 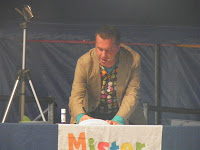 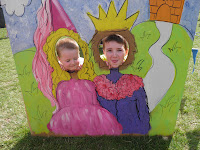 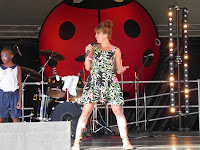 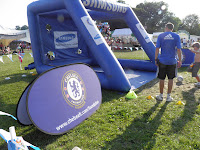 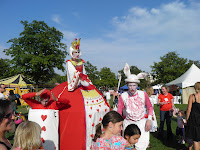 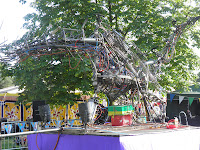 And we finally got to meet Titan! 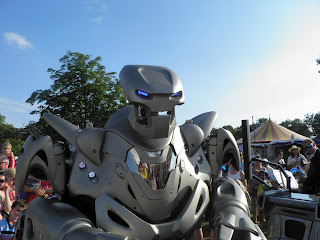 For more photographs of the event, go to their facebook page……… we cannot wait to go back next year!! 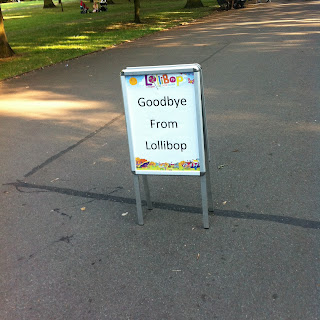