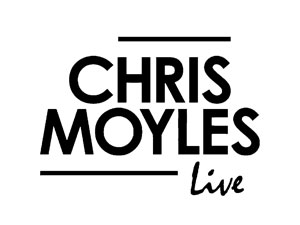 It is a fact that we don’t get to go out much, and our last evening out was around this time last year when we went to see Milton Jones at the Pavilion in Bournemouth.  Last night however, I got to out my glad rags on (well sort of) and venture out to see Chris Moyles Live.

The venue was the O2 Academy Bournemouth which I haven’t been to since I worked there many moons ago when it was a nightclub called the Opera House.  It hasn’t changed much at all and we nearly fell over when a pint of cider and a lemonade cost us nearly £7.00!!

Still, it wasn’t going to spoil our evening.  Chris has asked that we don’t give anything away in his show as we were one of his first dates and he doesn’t want to spoil it for those who are going in the next few weeks. 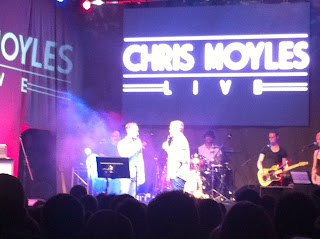 So what can you expect?

If you liked the Chris Moyles Breakfast show then you will love this!!  It is full of his well known banter and cutting remarks, only with added swearing – a LOT of swearing!

There is music – his band Rockeoke were absolutely brilliant!  Audience participation is a must and you get to ask him questions via twitter – sadly mine did not get picked.  I shall warn you though, if you have ever sent him a stupid question or been rude on twitter, be afraid……..be very afraid!! 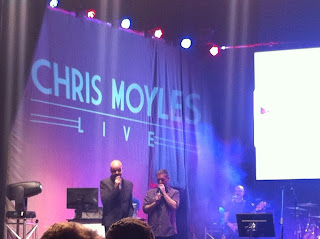 Tonight’s guests from the show were Dom and Aled, as well as a brilliant performance from one of Dom’s characters that he does so well.  I did miss Comedy Dave and no reference to him was made, although I never believe what I read in the papers.

If you are worried that Chris’ show will not translate to the stage, then you need not – we thoroughly enjoyed every minute.  My feet hurt from dancing, my throat is sore from singing and the finale is out of this world!! 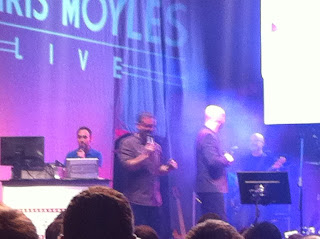 Thank you Chris, Dom, Aled and you know who for a fantastic evening of entertainment.  Hopefully you will be back on our TV or radio’s very soon!!