I still have clear memories of my eldest literally begging me for a phone when she got to 13, but all the requirements were –  she could text, make calls and play snake!  My requirements were, not expensive and that she could not run up an horrendous bill

Even in 6 years things have changed.  First came the ability to take grainy photo’s, then better ones – we had to upgrade her phone every Christmas to take all these changes into account.  Then came the time of the dreaded Blackberry like all her friends had, just so she could send free messages (and lots of them).

Her brother, who is 4 years younger got her phone hand-me-downs and for a while that was OK – he rarely used the phone to be honest, and I would find it uncharged left about the house.  Very frustrating if they are round their friends and you are trying to get hold of them!

Then came the Smart Phone! 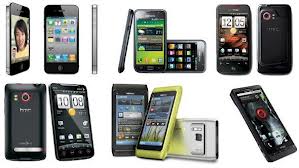 My daughter is old enough for her own mobile phone contract thankfully, so she can choose what she can afford.  The boys on the other hand, have to have a phone that can have this & that gaming app, be able to watch You Tube etc.  They don’t care if they can make / receive texts and phone calls anymore!

If you are at school and you don’t have a Smart Phone then you are a nobody, but which one do you choose?

Thankfully, Phones 4U are there to help.  They stock a huge range of phones, tailored to different budgets, with different capabilities and can offer you expert advice on all of them.  Pay as you Go can be a good option for budgeting, but you have to buy the phone up front and then get nagged to buy credit when they run out (I ended up giving them allowance and they had to manage this themselves).  A contract phone is another alternative, but it is in your name and you are tied in for 18 months / 2 years and they have ability to run up huge bills, not just with phone calls and texts, but with data usage too!

Then there is the decision about how old they have to be!

The age in which they want a mobile phone is getting younger and younger, and I have to admit that my now 12 year old has had his own phone since he was 10 (his brothers hand-me-downs and much to his sister’s disgust), but it is only the last few months that he has really started to use it and that is mostly for gaming.

I don’t think there is a perfect age and you have to base it on the individual, but they have to be able to look after it, keep it charged and switched on.  This is a battle I still have to this day, and I get very frustrated when they are not home on time and won’t answer the phone!!  How my mother coped when we were young, I will never know!

Written in conjunction with Phones 4U.

11 thoughts on “Teens and Mobiles”