When I was asked to review Argo, I was in two minds whether to accept, as I am not normally a fan of Oscar winning movies. 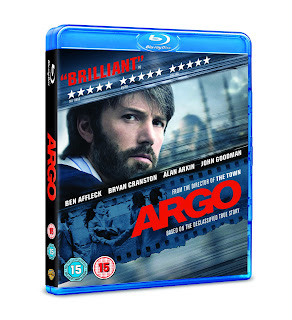 Based on real events, the dramatic thriller “Argo” chronicles the life-or-death covert operation to rescue six Americans, which unfolded behind the scenes of the Iran hostage crisis, focusing on the little-known role that the CIA and Hollywood played—information that was not declassified until many years after the event. 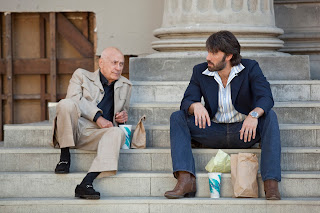 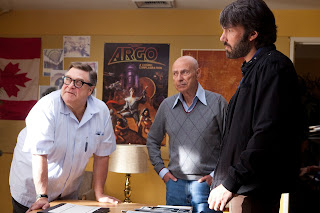 On November 4, 1979, as the Iranian revolution reaches its boiling point, militants storm the U.S. Embassy in Tehran, taking 52 Americans hostage. But, in the midst of the chaos, six Americans manage to slip away and find refuge in the home of Canadian Ambassador Ken Taylor. Knowing it is only a matter of time before the six are found out and likely killed, the Canadian and American governments ask the CIA to intervene. The CIA turns to their top “exfiltration” specialist, Tony Mendez, to come up with a plan to get the six Americans safely out of the country. A plan so incredible, it could only happen in the movies.

I loved the fact that the film is based on a true story, although how closely I am not sure, judging by some of the press I have seen. The film combines drama, dark humour and human nature brilliantly which, along with the atmosphere draws you in and has you captivated almost from the start.

At two hours long, I felt the film was about right length as it gave them a good chance to tell the story, without rushing it.  It is a film you need to concentrate on though, so I wouldn’t recommend it if you are feeling tired or looking for something light to pass the time.  Hubby enjoyed watching Argo, but there wasn’t enough “action” for Kian (12), and he preferred to play games on his iPod!

Argo received an impressive amount of gongs at some of the recent awards ceremonies and is well worth watching!