Skip to content
We were sent the Hot Wheels Ballistiks Rapid Fire Blaster to review. 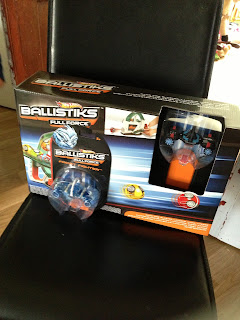 The idea of the blaster is that kids can rapidly fire the Ballistiks vehicles as they feed through the magazine slide, using the LED laser as a targeting guide. 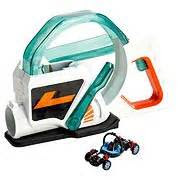 The Blaster was really easy to put together and Isaac was itching to get started straight away.  The Ballistiks vehicles were an instant hit, as you can roll them up in a ball and when they hit the floor (or their target), they transform into cars.  Apparently this feature is “Awesome”. 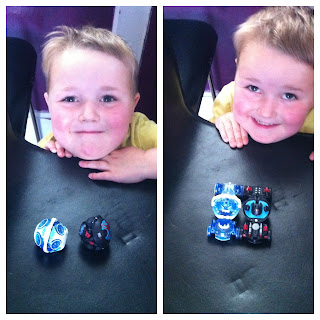 The concept of the blaster really appealed to Isaac and his big brother Kian.  It is really easy to shoot but the cars don’t always convert when they hit the floor which is a bit disappointing. 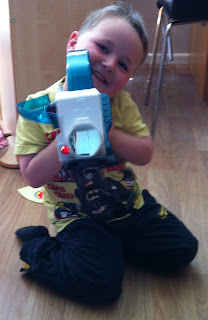 We initially forgot to put the batteries in the blaster and I thought that this may have been the reason the cars didn’t transform on impact.  However, instead of making the cars fire out faster, all the batteries did was make the LED targeting light work – a little disappointing in my eyes, but Isaac didn’t seem at all bothered.
The translucent design does let you see the Ballistiks as they feed through the Blaster, but it only comes with one, so you would have to invest in four or five to get the real benefit from this toy.
Isaac really does enjoy playing with it – seeing how far and fast the Ballistiks travel, and you can buy lots of other accessories to go with it to, but personally I would not spend £19.99 on it.
.