Skip to content
Do you remember Teenage Mutant Hero Ninja Turtles?
I certainly do, and back in 1987 when the TV series came out, it was a must watch program on the TV – inspiring such phrases as “Cowabunga Dude”, “Heroes in a Half Shell” and making Pizza the must have meal!
Fast forward to the present day, and the renamed Teenage Mutant Ninja Turtles (TMNT) are back and taking over the playground, if my son’s school is anything to go by.
They are still teenagers, still bicker amongst themselves and still have ridiculously cool names – Michaelangelo, Donatello, Raphael and Leonardo and are voiced by some very famous actors!
We were invited to the launch of some of their new toys at London Zoo last week and they were a as much of a hit with Kian (12) as they were with Isaac (5) – even Daddy and Eliza were off enjoying themselves. 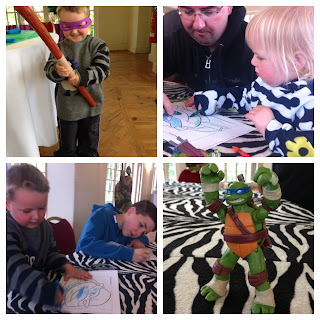 The kids were invited to take part in a colouring competition and play with all the toys on display as much as they wanted.  In fact, they had so much fun that they didn’t want to go and look around the zoo! 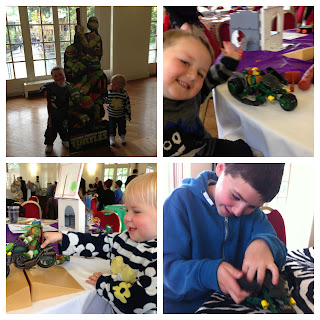 They were racing bikes, skateboards and cars; building ramps; sending characters down zip lines and literally flinging pizza’s and sewer lids at each other from the new Flinger toys – less dangerous as it sounds as they are fast firing, small plastic discs that are propelled from the characters chests! 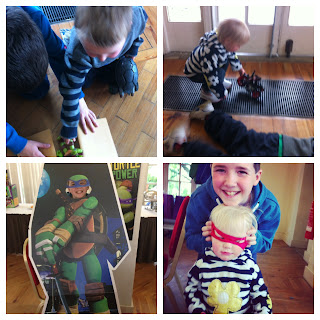 It is safe to say the toys are a hit, and they have barely stopped playing with them since we came home……. in fact we have already added to them and they are starting to take over!  Some of the talking ones can get annoying as randomly go off even when the kids are not playing with them, so we need to make sure they are packed away securely.
Isaac is desperate for the next wave of toys to be released which features more baddies including Dog Pound and Fish Face plus a goodie called Metal Head who was built by Donatello. 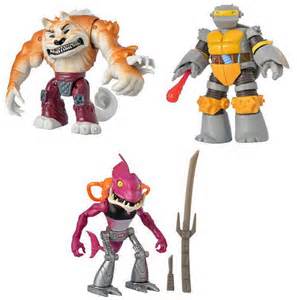 Then there are the Mutagen Ooze Turtles who come with their very own ooze pack, so you can fight crime with slime by blasting gruesome goop at the enemy – every boys dream toy!! 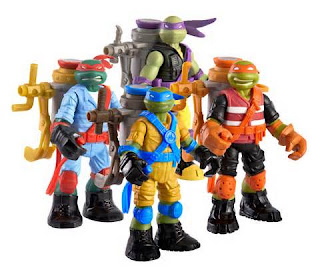 And the Drop Copter with deadly ooze droppers and a working mechanical lift, you can cover your enemy and save the day with a totally awesome rescue. The Drop copter is compatible with all four turtles figure so you can choose the best turtle for the job! 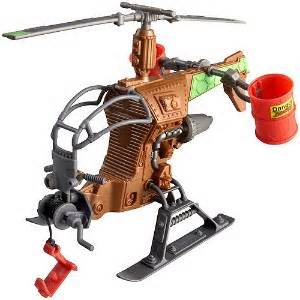 Of course there is the TV series too, which they say is “Funnier and “ninja-ier” than ever before!”.
Nickelodeon’s Teenage Mutant Ninja Turtles  TV series is based on four mutant turtles – Leonardo, Donatello, Raphael, and Michelangelo – trained in the art of ninjutsu by their mutant rat sensei, Master Splinter, who teaches the Turtles to battle evil from the New York City sewers.
Teenage Mutant Ninja Turtles airs Saturdays at 9:30 am on Nickelodeon and 7.30am on ITV, but if you have Sky or Virgin, you can watch it on demand and catch up on the episodes that you have missed.
TMNT are definitely the coolest toys in this house now, and we did manage to crowbar the kids away and explore some of the zoo too, despite the torrential rain. 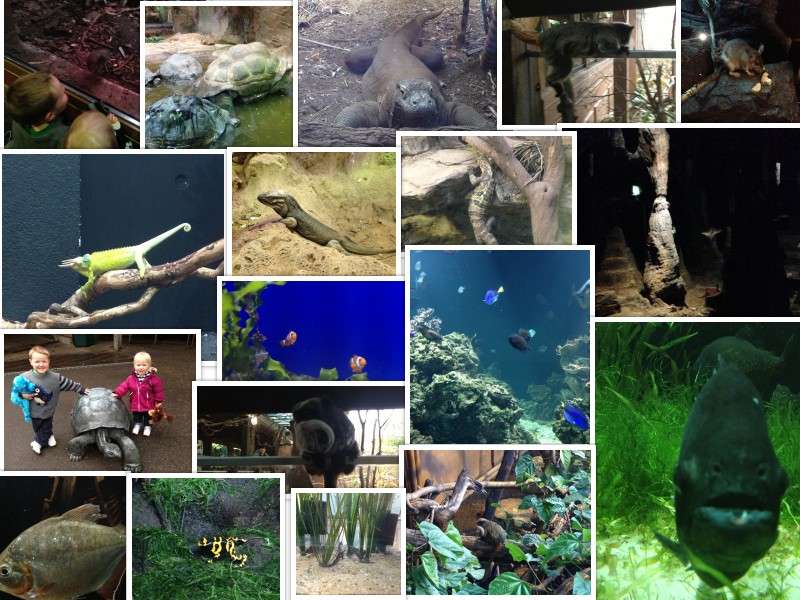