Tonto and The Lone Ranger ride again to battle greed and corruption in these all new playsets from LEGO!

The launch of Lone Ranger Lego is being timed to coincide with the movie release of Walt Disney Pictures feature film The Lone Ranger, starring Johnny Depp which is released on 9th August across cinemas in the UK.  I have to admit I am very excited by the film since finding out it has been done by the same team behind Pirates of the Caribbean.  It promises to be filled with action and humour (and Johnny Depp)!
Isaac has been obsessed by cowboys ever since we visited Disneyland and went to the Wild West Show.  At 5 he is a little young to build these sets on his own, but big brother Kian was more than happy to help. 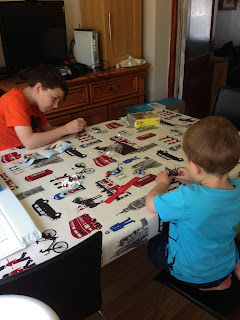 We were sent the Cavalry Builder Set to review and I was immediately impressed. 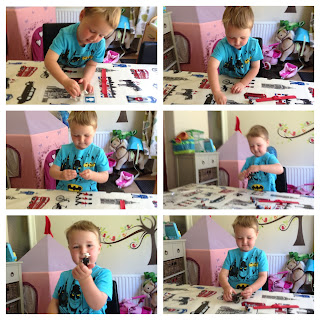 Kian built the set with Isaac and they immediately set up a fight scene between the Lone Ranger, his trusty steed Silver and the three cavalry soldiers. 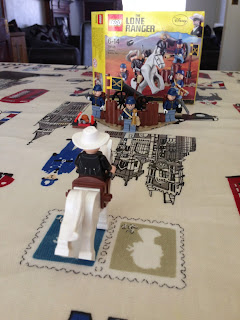 Beware though – the cannon really does work and does shoot quite far, so if you have little ones about make sure they don’t try and eat the cannon ball. 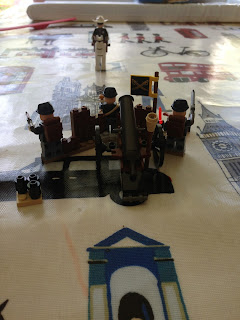 The LEGO Lone Ranger range launches in all good retailers from 19th July 2013.