I have finally popped my festival cherry and all I can say is “Wow – what a fantastic experience”  – I wish we had done it sooner.

Camp Bestival is billed as a family friendly festival with music, arts, shows, food, activities, camping and so much more, all set in the beautiful grounds of Lulworth Castle in Dorset.
We were worried about the traffic, but took the back roads through deepest, darkest Dorset and didn’t encounter any festival traffic at all – the benefits of being local.  From the moment we arrived we knew it was going to be an unforgettable experience. 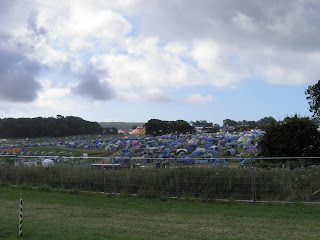 The car park is quite a way from the actual festival site and it took us about 15 minutes to walk up to the entrance.  We did pass quite literally hundreds of Tents, Yurts, TeePee’s and even motorhomes.  Kids were running around enjoying themselves and parents were relaxing clutching cups of tea (or was it something stronger).  Everyone looked relaxed and happy.  There were even shower and toilet facilities for them to use too.  I just wish we could have camped at least one night, but hubby couldn’t get the time off work.
Once we made it in, we headed for the main stage area to take part in Disney Planes paper plane throwing world record attempt.  We were handed our paper and instructed to make paper planes in readiness for the attempt at 10.30am.  There was even an instructor on the main stage showing us how to make the perfect paper plane! 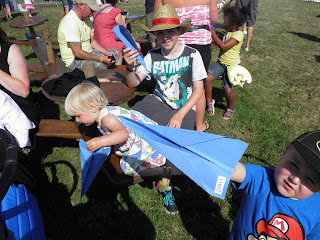 The world record attempt went off without a hitch and it was soon time for Mr Tumble to be on stage.  The compare remarked that he had never seen a main stage so packed that early in the morning before Mr Tumble came bounding on stage. 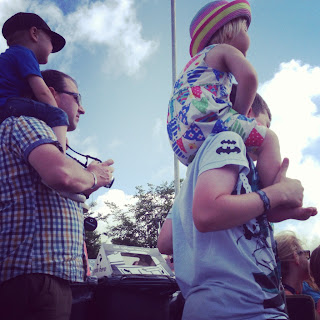 Much to Isaac’s delight Mr Tumble opened with Rockin Robin – his favourite song from the “Best of Friends” album.  He then continued with several other songs from the same album, a rather custard pie filled “5 Custard Pie’s in a Bakers Shop” and the finale was a rip roaring rendition of “Hands Up” before we all sang the “Goodbye song”.  Throughout his performance I noticed the parents were having just as much fun as the children and even knew all the words! 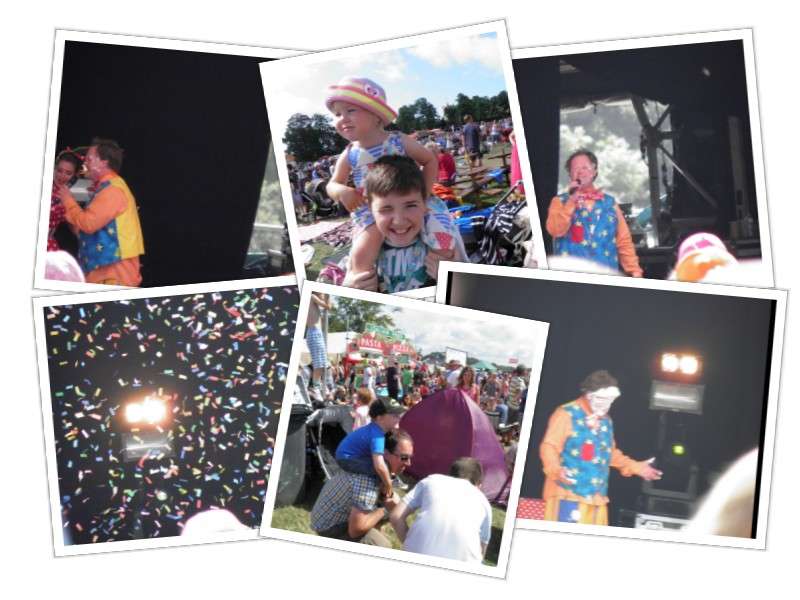 After Mr Tumble we decided to head off and explore.  There was too much to see and do in one day but we did as much as we could.
The event was filled with bunting, flags and decorations that were bright, colourful and inviting.  There was a couple of fairground rides which cost extra but the vast majority of activities were free, extreme bike riding – even a wall of death show.  A whole field was devoted to the small people in our lives with arts, crafts, games, soft play, science shows and even a huge sandpit.  The boys favourite was the Skylanders Swap force area where they got to be one of the first to try out the new game. 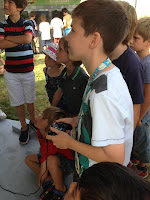 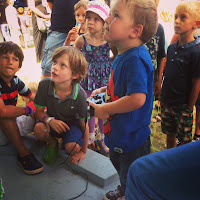 One of my favourite shows was the Insect Circus which drew gasps, giggles and cheers from the crowd as it was a mixture of comedy, costumes and circus skills. 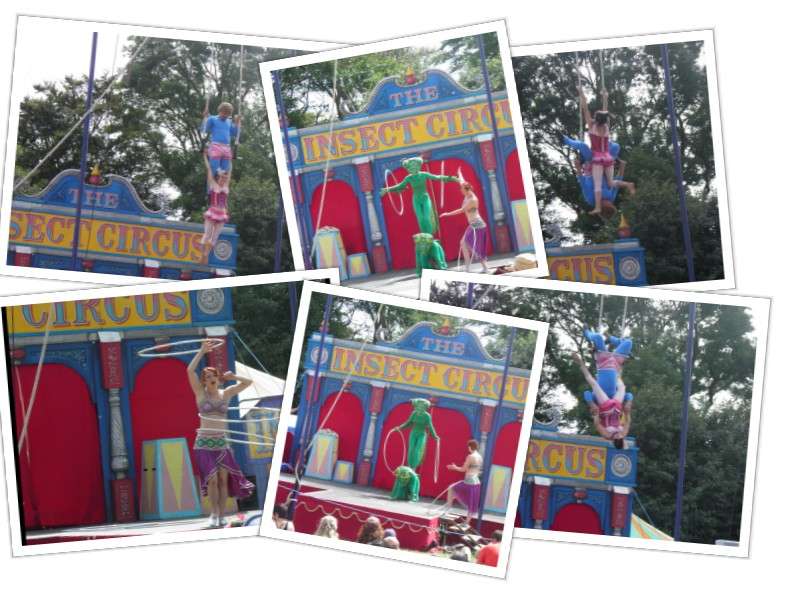 Hubby on the other hand taught Kian, Isaac and Eliza how to rave alongside a fabulous set by Grandmaster Flash.
We also got to meet up with some of my favourite bloggers who were also at Camp Bestival.  You can see what they thought on the links below:I want to try a Podpad like Not Another Mummy Blog

Melksham Mum has some of the best photo’s!

A Residence found the Dingly Den, which Eliza would have loved!

Hello it’s Gemma tells you why YOU should go

Modern Mummy tells you what you need as beginners 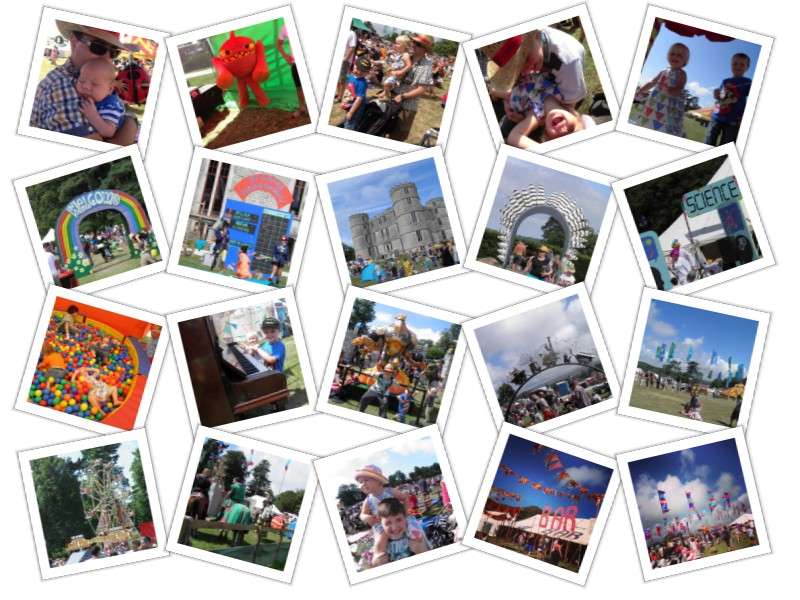 I will definitely be back next year and camping as I don’t want to miss what they will do to beat this finale……….