We have had a few pets over the years – a rabbit called Jessica who used to escape on a daily basis just to wind up the dog next door; a hamster called Sparkle who ended up living with someone else as those promises of cleaning him out were never fulfilled by the kids; and a few cats along the way.

I love cats, they are independent creatures who pretty much look after themselves and will come in for a cuddle when they feel like it.  The only thing I don’t appreciate are the little gifts they sometimes bring in………. we have had a live mouse which was a nightmare to try and catch to put back outside as it kept running under our dresser, a toad which I was trying to get to hop back outside with a large book but it kept changing direction and the poor little birds that seem to provide so much entertainment for them.

I am lucky enough to back onto a park so my cats often come and join us for playtime, much to the delight of all the children there.

Meet Scamp (so called because the day I got her she shot out of her basket straight up my net curtains and slid back down again). She is the tolerant one who will let the kids sit on her, pull her tail etc…….. 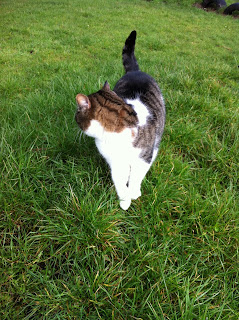 And this is her sister Muggles who loves cuddles but not being chased by the kids…….. 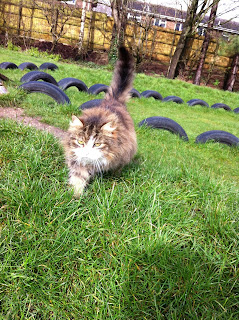 They come as a pair! 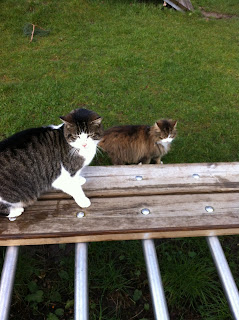