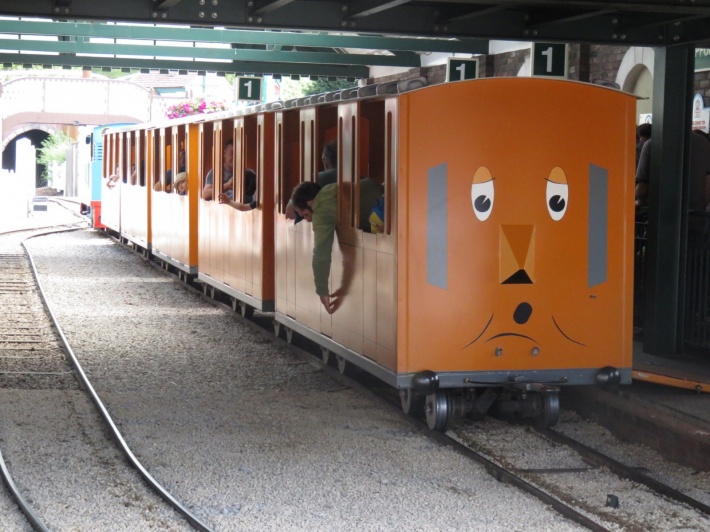 It’s funny how my children are all obsessed by different TV series / toys, despite having access to the same ones.

With Abbey it was everything Disney, Callan was Bob the Builder, Kian was Thomas the Tank Engine, Isaac was Fireman Sam and Eliza is Ben & Holly!
We used to love taking Kian to Swanage Railway when they were running their Day out with Thomas” events and were really disappointed when they stopped doing them.  Kian could name every engine by the age of 2 and had a huge collection of Thomas sets that we still have to this day.

How I wish Thomas Land had been open when he was little as he would have been in heaven.

We were invited to Drayton Manor, home to Thomas Land for the launch of Thomas King of the Railway.  The film is only an hour long so got to explore the park before and after. 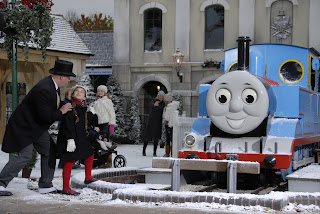 The set up of the park reminded me of Paultons Park and Peppa Pig World, with a separate area for Thomas Land, a Zoo and Drayton Manor theme park itself.  We started off in Thomas Land and I have to admit I was initially disappointed. 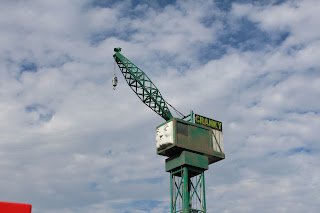 After a 3 hour drive, Sebastian was in desperate need of a change of nappy and a feed, so hubby took Isaac and Eliza off to go on Harold the Helicopter ride.  I was left to sort out Sebastian, so went looking for the baby changing room – it was disgusting.  I found it dull, dingy and filthy, with just a worktop type table to change him on and no feeding area.  It was that bad that I ended up changing him in his pram and sitting outside on the bench to feed him.

The rest of the park was clean, tidy and well presented, although a few rides looked old and tired.  With Isaac and Eliza both under 1 metre tall I was also really surprised that they couldn’t go on Diesel Locomotion Mayhem and Rocking Bulstrode especially as Thomas the Tank Engine is aimed at pre-schoolers. However, what they could go on they loved!
After Sebastian had been fed we decided to catch to the train from Knapford Station, which was brilliantly done and with only 10 minutes between trains, was only a short wait until the next one arrived. 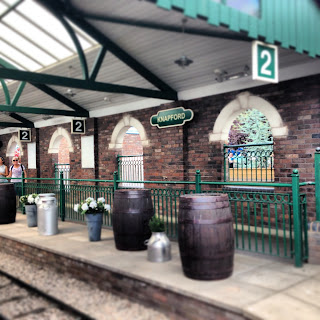 The staff were super helpful and chatted to the kids about their favourite trains, before helping us load the pram and the buggy onto Percy when he arrived to pick us up. 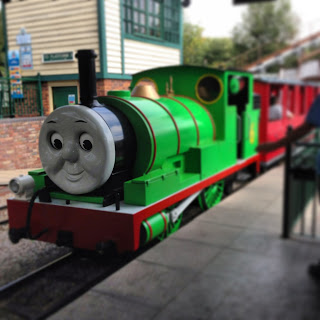 We climbed aboard and set off on our journey, spotting other characters as we went.
We got off at the other end of the park and found the Zoo, Terence’s Tractor Ride and a huge model railway with Thomas and his friends going about their work. Isaac’s favourite was the tractors and he stood as tall as he could so they would let him on. 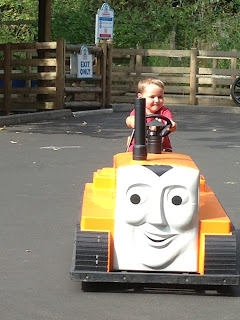 By now it was gone midday so we walked through the zoo to the 4D cinema to our screening of Thomas King of the Railway.  When we arrived the children got to play with Thomas toys and even get some free Popcorn, which went down very well indeed and soon it was time to see the film.

When the film had finished, we grabbed a bite to eat and Hubby went off with Kian to do some of the bigger rides, whilst I headed to see the Dinosaurs with Isaac and Eliza as they had spotted them on the way to the cinema.
Isaac was in his element looking at the Dinosaurs and was most amused by Mummy’s apparent failure at trying to pronounce their names. 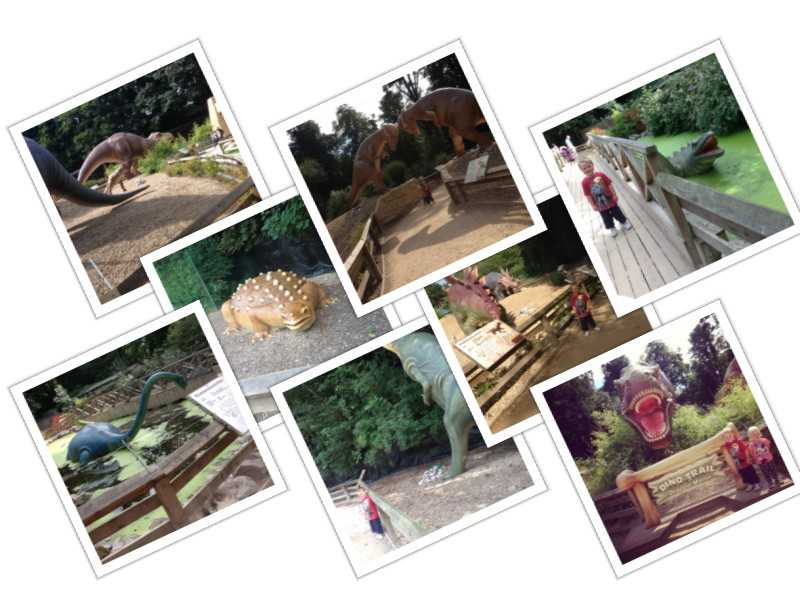 Once we had finished looking at the Dinosaurs, we headed back through the zoo (all the animals appeared to be hiding from us) to a large play area to burn off some steam….. 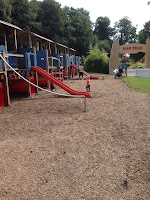 …..and then back to Thomas Land, this time aboard Clarabel with Thomas himself. 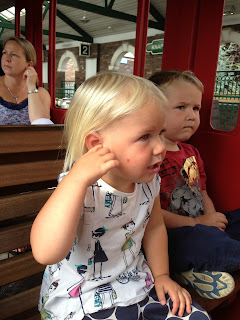 By now Thomas Land was deserted and we were walking straight onto rides with no queuing at all and even Sebastian got a go on Ladies Carousel and Sodor Classic cars! 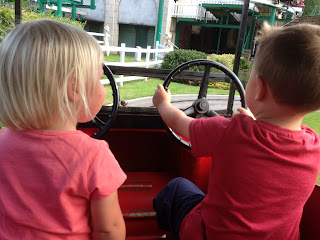 Daddy and Kian found us with no problem at all, bouncing about because they had also faced no queues at all and had ridden every ride in the park and were little damp to prove it thanks to the water rides.
I love Rollercoasters and have been desperate to try Shockwave (Europe’s only stand up rollercoaster) for years.  Despite having a caesarian 10 weeks previously, this was my opportunity to do it, so I left the little ones with Daddy and headed off with Kian.  We walked straight on and were off………no going back now.
It was Ah-Maz-ing.  I loved it, although I did hurt afterwards so made that my one rollercoaster of the day.  I watched Kian and Daddy do Apocalypse and then we went back to the safety of Winston’s Ride in Thomas Land. 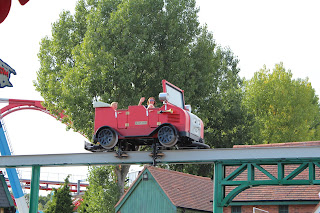 We had one final flight aboard Harold and it was time to go. 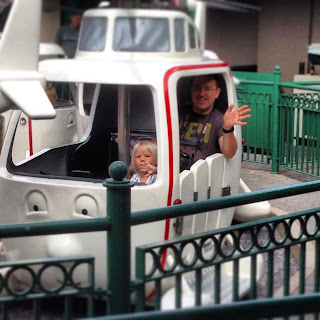 My only disappointment of the day was the state of the toilets and baby changing rooms, other than that we had a fantastic time and I would recommend it for any family as there is plenty to do for tots and teens.
My only other grumble is that you have to pay for parking on top of your entrance tickets – I hate this new practice introduced by many Theme Parks as you have no choice but to park there. 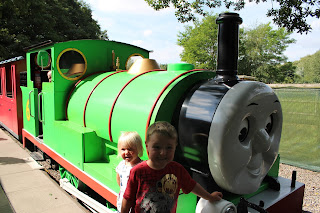 Thank you Drayton Manor and Thomas Land – we will be back soon as I have a new set of Thomas fans who are now playing with Kian’s old trains retrieved from the loft! 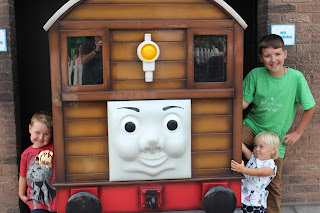