Last year I split Bournemouth Air Festival in four seperate posts, but this year I am going to combine all the fun in one.

Bournemouth Air Festival is THE thing I look forward to every summer and this year was no different, apart from the fact that hubby couldn’t get the time off work so I was doing it alone.

I have a system in place for the four days – Thursday is the quietest day, so we explore the stands that are lining along the promenade and find a patch of beach that is relatively close to the action.  We found @jurassiccoastin almost dead centre of Bournemouth and Boscombe Piers and he very kindly let us use his deckchairs (and kept me topped up with Dorset Tea) for the four days. 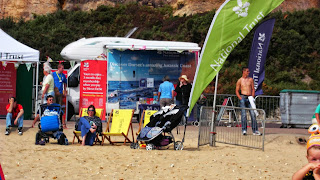 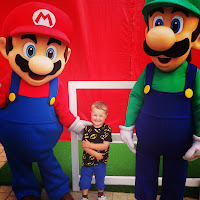 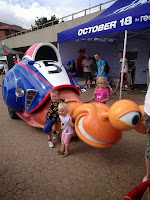 Pretended to fly in a Spitfire 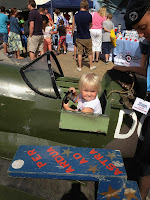 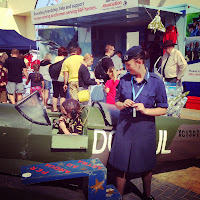 They all joined the Navy (well they think they did) 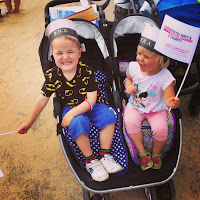 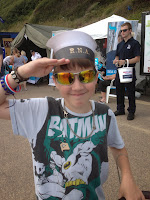 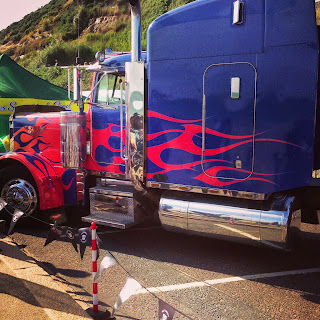 and of course, watched all the action in the air! 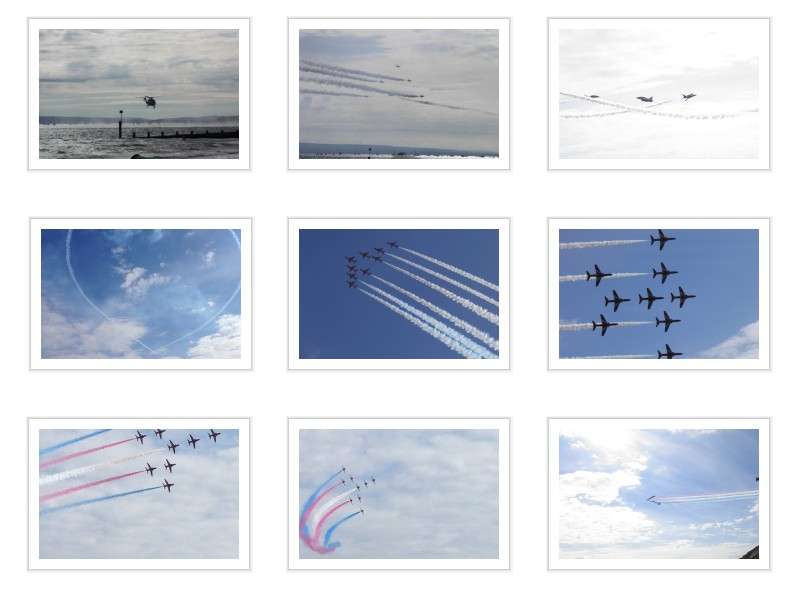 Friday:
Today the boys went Kayaking at Studland in the morning and we decided to hang around there to see the Typhoon, before realising that they had changed the times, so we headed back to Bournemouth.  I forgot that you couldn’t get near the cliff tops, so we ended up in Southbourne to watch it…… 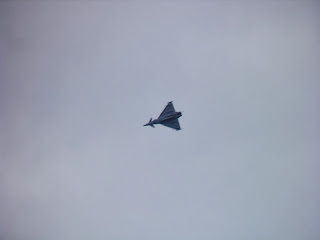 before heading off to Adventure Wonderland to see the action from the airport.  I adore the Red Arrows and even their take-off and landings are quite spectacular to watch! 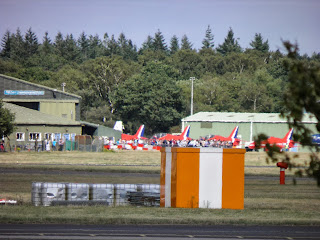 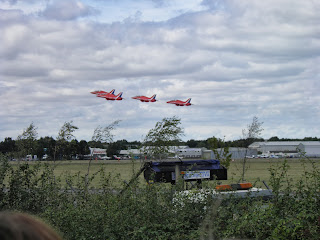 Although we couldn’t see their full display from our vantage point, they did put on a show when they came back into land.
Saturday:
Today Abbey and her boyfriend joined us at the beach, which the kids adored as it mean’t they had more people to play with. 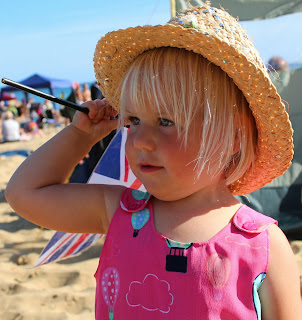 Once again all the planes put on a fantastic show and we had some very noisy ones displaying today. 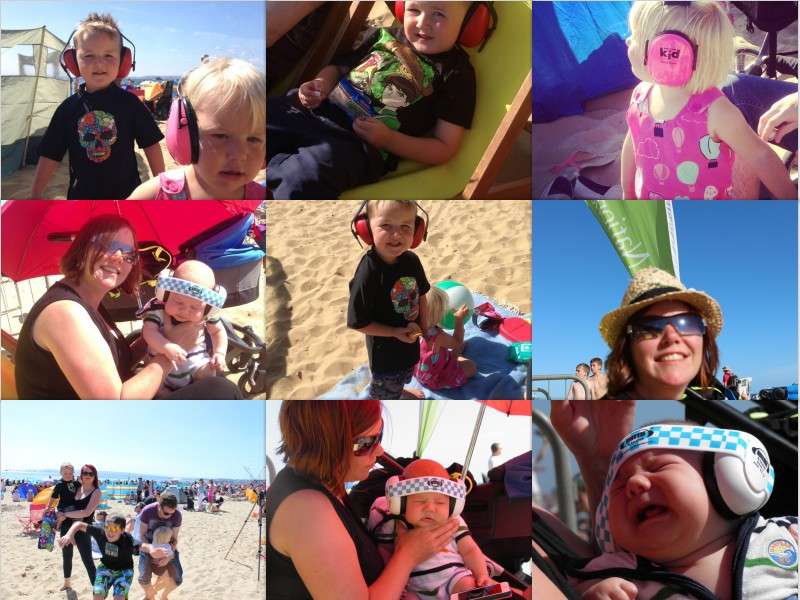 The Beach Assault was fantastic to watch too 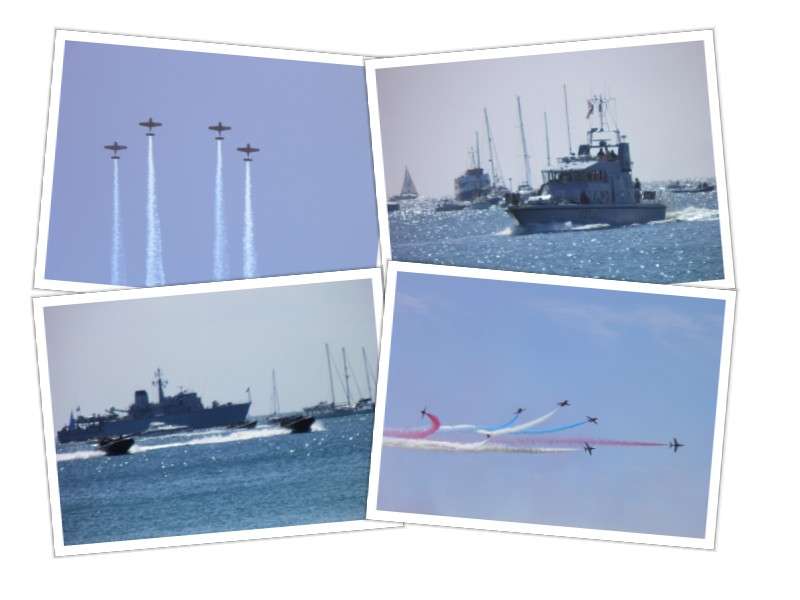 and we also got a visit from Pikachu! 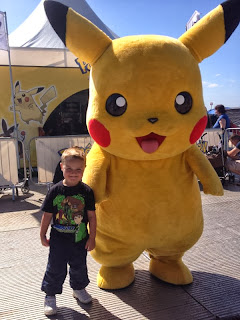 That evening, we decided to stay for Night Air and hubby joined us after work…….there is something spectacular about watching planes and parachutes with fireworks trailing behind them! 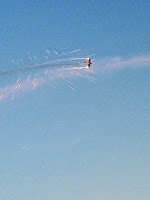 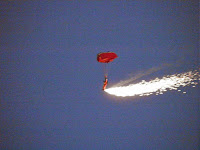 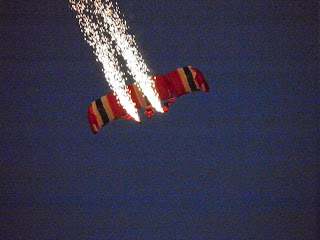 Sunday:
Today was the day………the Vulcan was coming to town and we arrived at the beach nice and early.  We stopped at the Haribo tent for our daily supply of sweeties and turned around to see Nanny and all of hubby’s Aunts wandering down the promenade, who decided to join us.
The Beach Landings today were even better than yesterday’s and the kids got as close as they could to the action with their cousins, whilst I stayed with Sebastian. 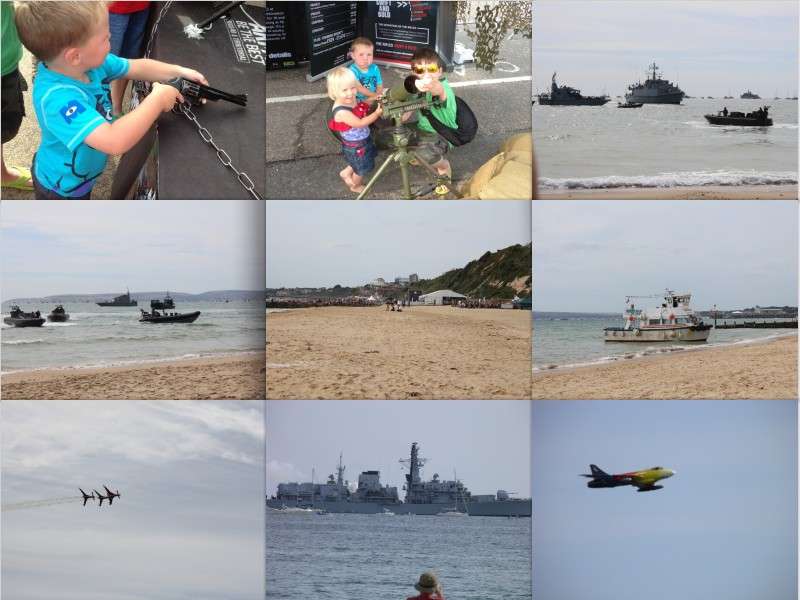 About 2pm it was announced in quick succession that the Vulcan and Sea Vixen would not be appearing due to technical issues and I have to admit we were all very disappointed.  We didn’t let it spoil the rest of the day though and the beautiful Hunter Jet MissDemeanour closed the show. 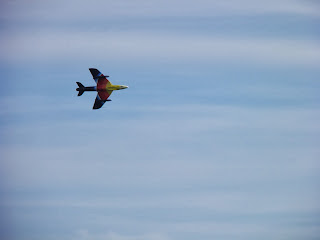 Probably one of the highlights of the whole of Bournemouth Air Festival was an improved social media aspect and I would like to thank the Red Arrows and @RAFRed10 for sharing these most amazing photographs with us, the crowd……
Thank you Bournemouth for a fantastic free event!