We had survived our first night in a caravan at Trevella Park and now it was time to decide which adventure we would be taking on first.  Upon checking the weather forecast it was clear that Tuesday would be the best day by far weather wise, so we chose to go to Adrenalin Quarry.

Situated just outside Liskeard in Cornwall, Adrenalin Quarry (formerly Clicker Quarry) is a disused Blue Elvin Quarry.  The Zip at Adrenalin Quarry is the UK’s Maddest zip wire. 490m long, 50m high and reaching speeds of 40mph. Twin parallel wires cross the flooded depths of the old quarry, sheer cliffs rise on either side – perfect for my adrenalin loving boys! 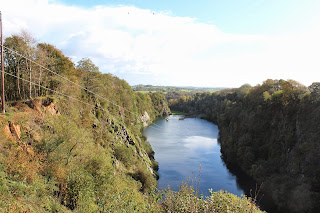 We got there nice and early so didn’t have to wait long at all before the boys were harnessed up and sent zooming down the Quarry.  It cost £25 each for them to do the zipwire and the giant swing, plus an extra £5 for the video which was uploaded to facebook within 10 minutes of their landing. 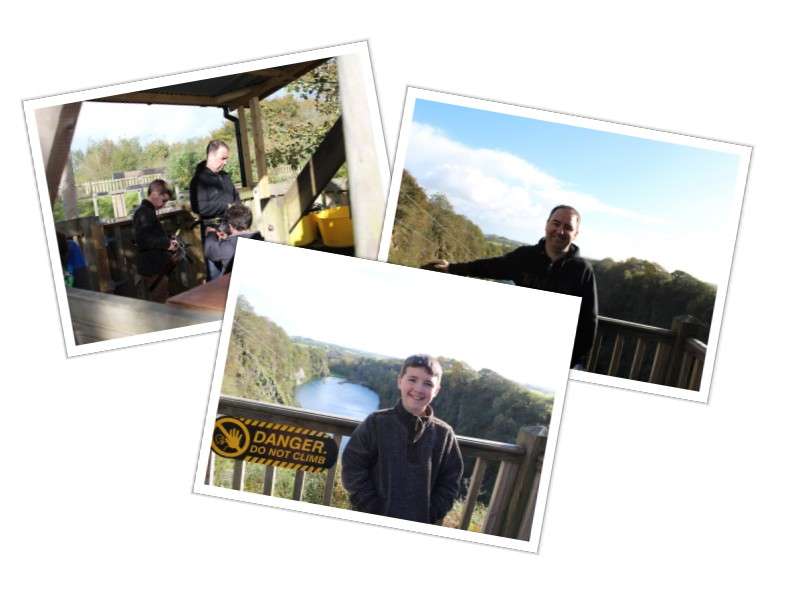 The best bit of the experience is that they got to do it together, racing, whooping and laughing the whole way down.  Kian got a helping hand on take off so he could compete with Dad! 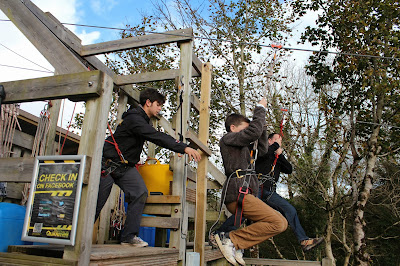 I was quite amused by the antics going on as they went down.
There was even some running man going on half way down! 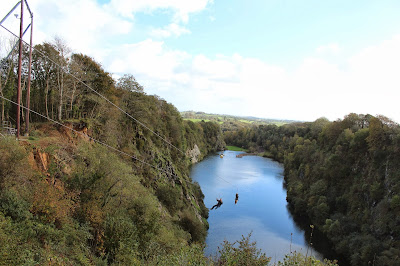 Once they had reached the bottom it was a 10 minute walk back up the hill and time for the giant swing which is perched at the top of the cliffs and hangs 50ft off the ground, 150ft over water. They were hoisted to 80° then plunged up to 3-at-a-time over the lake. Just when you think there’s no turning back, you pull out of the dive, briefly experience zero gravity, before doing it all again – backwards – brilliant.
First they were strapped on…… 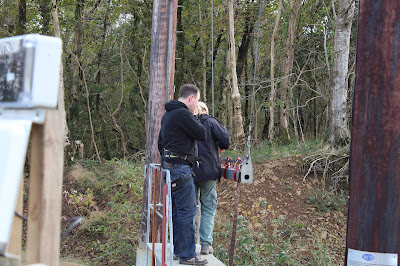 Then they were hoisted backwards……. 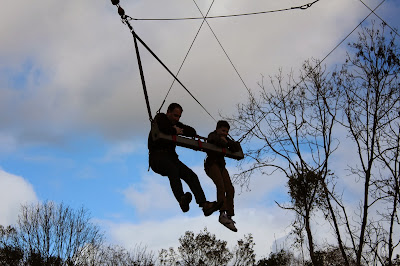 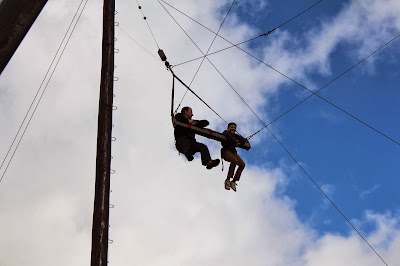 Hovering in mid air for a few seconds before they were released…. 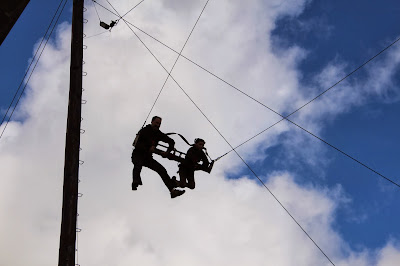 and launched over the quarry….. 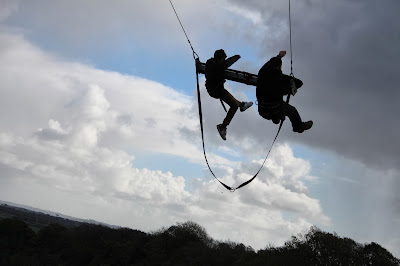 You can watch them here:
Isaac was old enough to join them but didn’t want to, so we made use of the small park instead.  Eliza wondered what all the fuss of the swing was?
Whilst Isaac climbed like a monkey. 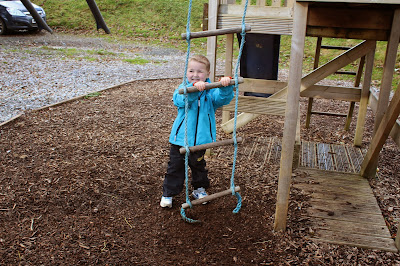 I was impressed with the facilities – they had plenty of viewing platforms, their staff were welcoming and helpful and they had plenty of clean toilets for when the nerves kicked in.
We will definitely be returning, only this time in the summer so the boys can do The Blob and I can zoom down the zipline once I am confident the harnesses won’t hurt my still sore tummy!