I long to be able to ride my bike again.

As a child we lived in a quiet village and my step brother and step sister and I would often go on long bike rides, making up our own adventures as we went.  Our parents were never worried about us as we had a time we had to be back for, so we rode for miles along the beach or over the South Downs!

Once I was older I used to make the 6 mile journey to school on my bike and back again.  Because of the winding country roads it was actually quicker to cycle as I just rode along the beach, and once I was working I rode there too until I got my own car.

I am desperately trying to teach Isaac to ride his bike and we are getting there, but he still isn’t confident enough to lose the stabilisers.  In all honesty his bike is a bit small for him, but I don’t want to get him another small bike, but one that will grow with him.  Kian likes to cycle too, although he did lose his confidence a little when he rode into a lamppost (he wasn’t looking where he was going). 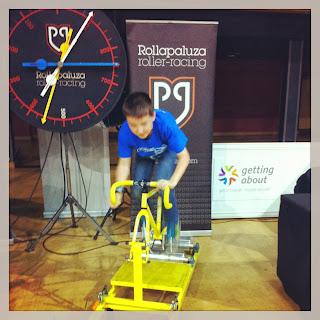 When I lost my car after Isaac was born I started cycling again, using my daughters bike with a baby seat on the back.  It was hard work at first, but I soon built up my fitness levels.  I did have a few hairy moments when Isaac decided he could wiggle from side to side and make the bike wobble though.

I have been looking into ways of getting fit again and up with swimming, cycling is top of my list as I can do this with little ones in tow.  Abbey’s bike is too small for me so if money was no object I would invest in a Ridley Ladies Bike with one of those trailers that you can sit two children in on the back – I have been warned they’re heavy though…….might attach to hubby’s bike, he won’t notice, will he?

I don’t want to do any road cycling, just places like Moors Valley and Canford Heath where I don’t have to worry about traffic.  Hubby on the other hand is considering cycling to work and has his eye on a Scott premium road bike to make his journey more comfortable.

Now we just need to get Isaac going so we can go on a proper family bike ride.  If anyone wants to volunteer to teach him I’d be very grateful.