I was super excited to be chosen as an Idea Toy Group Blogger back in the summer, but because of the gorgeous weather we had they decided not to send us any games to review then so we could make the most of the weather and play outside.

Sadly the lovely weather is over, but it does mean that we have now been sent some fantastic games to review, the only problem we had was choosing which one to play first!

Isaac liked the look of Don’t Take Busters Bones, so we chose this one.
Dare you steal Buster’s bones from his bowl……….You’ll need a steady hand as if Buster wakes, watch out he will bark and snap!

Recommended for age 4 and over the game does require 3 x AA batteries which are not included.  Thankfully we “borrowed” the ones out of his Wii controller to use.  Buster was very easy to set up and it was time to play. 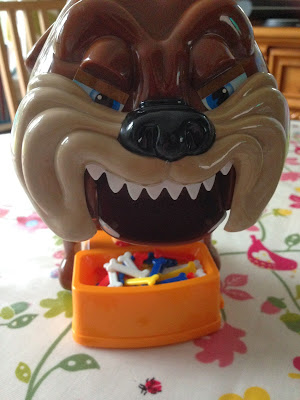 I have to admit that Buster does look a bit menacing.  You twist his head to oneside so he is lying down and switch him on.  He then snores peacefully.
The idea of the game is to steal Busters Bones without waking him up using some tweezers. You are also given a pack of cards which tells you which colour bone you have to take.  The youngest player goes first.
It probably wasn’t the wisest move letting Eliza try it without seeing what happens as Buster woke up, Buster leaped forwards and he barked loudly……..let’s just say she didn’t like it!

Next it was Isaac’s turn and after seeing what happened to Eliza he did it very quickly, hence the blurry photo. 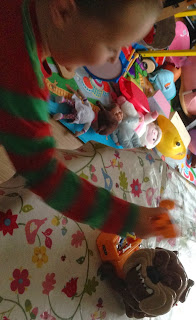 By this time Kian had been distracted from his XBox by the roars of laughter as we tried to steal Busters Bones (we switched it off for Eliza), and showed us how it was done! 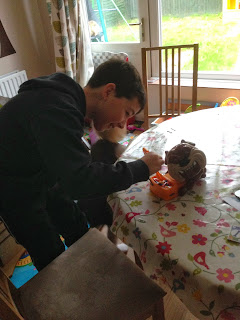 If your child has a nervous disposition or a fear of dogs then I would not recommend this game, however, if they like a challenge and prepared to be made to jump then it is a good fun game which helps develop their dexterity, speed and hand / eye co-ordination. 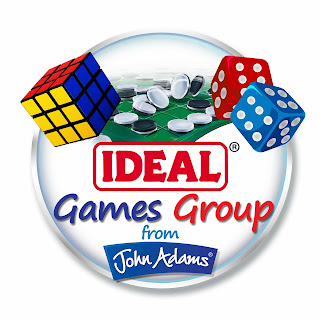