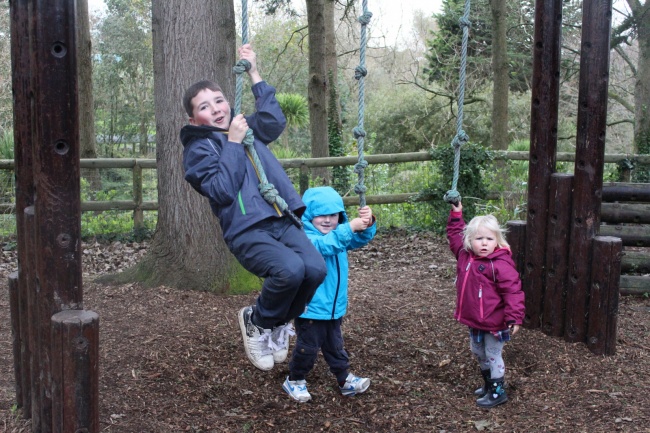 We have holidayed in Newquay a couple of times previously but had never visited the zoo, so with little ones who are obsessed with Steve Backshall and Deadly 60 it was top of the list to visit.

Newquay Zoo looked tiny when we pulled up in the car, and it had just started raining so I was worried it may be a flying visit.  Thankfully the rain cleared quite quickly and we headed off inside. 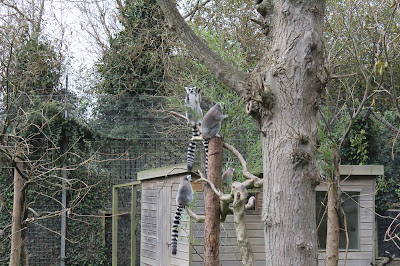 One of the first animals we found were the Lemurs and they had soon encouraged my little (or not so little) monkey’s to do there own bit of swinging. 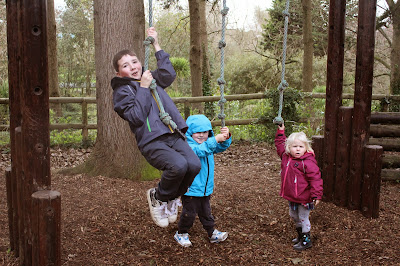 Although the zoo was clean and tidy it did feel a bit tired and worn, but that may have been because the weather was so dull and grey. 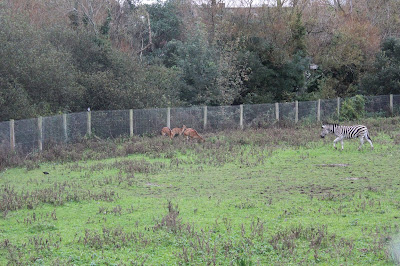 The Otter had a huge enclosure and we watched him for ages as it looked like he was trying to dig his way out! 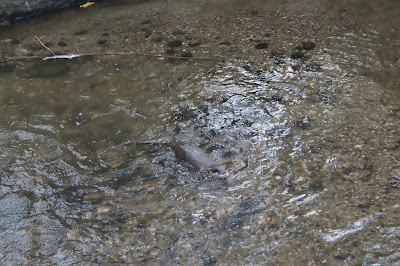 Sebastian was in his baby carrier for the trip around the zoo and loved looking at all the animals.  He seemed particularly taken with the Penguins! 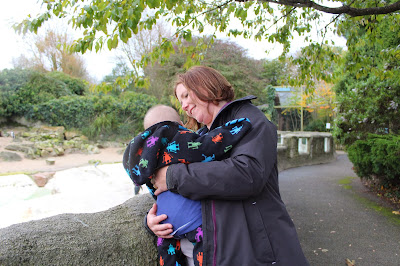 I wasn’t threatening to throw him in – honest! 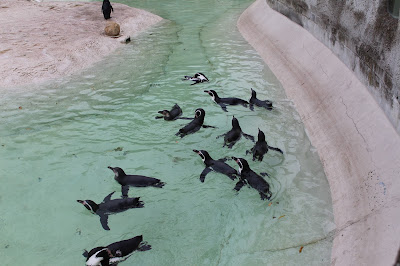 The zoo is actually bigger than it looks on the outside and it took us a good couple of hours to get around.  It would have been longer if we had stopped to do some of the activities they were offering.  The kids did hover around Stamford the Lion though as he was displaying his ball skills! 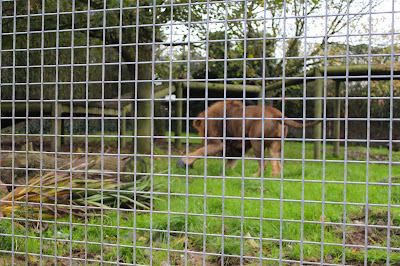 We were all captivated by the beautiful Lynx that had stunning amber eyes. 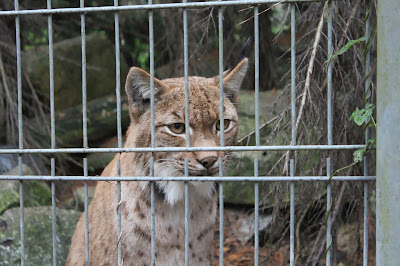 Whenever we visit Marwell, we seem to miss seeing the Red Panda as it lives high up in the trees but we had better luck on our visit to Newquay Zoo and got to see just how gorgeous they are. 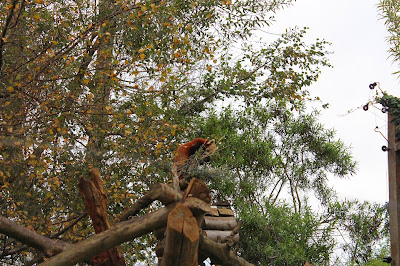 Isaac and Kian were in their element in the reptile house – what is it with boys and all thinks creepy crawly or scaly? 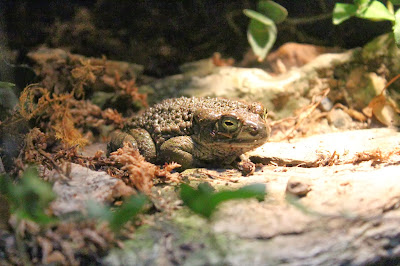 We were a bit disappointed that the face painters and crafting area had closed by the time we found them, but the kids were happy enough to have seen the animals.  At £36.30 for the family it was very reasonable, especially as the tickets were valid for the next 7 days.

There isn’t enough to do for a full days experience, but if you are there in the summer it’s nice and central and a good break from surfing and the beaches!