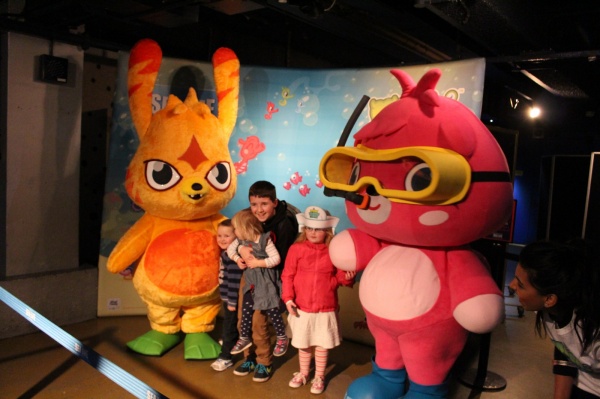 Moshi Monsters™ splash down at SEA LIFE to encourage youngsters to get involved with marine conservation. Over the course of this year, SEA LIFE will see the introduction of the Moshi Marine Force across UK centres to inspire youngsters to help protect our shores. As well as the Moshi Marine Force activity, Moshi Monsters is introducing an exclusive Moshling™,Lubber the Whimsical Whale, who will be available in-game at MoshiMonsters.com for Force members as well as to buy as a collectible figure. 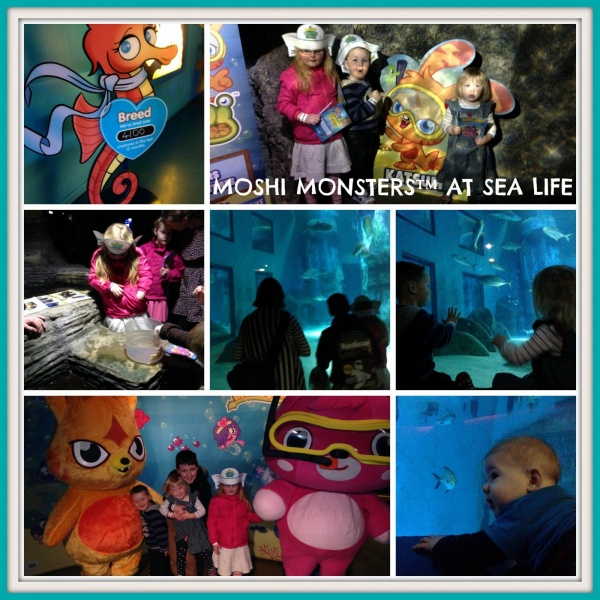 As part of the Moshi Marine Force, kids will be able to submerge themselves in interactive, fin-tastic quiz trails at SEA LIFE centres to become a fully fledged Buster Conservation Hero, modelled on Buster Bumblechops; the Monster whose job it is to look after Moshlings in-game. There will also be six Moshlings hidden around each SEA LIFE centre swimming with clown fish, crustaceans and coral for children to find – once found, a special Lubber the Whale will be unlocked in-game and kids will get a Conservation Hero Certificate. 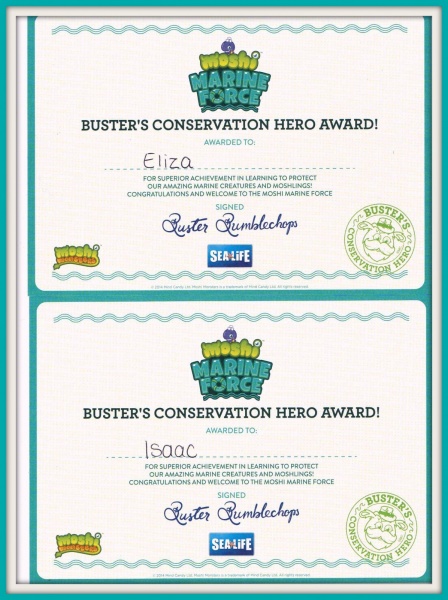 The activity will take place throughout the year at all UK SEA LIFE centres starting at the SEA LIFE London Aquarium on Sunday 16th March and ending at the Brighton SEA LIFE Centre on Sunday 9th November. Participating kids can nose dive into the world of Moshi Monsters where they will be able to meet Buster, Poppet and Katsuma and also bring in their Moshlings to swap with other collectors. 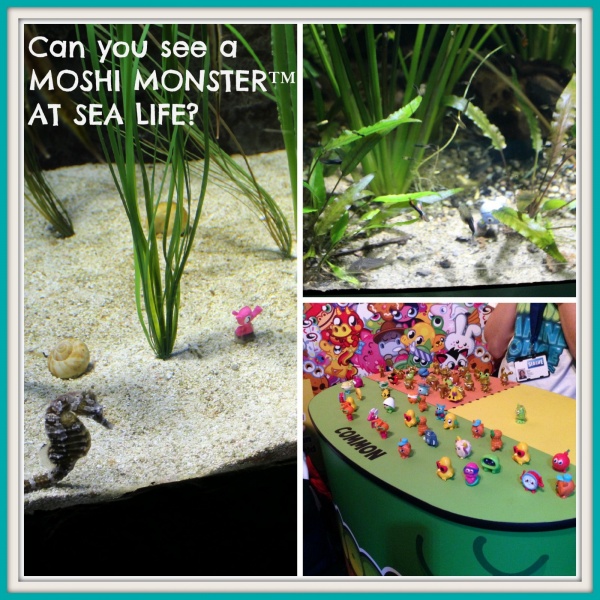 Sarah Taylor, Head of Conservation at SEA LIFE, said about the activity; “We’re really excited about the creation of the Moshi Marine Force. It’s a great chance to get kids involved with all the fantastic conservation work we do and to reach out to them through the medium of Moshi Monsters.” 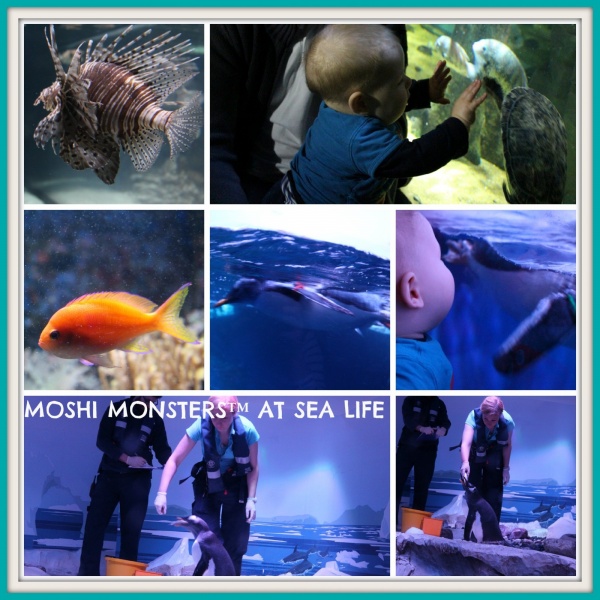 Commenting on the partnership, CEO and founder of Mind Candy, Michael Acton Smith said: “SEA LIFE is a great fit for us. We already have the Fishies andSploshies Moshling sets, so it’s great that we can add Salties and Lubber the Whimsical Whale to the collection! We know how important it is to protect the environment, so we hope the Moshi Marine Force will help!” 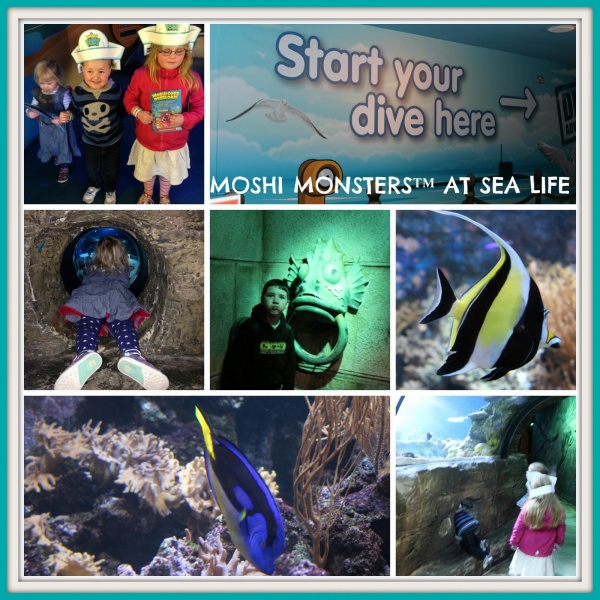 SEA LIFE has a rich history in marine conservation, from rescuing and rehabilitating dolphins and turtles found along the UK coast, to leading research and campaigning against whaling. The Moshi Marine Force and SEA LIFE’s partnership with the global kids brand, aims to inspire the younger generation to get involved with marine conservation. 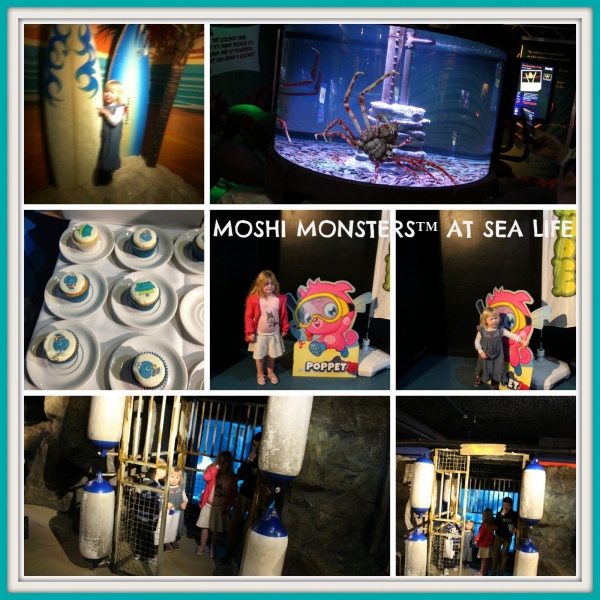 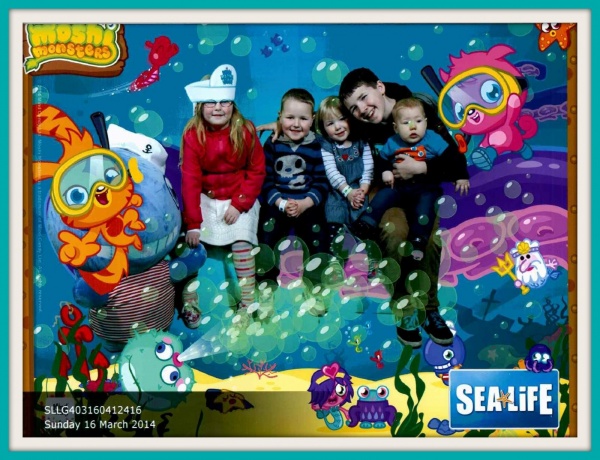 We were lucky enough to go to the launch and the kids had great fun looking for the Moshi Monsters amongst all the fish.  Sebastian was particularly taken by the Turtles and the Penguins who came right up to the window to see him!

If you visit the London Aquarium, make sure you explore the South Bank too as there is loads to see and do.