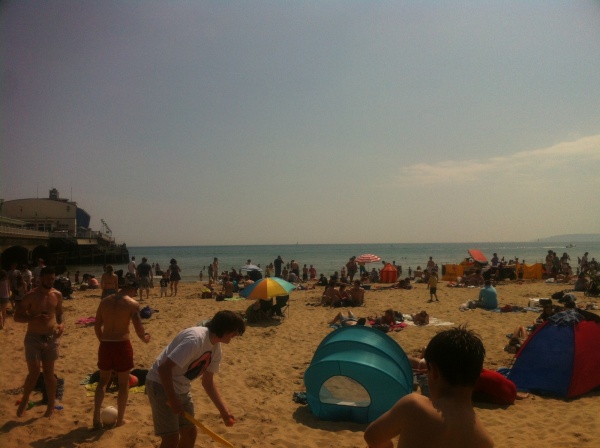 At 13, Kian is starting to become ever more independent and often doesn’t want to join us on days out with the little ones, even though he has a fab time when we are there.

The trouble is, if I let him stay at home you can guarantee that he won’t move from the Xbox or laptop so I normally end up insisting he comes along.

Hubby and I were always out as kids and were always outside come rain or shine.  I have fond memories of exploring my local area, playing with friends in the park and heading into town on the train, so it has been frustrating watching Kian want to stay at home and play games online with his friends.

I know if is their way of playing these days and I can hear him chatting and laughing on his headset whilst building the most amazing worlds on Minecraft, but it just isn’t the same as going out and about with your friends.

This weekend we got the question we were hoping for and dreading all at the same time!

“Mum, can I go the beach with my friends?”

As a parent, all the dangers suddenly leap in to your mind and then the realisation that your baby is growing up……and fast!

He was questioned (not in a Spanish inquisition type way) about who he was going with and what they planned to do. Thankfully his friends are quite a sensible bunch so I was happy that he would be in a good group.  He wanted a lift into Bournemouth, which I was happy to do and had arranged to meet his friends outside the Oceanarium.  Pretty organised for a group of 13 year old boys!

On the morning of his day out, not only was he up on time but he had sensibly packed his bag with food, a towel and swimming shorts.  The only thing I had to add was sunscreen and I made sure he had coated himself before we left.

I dropped him off and he was gone.

I got a text to let me know he had found his friends ok and I didn’t hear from him again until he wanted to be picked up.

He had a wonderful time!

Free from parental restrictions and small siblings demanding attention he got to do what he wanted to do.  I got tales of football on the beach, swimming in the rather chilly sea and an amazing new game using a Waboba ball (think bouncy ball you use on water) and the obligatory ice cream.

He even re-applied sunscreen, although it does appear that 13 year old boys won’t ask each other for help as he has a line of sunburn just below his shoulders as he couldn’t quite reach…………next time I will do his back before he goes.

24 thoughts on “A Little Bit of Rope”