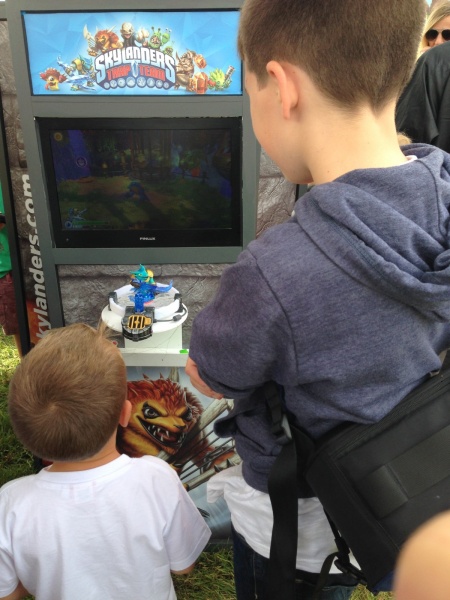 I am finding the teen a real struggle these summer holidays!

Not because he is naughty, or under my feet, or rude, but because he is choosing to spend ALL his time in his bedroom like a bat in a Belfry, only appearing for food or a drink.

Try as I might to get him to phone his friends and arrange to go out, he just won’t do it and getting him out the house is like pulling teeth!

Much as I love my technology, I do blame it for this.  He is either on his laptop, his phone or the XBox – yes he is talking to his friends online and socialising, but what has happened to going on a really long bike ride, or having a kick about with friends.

I know he is getting some fresh air as we drag him along on many of our days out, sometimes he enjoys himself and other times he just sulks.  It is really hard balancing the needs of a teen and the little ones, but I like to think we get it almost right, but even at Camp Bestival, where they had a teen zone, he didn’t want to go and join in with his peers.

It also frustrates me that he cannot get a job because of his age.  The waiting list for a paper round at the local newsagent is miles long and the Post Office has stopped running theirs because there just isn’t the demand for papers these days.  I think earning his own money would encourage him to go out more as he would be able to spend his money on going out. We certainly cannot afford to foot the bill for the cinema / bowling / swimming every week.

I have persuaded him to organise for him and his friends to go to Laser Quest and Thursday and hope that it will encourage them to get out and about for the remainder of the summer holiday.

How do you persuade your teen to get out and about and not spend 24/7 on technology?

24 thoughts on “The Bat in the Belfry”