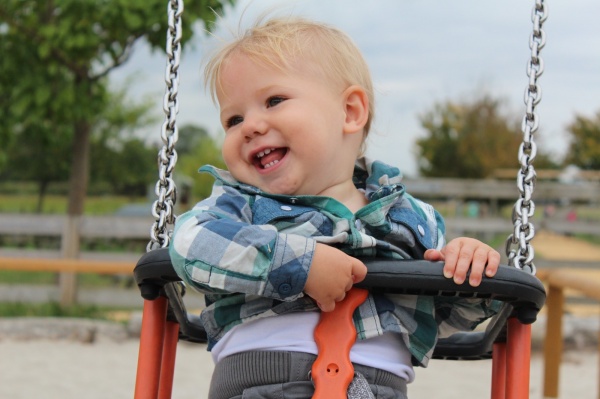 Infant fashions are so trendy these days that millions of mums are getting ‘baby wardrobe envy’ because they’re not feeling confident with their post-pregnancy look.

More than seven in ten mothers feel their babies are better dressed than they are. While they avoid tight clothing and impractical tops, many babies have the latest designer outfits, just like celebrity tots such as baby North, the daughter of Kim Kardashian and Kanye West.

The study among 500 new mums with children aged three or less, commissioned by detergent brand Persil Non-Bio and fabric conditioner Comfort Pure, turns the spotlight on the wardrobe dilemmas faced by new mums.

The survey shows 73 per cent of new mums think their babies have a better wardrobe than them, as they spend nearly half the amount on themselves once they have had a baby.

The amount spent on their own clothes drops from an average £57 a month before pregnancy to just £29 a month after giving birth.

One in three new mums admit they rarely or never look in the mirror, claiming they have more pressing things on their minds than their own appearance.

They admit to spending an average 64 per cent less time getting themselves ready in the morning after having a baby.

More than seven in 10 new mums (76 per cent) admit to being bored of wearing the same old outfits several times a week.

Nearly a third (28 per cent) of new mums say they lack inspiration on what to wear after having a baby, while one in four claim they have no suitable clothes for breastfeeding a baby.

The guide provides practical and stylish wardrobe ideas and quick and easy fashion tips, giving new mums fashion inspiration without requiring them to worry about their wardrobe or investing in impractical and expensive clothing.

Grace said: “Having had my little boy six months ago, I have struggled with the overhaul my wardrobe needed to help me look and feel great. I’ve compiled these style tips as I want mums to give themselves some attention too, so that they can celebrate their bodies and this new chapter in their live.  After all, there’s nothing more beautiful than self-confidence and the joy that comes from being a new mum.”

Michelle Kimber, brand manager for Persil Non-Bio and Comfort Pure, said: “Our research shows that mums can lack inspiration and feel they have no time for themselves once baby arrives. We know that mums want more information and advice about dressing post-baby and that’s why we  have teamed up with Grace Woodward  to help mums get their style mojo back and feel as great about their new look as they do with their new, exciting life.”

The style guide can be downloaded from the website www.persilandcomfort.co.uk.