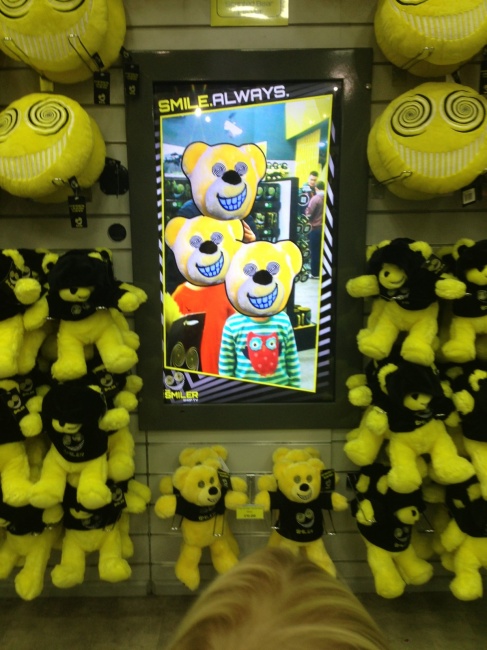 I wanted to blog about Alton Towers as the perfect location for a family visit, but CBeebiesland was so spectacular that it deserved a blog post all to itself, so what is there to do for big kids?

If you are a thrill seeker then it is safe to say loads!  In fact there was so much to do, we still hadn’t completed it all in the two days we were there!!!

My one piece of advice would be to plan which rides are the ones you don’t want to miss before you get there and if you can afford it, investing in fast track tickets will mean you get to go on more rides.

The main focus of our trip to Alton Towers was to ride Smiler – the all new 14 looping rollercoaster that opened last year.  It is not for the faint hearted as it features a series of twisted psychological effects including optical illusions, blinding lights and near misses designed to mess with your mind!  It has plunging drops of 30m, a ride time of 165 seconds and a track length 3x the length of Oblivion!

We used the parent passes to get on this ride, which meant hubby and Kian queued first, and once they were off the ride I went back in with Kian through the fastrack entrance which would normally mean we wouldn’t queue for as long, but the ride broke down twice which didn’t help my nerves or the queuing time, however it was worth it!

I must warn you the music really gets in your head and you will be humming it for days and my top tip – make sure you look in the mirror in the shop after you ride!!

Next up was Rita, Queen of Speed which is the sister ride of Stealth at Thorpe Park.  In fact I learned on our VIP Tour of Thorpe Park that the two rollercoasters were originally going to be one.  Now, if you think Stealth is fast…………..this feels faster, possibly because you launch along a straight rather than into a climb.

In the middle of Rita, on the old corkscrew site, hides Thi3teen which is a rollercoaster with a difference.  Possibly not the fastest or loopiest but it does have a very scary unexpected twist bang in the middle!

On this side of the park there are some more gentle rides, including Charlie and the Chocolate factory which Isaac insisted on going on twice, whilst Eliza and Sebastian hung out in the soft play area.  There is also a driving school which put Isaac through his paces. 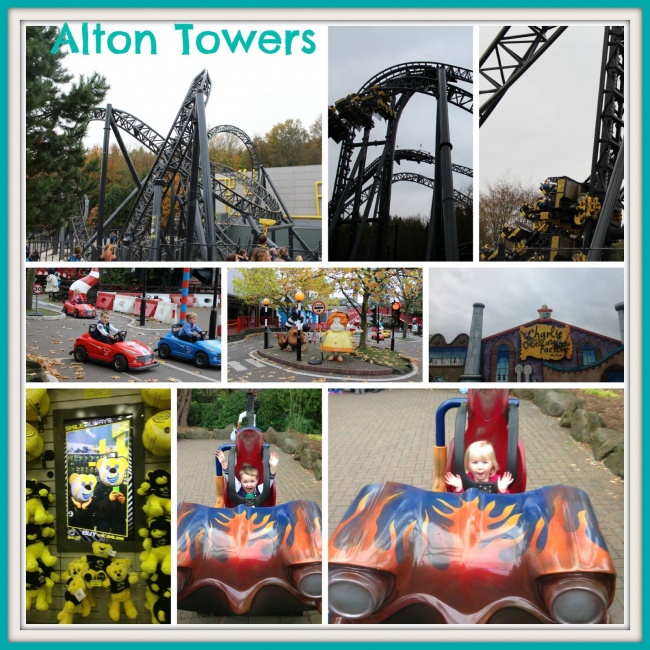 Because we visited Halloween week there were lots of stands with extra things to do dotted around – we got to meet a giant snail, pose with some gigantic pumpkins and meet a rather friendly looking Frankenstien.  It was also Fright Night when we were there and if we hadn’t had the little ones with us we would have stayed as it looked great fun!

We found the other side of the park much quieter, possibly as the rollercoasters are older, but they are still as good as I remember.  We only queued for 10 minutes to ride Nemesis and then hubby and Kian risked Ripsaw straight after which only added to their dizziness.

I have to admit I was disappointed we didn’t manage to get on Air as it had broken down, but we are going to go back next year possibly without the little ones! 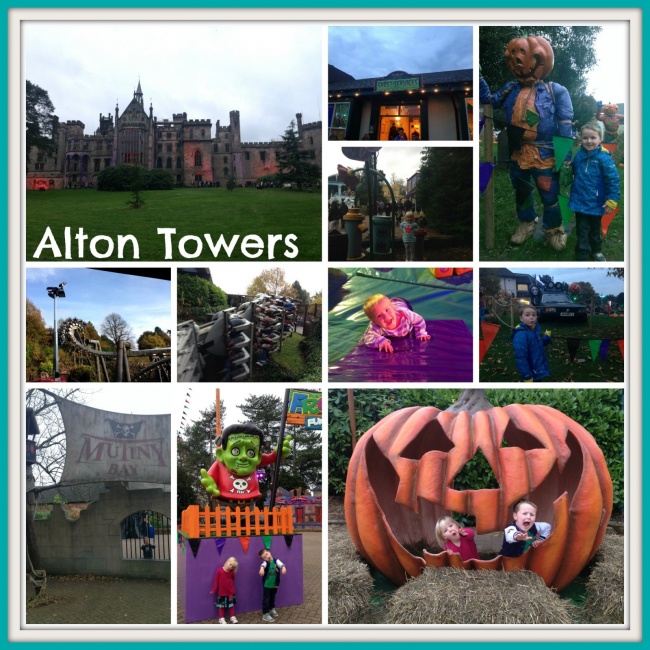 There was one last ride that Isaac was determined he wanted to go on, despite the fact it was cold – Mutiny Bay!  You climb aboard a pirate ship and squirt other riders and people watching with water pistols………they were soaked through!!!

The combination of Alton Towers with CBeebiesland makes it a fabulous destination for fun for all the family and with the introduction of the Enchanted Village next year you can make a proper weekend of it!