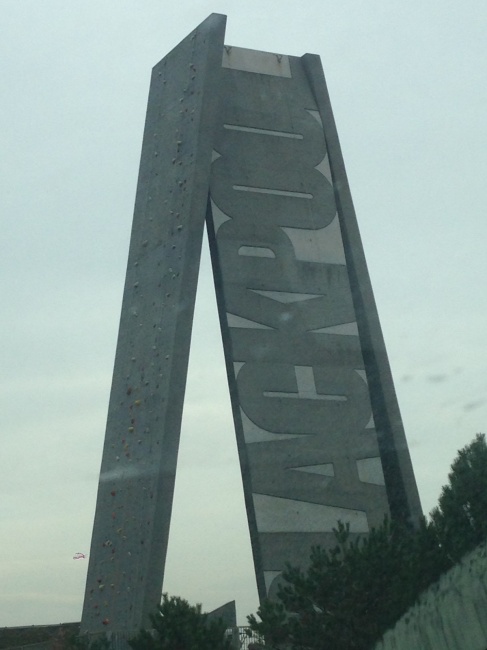 OK, I admit it – I have been alive 40 years and have never been to Blackpool……….until now!

We visited the North West during half term and I was torn between a trip to either Liverpool or Blackpool, but when we spotted that Merlin had 4 attractions in the seaside town we choose the home of the very famous tower.

I was actually really surprised by how close to Blackpool we actually were and it only took us an hour in the car to get there.  The kids were on lookout duty for Blackpool Tower and the excitement levels were off the scale by the time they spotted it.

The first challenge was finding somewhere to park and we kicked ourselves for diving into the first car park we came across, just after Bloomfield Road Stadium – home to Blackpool FC as we found much cheaper ones just around the corner as we walked to the famous beach.

We found the beach with no issues and it did feel very much like a traditional seaside town, with old and new attractions nestled amongst souvenir shops, amusement arcades and chippies.  30 metre high blades of illuminated “dune grass” were swaying in the wind on the promenade which are part of the landscaping around the Tower Festival Headland whilst carriages led by horses trundled up and down the road. 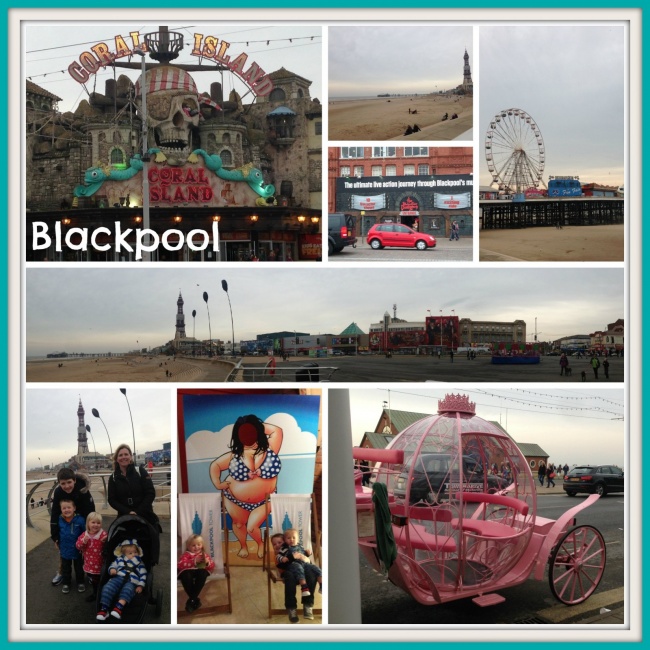 Our first port of call was Blackpool Tower where we took a trip down memory lane and learned about the history of Blackpool in the 4D cinema before taking on Blackpool Tower Eye SKYWALK.  We were ushered into a large elevator where we climbed to the top of the 380ft tower.  There is currently some repair work happening on the mid-section and Isaac and Eliza found it hilarious that the lift operator had to sound an alarm on the way up to warn them we were coming.  What we found at the top were exhilarating views from the floor to ceiling glass observation windows.  The little ones had no fear at all but Kian, my roller coaster loving teen, found it too high and hid at the back! 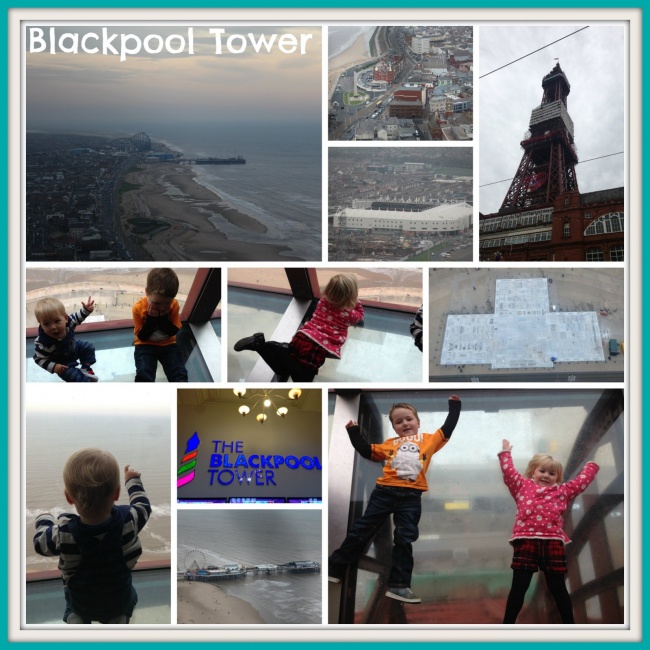 The Towers Dungeons are directly below the Blackpool Tower but we decided against it as Isaac and Eliza were too young but we did book tickets for the famous Tower Circus which were performing later in the day.

Next stop was Madam Tussauds and I have to admit I was really impressed by it.  We enjoyed Madam Tussauds in London, but it was far too busy and rushed, this felt more relaxed and the kids had time to pose with the, mainly British, stars of stage and screen. 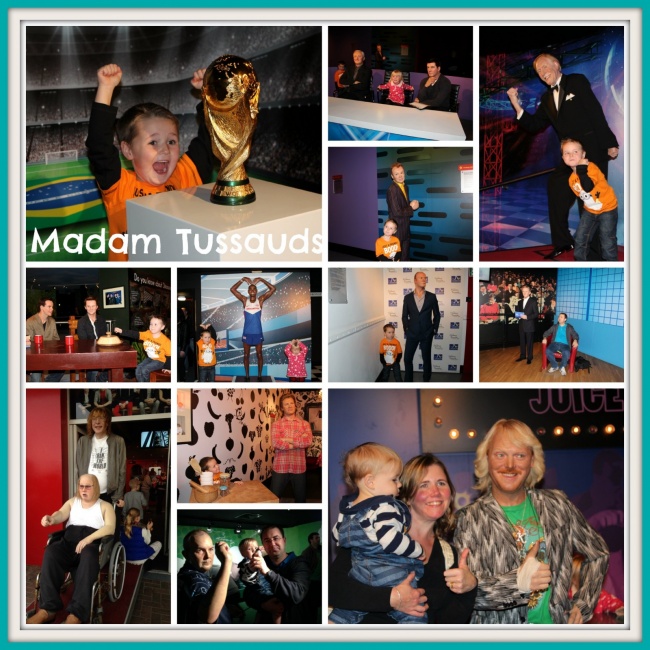 Many of the exhibits were interactive and hubby especially enjoyed being interviewed by Jeremy Kyle, whilst Isaac and I enjoyed Keith Lemon’s classic phrases – “Shaaattting!!” 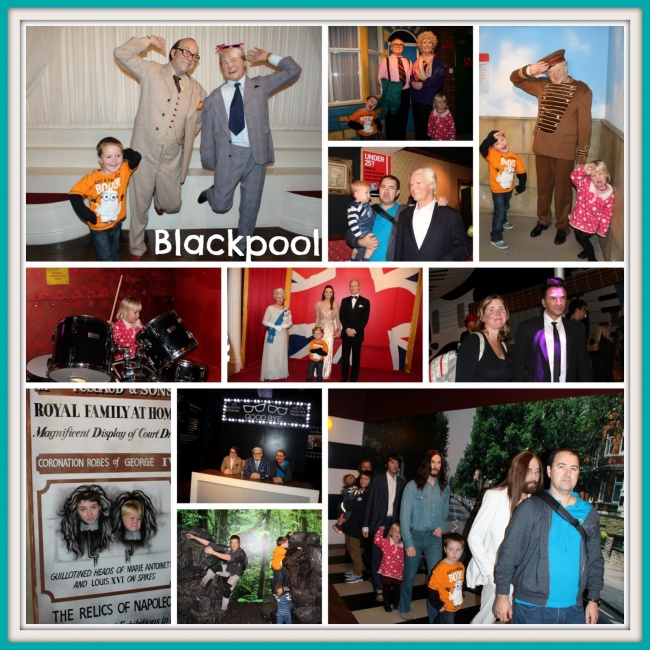 Eliza found her new talent – as the drummer for Queen and Isaac enjoyed some rock climbing with Bear Grylls.  I am not sure the kids knew half of the exhibits but that didn’t stop their enjoyment of the experience at all. 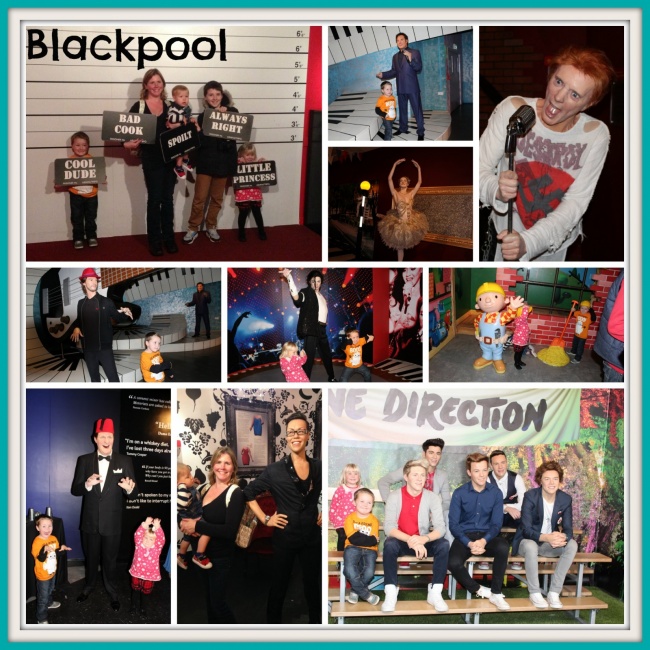 A few doors down is the Sealife Centre.  We have been to a few Sealife Centres this year including Weymouth, London and Manchester and each one has something different.  Blackpool is home to Boris and Betty the UK’s only pair Bowmouth Guitarsharks! 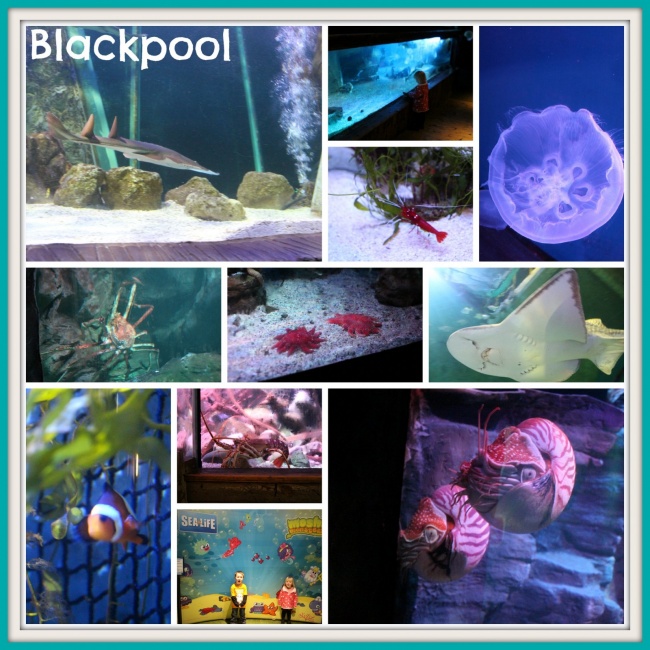 The kids enjoyed finding the Moshi Monsters who were hidden in tanks around the Sealife Centre and completed the challenge to get their very special award at the end!

A quick time check saw us head back to Blackpool Tower for the circus.  We had been told to arrive early to see it, but we were not early enough!  It was packed solid.  We found some seats up in the gods and proceeded to watch one of the best circus performances we have ever seen!  Mooky and Mr Boo the clowns were hilarious with their comedy antics.  The show also featured astonishing actrobats, dare-devil stunts and a stunning finale which I really wasn’t expecting, we were all in awe! 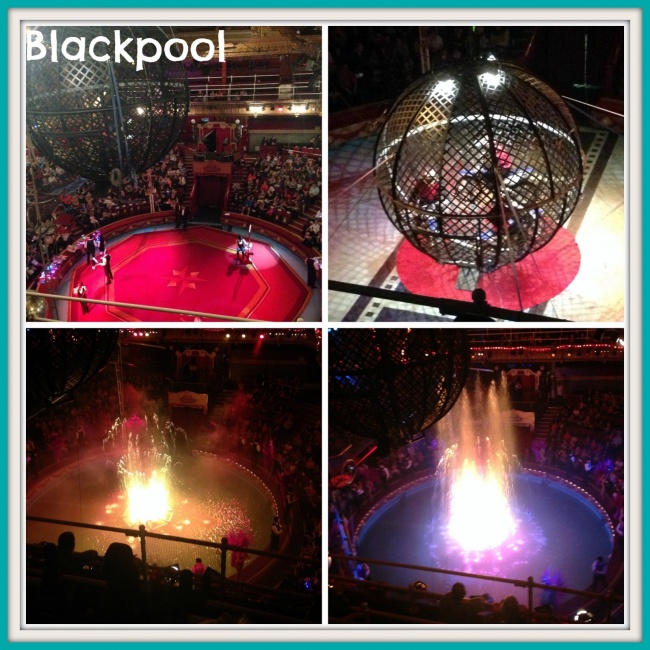 We walked out of the circus to gasps from the children as it was dark and the illuminations were sparkling.  Even the horse and carriages were all lit up.  We went and collected the car and drove the whole length of the promenade to see them all.

My only regret is that we didn’t get to the Pleasure Beach and do the Big One, but plan to come back next year and make a weekend of it! 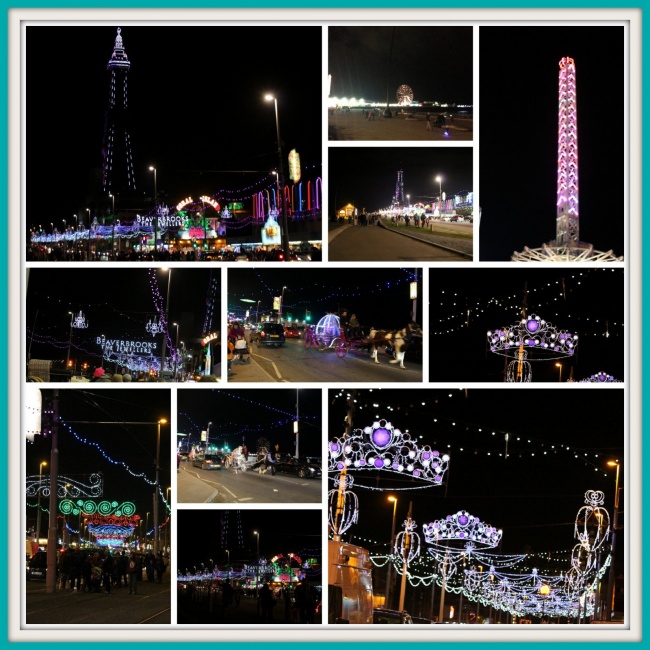 22 thoughts on “Oh I do like to be beside the seaside!”