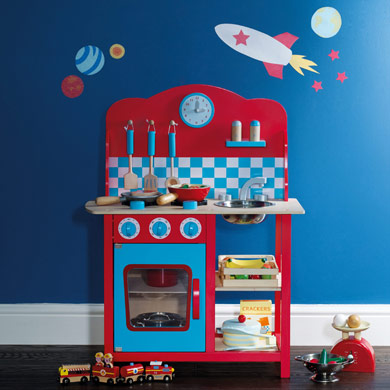 I love wooden toys as they really stand the test of time and can be handed down to younger siblings or relatives when they are outgrown, so when I was invited to try out one of the kitchens from the play kitchen range from GLTC I jumped at the chance.

I chose the Cavendish Play Kitchen for its unisex design and its feast of features including a hob with clicking dials, a clock with moving hands (handy for learning to tell the time), wooden salt & pepper pots, a shiny removable sink with turning hot & cold taps and 3 wooden utensils.

The first challenge was putting it together!

If you get one for Christmas I strongly recommend that you build it the night before once the little ones are in bed.  I made the mistake of trying to build it when the kids were around and 3 little helpers were anything but helpful!!

An hour of slotting it together and screw tightening it was finally done and ready to be played with.  I also recommend an electric screwdriver as it was quite hard work at times, which shows the quality of the wood. 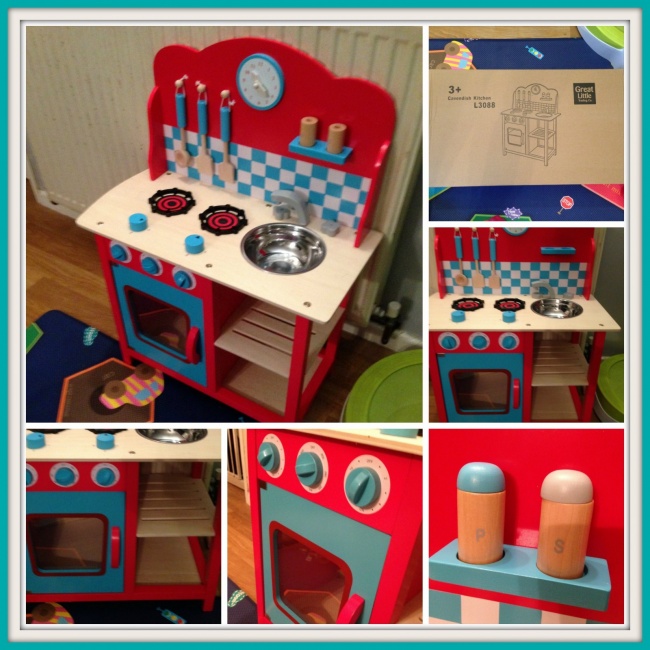 The Cavendish Play Kitchen is strong and sturdy, which lots of features that allow little ones to create their own culinary treats.  I love the fact that the set includes half and pepper pots with removable lids and three utensils so they can get started straight away.

My only grumble is that the sink is removable and Sebastian has discovered that it makes a very good drum when he hits it with one of the utensils.  I would prefer that it is fixed into position, but other than that it is perfect.  The dimensions are 76H x 51W x 31D (cm) so it won’t take up too much room either.

GLTC currently have 20% off their play kitchens at the moment which brings this in at £76 which is very reasonable plus they have a further 15% off if you spend £50 or more using the code ELVES!!