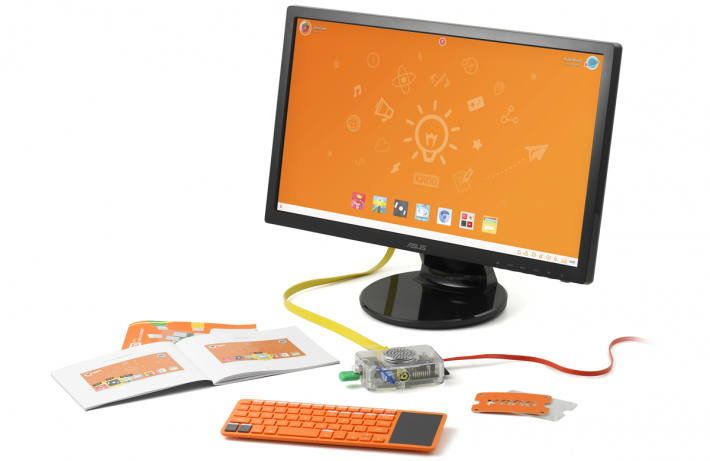 When I was invited to review Kano, a computer you make yourself I had to go back to them to see if it was suitable for Isaac who is almost 7.

“Yes, he is the perfect age!” was the reply, so we agreed to review it.

What does Kano do?

Isaac could not wait to get started and Kian (14) was more than eager to lend his support too. 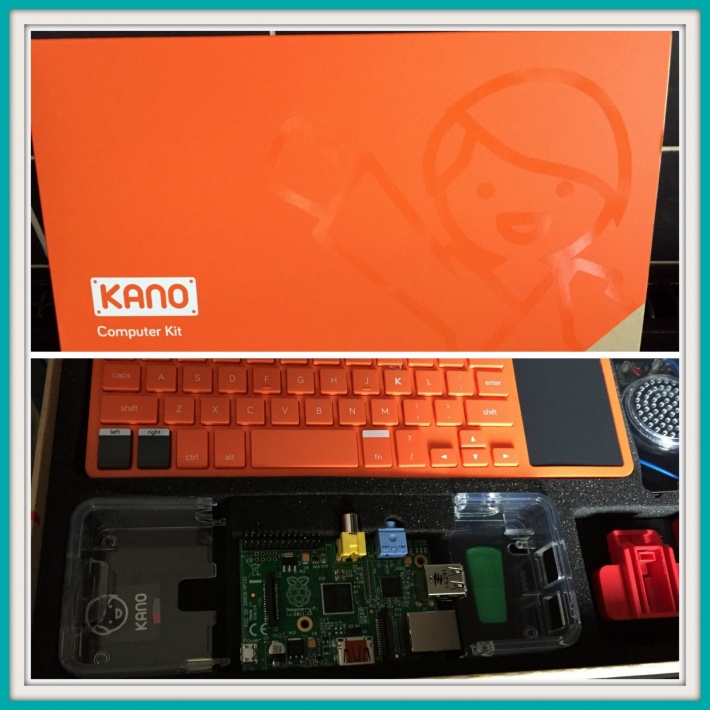 I actually thought it was going to be tricky to put together but the set comes with clear instructions in the form of a story book with large pictures that are easy to follow.

Kian enjoyed telling Isaac how each piece of equipment worked and it was lovely to see them really bond over something rather than bicker, which often happens when playing games or building Lego. 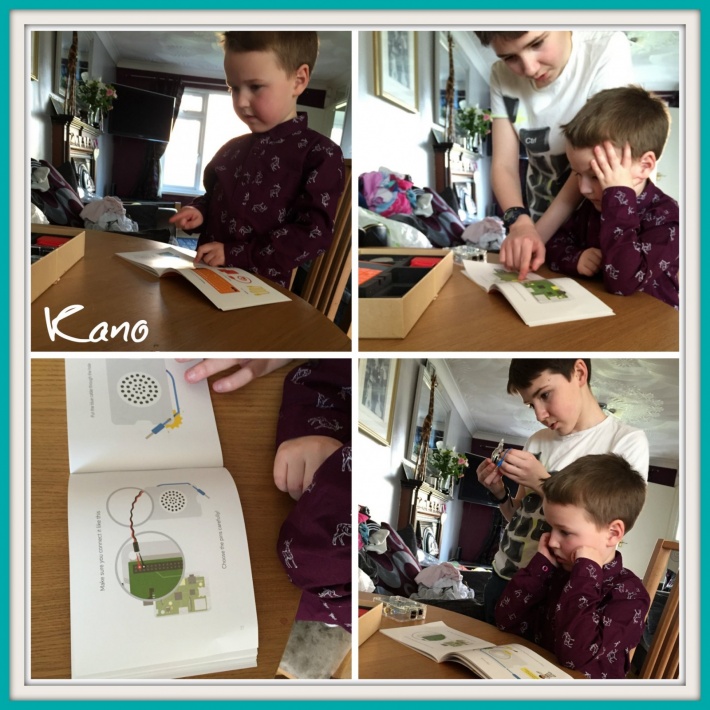 I was really surprised by how quickly they put the computer together and it was soon time to plug it into the television to see if it worked. 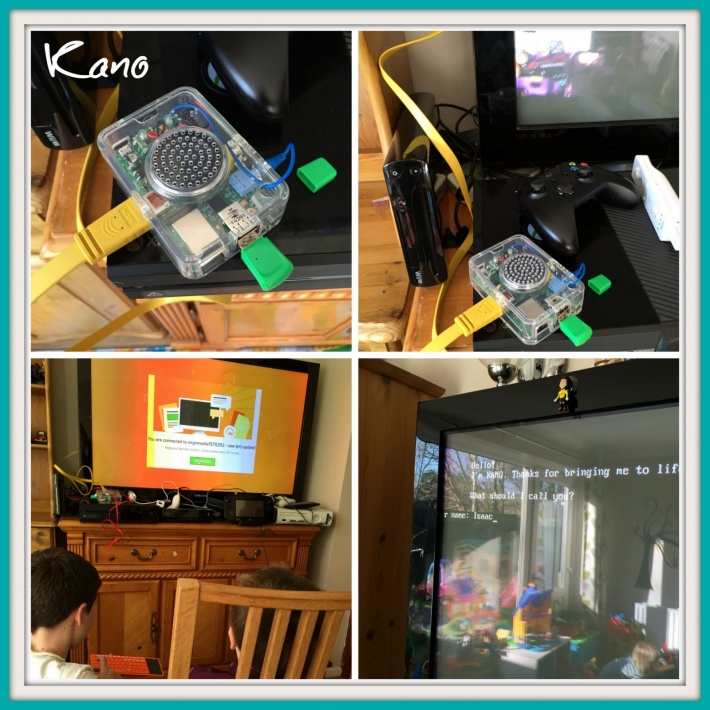 I was really impressed that it worked straight away and came up with a message thanking them for bringing it to life.  We input Isaac’s name and then played a little game to make the rabbit go into the rabbit hole.

Once this was done it was time to hook it up to the internet to Kano to download some updates which took about 10 minutes to come through. 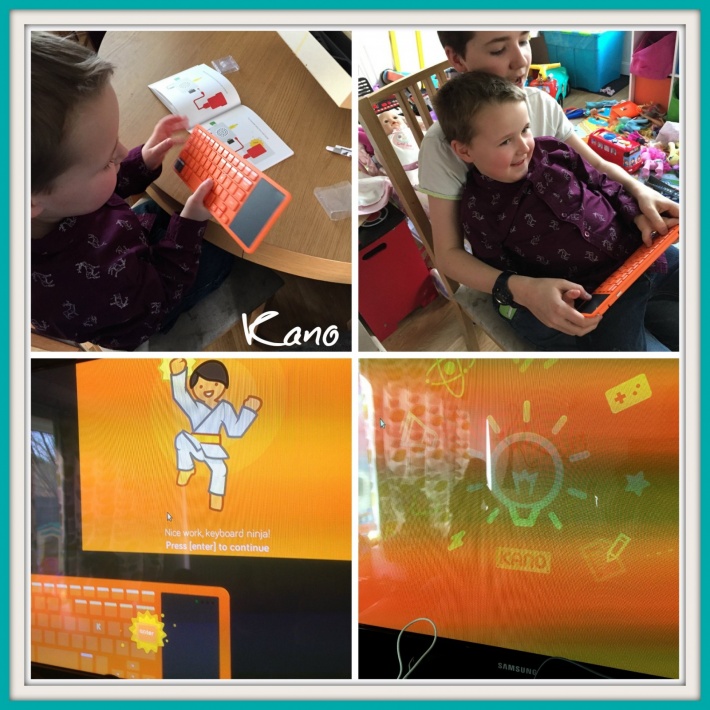 Downloads done it was time to start coding!

I turned my back leaving them to it to make a cup of tea and by the time I came back they had not only finished coding the game – Pong, but were playing it too.

Isaac was eager to get playing the next game and spotted Minecraft.  So far I have managed to keep him away from it, but with his older brothers both keen on the game it was only a matter of time until he wanted to try it too. 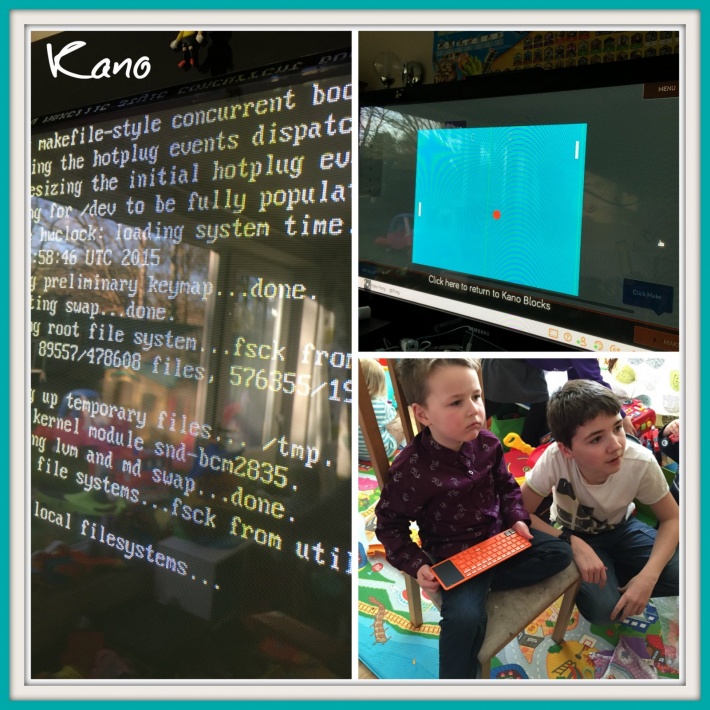 We have had the Kano a week and it is the first thing Isaac asks for when he gets home.  He is learning coding at school and this is really helping him embed his knowledge.  He has found something that he and his big brother have fun doing together and long may it continue, although I may moved it to the computer monitor rather than the TV as the rest of us don’t get a look in!

Priced at £119, it is much cheaper than a traditional PC or laptop with functionality that is all that children need!

The Raspberry Pi, Model B, is the lightweight, powerful brain behind thousands of Kano creations. Its system-on-a-chip packs an ARM 700MHz CPU and 512MB RAM.

StoryBook – Manuals are boring. Kano is a story. With illustrated ideas and simple steps, build a computer, make stuff, and explore a new world. Meet cool characters and level up.

Sound – Power up your personal computer with a speaker. Snap together the system, draw power from two secret ports (choose carefully).
Then – raise the roof.

Keyboard – Your magic wand. Type overhand or hold it game controller style.
Navigate nimbly with an integrated touchpad, and independent click buttons. Wireless, two ways – USB RF for your Kano, and Bluetooth for the World

Stickers – Decorate your kit, your house, your parents while they’re asleep.

Cables  -Connect a screen with HDMI, power up with mini-USB.
Ships with a global plug.

Wifi – Get connected with a dongle that configures seamlessly,
with simple setup.

12 thoughts on “Kano – A Computer for Kids they build themselves!!”