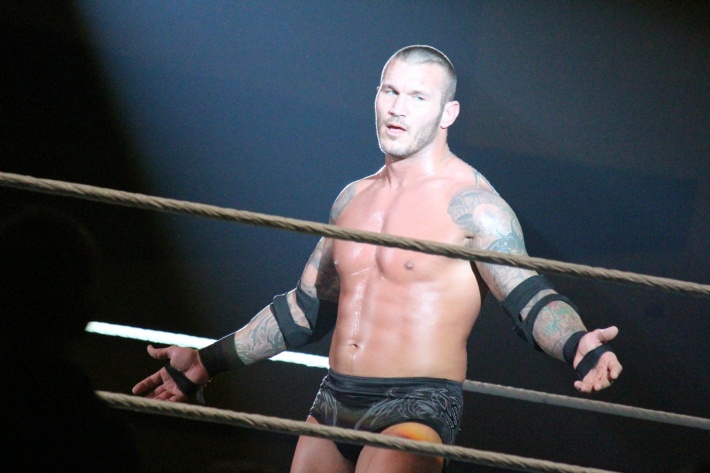 Back in November we were lucky enough to be invited to see WWE in Bournemouth and the boys adored every minute of the action packed show, so when we were invited back to see it this week we couldn’t say no.

My twitter timeline is a little manic and I often miss things that are going on locally, but thankfully Hubby keeps me up to date with events and spotted that Goldust was visiting Game at Castlepoint before the show to sign autographs, so I collected wristbands for all of us a few days before and headed over there an hour before the event was due to start, expecting to be one of the first there……..I couldn’t have been more wrong and was surprised by the length of the building queue.

I have to admit that it was brilliantly organised and we were soon moving quickly and got to meet the man himself within half an hour of the doors opening.  Watching as the queue snaked round he did seem quite quiet, but he was a genuinely lovely man who cracked a joke and took time to speak to each one of the children as he signed autographs. 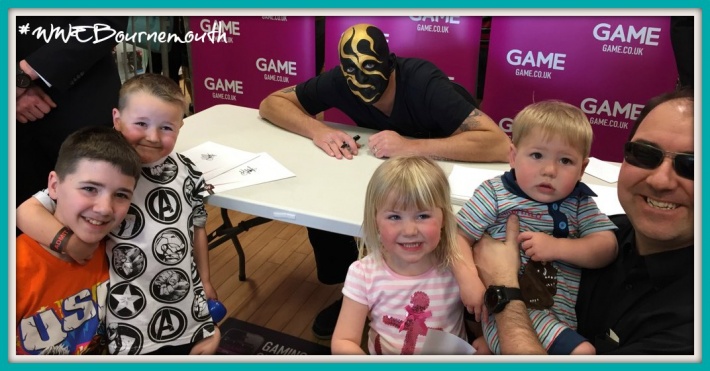 The kids came away bouncing and full of excitement about what was to come later, but for now it was home for some dinner before we headed back out the door.

We arrived at the BIC at 6.45pm ready for the doors to open at 7pm.  I cannot believe just how busy it was, with men, women and children of all ages bubbling with anticipation.  The plan was to get Isaac a t-shirt but sadly their kids range consisted of one size that would have swamped him, so he got a book instead.  As we walked inside the arena was all lit up with smoke machines going off behind to add to the atmosphere.

The lights dimmed, the crowd roared and the music started pumping………it was time to begin. 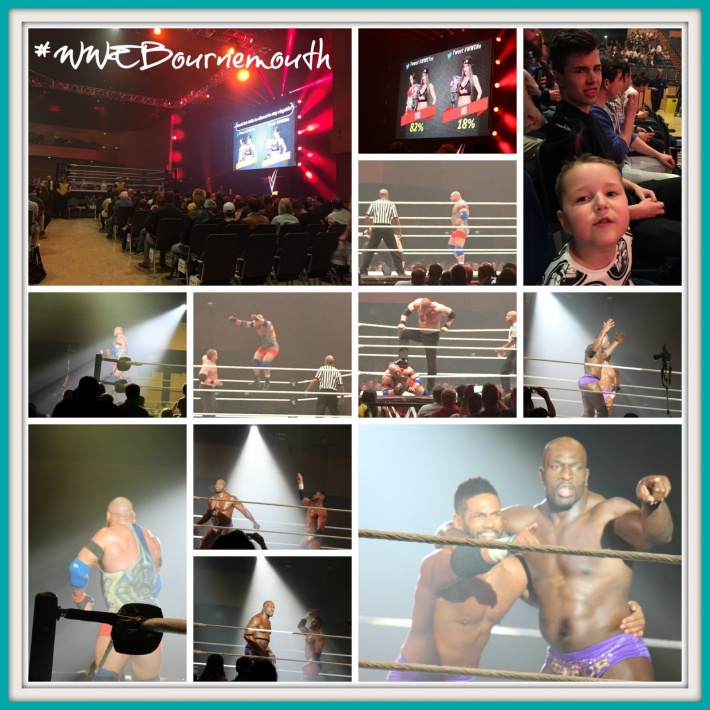 By the time the Prime Time Players came on against The Ascension he had relaxed into it and was stamping his feet and clapping along with the rest of the audience.

The whole production is pure Pantomime with cheers for the heroes and Boo’s for the villains and it is easy to understand how people get hooked on this sport and the arrival of Goldust got the biggest cheer of the evening so far. 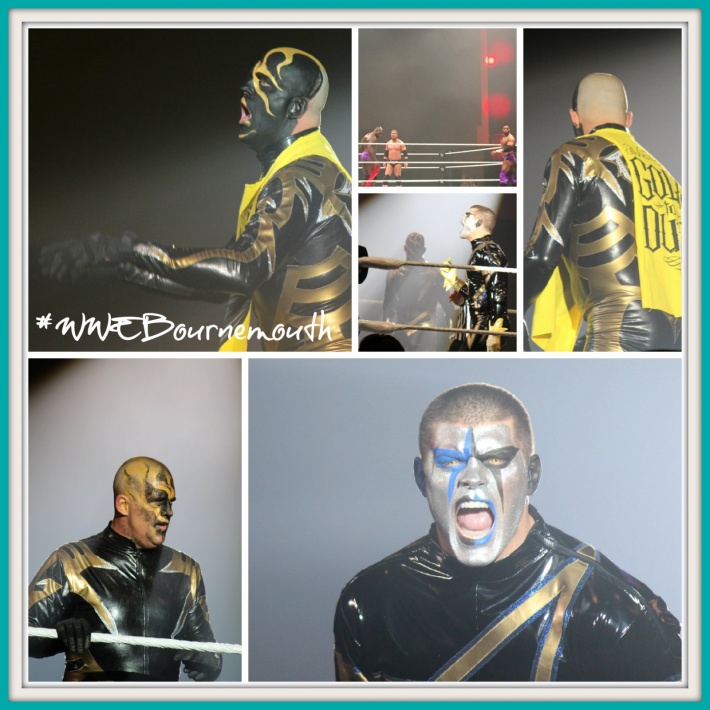 Sadly his match against Stardust ended in defeat and normally it is the winners who remain on the stage to lap of the cheers, but it was clear that he is a hero to many and the audience was chanting “Still got it” to him as he did a lap of the ring.

Dean Ambrose and Luke Harper were up next and swiftly worked the crowd up into a frenzy by leaping off the ropes and then the Lucha Dragons followed with some impressive acrobatic moves. 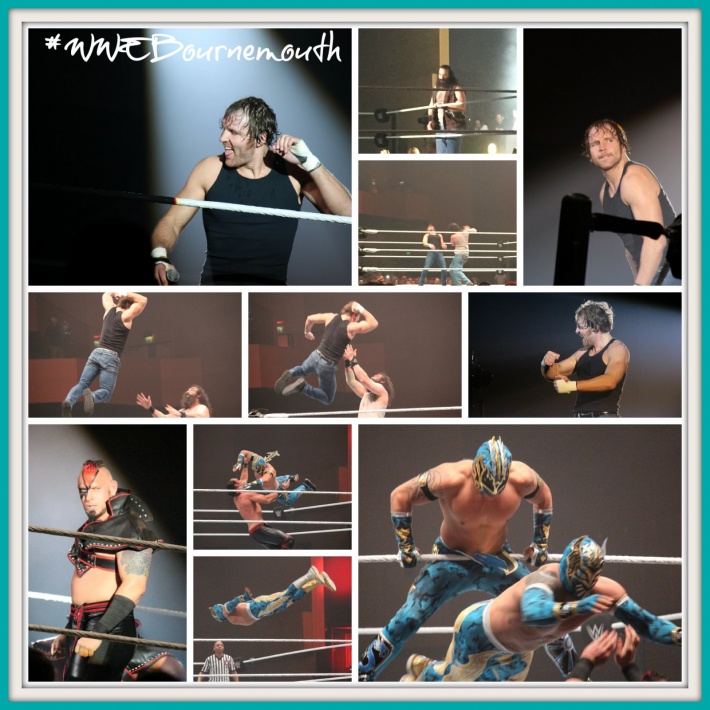 Our voices were now feeling a little hoarse from all the cheering and chanting so we were relieved it was time for the interval to grab a drink.

With a family that includes teenage boys, the second half opened with something they had been looking forward to since the show started – the WWE Diva’s.  WWE had been running a vote since the beginning of the show wether to allow the Bella twins to come out together and of course the audience chose both of them to battle Naomi. 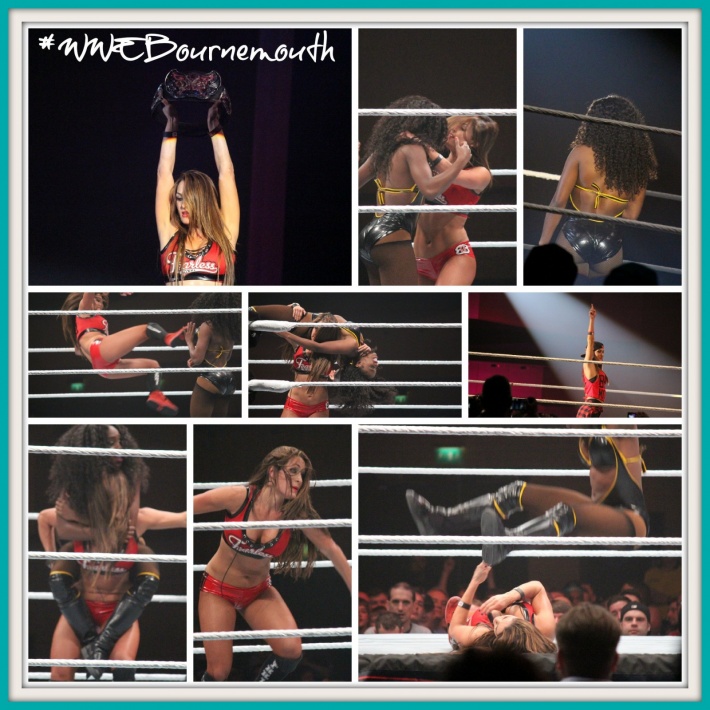 I did think the girls might be tamer but they weren’t and when Nicky Bella won she paraded her Champions belt around the ring so everyone could get a picture.

The night had to end on a high and the final bout brought the biggest cheer of the evening with Heavyweight Champions Randy Orton and Seth Rollins welcomed to the ring.  I have to admit of was secretly rooting for Seth to win, but he was playing the role of the Pantomime villain brilliantly and their fight, which took part both in and out of the ring, was the best of the night. 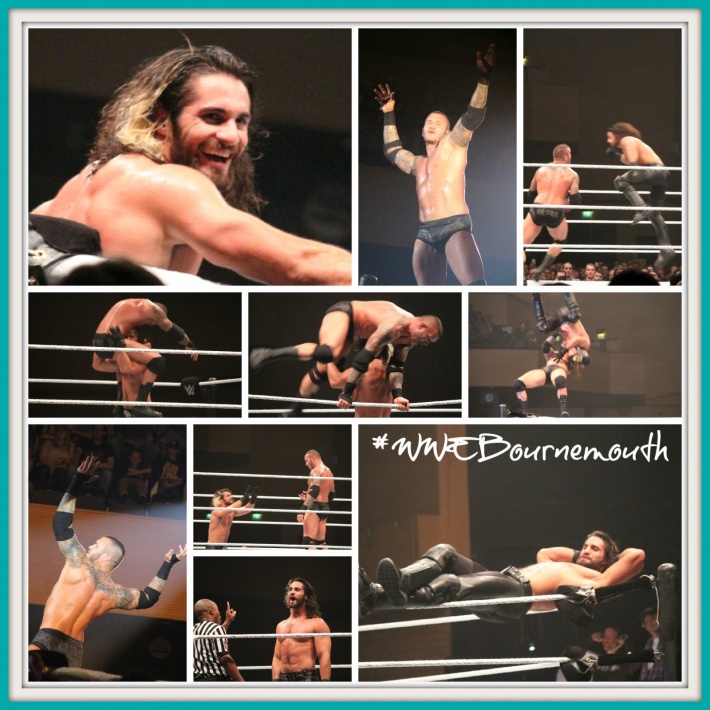 Despite the “mock” violence, the show is geared for family entertainment and they welcomed kids running up to the ring to high-five and get pictures of their favourite stars before and after the bouts.  We also liked that we saw different stars than were here back in November, although the boys did mention that despite chants of “Chair”, “Table” and “Ladder” none of them were used this time which they missed.

If you are after two and a half hours of raucous fun then WWE is for you.  I didn’t think I would enjoy it, but loved every minute!

Disclaimer: We were provided with a family ticket for the show for the purpose of a review.  All views are my own.