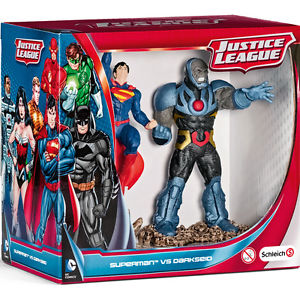 We are huge fans of the TV show Arrow and Flash and are looking forward to the new spin off show – DC Legends of Tomorrow, which features some of our favourite comic book characters from The Justice League.

The team roster has been rotated throughout the years with characters such as Green Arrow,  Black Canary, The Atom, Hawkman, Firestorm who all feature in the new series…………I am so excited.

Why am I telling you this?

Well Schleich Toys have launched a new range of Justice League figures and we have been sent a pair to review.

Superman and Darkseid are bitter enemies. The villain and ruler of Apokolips fights the Justice League of good superheroes by any means. But even if Darkseid is cooking up some cunning plans, Superman manages yet again to see through him and strike back. 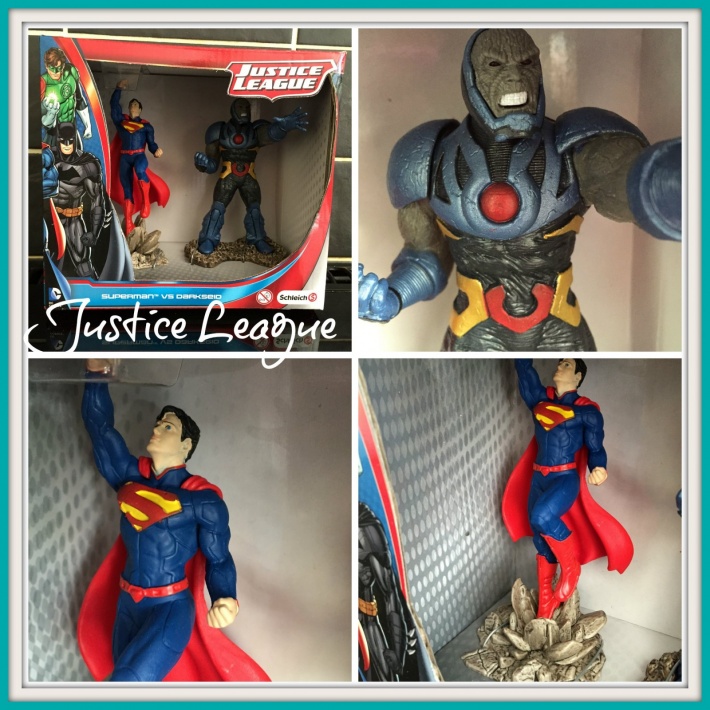 The Justice league figures as perfect for older DC fans and would make great collectors items as you can stand and pose them with other characters on shelves to display them as they are not action figures and do not articulate, but the detail is striking and they are very sturdy and well made.

I know Kian has his eye on the Flash, but sadly they don’t make the Green Arrow………yet!!