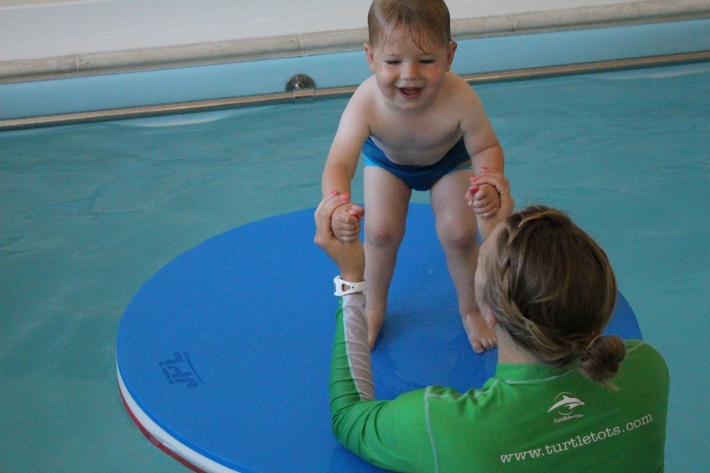 Today was the last lesson of Sebastian’s Turtle Tots Toddler Level 3 class and he turns two tomorrow which means that he has been swimming with them for 21 months now.

I always like to document Sebby’s progress and it always impresses me how far he has come along and this class is no exception, however, I think our holiday to Turkey and daily swimming has brought him on even faster.

We have been working towards independent swimming since he started Toddler classes, however things have really stepped up a notch over the last few weeks.  I am no longer holding a woggle tightly around him as he swims, now I stand in front of him and gently guide him with one hand, although today I was barely doing that as he kicked and chased a ball around the pool. 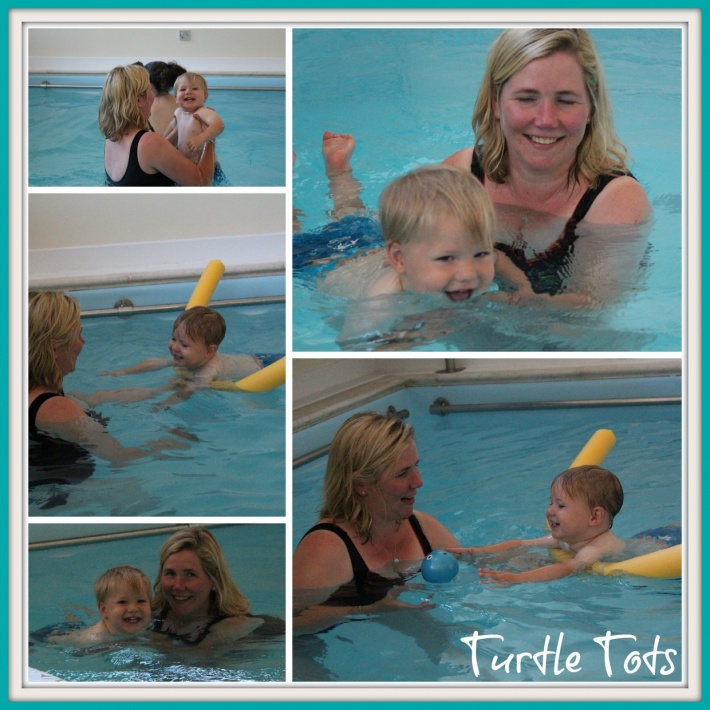 Sebby can now get into the water from being sat on the side whilst holding a woggle although sometimes he still needs a bit of encouragement.  Any initial wobble soon fades as he giggles his way across the pool trying to reach me. 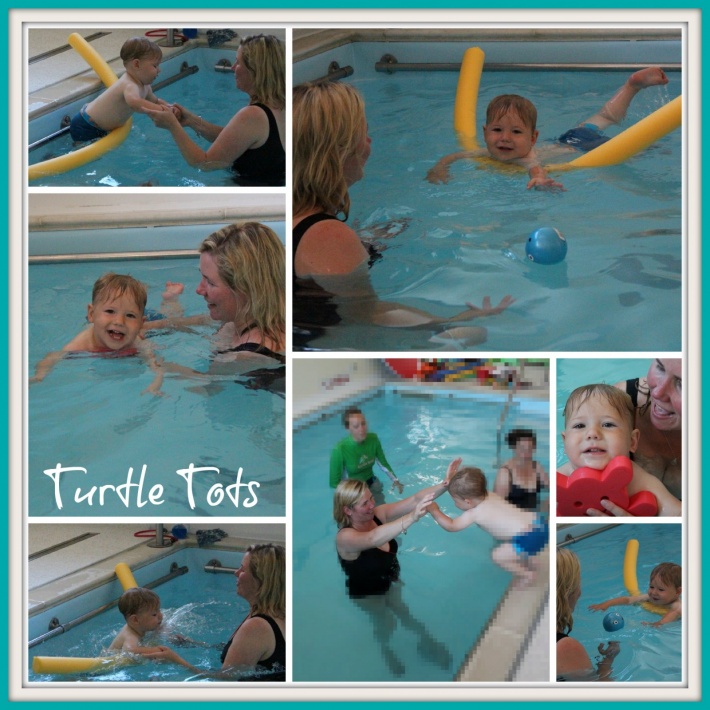 Turtle Tots has also introduced the teddy float to swim with which also encourages Sebby to swim without holding on to Mummy. This week we had a first though – Sebby has never jumped in from standing before, preferring me to lift him in, however today he leapt in without a care in the world.

Swimming with Sebby has not always been plain sailing.  He has had a few wobbles along the way and this term he went from being happy laying on his back, to fighting it and trying to turn himself onto his tummy.  This is completely normal and today we got our reward for persevering – he was once again happy to swim on his back. 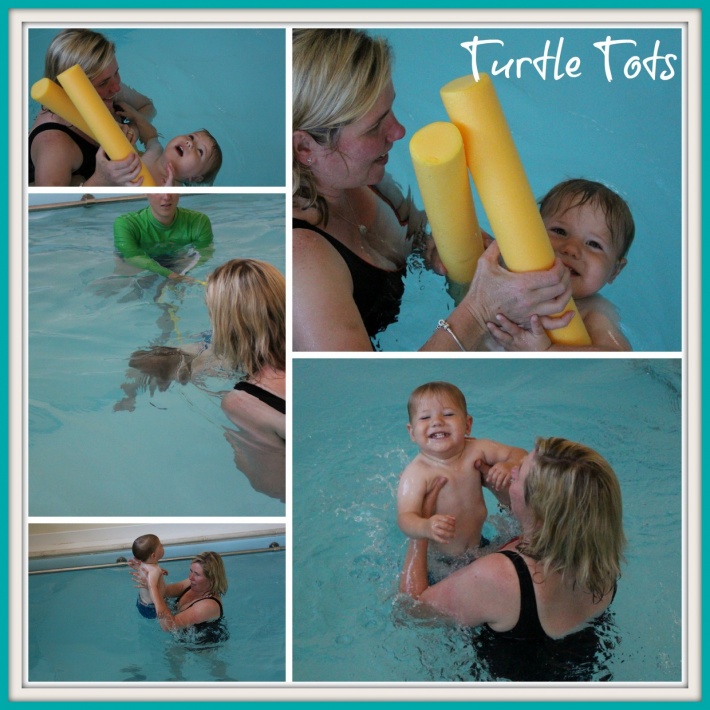 At each Turtle Tots lesson we always do some underwater work and this term we have been practicing coming up from underwater and holding onto the bars at the side.  Today however, Sebby swam through a hoop like a pro!

At the end of the lesson we have games such as Jelly on a Plate and Row your Boat on top of a large float, but now we have introduced standing up and balancing on it.  Sebby wasn’t keen the first week but he is really getting the hang of it now and enjoys jumping in at the end of the song. 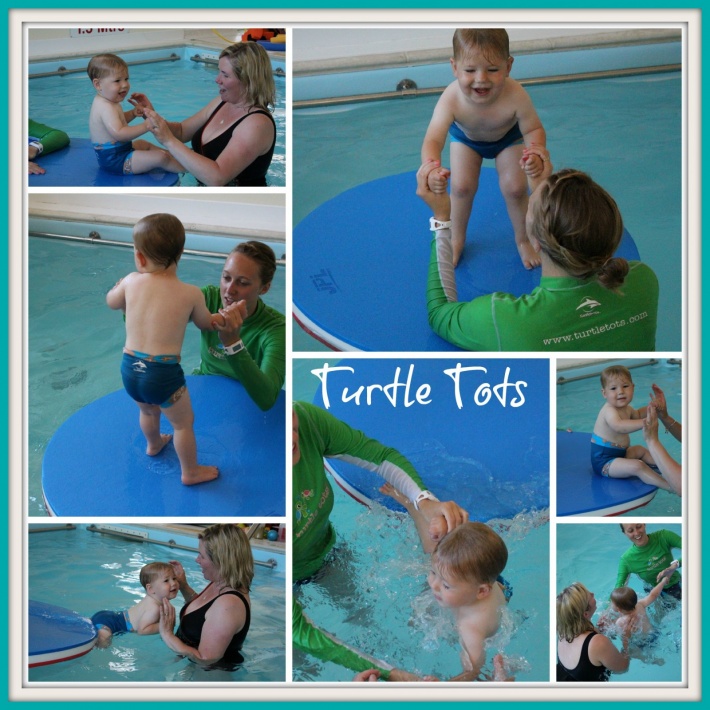 Toddler Swimming Level 4 will begin next week and we are looking forward to seeing what his first lesson as a 2 year old will bring.