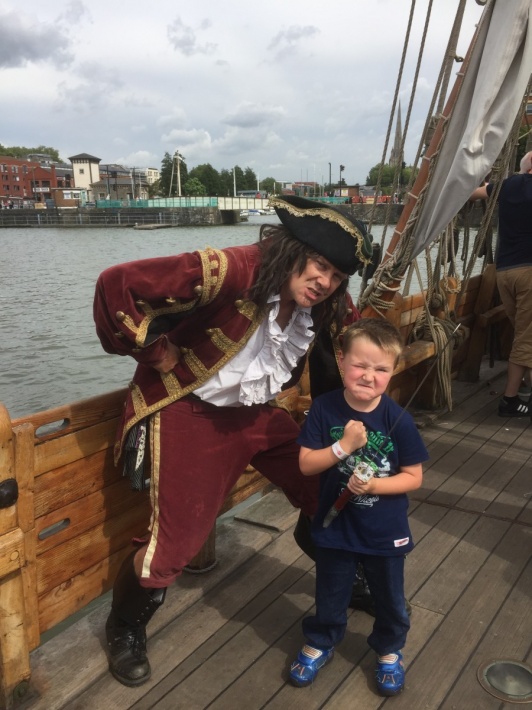 Last week we were invited to visit Bristol to see what attractions they had on offer for families and when I was asked what attraction I most wanted to visit from a list of suggestions, a trip on The Matthew plus a pantomime to entertain the children jumped off the page.

In 1497 John Cabot and his crew set sail aboard The Matthew from Bristol to find a new trade route to Asia. Instead however he arrived on the coast of Newfoundland and therefore was the original discoverer of North America, not Christopher Columbus as most people believe.

In 1997 the new Matthew followed the same course as John Cabot in 1497 and sailed across to Newfoundland. It carried the same number of crew members as the original and took the same amount of time to complete the crossing.

Today The Matthew is based in Bristol Harbour and is open to the public as well as undertaking short cruises around the harbour. In the summer the Matthew sometimes travels further afield, exploring the wild seas around the British Isles and Northern Europe – creating a spectacle wherever she ventures but once a week during the summer holiday’s they play host to Captain Barnacles Pirate Panto.

The one-man pirate pantomime show features comedy, music, puppets and mayhem with plenty of audience participation, silliness and banter and my first role was to paint a moustache and beard onto Captain Barnacles face – he then kindly reciprocated! 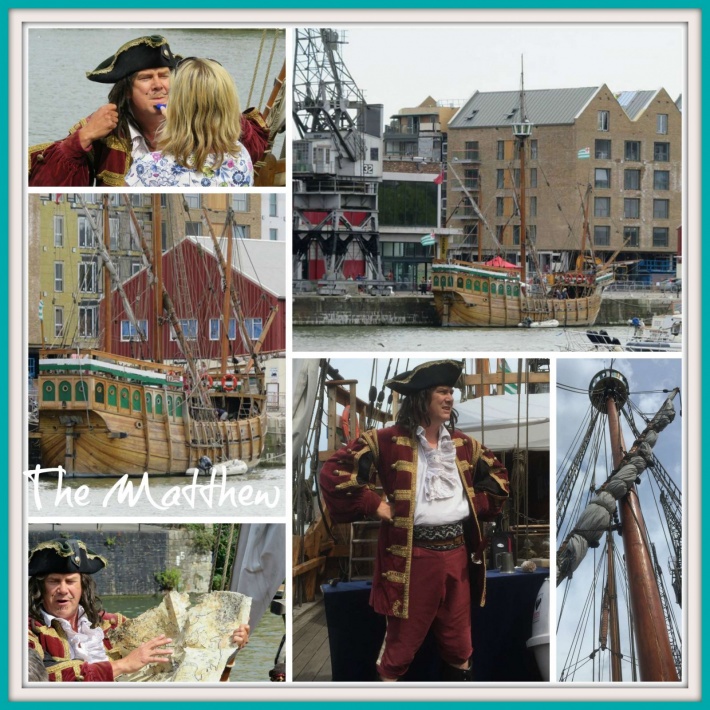 The show was a typical pirates tale and Captain Barnacles, a good pirate, took us on an adventure around the seven seas with his puppet friends. He had both the kids and adults eating out the palm of his hand and held the audience single-handedly with his pirate jokes, spells of overacting and puppet hilarity. 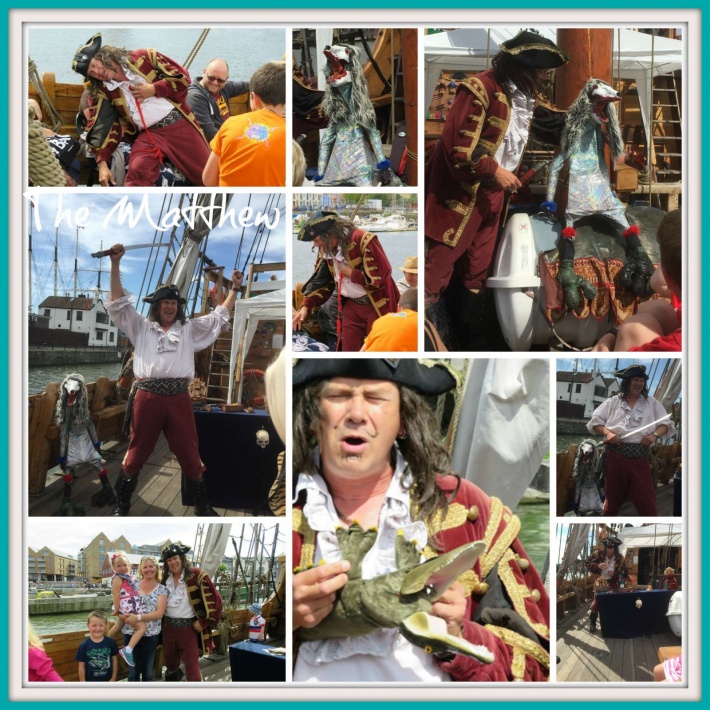 As the Pantomime was happening, the crew were sailing us around Bristol’s historic harbour which is a lovely way to see the sights too, including the Brunel SS Great Britain. 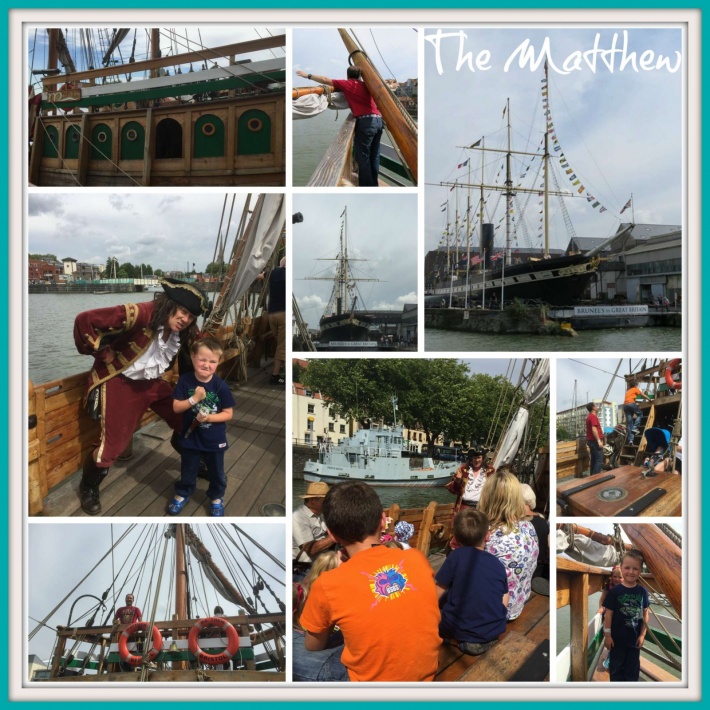 Thank you for having us The Matthew, we loved our adventure on board but keep an eye out for that crocodile!!

22 thoughts on “Captain Barnacle’s Pirate Panto aboard The Matthew!”