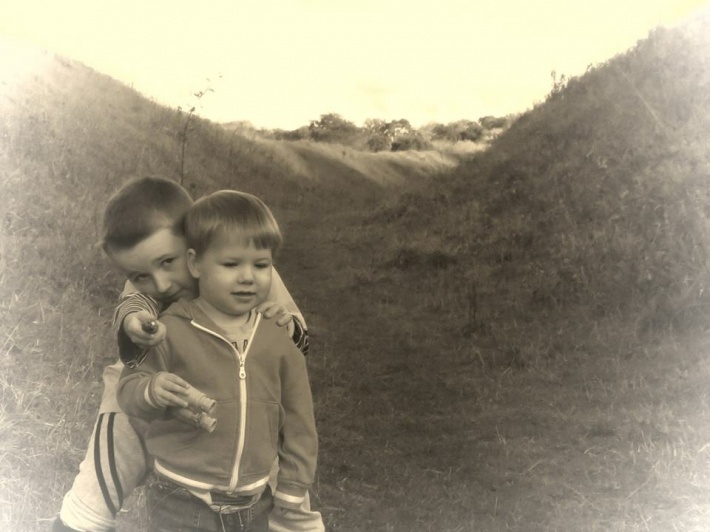 This week is half term and typically Sebastian has come down with the lurgy so we had to spend two days indoors, which is most unlike us. By Wednesday we were all going a little stir crazy, but as Sebby still wasn’t quite himself we decided that it would be safer to take him somewhere quiet where he could not share his bug.

Badbury Rings is an Iron Age Hill Fort set just up the road from us, just outside Wimborne in east Dorset.  The site dates from around 800 BC and was in use until the Roman occupation of 43 AD. It is a site of historical importance, but more importantly for the children it is somewhere where they can run and play and hide and seek to their hearts content.

We arrived just after lunch to an almost empty free car park and set about putting on welly boots as the last couple of days had been very wet. Cue an almighty meltdown from Sebastian who didn’t want to wear his wellies so after a 10 minute stand off I relented and let him wear his shoes and suddenly my happy boy reappeared. 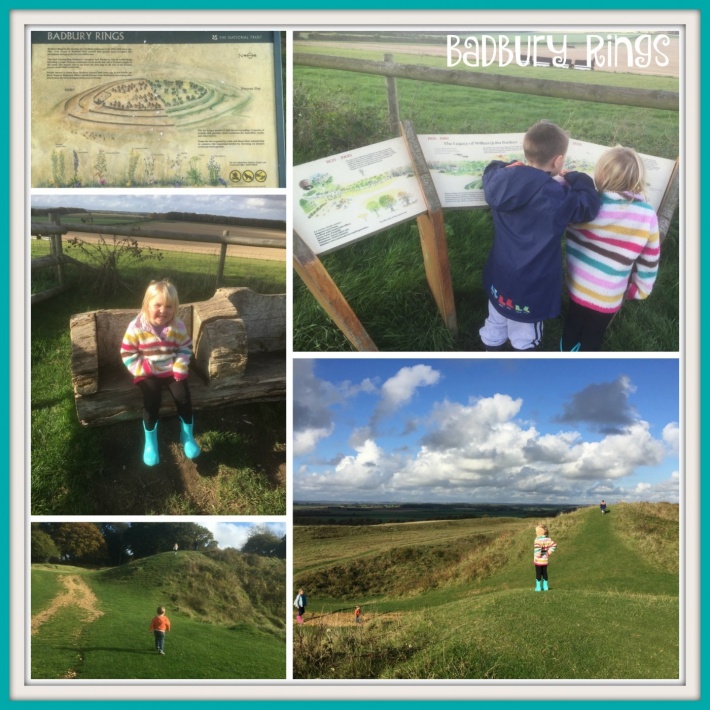 Badbury Rings is a high point in the local landscape and provides excellent views in all directions. Isaac, Eliza and Sebastian enjoyed climbing the fortifications to see what they could see around them. 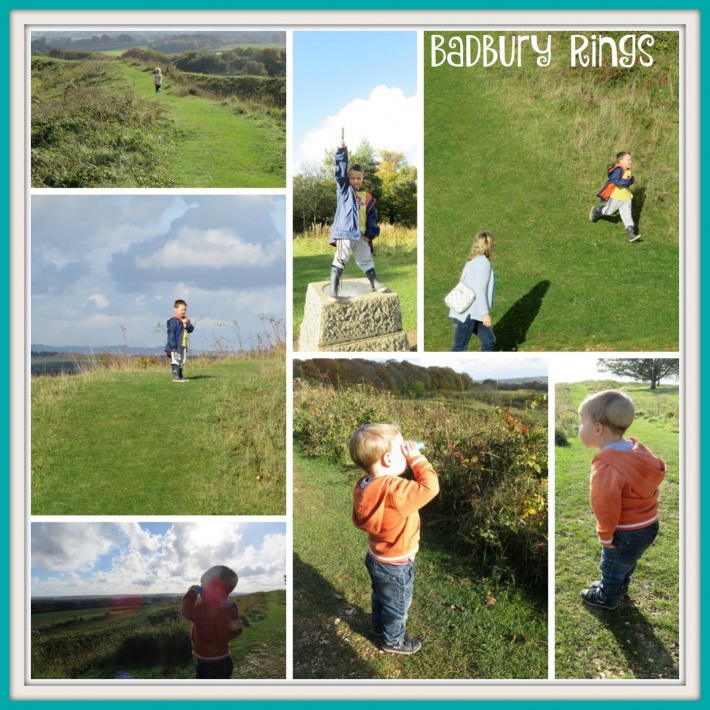 We headed into the woods at the centre of the fort, but as they were shaded it was quite boggy in places, so we decided that playing on the rings was a much more sensible idea as the ground was much drier. 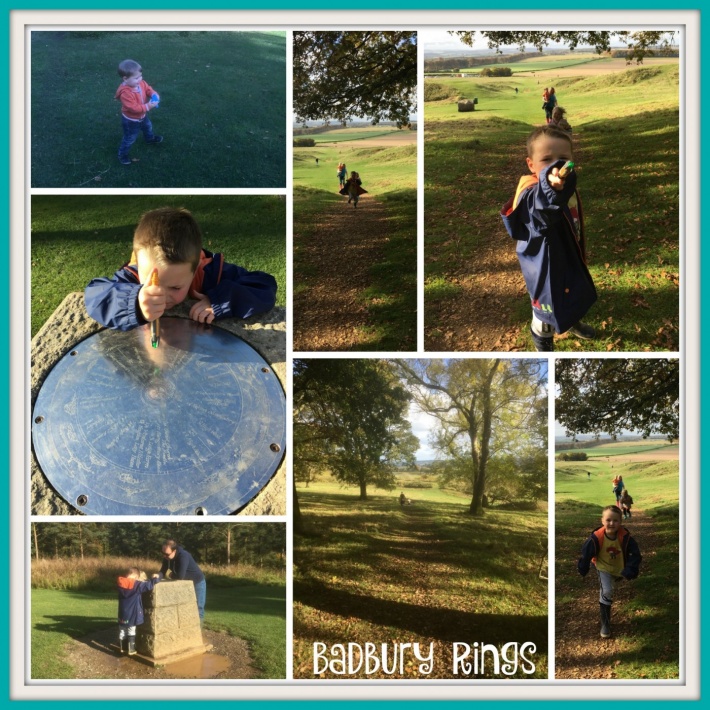 Sebby brought his binoculars with him so we were playing a game of what we could see. From the rear of Bradbury Rings we spotted Kingston Lacey House and the town of Wimborne. We saw a Buzzard flying high on its search for food and a Chinook helicopter that has been around for days, apparently on a training exercise. Isaac brought his sonic screwdriver along and him and Eliza were playing Doctor and his assistant – even the Tardis dropped in for a visit at one point. 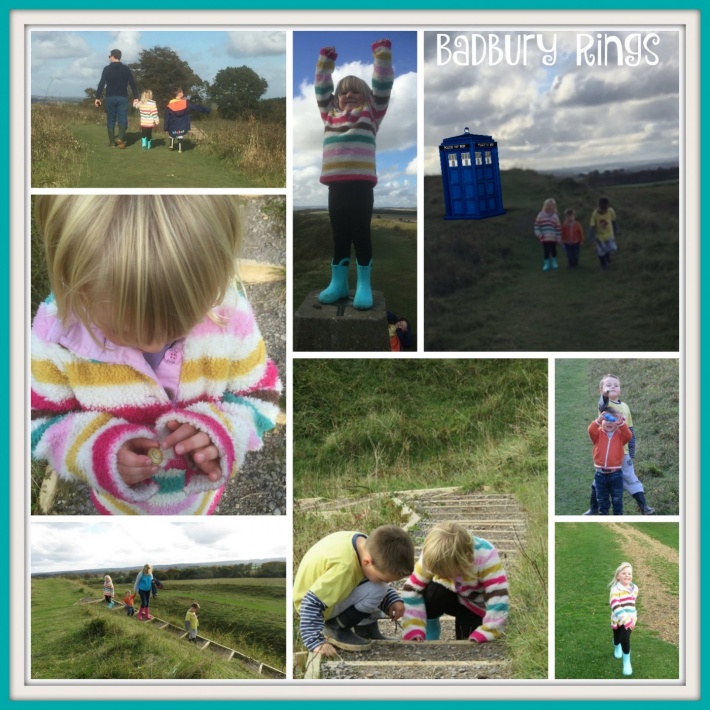 We spent a good hour and a half exploring Badbury Rings, walking up and down the forts and finding mini beasts. Getting fresh air did Sebby the world of good and he seemed much chirpier afterwards and actually ate his dinner which he hasn’t done all week. 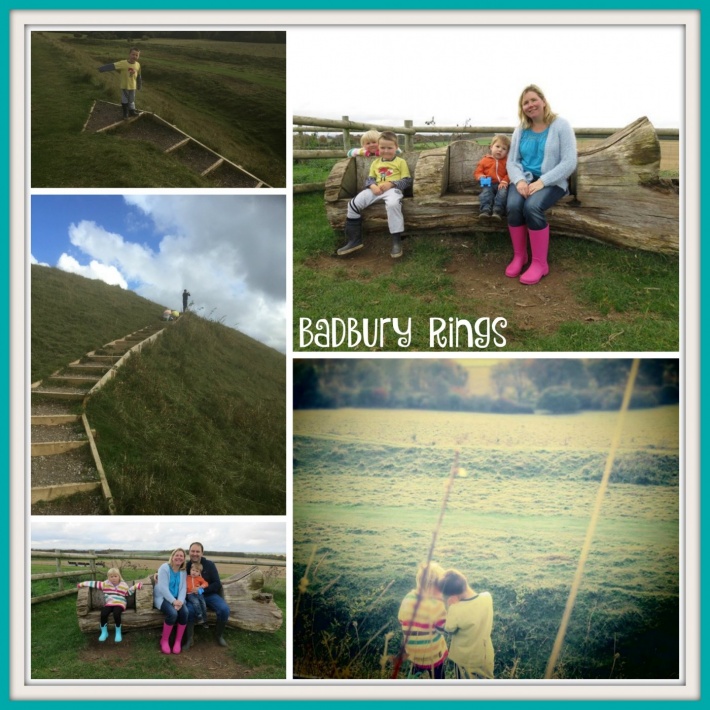 I think we have found a new favourite place to visit with the children and next time we hope Sebby will wear his wellies so we can explore further!!

16 thoughts on “It’s easier to go down a hill but the view is much better at the top!!”