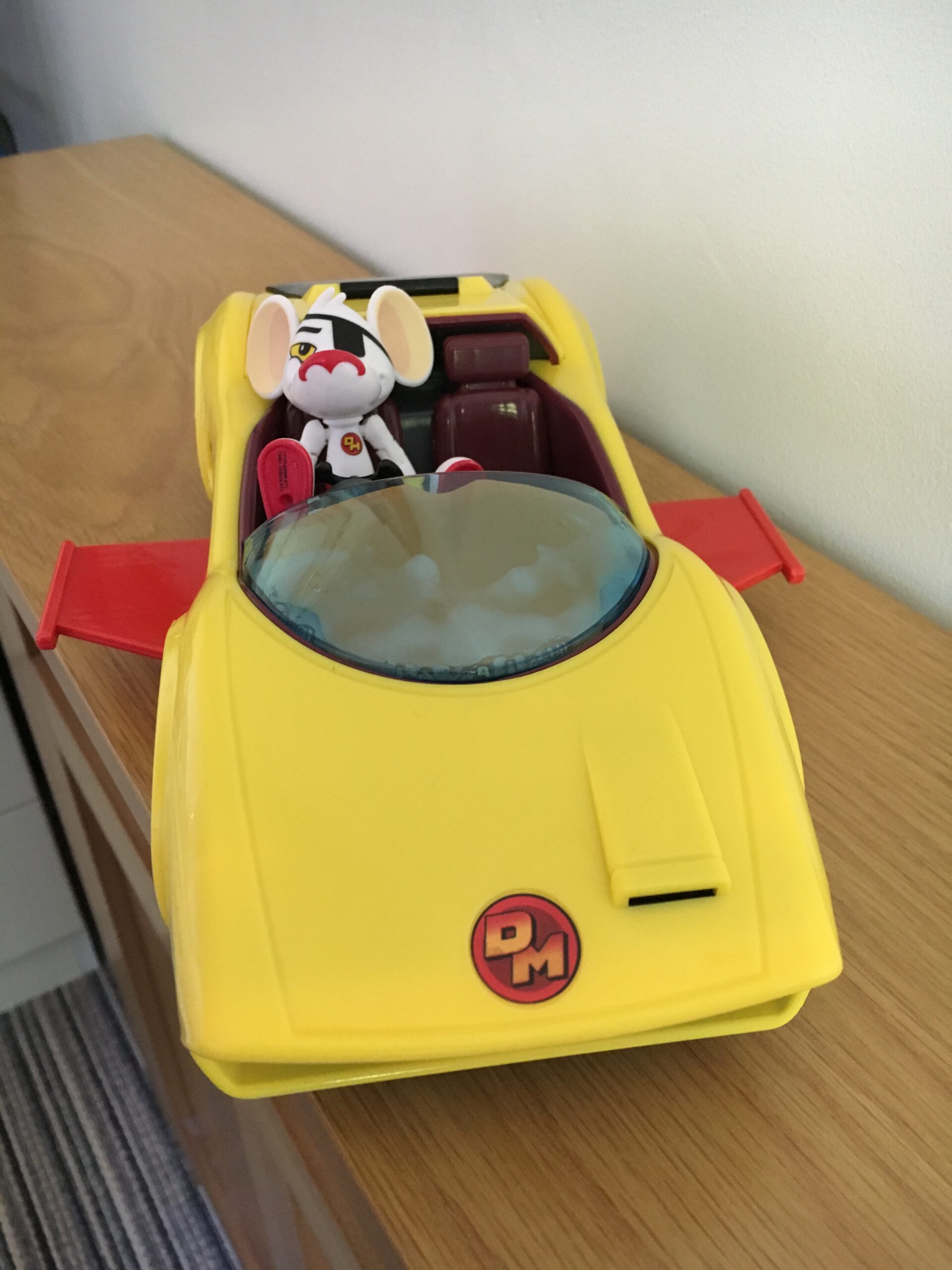 One of my favourite TV shows as a child was Danger Mouse and now he is back saving London, saving the world and, most importantly, saving Penfold in all new fantastically absurd adventures which have really captured Isaac’s imagination.

Danger Mouse, the “world’s greatest secret agent” (now brilliantly voiced by Alexander Armstrong) and his hamster sidekick Penfold protect the world from a variety of danger with help from his boss Colonel K (Stephen Fry) and the genius scientist Professor Squawkencluck. Danger Mouse is equipped to defeat his nemesis, Baron von Greenback and his preferred method of travel is his Mark IV Danger Car.

At the Toy Fair earlier this year I was introduced to the new Danger Mouse toy range and knew they would be an instant hit with Isaac so when we offered the Mark IV Danger Car to review I just had to accept.

Mark IV Danger Car tranforms into the Danger Plane at the touch of a button! The car also includes an Exclusive Danger Mouse articulated Figure! 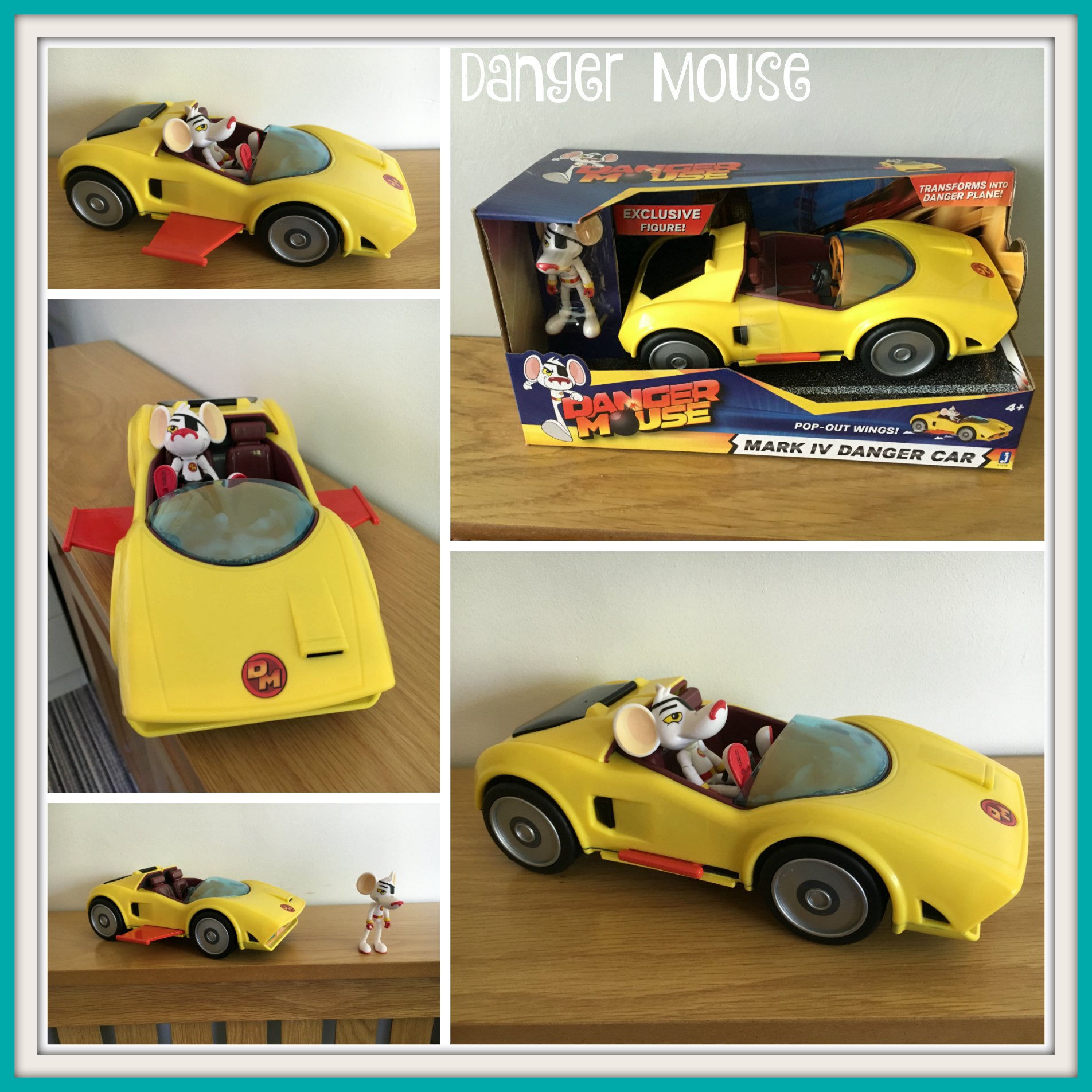 Both Isaac and Sebastian enjoy playing with the car. To change it into the Danger Plane simply press the button to pop-out the wings and the boot also opens to store secret agent gear.

The set is aimed at age 4 and over and although I am happy to let Sebastian play with the car, the Danger Mouse figure does come apart and he has accidentally pulled his legs off a couple of times. It is easy to fix again though.