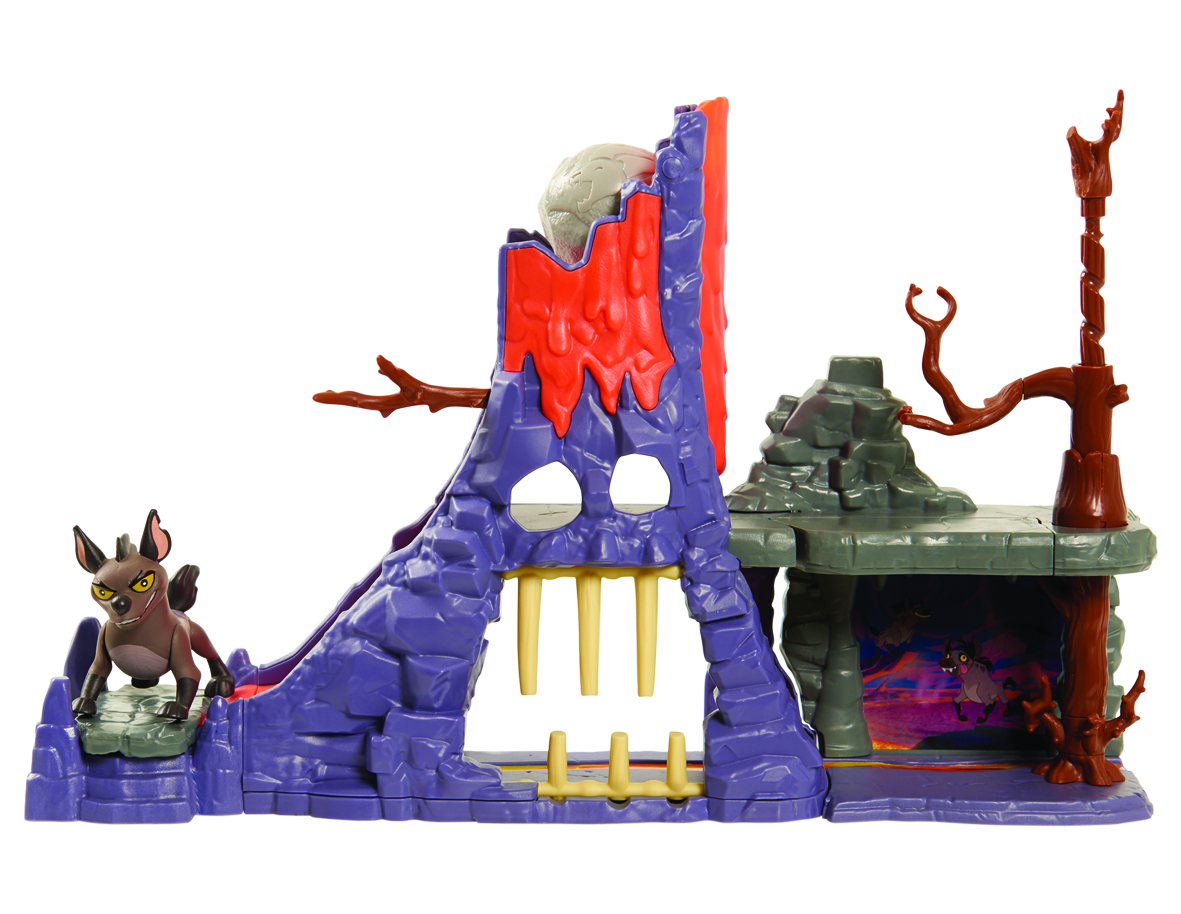 One of Sebby’s favourite TV programmes is the Lion Guard on Disney Jr.

If you have not heard of the programme, it tells the story of Kion, Simba and Nala’s son from the original film the Lion King, which is still a family favourite to this day. The Lion Guard has kept the feel of the Disney movie, with fun friendships, the old challenge and some great songs in it too.

Back in July we reviewed the Defend the Pridelands Playset which has been a much played with toy for months and now we have added the Hyena’s Hide Out Playset from Flair so we can recreate even more of the fun episodes we watch on the TV.

The playset may be smaller than the Defend the Pridelands set, but the adventures are big at this creepy Hyena Hide Out!

The playset comes in two parts which can be linked together in different positions or kept separate. There are lots of moveable pieces to keep little hands occupied;  pull down on a branch to launch the destructive boulder, keep enemies at bay by collapsing the floor or dropping them figure into the lava river, place a figure in the tree and spin them, and raise the lava wall up and down. There is also a scary bone cave trap and playset comes with the figure Janja, a hyena.

The set is a lot of fun and teamed with the Defend the Pridelands playset has kept Sebby and the children I look after quiet for ages!!