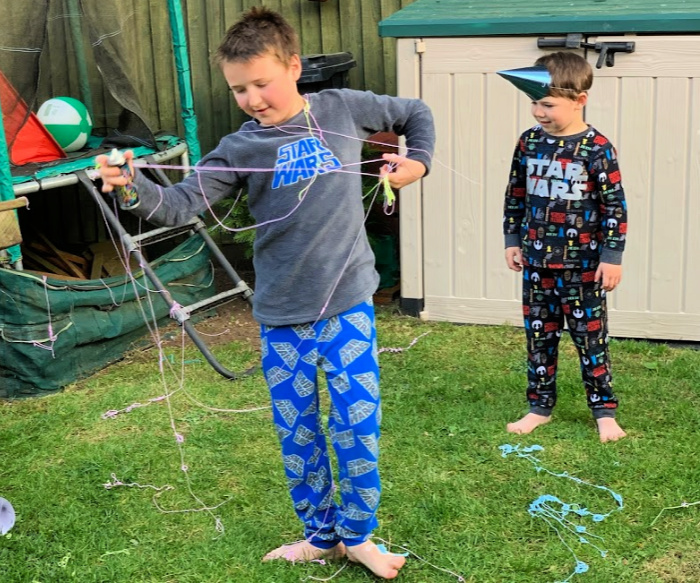 We normally stage a big party for him, but as he was turning 12 and now in secondary school, we had told him it would be a much smaller affair this year.

We still had plans to do Go Ape though, as he has finally reached the 140cm milestone which means he can do the adult course, which he has wanted to do for the last couple of years.

Sadly, it was not meant to be and we spent the day in lockdown instead, which he took his stride.

He got some brilliant lockdown themed cards, which we managed to find on Thortful – a website that does ruder and funnier cards than the usual! We are also part of a facebook group that makes cards for local children, so they don’t miss out and he got some lovely homemade ones too. 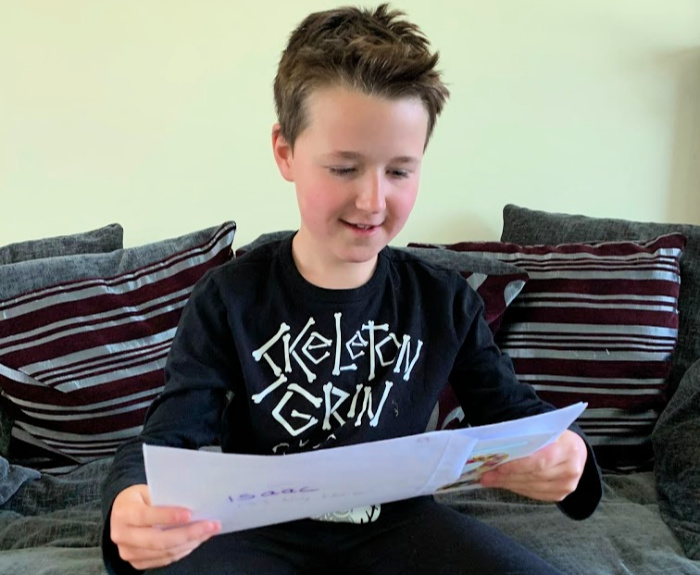 Sadly, his Dad had to work in the morning so he got half his presents in the morning and we saved some for when he got home in the afternoon. Nanny also appeared at the gate to wish him a Happy Birthday, so they had a chat across the garden. 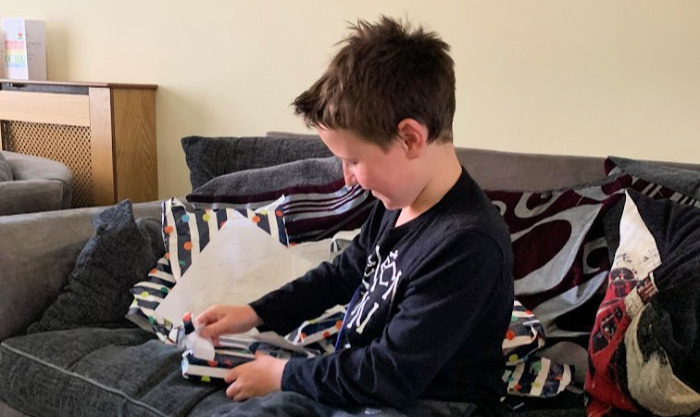 He was over-the-moon to get the fitbit he wanted for his swimming training, plus lots of clothes and some money to spend when we finally get out of lockdown. 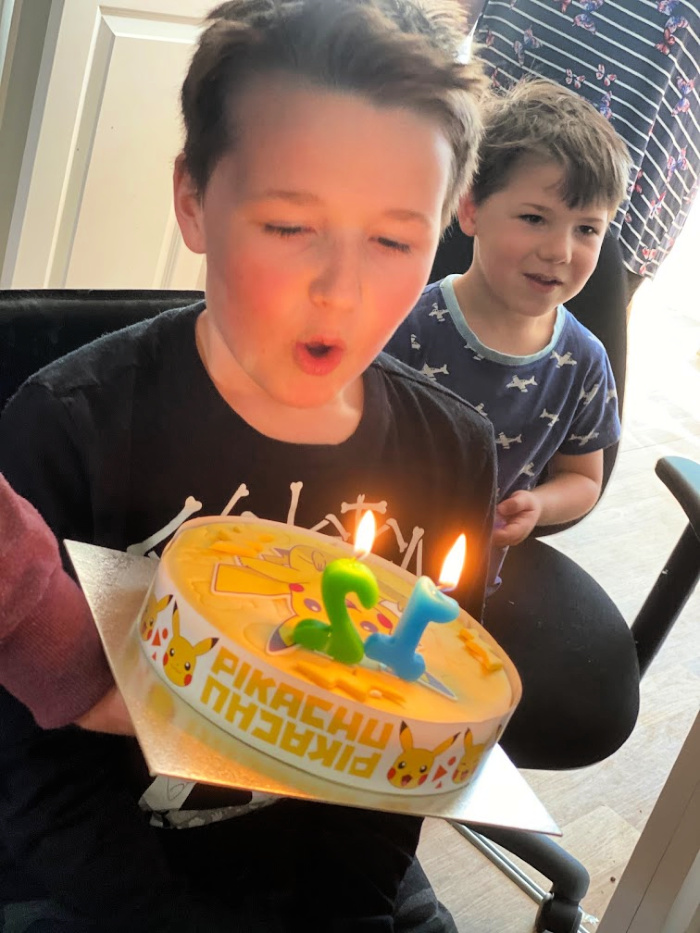 Isaac is a keen Pokemon Go player, so we chose a Pikachu cake and presented it to him during a family Zoom chat which was lovely as his siblings all sang happy birthday to him. 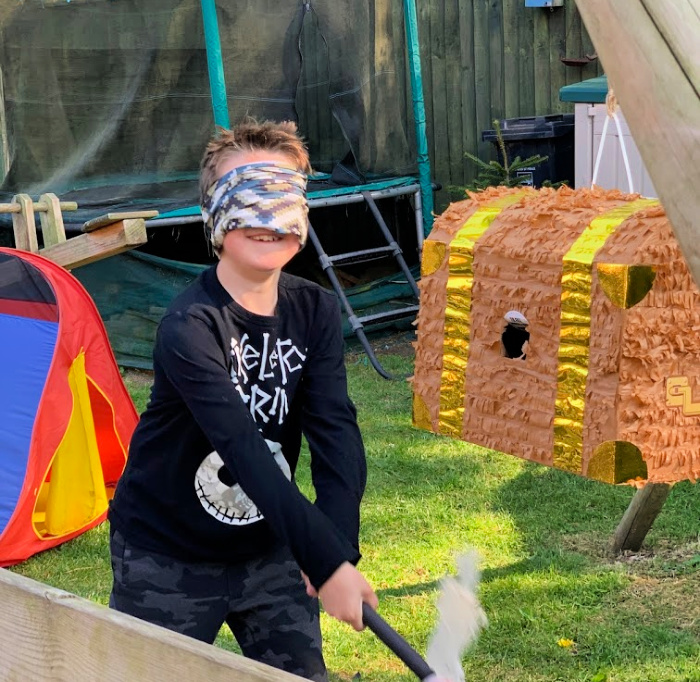 Making the day special was tricky, but I managed to get hold of a pinata and some silly string for them all to have fun with and he played games online with his friends too. 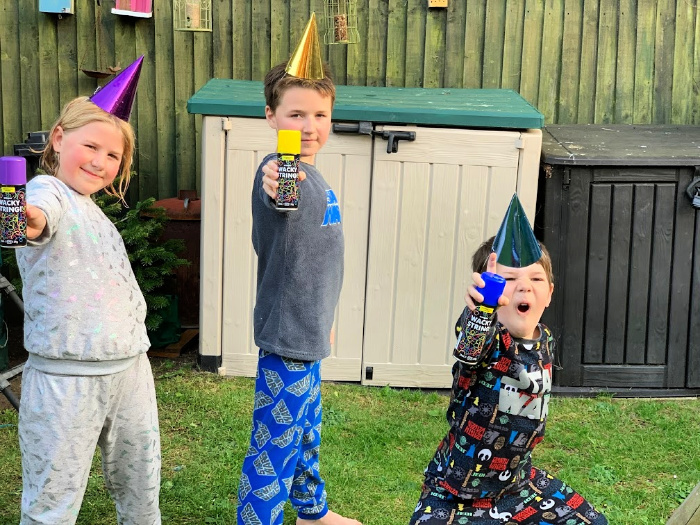 He also enjoyed some time in the lazy spa. 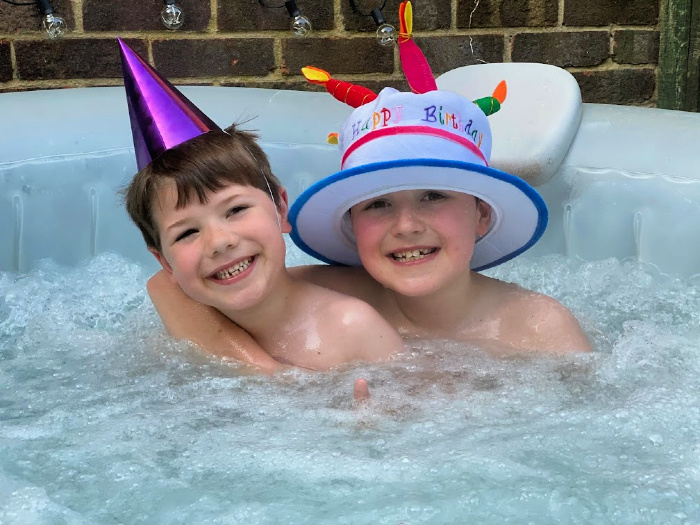 Happy 12th Birthday Isaac, I promise we will do Go Ape and Splashdown when the lockdown is lifted!!