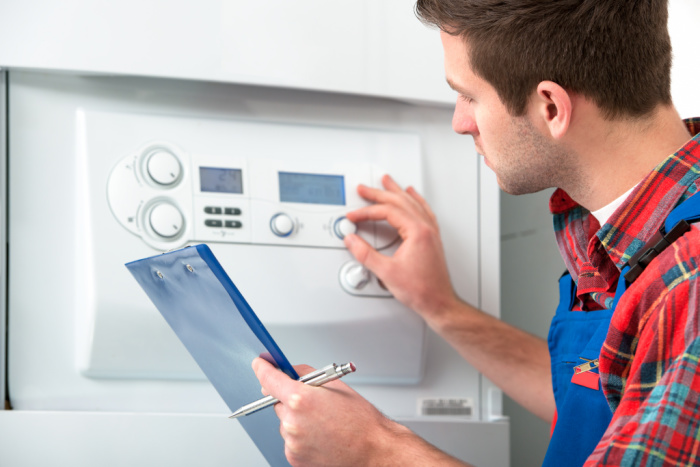 When you own your own home, you will likely encounter plenty of unexpected costs over the years. This includes everything from having to buy new appliances when they break down to repairing your roof and replacing your boiler when it comes time to do that. Many people ignore problems with their home for too long and this can result in the problem getting worse than it needs to be.

The boiler is one of the most important parts of the home and so you need to be on the lookout for any issues. In this guide, we are going to look at some of the signs that you might need to replace your boiler, sooner rather than later. Read on to hear what you should look out for.

It Is Older Than 15 Years

Boilers typically last between 10 and 15 years so if you have moved into a home that has an existing boiler system, you might want to check on the age of it. If the previous owner wasn’t around when the boiler was installed, it is likely that it is older than you might think. Over the years, your boiler can get worn down and won’t be working as efficiently as you might like. If you know that your boiler is more than 15 years old, this is a clear sign that it might need to be replaced sooner rather than later. Check your records and have someone come check it if you think that it is reaching the end of its life. This way, you can avoid being without a boiler when it does, inevitably, break down.

Having an energy-efficient home is desirable for a number of reasons. First and foremost, you’ll be able to cut down on the energy that you are using and live in a more sustainable way. This is something that we should all be aspiring to be doing, otherwise, we are not doing our part for the environment. Another reason why you might want an energy efficient home is that it can make your running costs lower in general. So, if your boiler is not running at a good energy efficient rating, you might want to think about replacing it. Ideally, your boiler will have an A rating, otherwise, it might not be quite what you are hoping for. Remember when replacing it to look for an eco-friendly model so you can give it the best chance in the future.

The last thing that any of us want to have is a leaking boiler as this can cause further problems. Usually, boilers that are reaching the end of their lifespan will start to leak and so you’ll be able to tell that it needs to be replaced sooner than later. A leak in your boiler can occur when the valve or the seal is broken. The good news is that this can be repaired but it will be expensive and is often not worth your money. Usually, we would advise that a leaking boiler that is at the end of its lifespan should be replaced, in order to save money in the long-term.

You Can’t Replace the Parts

Over time, boiler manufacturers stop production on certain products and create new, more efficient ones. This means that the parts that your boiler requires to be repaired might not be available anymore. Sometimes, you can use alternative parts, but this isn’t always going to solve the problem. If you hire a boiler repair company, they will usually tell you if the part you require is accessible. They will have access to all potential parts, such as the thermostat in boiler, and can usually order them if they are not available right now. Of course, if they mention that the part isn’t being made anymore, you’ll need to replace your boiler.

Your Home Takes Longer to Heat

Finally, a strong sign that your boiler might need to be replaced sooner rather than later is that it is taking too long to heat your home. In the winter, you’ll want to be able to switch on your boiler or have it come on at a certain time and heat up quickly. If your boiler is slowing down, it might be a sign that it should be replaced sooner rather than later. According to experts, boilers should start to work within seconds so if you usually need to wait a few minutes for it to kick in, it is probably having some kind of issue. The first step is to get it repaired but if this doesn’t solve the problem, your boiler probably needs to be replaced.

No one wants to have to replace their boiler but if yours is showing any of these signs then you might need to think a bit more seriously about this. The good news is that there are many different boiler models that you can choose from and many of them are more affordable than you might think. If you look at this price guide from BoilerCentral, you’ll see just how affordable these can be. On top of that, you can always get your boiler on finance.

Remember when replacing your boiler that you do your research and choose the right model for you. This way, you’ll be able to guarantee that it will have a long life span.

As you can see, there are many important signs that a boiler is reaching the end of its life. If you have noticed any of the things listed in this article, you should make sure to take action as soon as possible. Don’t wait until your boiler is completely broken as this is only going to put your family and your home in a bad position.

Use the tips that we have given you and make the right decision on the future of your boiler. Don’t ignore these issues!