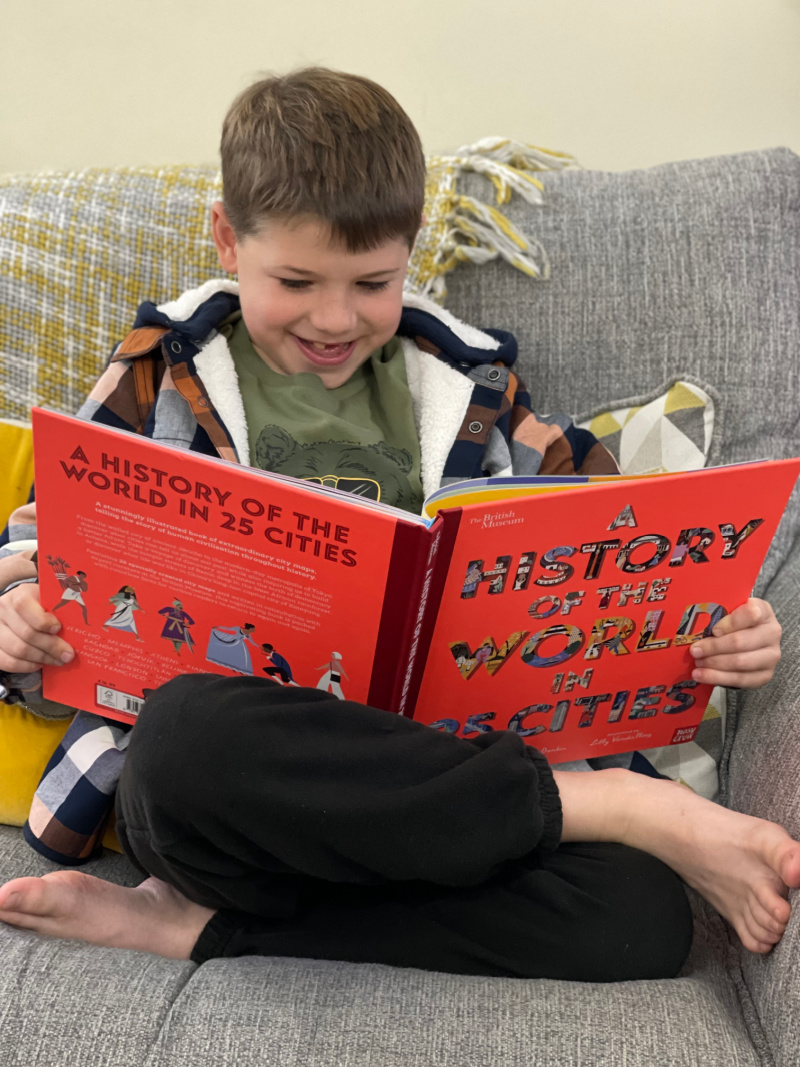 It has been an uneventful week for us.

Lots of ferrying the kids around to various clubs which has become the norm again, after an extended break.

A work day for me and I stayed late to put up the store Christmas decorations. We have a cardboard Christmas Tree this year, which hasn’t gone down well with the customers, but it is recyclable and I added some baubles for a bit of added sparkle.

In the evening, I took Eliza and her friend to their Synchronised swimming lesson, where she is learning a new routine. I was really impressed with how quickly they all picked it up.

Although they are allowed to use the changing rooms again, I bought Eliza a special dry robe so she showers at home.

I had a quite day at home with Lilah, catching up on some blog reviews with her and watching Cars, for what felt like the 40 millionth time.

Eliza and Isaac had scouts in the evening, so Sebby and I did some research for his project on the Egyptians.

I took Lilah to Weymouth Sealife Centre, where she enjoyed seeing the fish and the penguins.

Her talking is really coming on, but she had everyone in fits of giggles when we saw the Sealions, as every time one swam past, she called them “Simon”.

She hasn’t put her Peppa Pig phone down since I gave it to her and when I took her to McDonalds afterwards, she “paid” for her lunch like I did moments before. Just wish it worked!!

For the last 18 months the kids have not been allowed to take bags into school, but now the rules have been relaxed. Sebby was very excited to be able to take his new backpack into school.

Due to staff absence at work, I offered to cover a late night, so took advantage of a child free morning and headed out for breakfast with my husband.

We went to our favourite cafe, Flamingo and both went for a full English – lets just say I didn’t have to eat for the rest of the day.

Sebby and Eliza both had parents evening on zoom. Eliza needs to work on her confidence in Maths, but the report was otherwise good. Sebby also needs to work on his maths and writes too fast with English, so they both have things they need to work on. Apparently Sebby also sulks if he doesn’t get picked to answer questions in class, bless him – at least he puts his hand up.

It was our last day with our Poppy seller, Ken, in store, who managed to collect over £9000 in the 10 days he was with us. We still have poppies over the weekend, but looking forward to getting a final total on Monday.

Sebby was proud as punch when he came home with a celebration certificate.

This week is my Saturday in work and it was stupidly busy. The kids went to Abbey’s for the day and I got sent a really cute video of Sebby reading to Lilah.