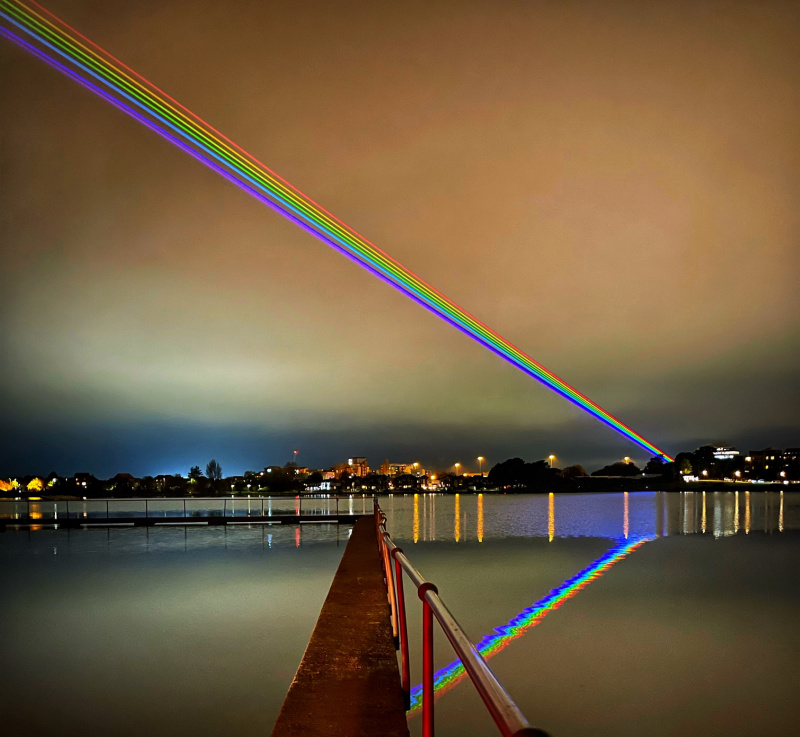 This week has been a busy week with work and various clubs and events that the kids have had to be ferried to.

At the beginning of the week, Isaac and Eliza took part in the local Remembrance Sunday parade with their scout troop and by the end of the week, the boys were in Sussex to stay with their big brother Callan and we were in London with Eliza to see Frozen.

It is back to normal for Remembrance Sunday this year and Isaac and Eliza both took part in the Remembrance Parade in Bournemouth.

Abbey joined us with Lilah during the service and whilst we were waiting for everyone to march back to the meeting points, they decided to play with the Autumn leaves.

Both Eliza and Isaac stood beautifully throughout the whole service, which lasted about half an hour, so we treated them to a well deserved hot chocolate afterwards, to warm them up as it was a bit chilly.

Lilah is almost two and really enjoys being read to, with one of her favourite books being the Gruffalo, so I decided to take her to Moors Valley to do the Gruffalo Spotters Trail.

The trail is about 2 miles long and has fun family activities where you learn about each animal from the Gruffalo story.

There is also an app to go with the trail, which really brings the Gruffalo to life. Thankfully, Lilah’s other Nanny joined us, as Lilah just wanted to watch what was happening on my phone, rather than do the actions herself.

A work day for me and I hit the 80,000 miles milestone on my car, so had to take a photo to mark the occasion.

Another work day and then I took Sebby for his weekly swimming lesson. Once he had finished, I needed to pop into Tesco to pick up some supplies and Sebby made sure he got some blue tokens to help his scout group win a community grant.

Another work day and the beginning of our winter food collection for our local foodbank.

It always amazes me how generous our customers are and we collected 17 crates of food on the first day alone.

Eliza has been doing a free parkour course at Project Climb and tonight was her last one.

Whilst they were there, I headed over the road to Poole Park as the Global Rainbow art installation had been installed at the Lighthouse.

Global Rainbow is a monumental outdoor laser installation by American artist Yvette Mattern. Seven rays of laser light representing the colour spectrum of a natural rainbow will illuminate the night sky and apparently could be seen over 35 miles away.

The lakes at Poole Park were the perfect backdrop as you could catch the reflection in the water.

For Eliza’s birthday, back in January, we were supposed to head to London to see Frozen the Musical, but “you know what” put pay to that. Two postponements later and we dropped the boys off at Callan’s and headed to London for the weekend, for her very belated birthday present.

We arrived in London quite late, so checked into our hotel before heading out to see as many of the Christmas lights as possible.

We last visited London just out of of lockdown and it was deathly quiet, but it seems to have bounced back and was heaving with people everywhere.

We finished exploring in Covent Garden, before heading back to the Hotel to get a good nights sleep before Frozen on Sunday.