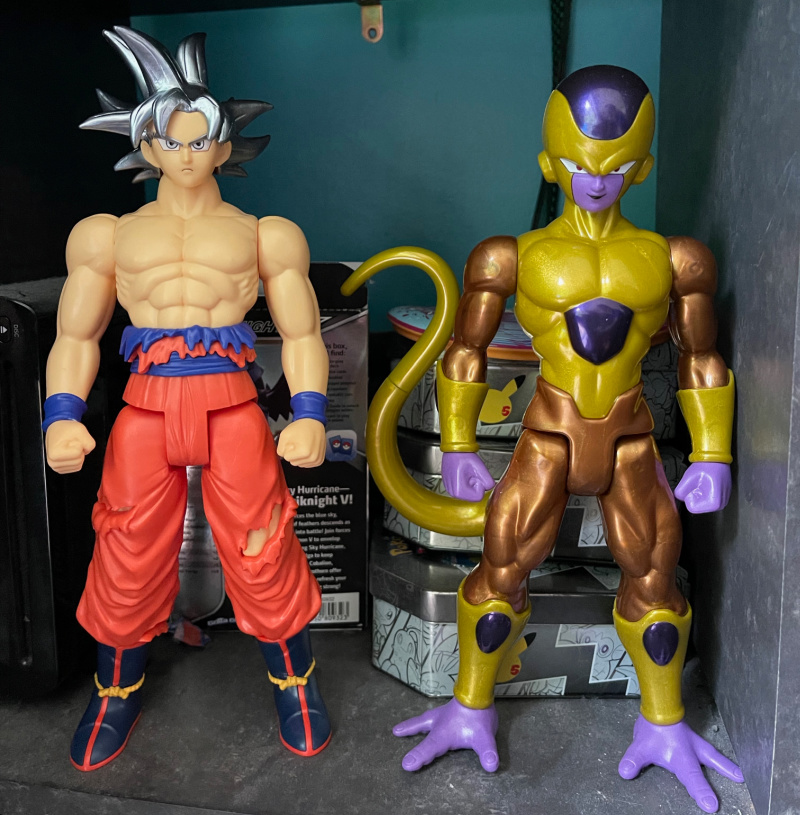 Anime is all the rage with the kids at school at the moment, with many of them even dressing up as their favourite characters for World Book Day.

Dragon Ball is a Japanese anime television series which tells the tale of a young warrior by the name of Son Goku, a young peculiar boy with a tail who embarks on a quest to become stronger and learns of the Dragon Balls. When all 7 are gathered, they can grant any wish of choice.

Isaac and Sebby are massive fans of Dragon Ball and loves these figures. They say that the anime figures are really authentic and realistic.

Ultra Instinct Goku is the hero of this series and is a high-quality, well-crafted 30cm scale figure. He has 5 points of articulation and is perfect to pose, play, or display.

Golden Frieza is the villain of the story and is an equal match to Goku’s powers. He also has 5 points of articulation and is perfect to pose, play, or display.

The figures are now proudly on display with all their collectables.

There are 12 figures to collect, including Goku, Vegeta, Giren, Super Siren Broly and their various power level looks.

The Dragonball Limit Breaker figures are available from Amazon and have an RRP of £19.99

Disclaimer: We were sent the Dragonball Limit Breaker figures for the purpose of a review. All thoughts and opinions are our own