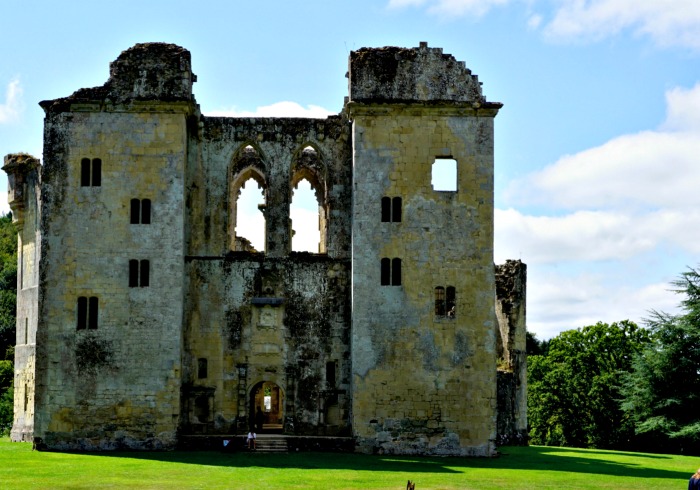 Living in Dorset we have some fabulous countryside in our doorstep, but I always tend to head west along the coast. Back in May we … Read more 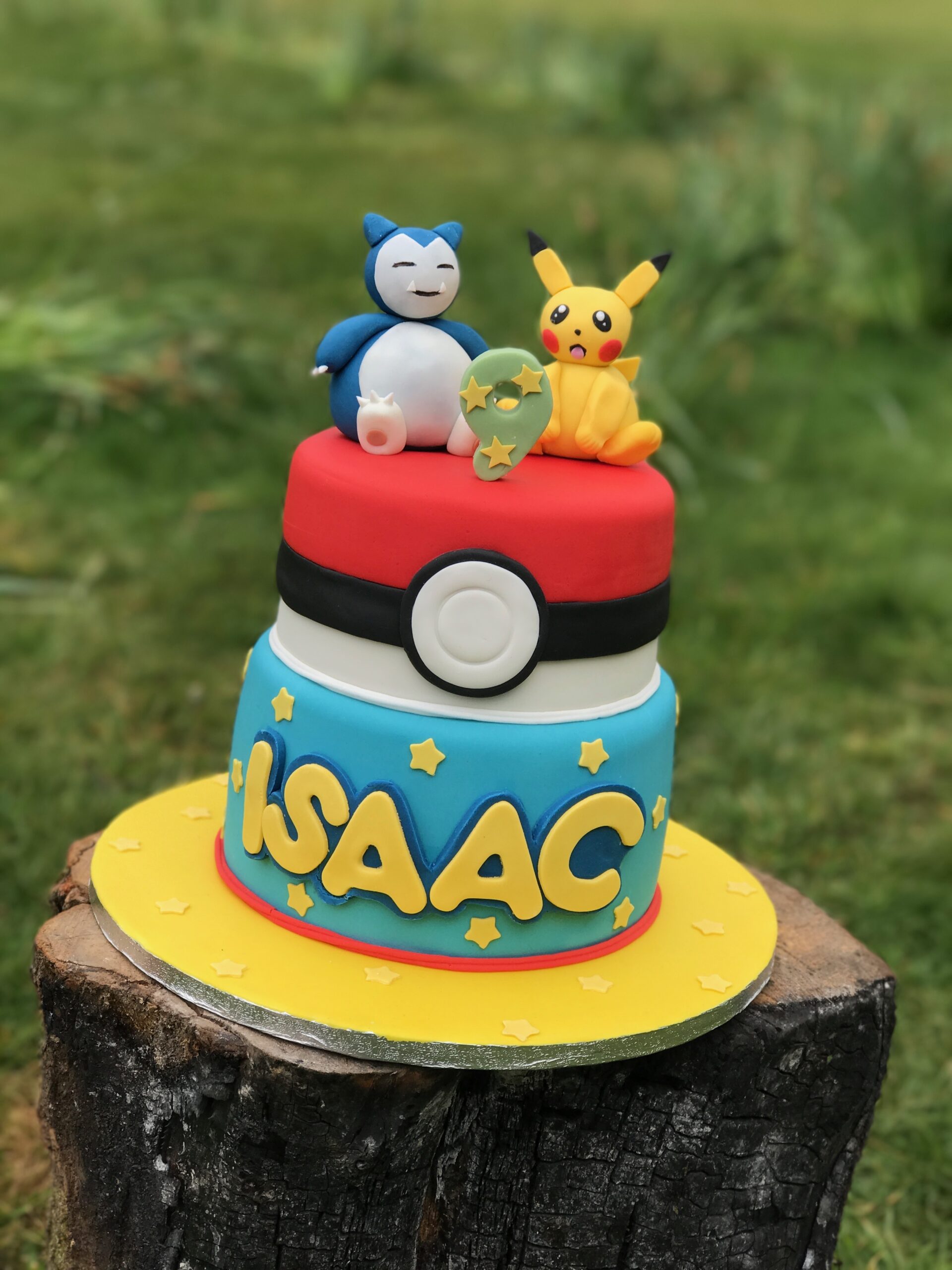 On Sunday, Isaac turned 9 years old and in the lead up to his birthday he told me that he wanted something different for his party.

Last year he literally had a blast with a Science Party and prior to that he had a superhero themed party which were both held indoors, but Isaac is quite an adventurous boy with a passion for being outside and is quite a daredevil on the quiet, so I thought I would take a chance on the weather and book something outside.

I toyed with the idea of Go Ape or a climbing party, but he has done both recently and I wanted to give him and his friends the chance to try something new and have been following events at Avon Tyrell Youth Outdoor Activity Centre for a while on facebook so decided to see if they offered birthday parties.

There were three different packages to choose from and we decided on the Go Adventure package which allowed Isaac to choose three, hour long activities from a list of fourteen. He chose the Zip Wire, Archery and High Ropes.

He invited eleven friends who were then split up into two teams of six. Isaac’s team did High Ropes first, followed by Archery and then the Zip and the second team started with Archery, the Zip and finished with the High Ropes.

After a safety briefing, Isaac was first up and took on the balance beam first. He had to walk up an angled tree trunk towards a tree with ladder holds on it, climb up to a second tree trunk which he had to walk across, 9 metres (30ft) in the air, and all with nothing to hold onto bar his safety rope! 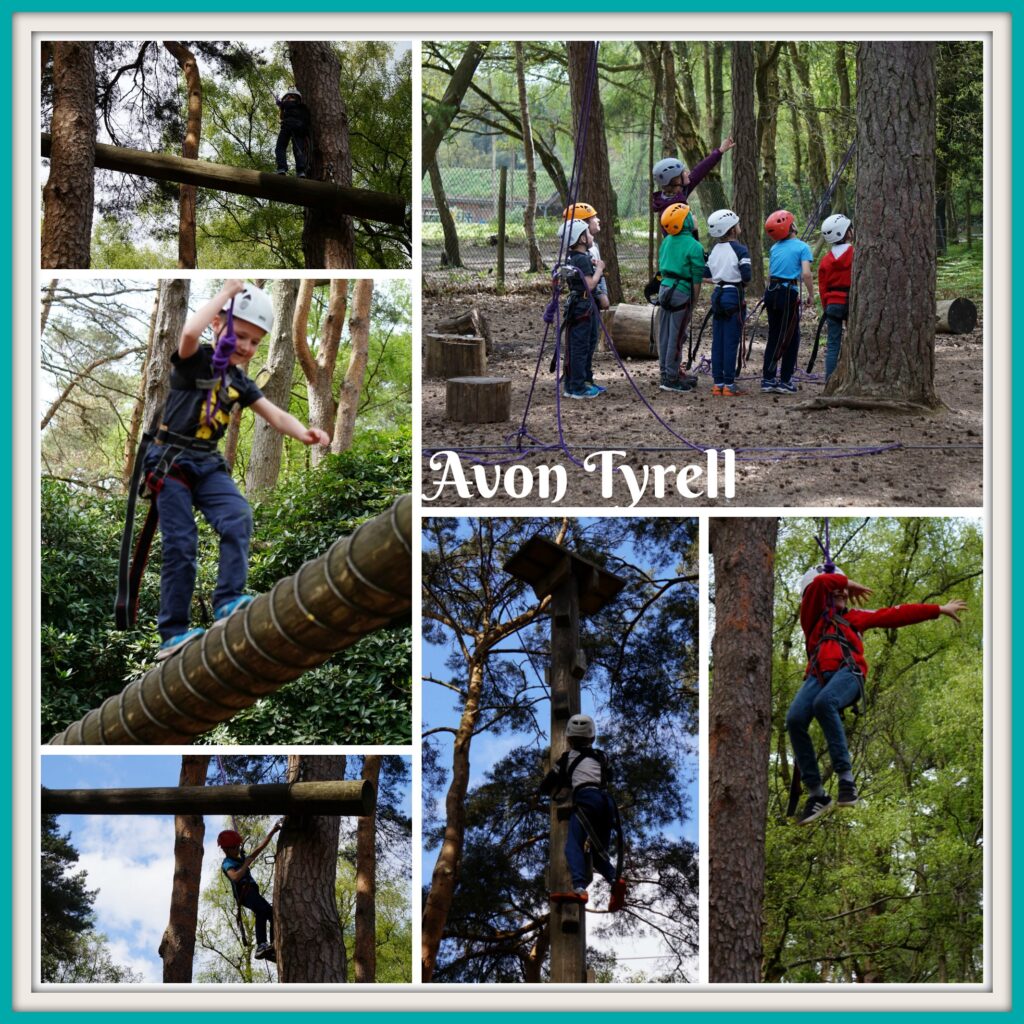 It took a lot of determination and resilience to take on the balance beam but he did it. Some of his friends also tried the balance beam, whilst others attempted the cable traverse, trapeze jump or walked the double incline log, all sitting 9 metres above the ground. Some got higher than others and one was even swinging on the trapeze upside down, but they all had a go and were cheering each other on throughout. I think being lowered down to the ground was good fun too. 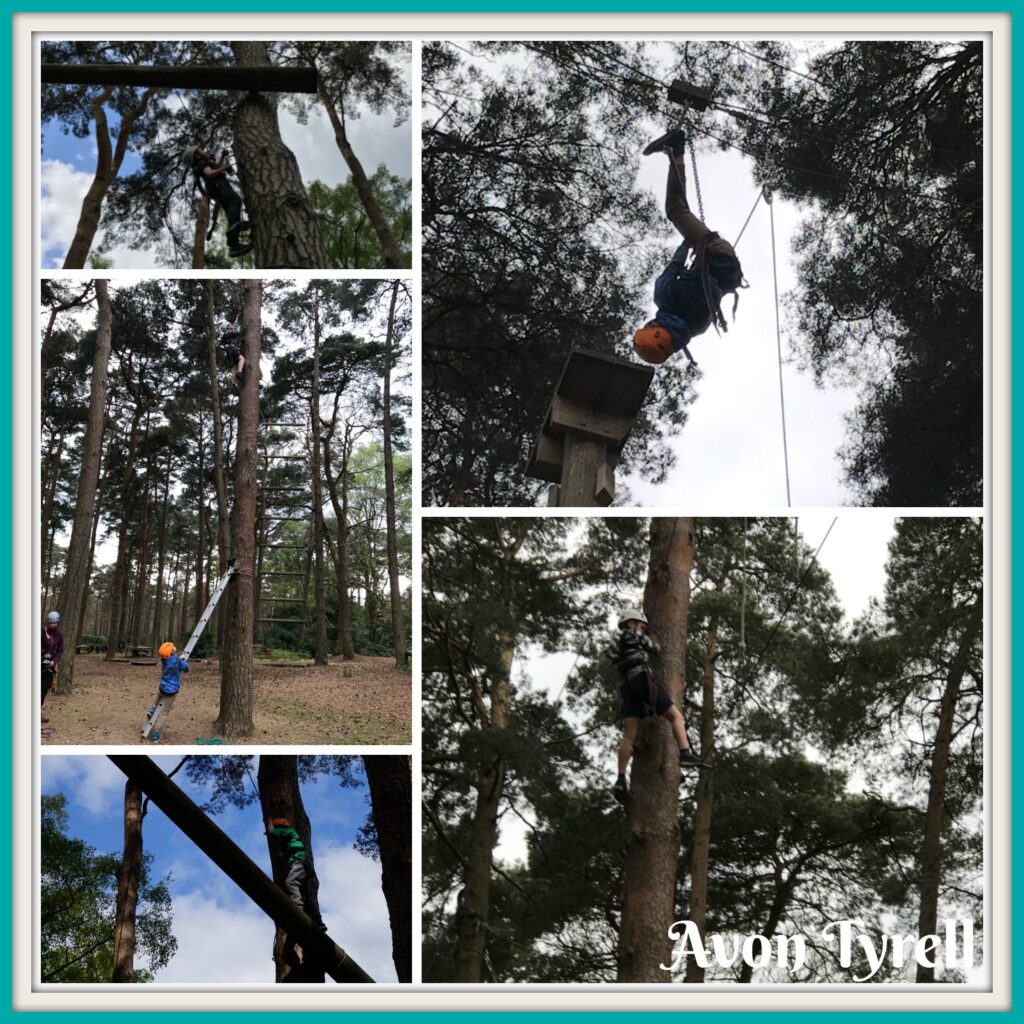 For the Archery session, a qualified leader guided the kids on the skills of the sport to allow you them safely to enjoy it. They practiced perfecting their technique from the shooting line and once they had mastered the basics, the instructor then guided them through some games and competitions, with the added challenge of hitting the “bullseye” to get a £1……a couple of them did it too. 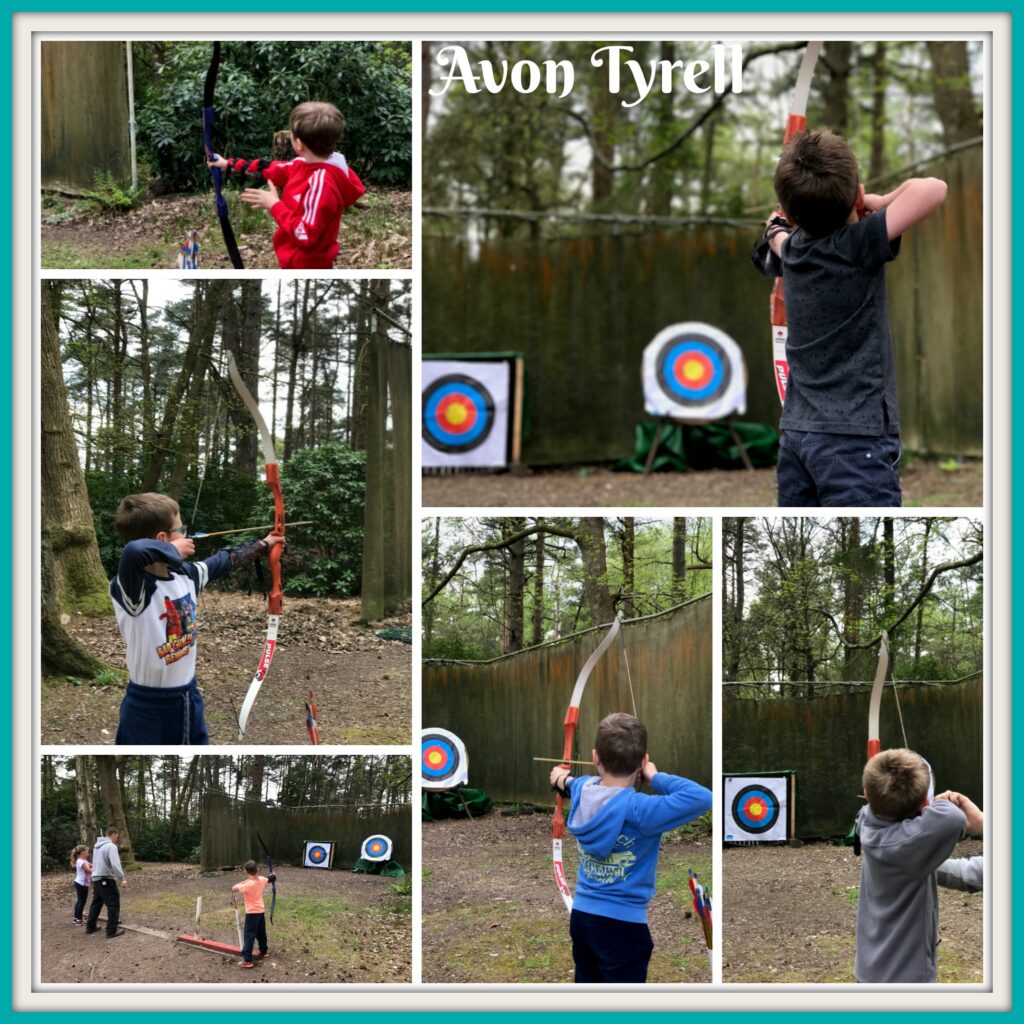 The Zip Wire was probably the most nerve-wracking event of the day but at the same time was also the one they enjoyed the most. It was climbing 30 feet up to the starting platform that got some nervous, but the leaders were amazing and kept distracting the kids from the height by talking to them as they climbed up. They were then hooked onto the 60 metre long zip wire and launched themselves off the platform and over a picturesque lake to the other side. 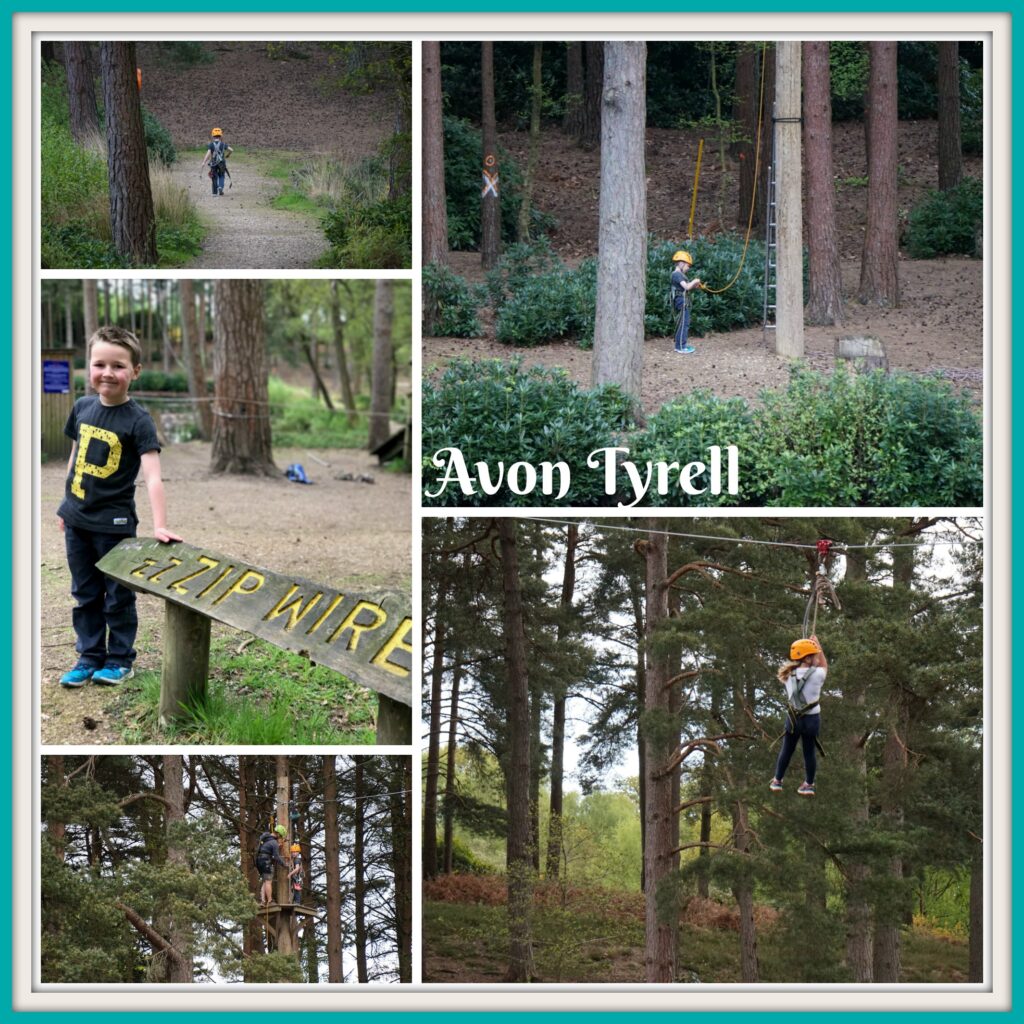 Adrenalin activities over, it was then time to stop for a picnic. I made the kids their own separate party food boxes, which saved a lot of waste and mess, and then it was time for the all important birthday cake, which had a Pokemon theme as requested by the birthday boy. 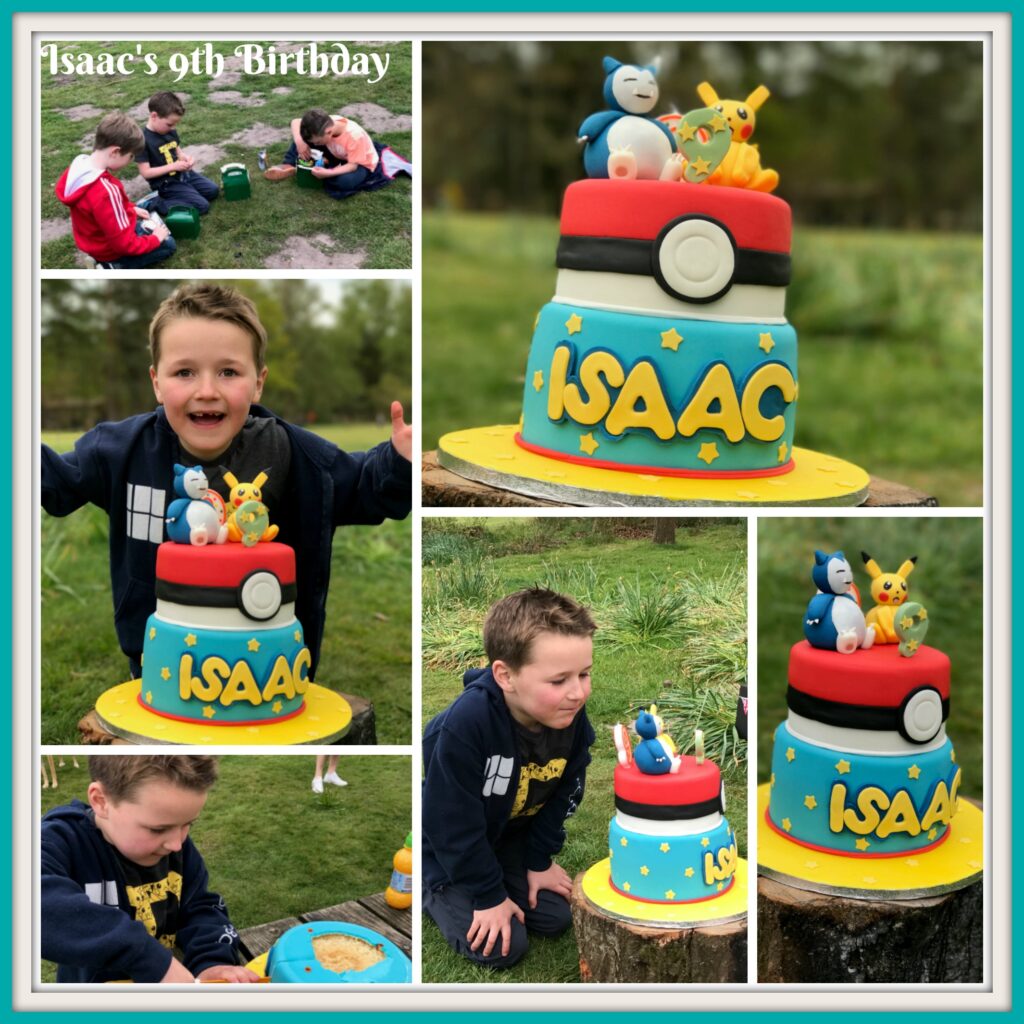 Isaac and his friends had the most amazing time and apparently have not stopped talking about his party with a difference. I would definitely recommend Avon Tyrell as an alternative party venue, there are plenty of grounds for a picnic, a fab adventure course that the kids can use too and the instructors were fun, friendly and encouraging.

Disclaimer: Thanks to Partyrama for supplying some of the party essentials.