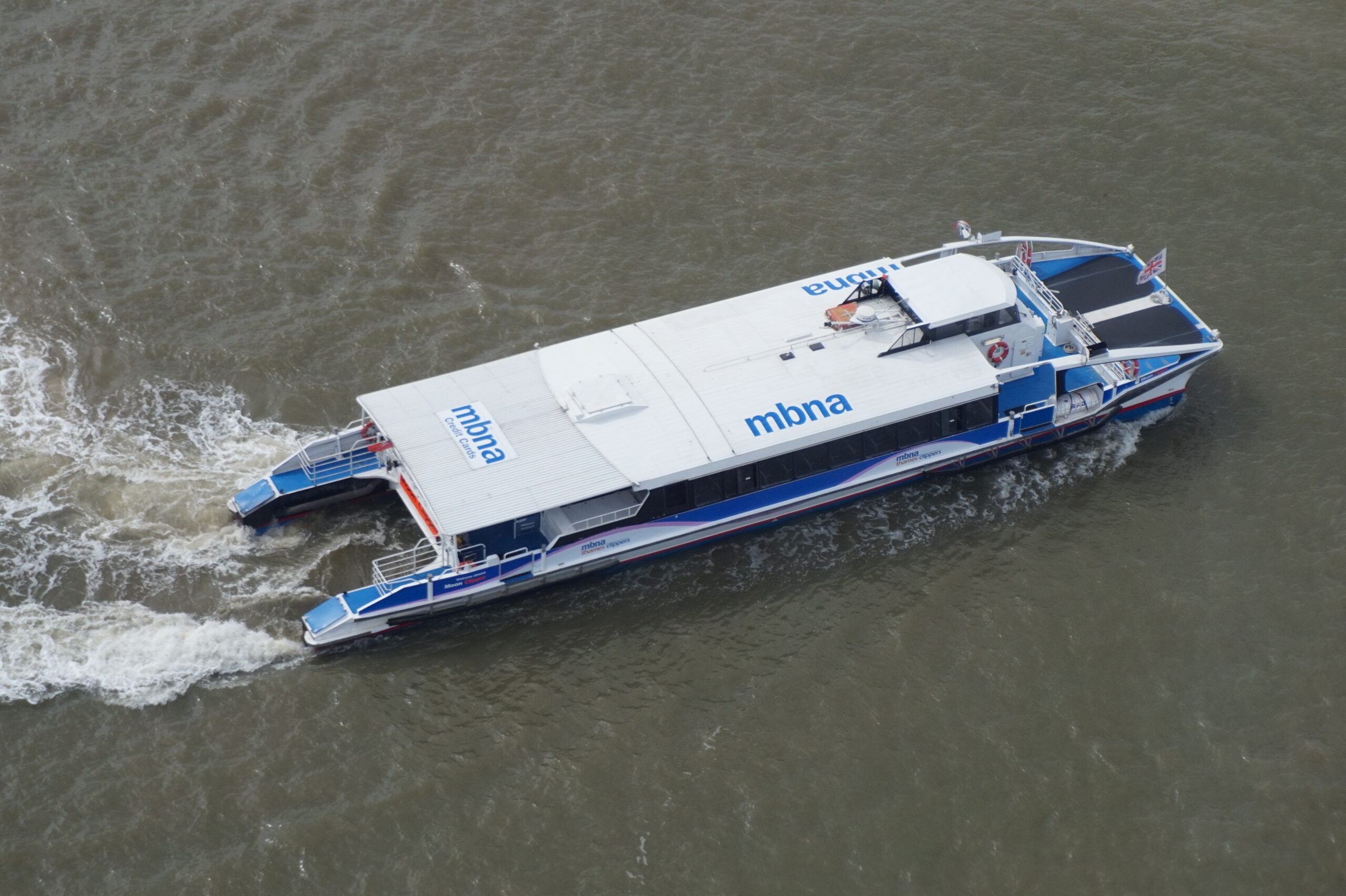 We are fairly frequent visitors to London and have enjoyed a short trip on the Thames aboard a “Duck” with London Duck Tours as well as a sightseeing tour last year up as far as the Tower of London.

Last week we were invited to join MBNA Thames Clippers on a family day of sightseeing from the river and exploring Greenwich and the Greenwich Peninsula.

MBNA Thames Clippers are the fastest & most frequent fleet on the river Thames with departures from major London piers every 20 minutes. Their services stretch from Putney to Royal Arsenal Woolwich, and they cater for all, from early morning commuters to families wanting a day out on the river.

We started the day by boarding the boat at the London Eye, where the kids were given activity packs to complete once they were on board. 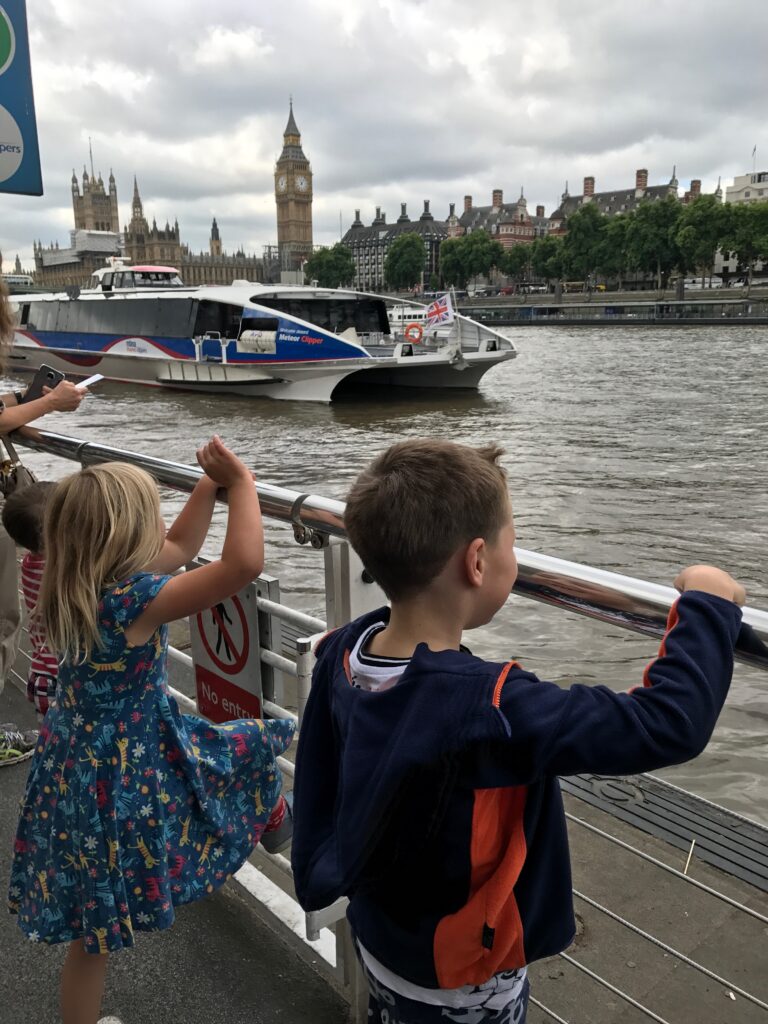 We then travelled along the Thames as the kids tried to spot the landmarks in their activity book which included The Shard, The Globe and St Paul’s Cathedral. They also got to try their hand some colouring and puzzles too. 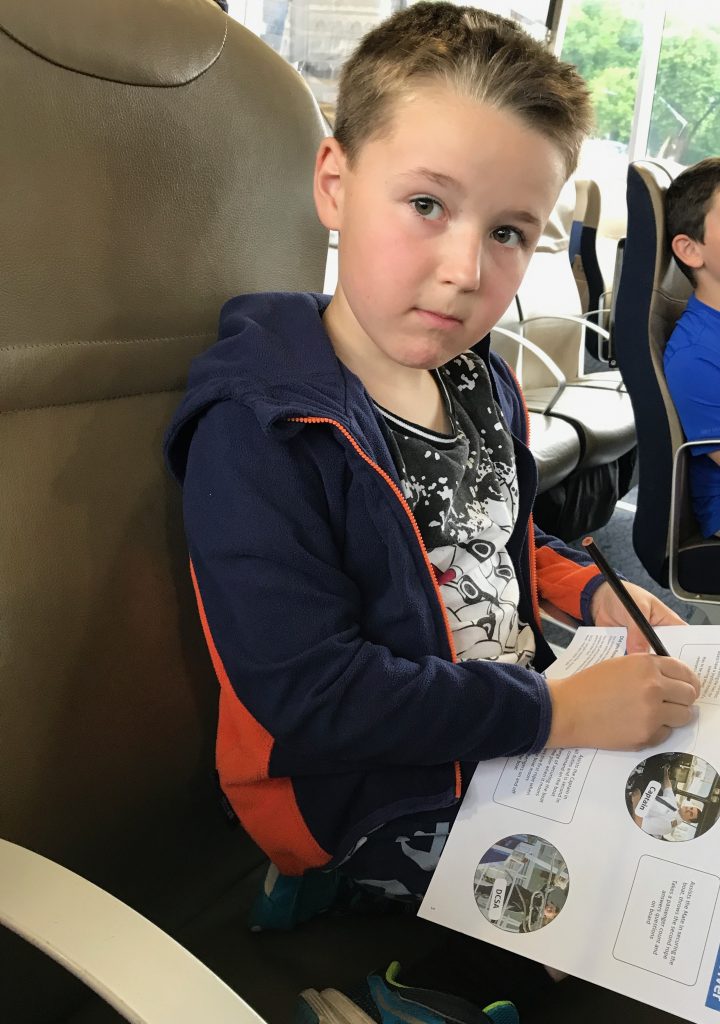 During our journey we had to make an unscheduled stop of about half an hour to let the Thames waters settle for the Doggets Coat and Badge race, the oldest rowing race in the world. Up to six apprentice watermen of the River Thames compete for this prestigious honour, which has been held every year since 1715 and it was a real treat to watch. 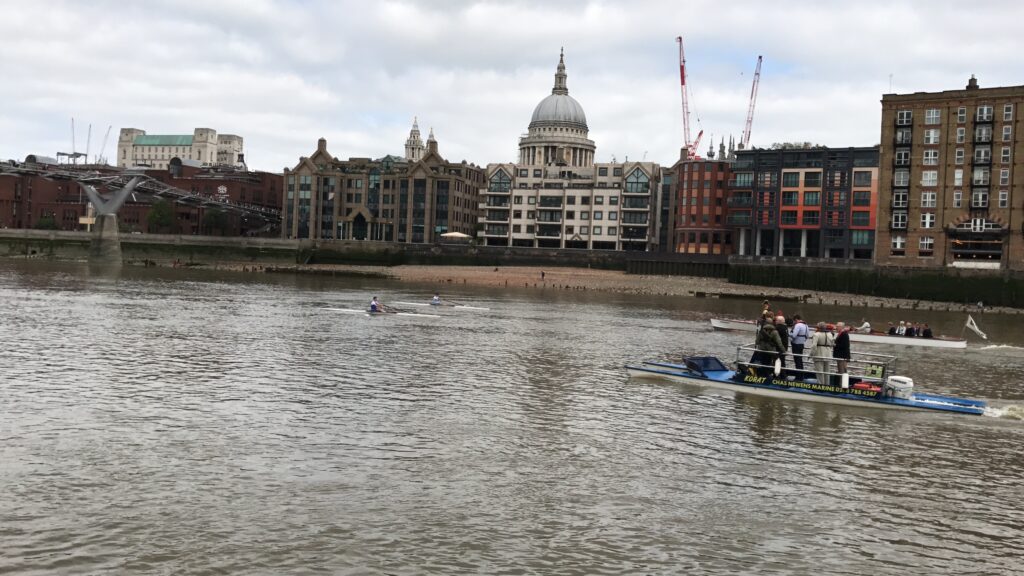 Whilst we were waiting for the race to start, Isaac and Sebastian were invited up to the wheel house by the Captain and got to learn all about the Thames Clippers as well as watching the race start from a great vantage point. 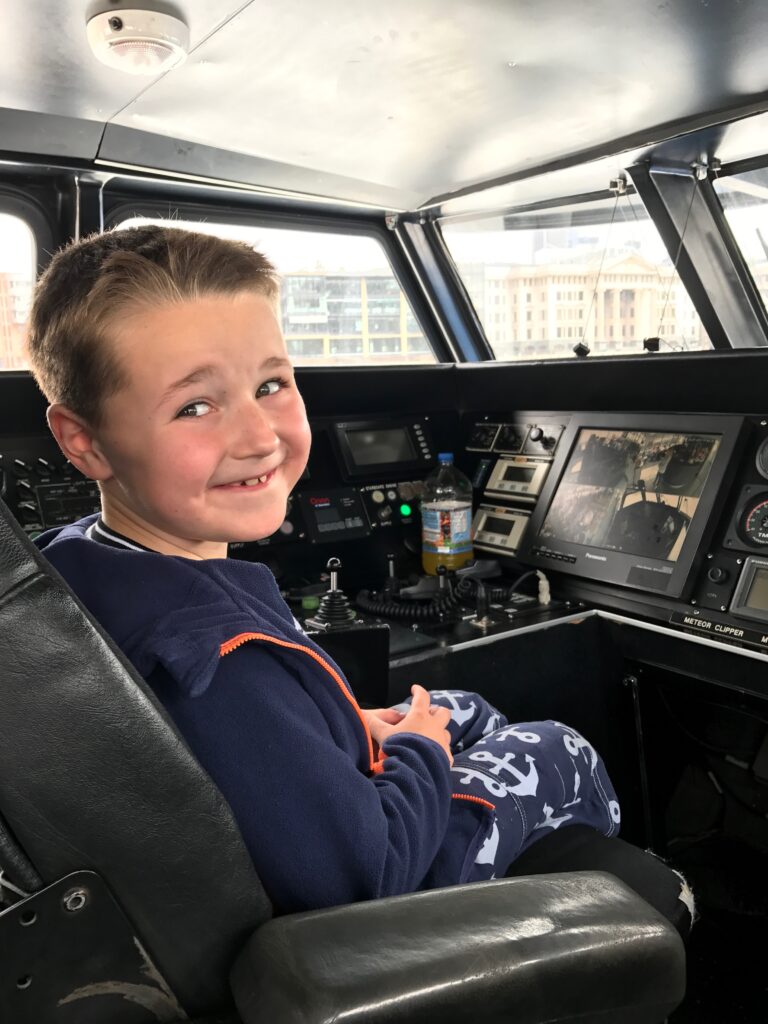 Once the race had gone past it was time to set off again to continue our journey to Greenwich to visit the historic Cutty Sark, Britain’s only surviving tea clipper and fastest ship of her time. 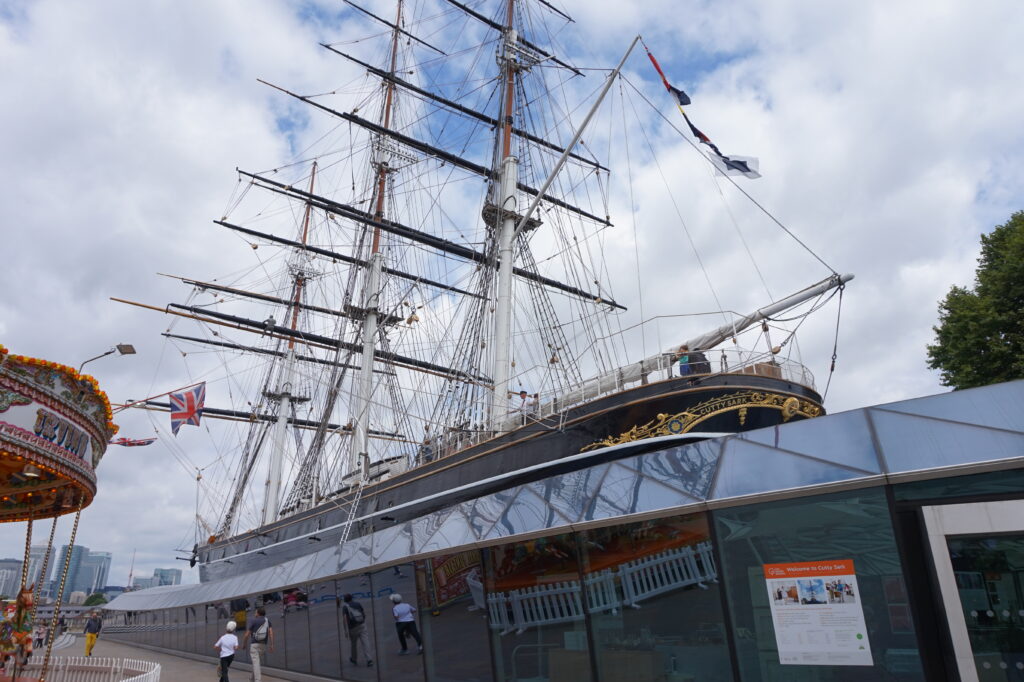 With interactive exhibits, different samples of the ship’s cargo and a cast of colourful character actors from Cutty Sark’s past, it is a really interesting visit, plus there are magnificent views over the Thames from the helm. 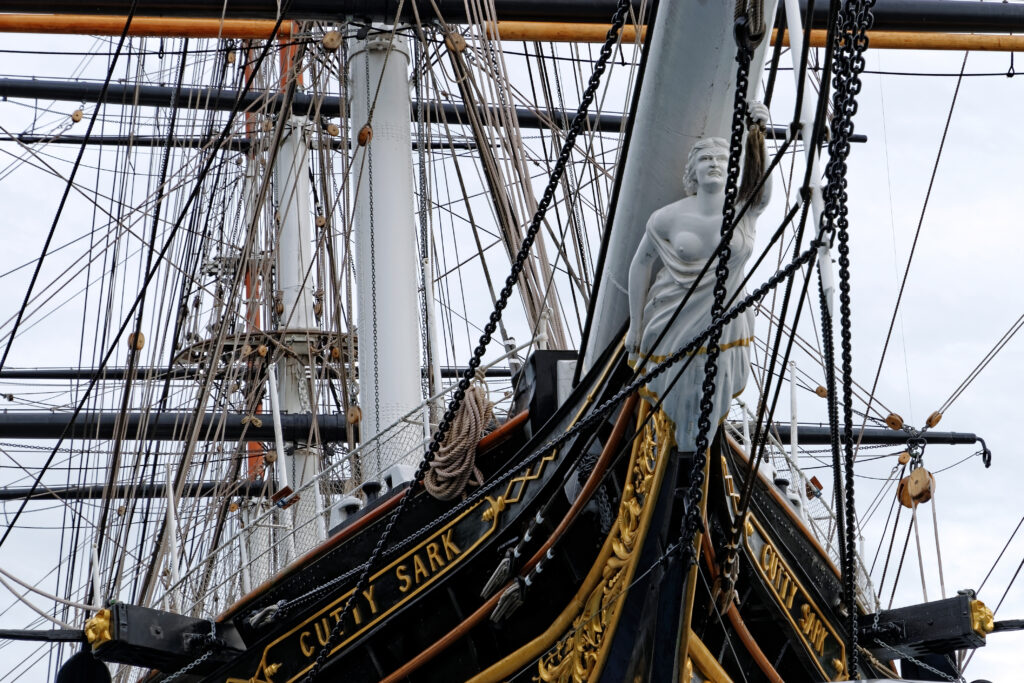 In comparison to the 19th Century ship, the museum is a modern marvel and the glass housing is made to look like the sea from the outside and suspends the ship in mid air so you literally walk under the hull once inside. 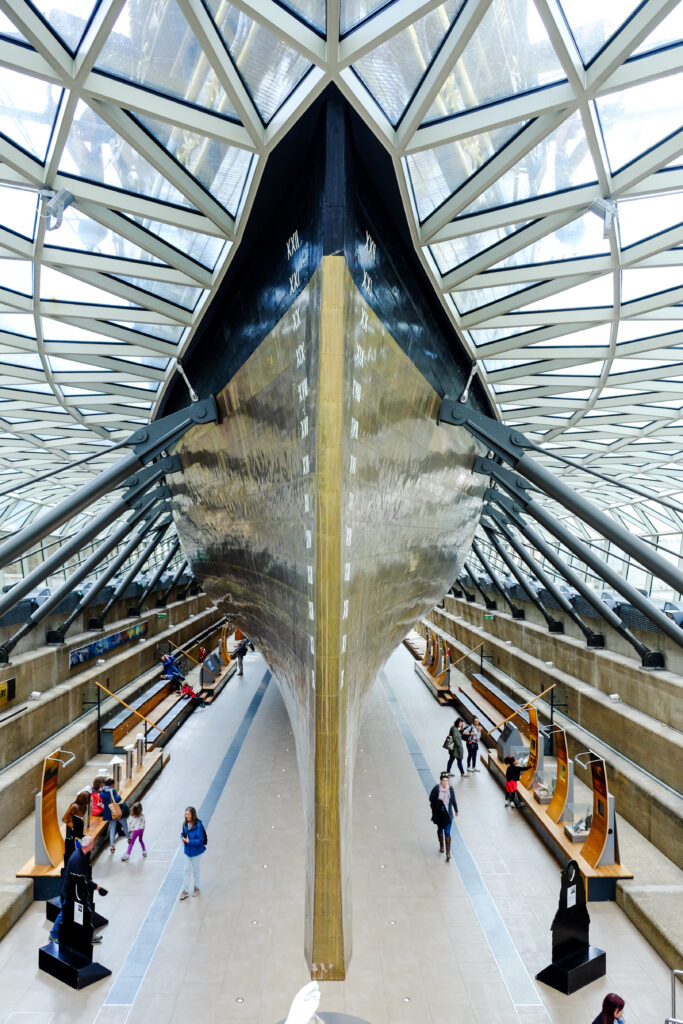 By now the kids were getting hungry so we headed to the Rivington Grill, located in the Greenwich Picture House in the town centre to sample their new children’s menu. 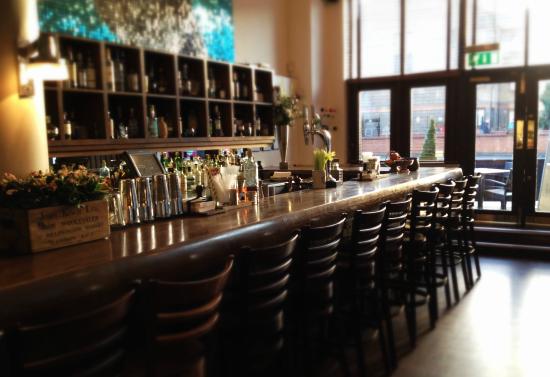 Rivington Grill are offering a fabulous ‘kids eat free’ offer, with a maximum of two children per paying adult over the summer holidays and Isaac and Eliza enjoyed a tasty burger and chips whilst Sebby plumped for traditional bangers and mash. They all had ice cream for dessert though. 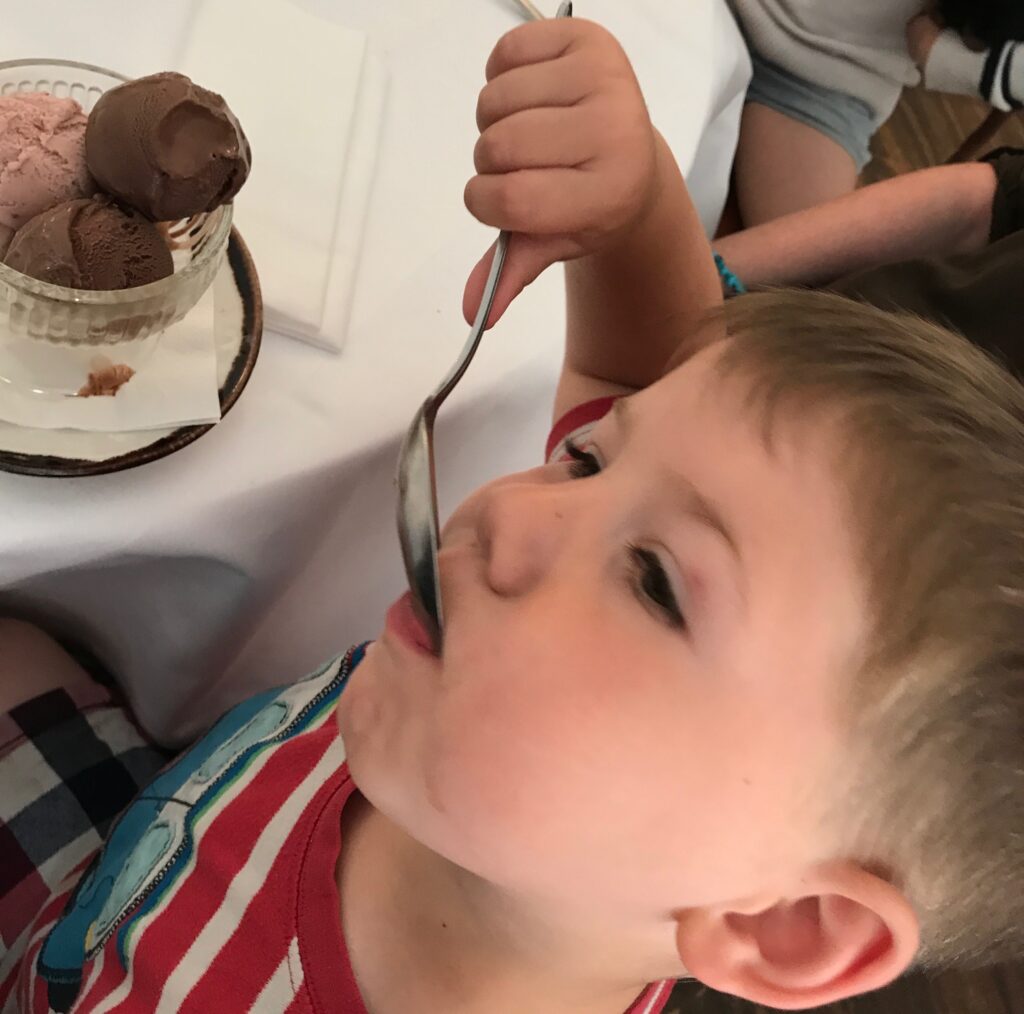 Once lunch was finished we headed back to the pier to catch the MBNA Thames Clipper to North Greenwich, where we would be riding the Emirates Airline from Greenwich Peninsula to Royal Docks and back.

I have been wanting to go on a RIB ride of the Thames to experience some speed, so I was pleasantly surprised when the clipper opened up the throttle and sped along the Thames at 30 knots past Canary Wharf and The O2. 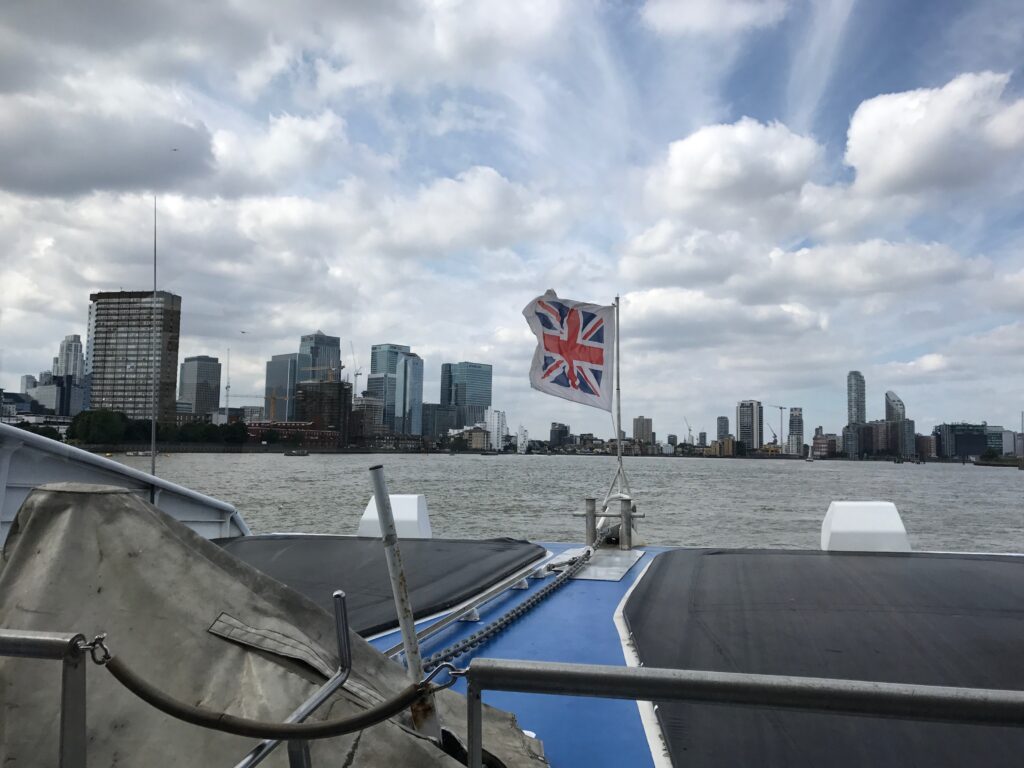 It wasn’t long before the Emirates Airline was in sight. 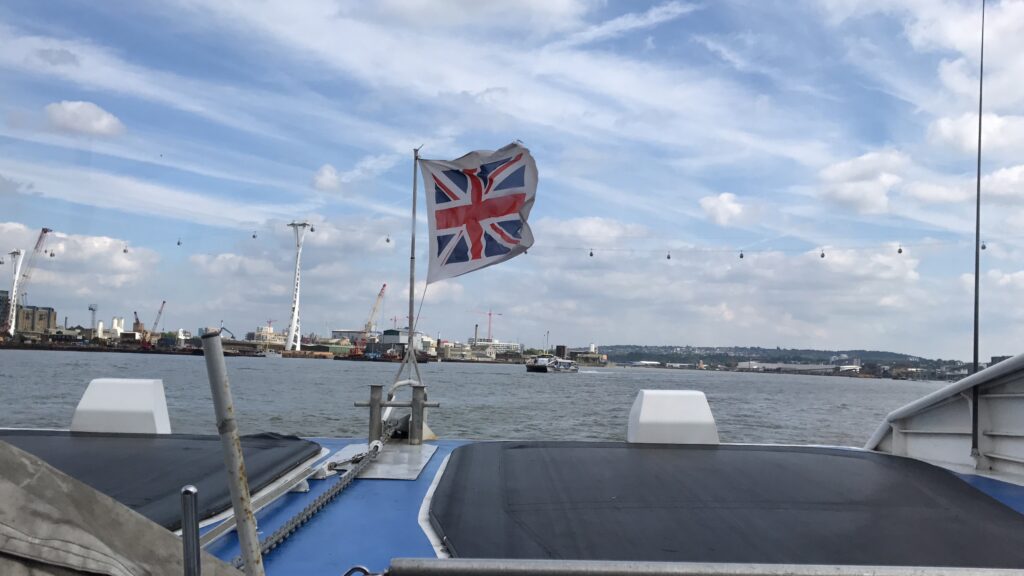 We have ridden the Emirates Airline before, but it was dark and raining so we were all excited to do it in the sunshine. 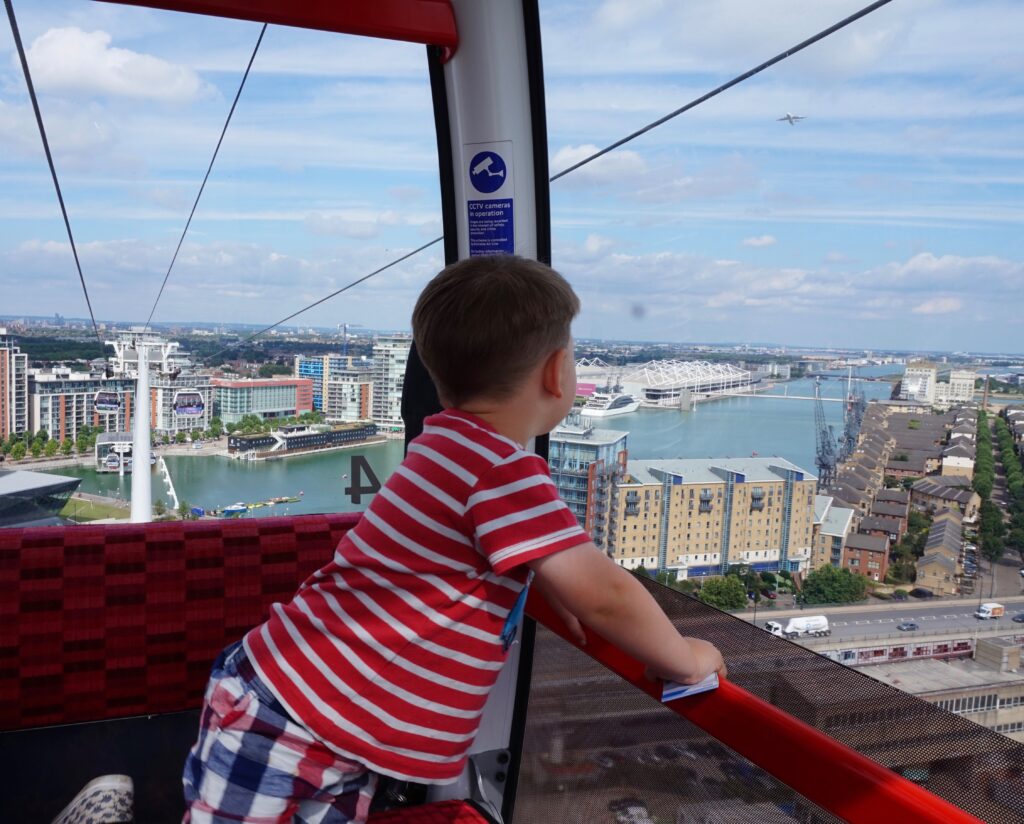 Sebby was excited to spot planes flying low overhead, whilst Eliza was determined to make the passengers on passing cable cars wave to her. 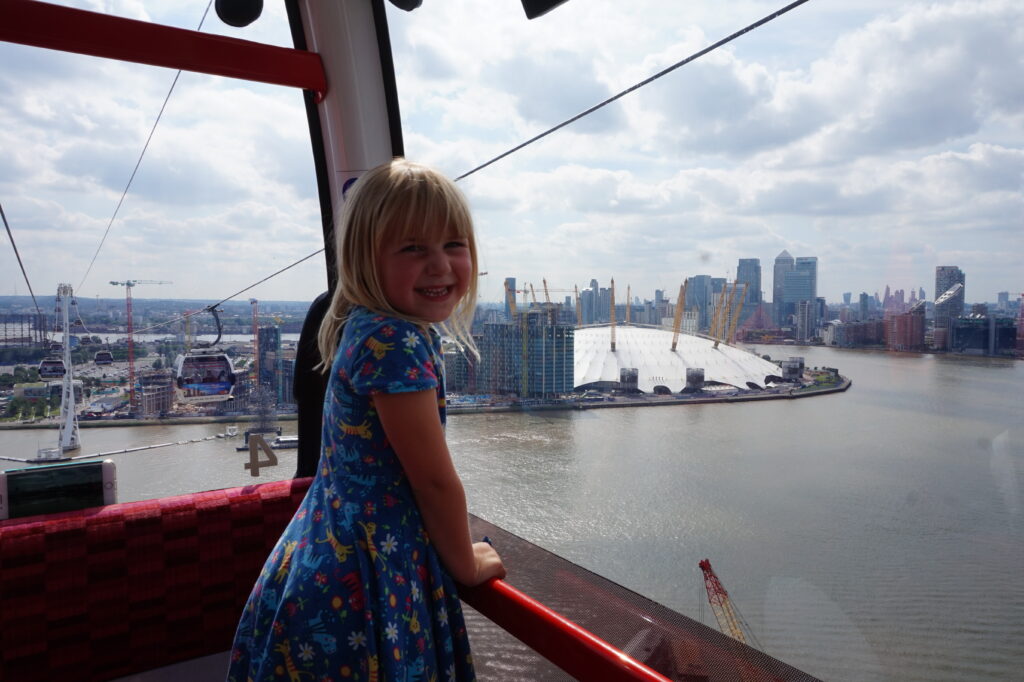 Isaac, on the other hand, was much more studious and was busy studying his booklet and pointing out everything we could see out of the windows. 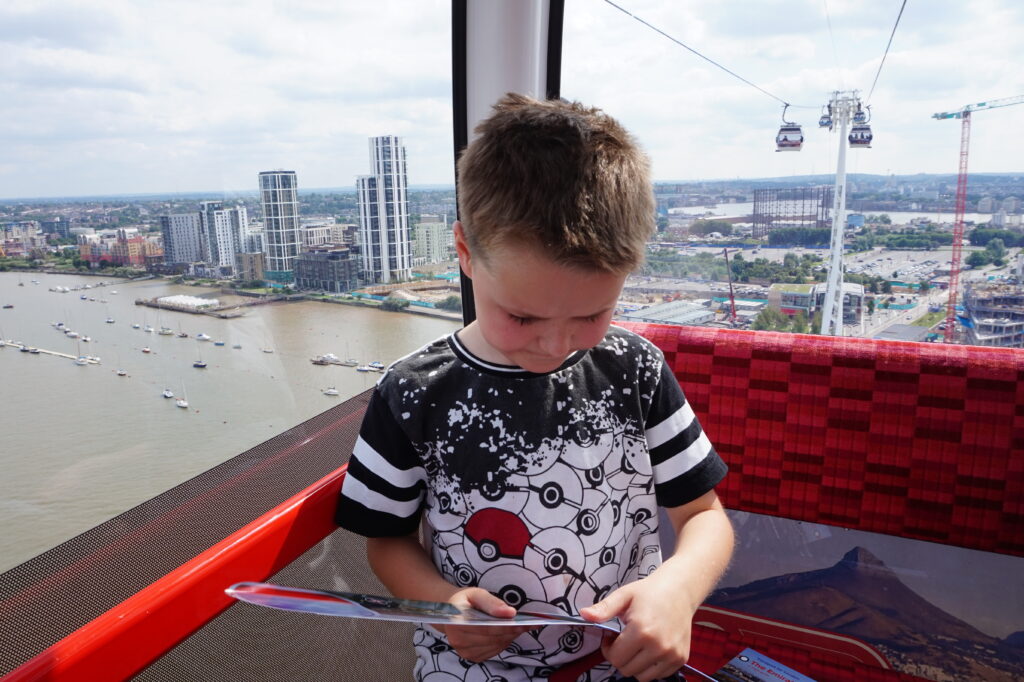 The journey itself is 1km long each way and the maximum height you reach is a staggering 90m at its highest point, so great for a birdseye view over east London. 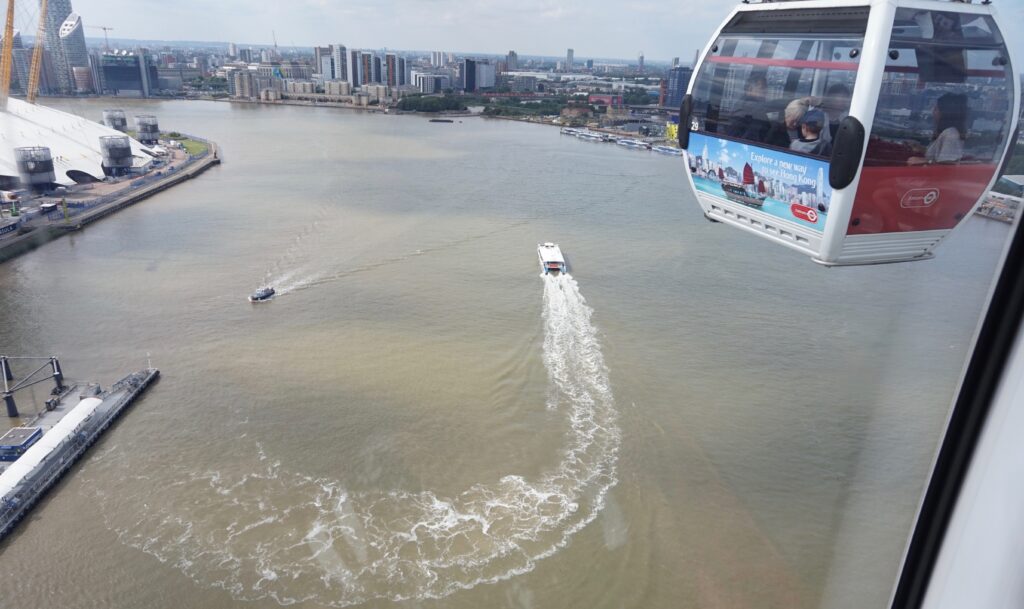 Once we were back on dry land we headed into the Emirates Aviation Experience which is situated opposite the entrance to the cable car. 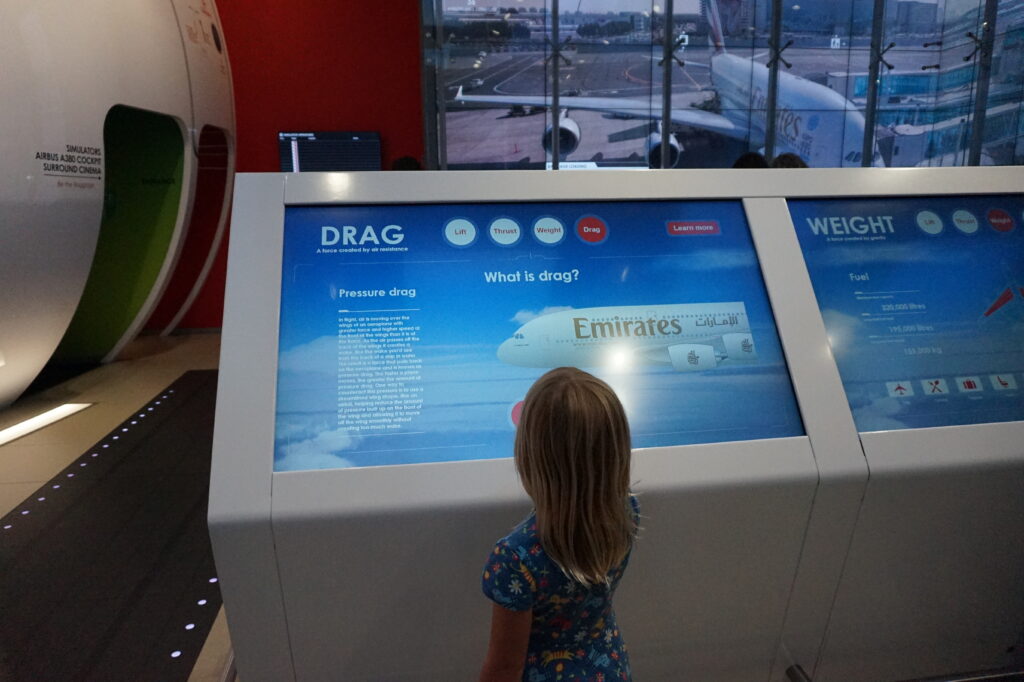 Here the kids got a real insight into the operations and achievements of modern air travel, including getting to see the travel cycle of a piece of luggage, from check-in all the way through to collection. 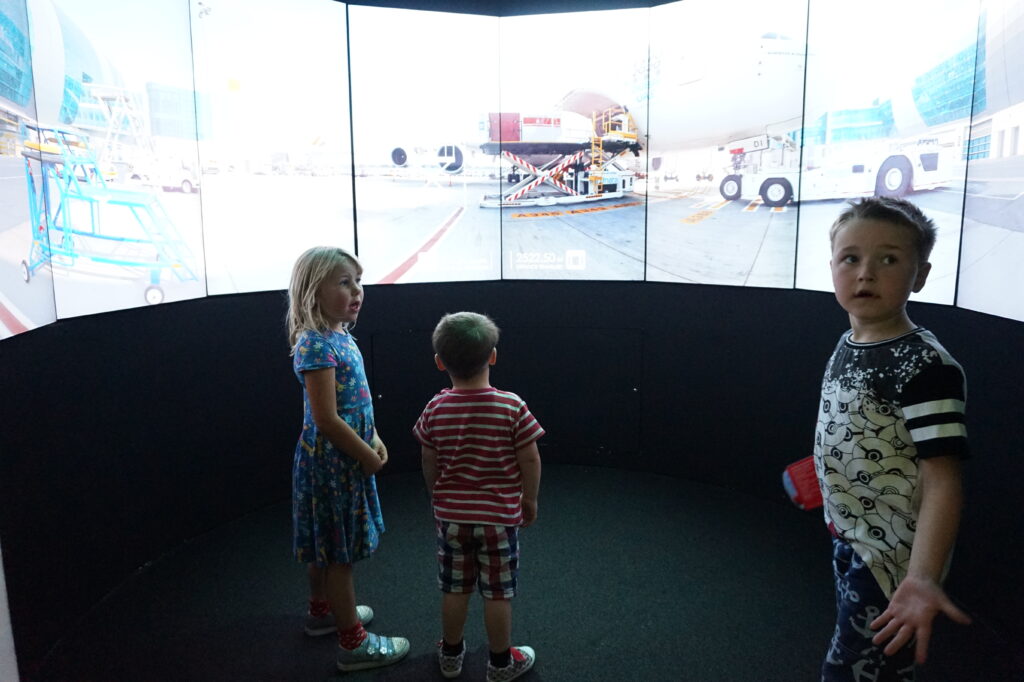 There was the chance to learn how an aircraft engine works, which was explained in laymans terms so even the kids could understand the physics of it and the screen moved along the length of a real engine so you knew what part did what job. 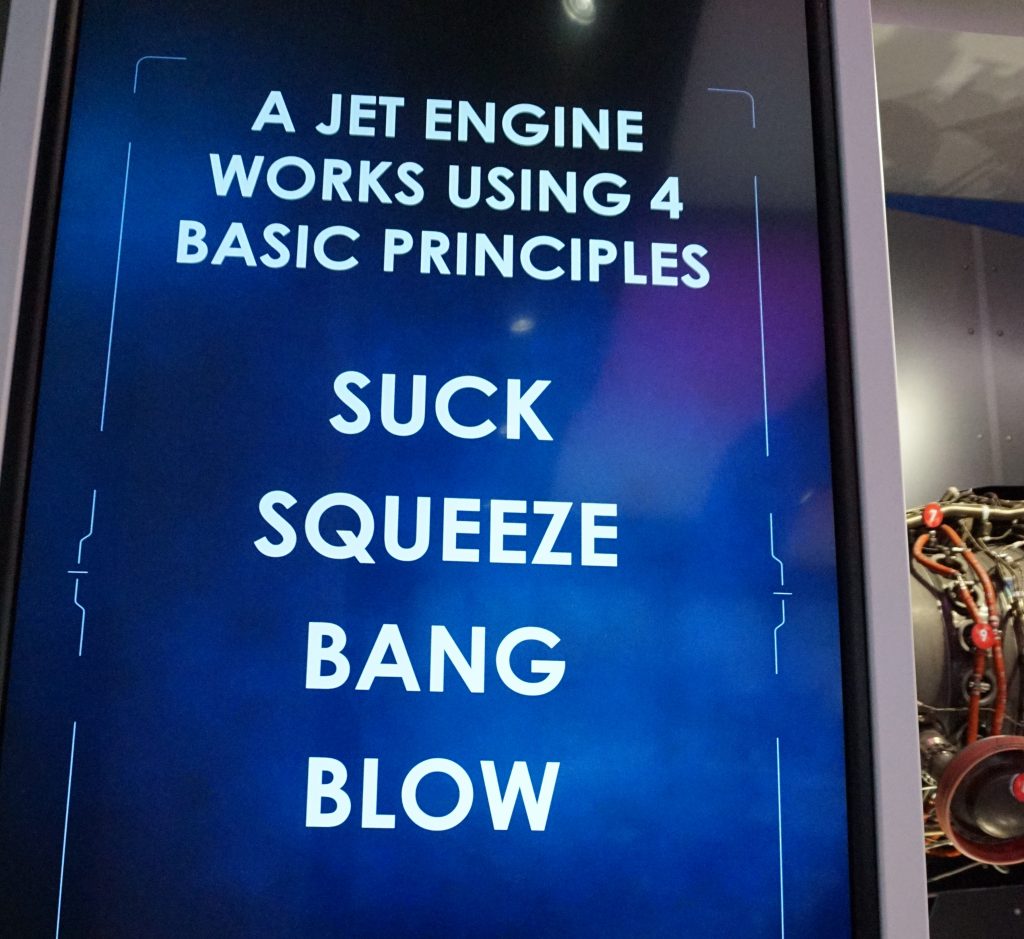 All the displays were interactive which held the kids attention and they even enjoyed a spot of in-flight entertainment. 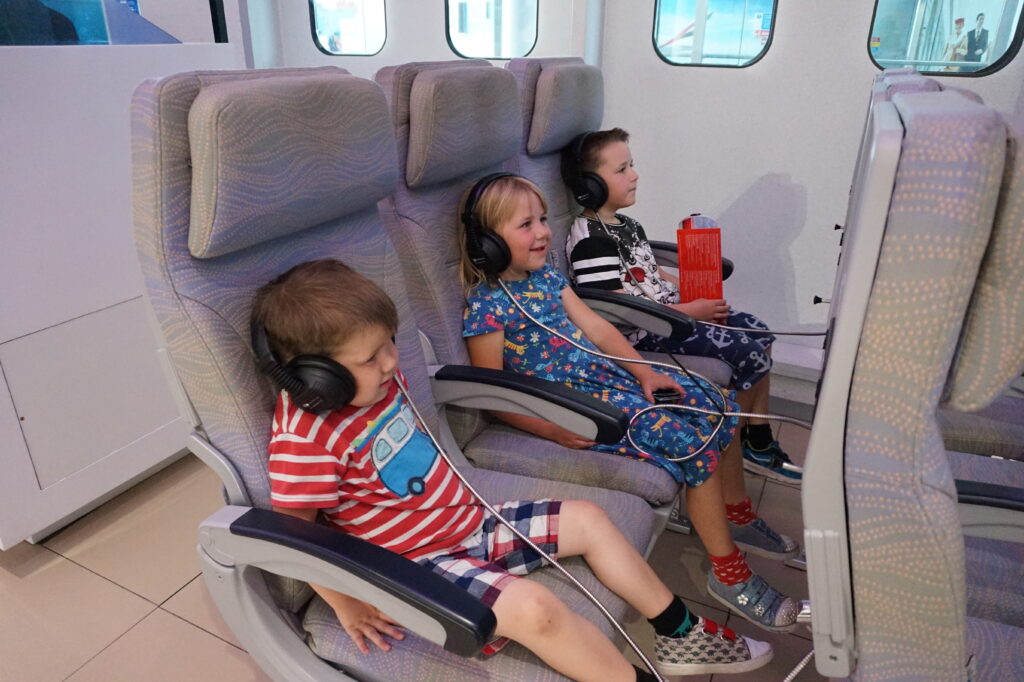 It was the upstairs they were most excited by though, as they got to pretend they flying their own plane. 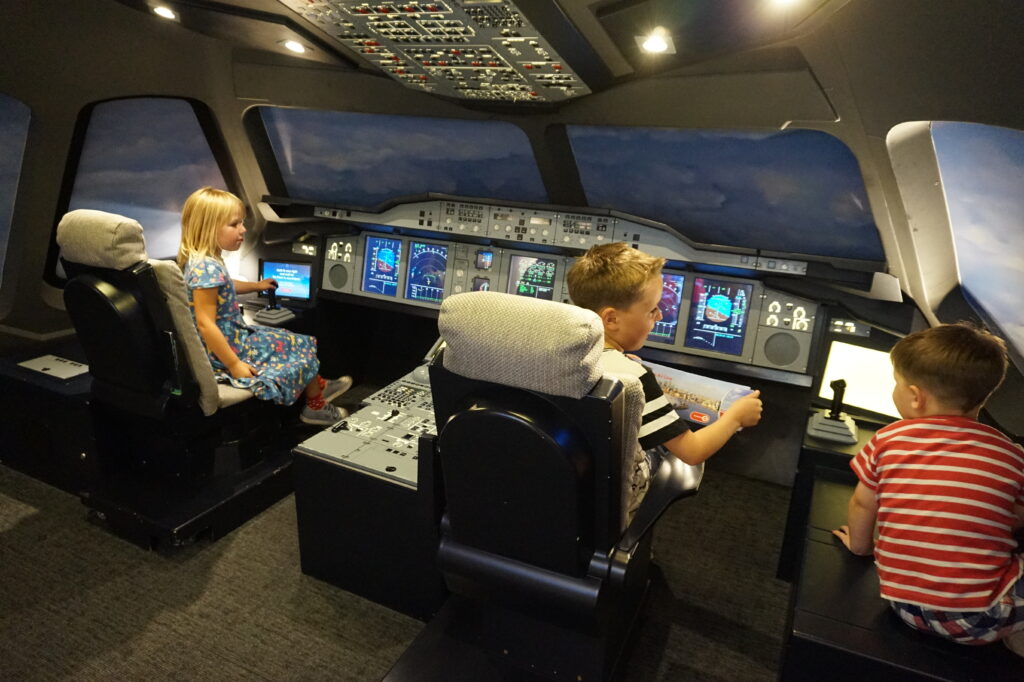 There are also commercial flight simulators available to try, so you can practice your very own take-off and landing skills.

By now it was getting late so we headed back to the MBNA Clipper terminal to catch one back to the London Eye and this time we sat in open air at the back to let the wind get in our hair as we whizzed back along the Thames. 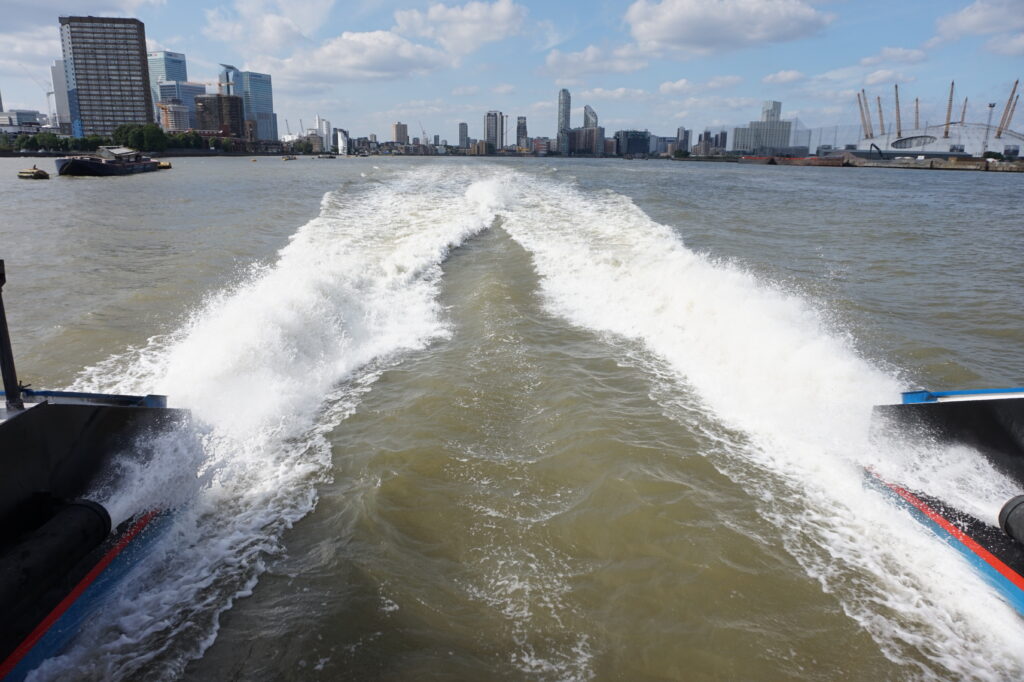 MBNA Thames Clipper prices vary depending on your destination, however, we had a river roamer which allows you to get on and off as many times as you like throughout the day and the Family River Roamer ticket for two adults and three children costs just £32.60.

Disclaimer: We were guests of MBNA Thames Clippers for the day. All thoughts and opinions are our own.

I love visiting London but my visits are normally very structured and we literally arrive at, visit our planned destination and leave again. I have … Read more 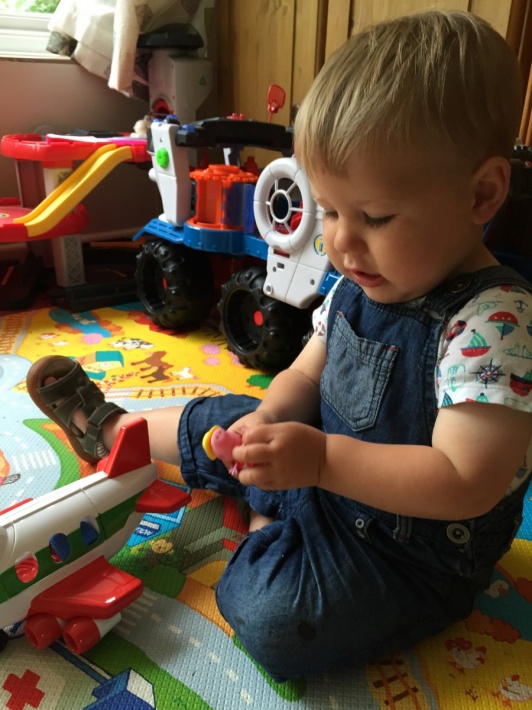 Over the summer holidays we were lucky enough to be sent some Peppa Pig inspired holiday essentials which included passport holders, towels, a cap, swimming … Read more

Have you ever bounced down the stairs in a car with no suspension? Nope, me either! However I have come close to the feeling (apparently). … Read more

Last week was quite frankly epic.

When you have teens and an adrenalin junkie husband somehow you find yourself in the background taking photos and not getting to experience things for yourself.

Last year I was pregnant with Sebastian and the had an emergency c-section which I struggled to recover from so I took a back seat even more than usual so it is about time I start enjoying things for me again.

I entered a competition a couple of weeks ago to win a trip in a Powerboat.  Not for one minute did I think I’d win, so when the phone call came in to say I had, I was shocked.  I immediately thought of the boys but when they said it was for over 18’s only and I could take a friend I knew I had to do it.

I can’t wait to tell you all about it – it was all kinds of amazing and it has re-ignited my love of boats.  The best bit is that we got to watch the P1 Super Stock Grand Prix in Bournemouth at the weekend and were cheering on our local teams.  It is definitely a sport I am going to follow from now on. 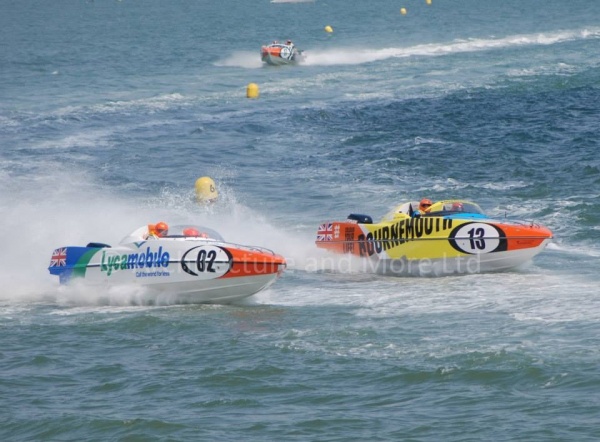