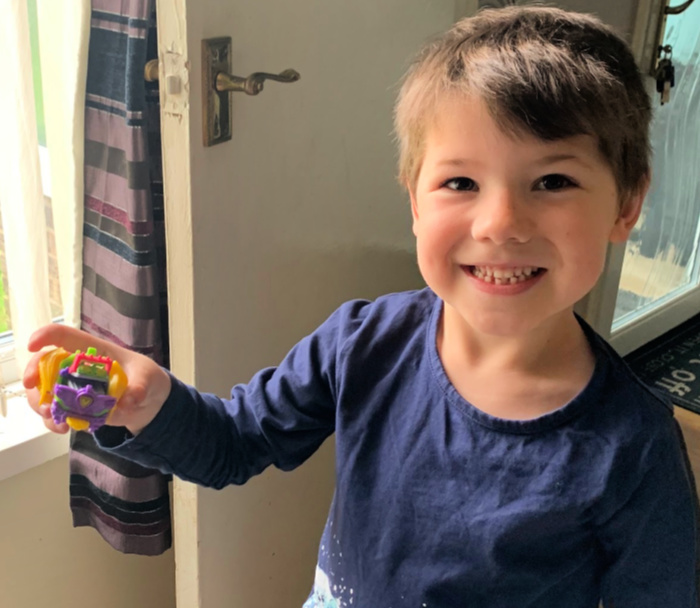 There is one collectible out there that has really caught Sebby’s imagination and stayed with him – SuperZings! If you have not heard of the … Read more 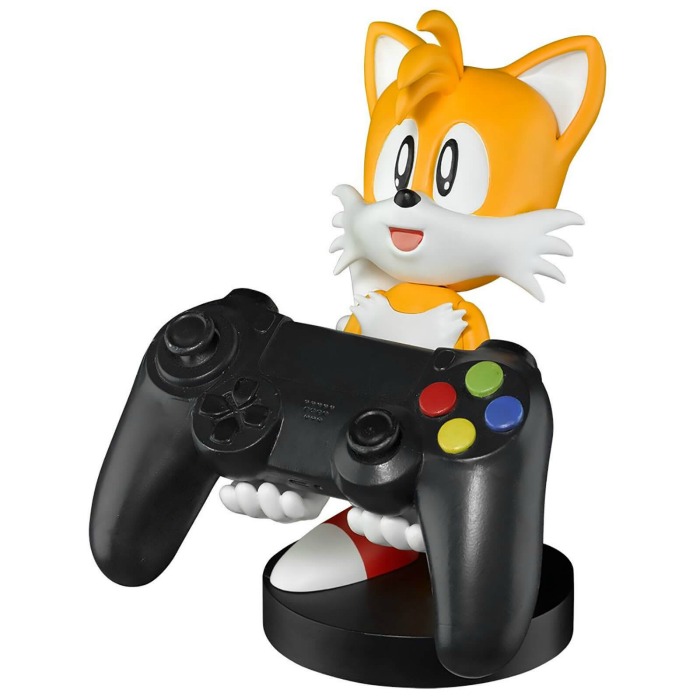 Buying Christmas seems to get more challenging as the kids get older. As babies and young children, you know exactly what they know and love. … Read more 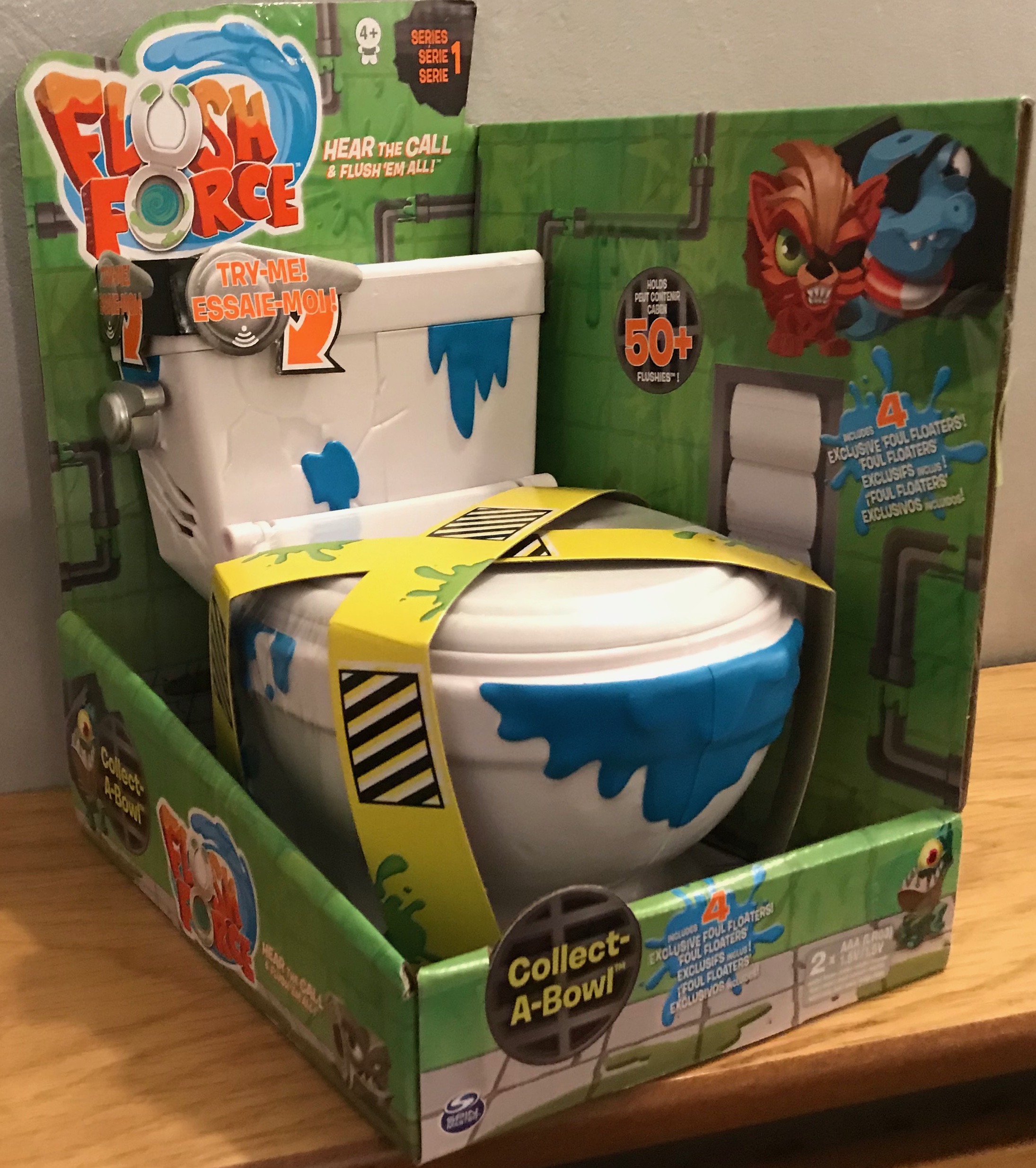 Eliza is obsessed with her collectible toys. She dabbled with Shopkins, collected Pinypons for a while and now its all about Glimmies and Hatchimals CollEGGtibles. … Read more 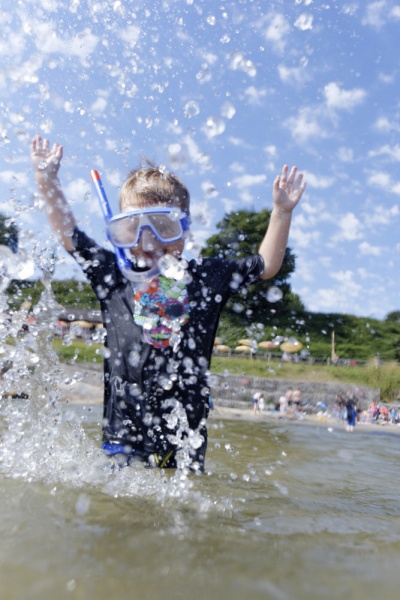 Planning to spend time on the beach or poolside? Then make sure to dress up yourself and your kids in quality beachwear for maximum comfort … Read more 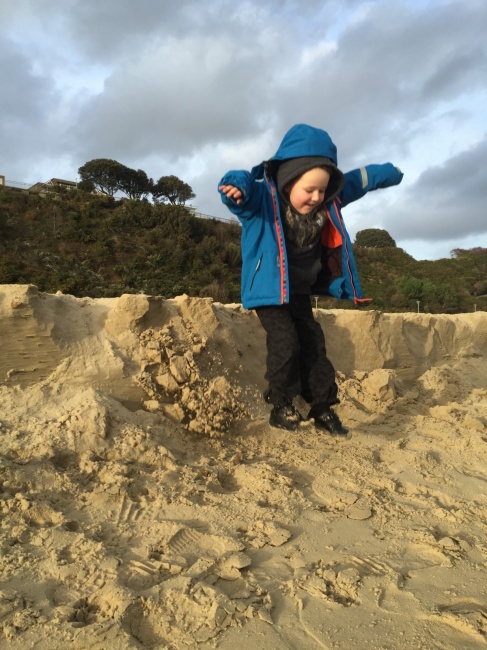 Those with boys know all too well that they seem to have an in-built magnet that draws them towards mud and puddles. When choosing a … Read more 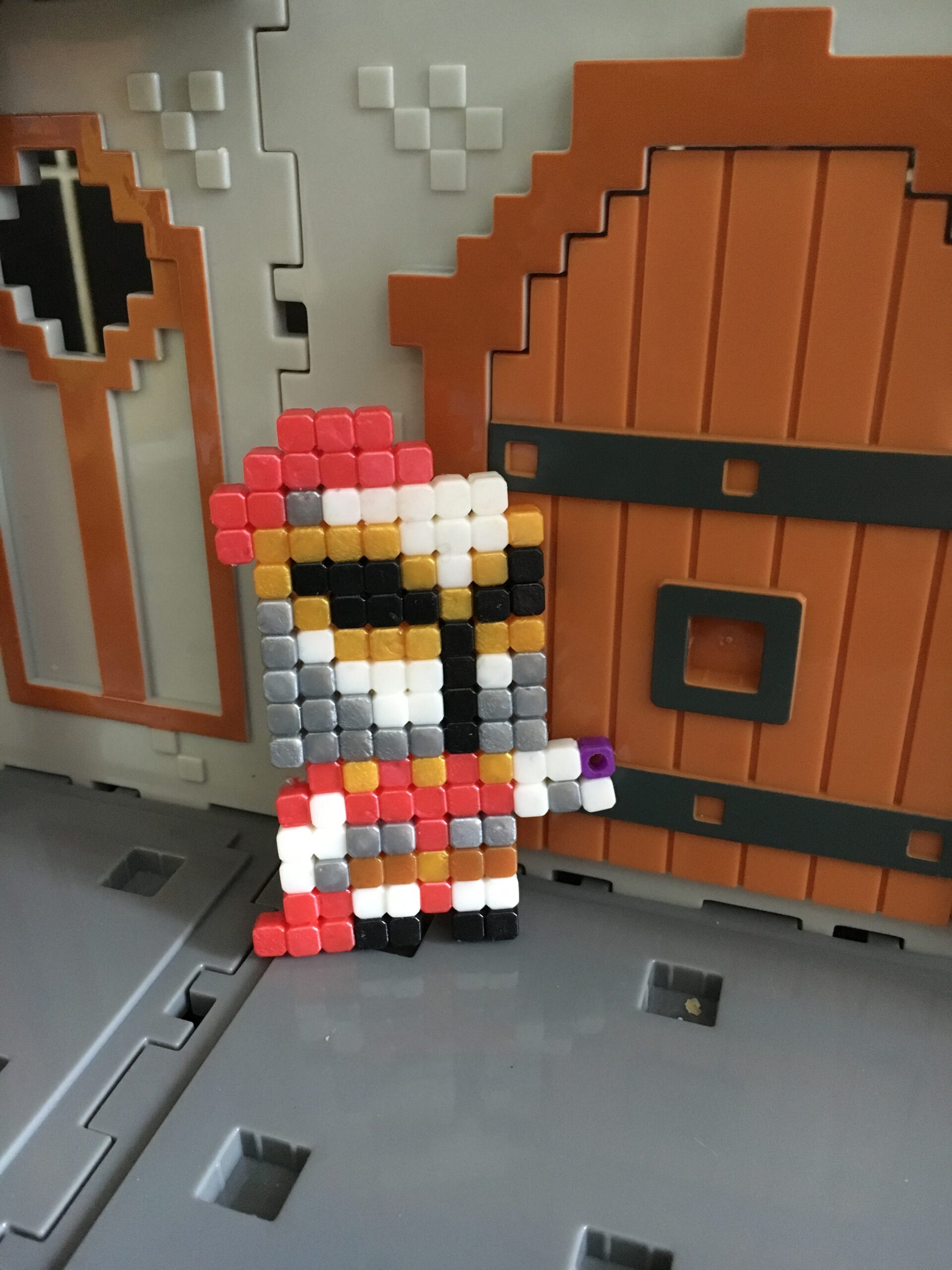 Both Eliza and Isaac love crafting and one of our favourite activities at the moment is E-Zee beads or Hama Beads. I do have a … Read more 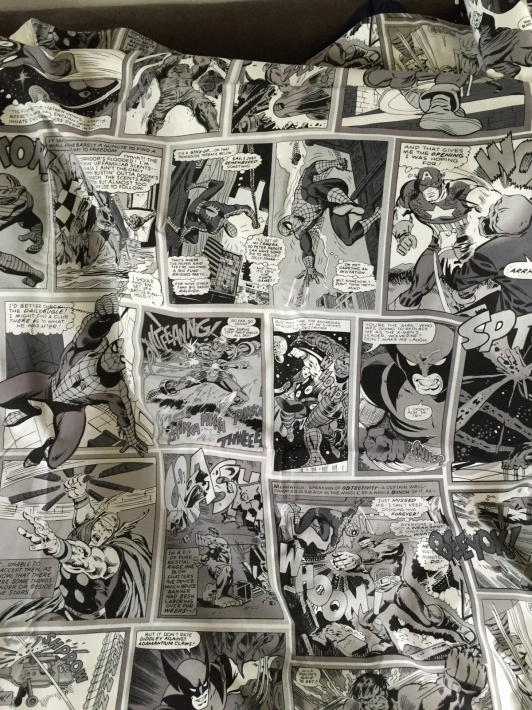 I last decorated the boy’s room when Abbey moved out 4 years ago and what was once a white room was looking tired and grubby.

Having two, sometimes three, boys sharing a room caused its own problems too.  We had new windows with trickle vents put in 3 years ago to try to combat mould problems we had which worked in all rooms bar the boy’s room.  We could only put the continuing mould problems down to the fact that the room was packed full of furniture, mixed with three sweaty boys.

We were supposed to get the room done over Christmas when we were away but never planned it properly, so when hubby announced he had one week of holiday left to take before April this was our chance.

Hubby is the first to admit that he won’t decorate – that is my job.  He is the muscle that moves the furniture and then hides downstairs to look after the small people bringing me up the odd cup of tea.

We had two 14-year-old IKEA wardrobes that have been moved so many times there were literally being propped up in the corners of the room, so these were the first things to go.  Once these were out the way I saw just how bad the mould was and scrubbed the walls with mould spray to kill off any spores before applying a specialist mould paint to try to prevent it from coming back. 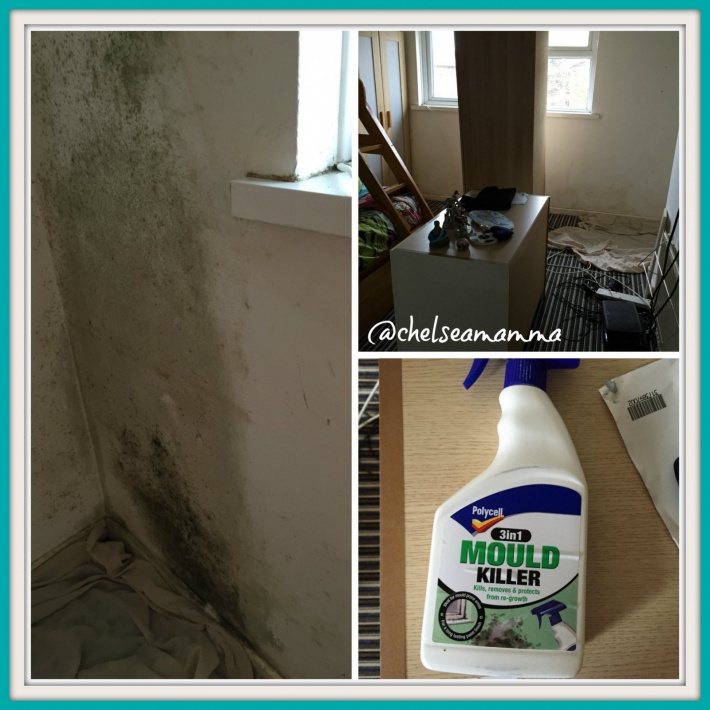 The wall required two coats of the mould paint and it took 4 hours between coats to dry, so that was my first day of decorating complete.

Day 2 was when I really got started and I had a new toy – a Dulux Paintpod that hubby had bought at work.  After the initial challenge of putting it together I was disappointed to read that for the best results I needed to do the edges and corners first, so I pumped some paint into an old roller tray and got cracking. 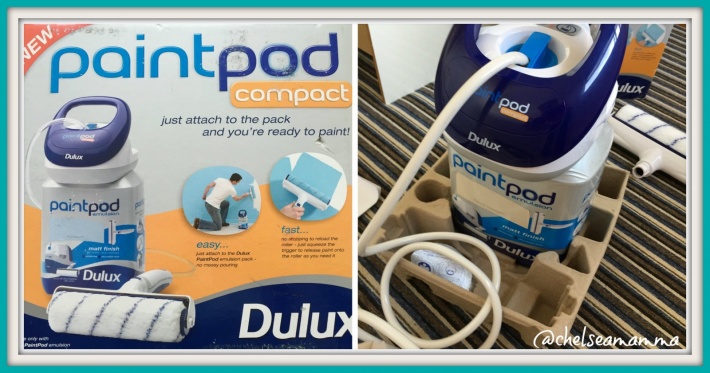 It was then time to get rolling!

I wasn’t sure what to expect, but using the paint pod made it so much quicker and easier, plus there was NO mess at all – no paint splatters, nothing.  It is slightly heavier than using a traditional roller and quite noisy, but I soon got used to it and found that draping the paint tube over my shoulder really helped.  It was surprisingly easy to clean too, although I may have not tightened the attachment on the tap securely enough the first time I tried it and got a little wet!

We did three walls a cream colour and a feature wall in blue – I had wanted a darker blue but Hubby picked up this one and I actually think he made the right choice, just don’t tell him!

My end of the bargain done, it was hubby’s turn to do some manual labour.  Because of the problems with the mould behind the old wardrobes we decided not to replace them and put shelves and poles in the alcove for their clothes instead.  My DIY avoiding Hubby actually cut the shelves down to size from the old side panels of the wardrobes and put the poles underneath.  He did a brilliant job and we hope to finish it off with some doors when funds allow.

It was then time to add the finishing touches.  We had some Marvel Bunting already which was made by my friend Zoe so I gave it a wash to freshen it up and put it back up and bought some fabulous black and white Marvel curtains from eBay.

I had wanted a “POW” wallsticker but when the ream at Red Candy got in touch offering me a wallsticker to review I let the boys choose what they wanted.

As well as Marvel, the boys adore Star Wars and they both decided that they wanted this fabulous Banksy “I am your Father” wallsticker, featuring an ATAT and ATST which recreates the father, son talk from The Empire Strikes Back.  We had to wait a couple of weeks after painting to put it up, but it is worth it. 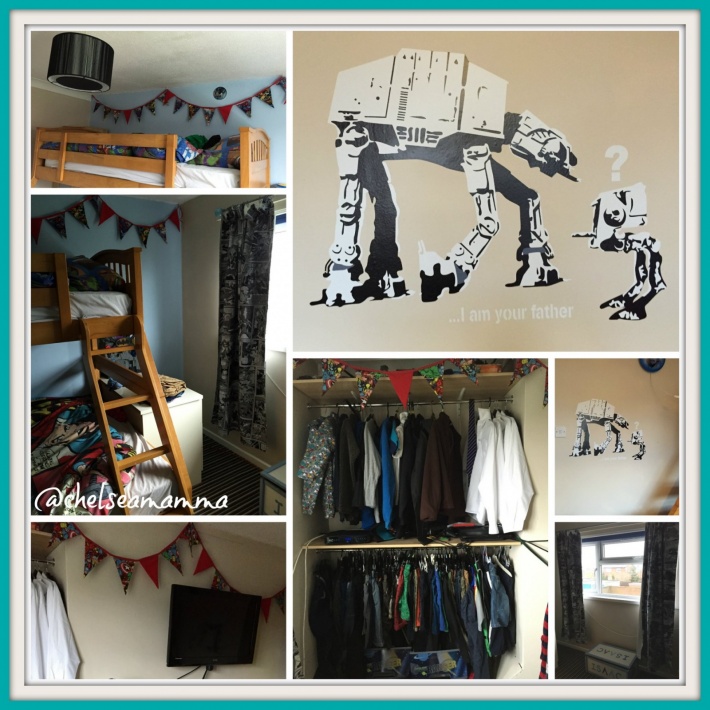 To put it on the wall you simply peel away the top layer and smooth onto the wall using a credit card or wallsticker applicator to ensure there are no air bubbles.  It took about 10 minutes to do.

There are still a couple of little jobs to do – the coving needs replacing and some wires need tacking around the side of the room, but I am really happy with the results.  Let’s hope that what we have done keeps the dreaded mould at bay!

I have two teenage boys and seem to find shopping for things they like is getting increasingly difficult. Back in the summer I went shopping … Read more