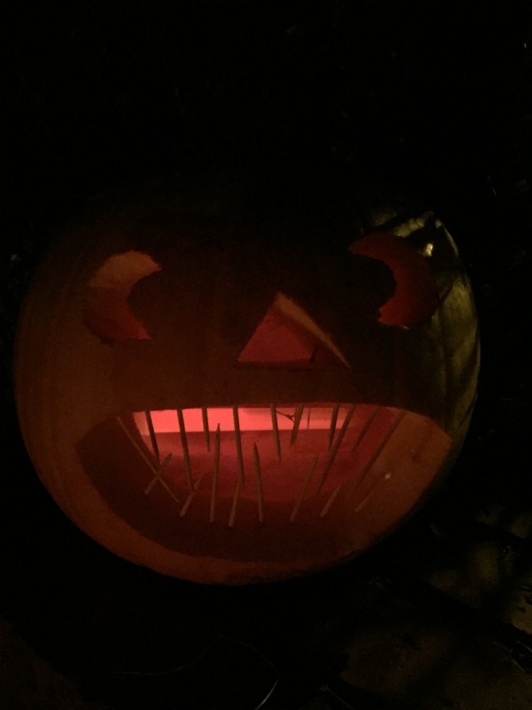 We have been away for the last two Halloweens and not celebrated them, so this year we wanted to do it in style.

My initial plans were to go to a local country park for broom making and bushcraft during the day but this was cancelled earlier in the week thanks to the weather.

We were looking around for local events when hubby spotted that the Dudsbury Country Club were holding a huge FREE event for Halloween with promises of fancy dress, fireworks, a haunted children’s play area, trick or treat, pumpkin search, spooky woods, a devilish disco, face painting, Halloween BBQ, Beer Tent, creepy Mocktails & Cocktails and Halloween Décor. It sounded perfect – too perfect as it seemed half of Bournemouth applied for tickets.

The event then changed to a paid event as the Council advised them they needed security due to the volume of people wanting to attend, so they added a charge of £12 per family (of 4) and £3 per extra child. Hubby said £15 wasn’t a bad price seeing what they were offering so we booked our tickets.

Alarm bells rung when they asked for payment via paypal rather than Eventbrite and there were spelling mistakes on the paypal order form but I used to take Abbey, Callan and Kian there when they were younger so went ahead and booked.

A few days before the event, I realised I hadn’t been sent tickets so phoned and they advised to bring along my paypal receipt which I did and was advised to check the rules on their facebook page. They advised to come via public transport due to lack of parking onsite – more alarm bells.

The event started at 2pm but we didn’t get there until 3pm as we wanted to finish watching the Chelsea match. The kids were bouncing off the walls with excitement and had been dressed in their Halloween gear for hours. Thankfully we got the very last parking space in a muddy field and started cursing that we hadn’t brought our wellies, but on we went.

We were greeted by some rather gruff security guards that would have been better suited on the door of a night club, before receiving wrist bands and ushered inside. It was absolutely packed full of people inside so we headed straight outside, which was also very busy and headed for the park area, but with added spooky decorations to add to the atmosphere. 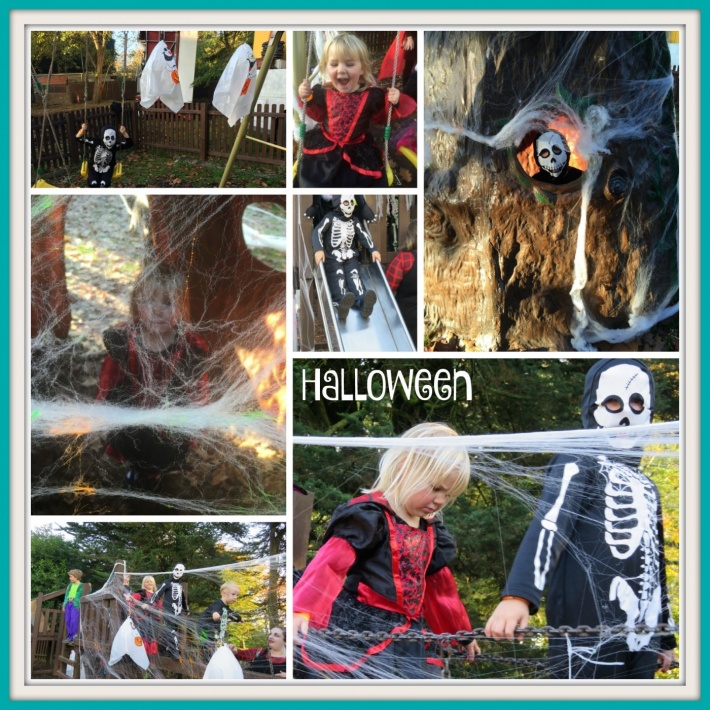 The play park sadly had nothing for Sebastian to do and was packed full of sugar fuelled kids rampaging across the climbing frame and generally causing havoc, so we headed off to see what else the event had to offer.

Next door to the play area was a caravan selling sweets and then three pay extra rides – a swing roundabout, bungee trampolines and a set of swing boats. Eliza decided she wanted to do the swings which had no queue, but Isaac wanted to queue for the bungee trampolines………. an hour and the bribery of some lollies later and he was on! 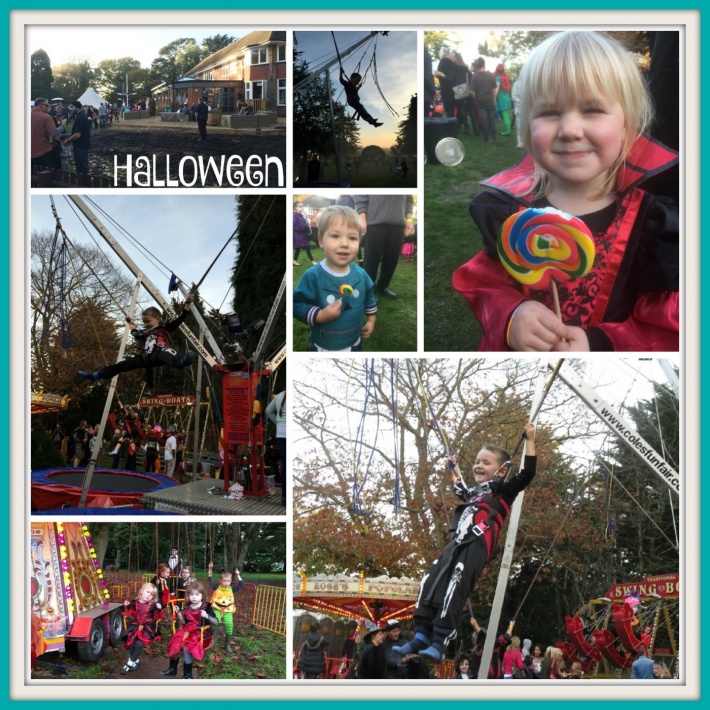 Where the event failed was very apparent as we were queuing. There were a couple of entertainers wandering around, a juggler, hula hooper and a stilt walker. Instead of entertaining the bored children in the queue they wandered aimlessly around the lower garden which was quiet, or stopping to chat to their friends. 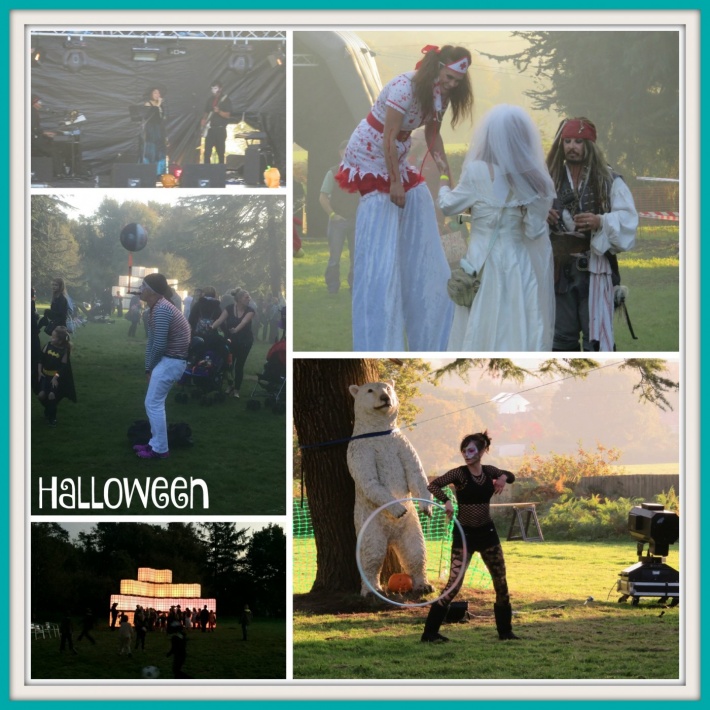 There was a soundstage in the lower garden area and when we arrived someone was singing all the great halloween themed hits like Monster Mash and Timewarp, but she was only on stage for about 45 minutes before a CD was put on. It really needed a kids entertainer or DJ to get the kids dancing and with a focus and playing games.

Whilst queuing for the trampoline we got a chance to take in our surroundings and were genuinely shocked by some of the costumes some adults were wearing – they were genuinely terrifying and a couple made even me feel nervous with realistic prosthetics, lots if fake blood and pure horror on display. I do understand it was a Halloween event, but those costumes would have been more suitable for the adults only party later that night!

Once Isaac had his turn on trampoline we decided to explore. There were no signs anywhere or staff on hand and we stumbled across the spooky wood only by spotting a smoke machine and wondering what was going on.

Instead of a Trick or Treat as advertised, the kids entered the Spooky Wood, had a sweet thrust at them in the smoke and then walked around the small, fenced off area before emerging at the other side. I think a maze would have been more fun personally. 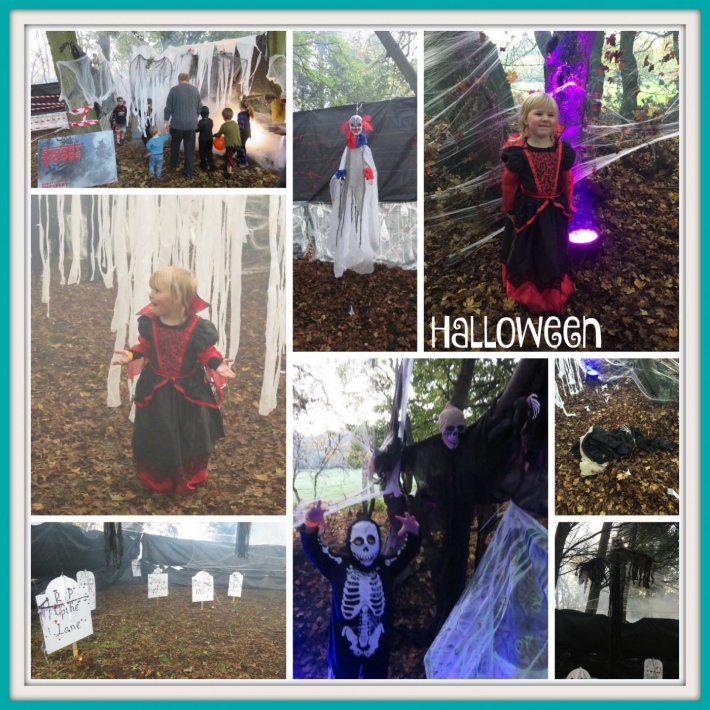 Whilst they went in and out of the Spooky Wood, I left Hubby and Paul to look after them and Tracy and I set off to see what else was on offer. The advertised barbecue was still not ready and all the other marquee’s were serving alcohol, hardly suitable for a family event. We did find a free face painting tent in one corner, but upon starting to queue we were told that they were stopping now and if we didn’t have a number our faces would not be painted!

By now we had exhausted everything the kids could do and had run out of ideas ourselves so made the decision not to stay for the fireworks as despite the smoke machine keeping them entertained that wouldn’t last another 2 or 3 hours. 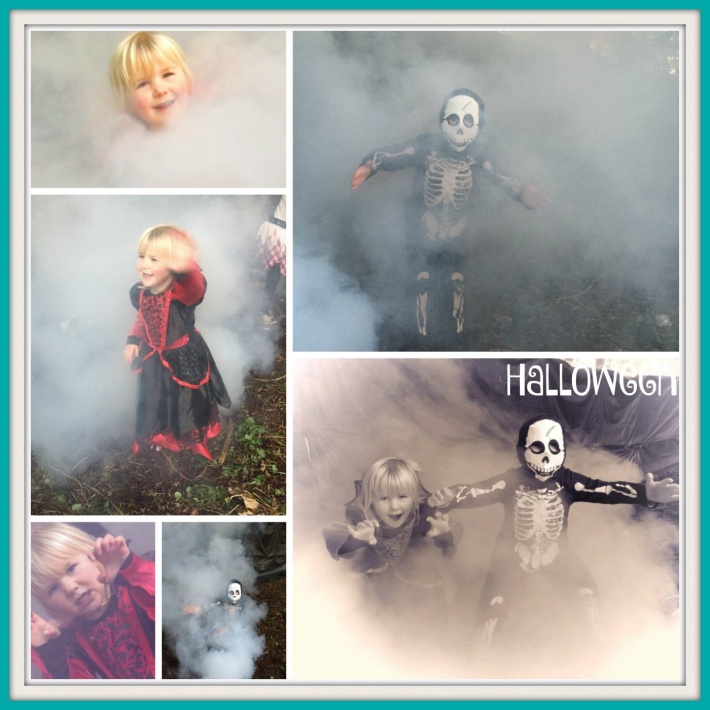 Sadly, for us at least, the event was a massive disappointment. Far too much emphasis on it being an adult social and not enough to keep the children entertained, or fed healthily.

As we had been planning to stay there all evening until the fireworks, we had not planned a trick or treat activity so headed off to Nanny’s house for some more Halloween fun. 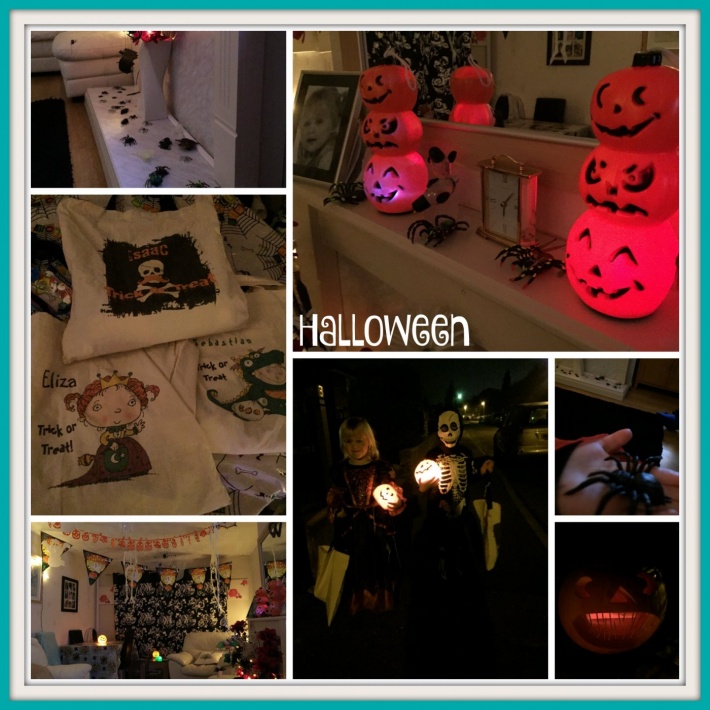 It seemed Nanny got it just right with some spooky decorations and trick and treating the neighbours.