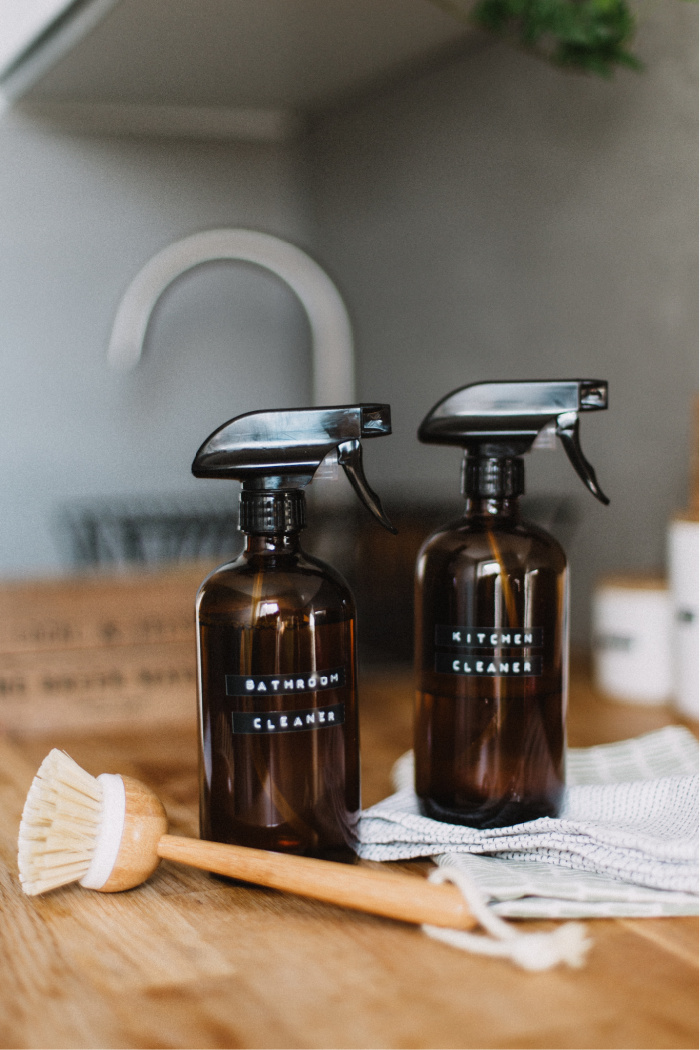 Vinegar is an incredible versatile cleaning staple. It’s also a natural product that’s inexpensive to buy and safe to use. The potential uses for vinegar … Read more 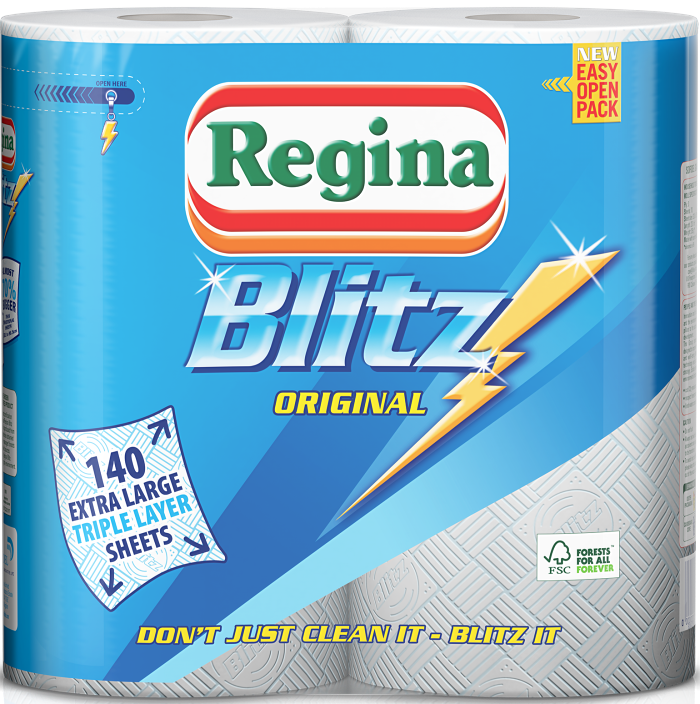 Christmas is less than a month away and already my thoughts have turned towards organising the house. Our house is fairly small and we have … Read more 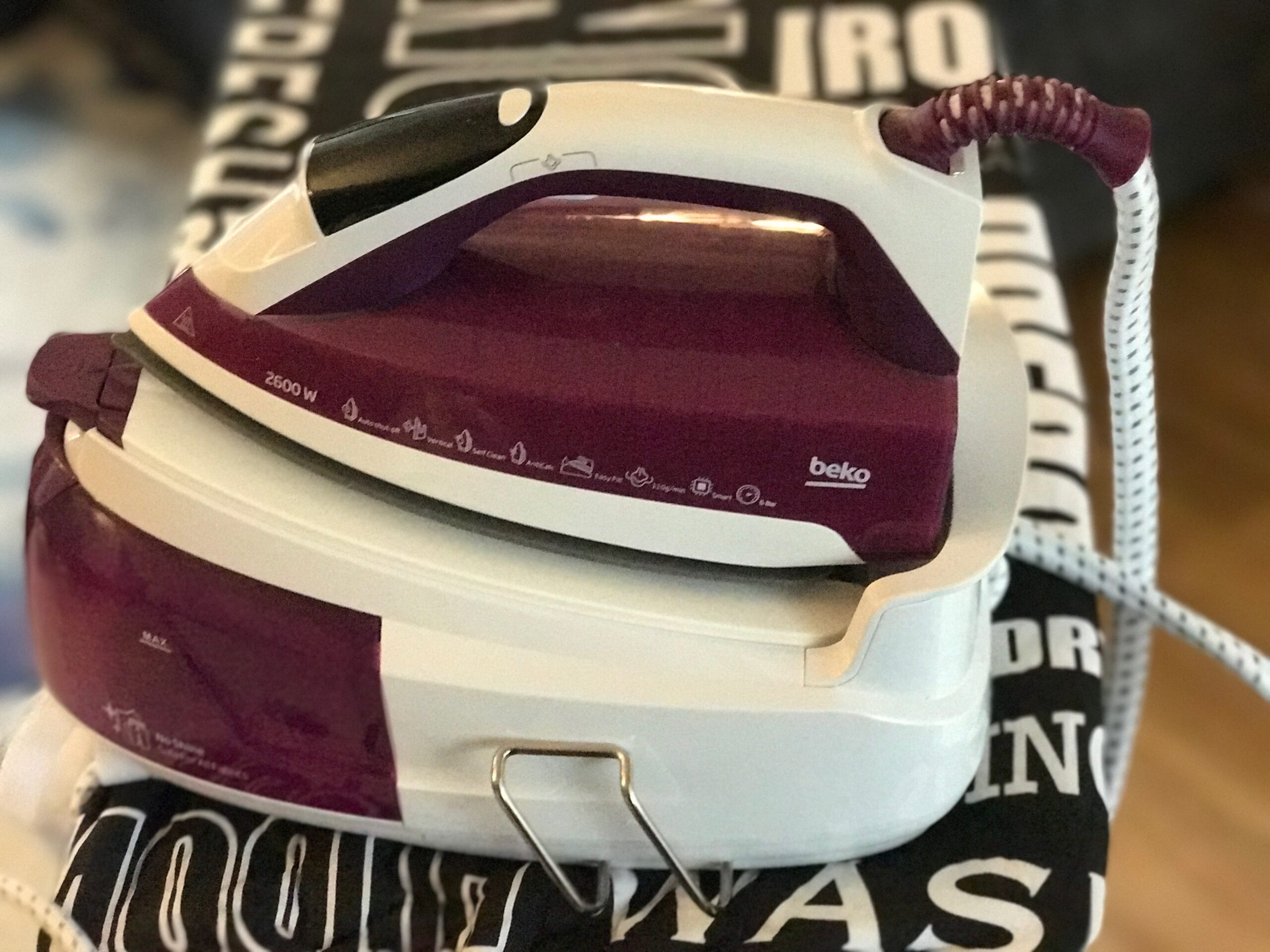 Top of my housework dislikes has to be ironing!

It’s not like I cannot iron, my Mum had me ironing as a child, practicing on pillowcases and duvet covers and I used to quite enjoy it, but as I have got older it is one of those chores that I always procrastinate over and it isn’t until Hubby informs me he has no more work shirts that I break my iron out of hibernation.

Beko is a brand I have heard of for making large appliances, but did you know that they make small appliances too?

Well it turns out that they do and they sent me the Beko SteamXtra™ Generator Iron to test out and for once, I impatiently waited for my ironing pile to build up so I could test it out.

Firstly, it comes in purple which matches my decor so it was an instant hit.

Secondly, the unit is a lot smaller than other steam generator irons on the market so doesn’t take up as much space in the cupboard, or on the ironing board.

What makes the Beko Steam Station so good?

The Beko Steam Station can set the optimum steam and temperature settings for all fabrics. It also has something called SteamXtra™ technology, meaning even the most stubborn of creases will be ironed out. This method sends jets of steam into your clothes at criss cross angles, removing creases whilst being kinder to fabrics. 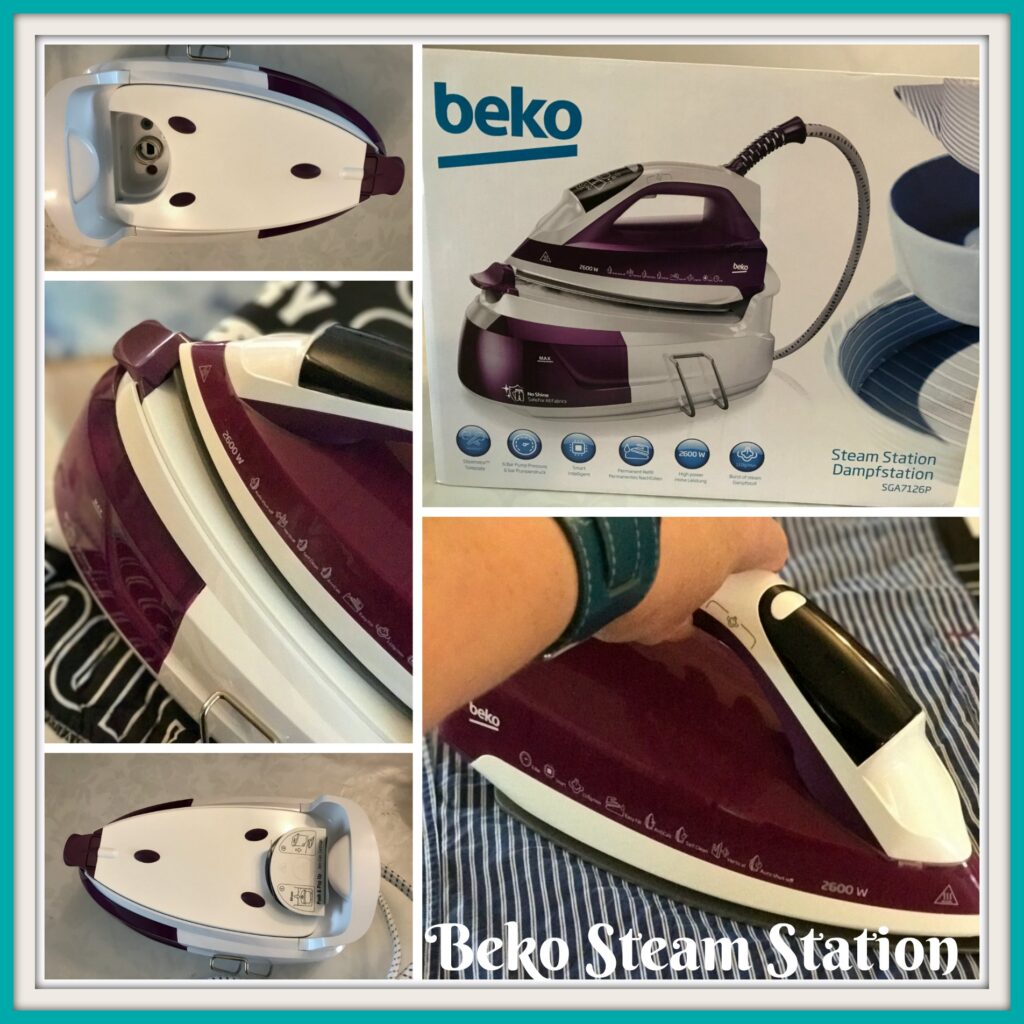 Due to the location of plugs in my house, I always struggle getting a good reach over my entire ironing board, having to move and position the clothes in several positions to cover the entire area. With the Beko Steam Station, the base connects to the mains, but the iron connects itself connects to the base with a separate steam cable which reaches well beyond my ironing board and it comes with a handy stainless steel clip on the side to keep the cable tidy when the iron is not in use. You can also use the upright to steam a delicate dress or curtains.

If you are ironing with small people around, the iron fits into the base unit and can be locked into position with a swivel button at the head of the unit so there is no chance it can fall, or be pulled off the base unit. 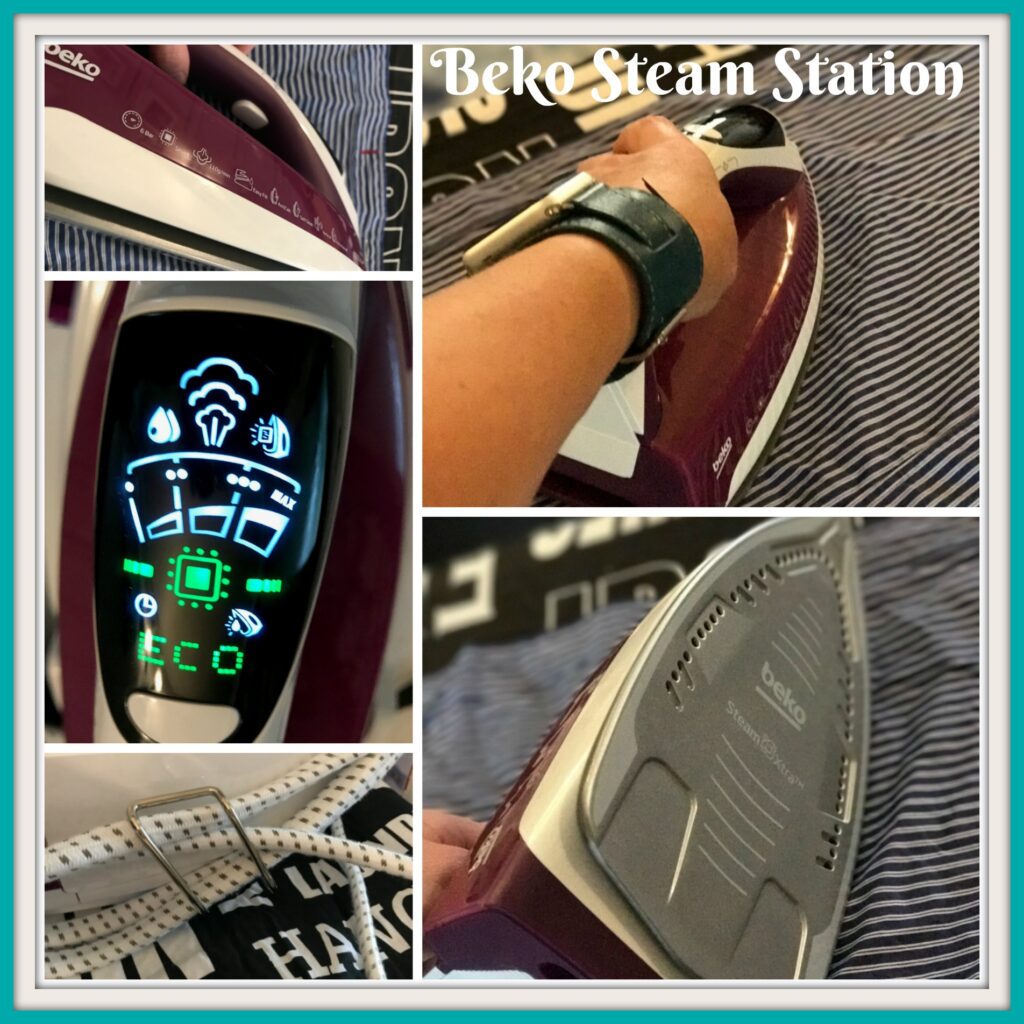 The Beko Steam Station has a digital display that tells you useful information like when to refill and when to descale and its Smart Mode is perfect for when you’re not sure which temperature and steam intensity would give you the best results, as it automatically selects the best settings for your fabrics.

All in all I really liked the Beko Steam Station. The iron itself is much lighter than a traditional iron as it does not have a water tank and is much more efficient, allowing me to power through my ironing pile in record time.

The Beko Steam Generator Iron is available at ao.com, Tesco, Amazon and Hughes and has an RRP of £99 (but is currently on offer at £69 with AO and Hughes). 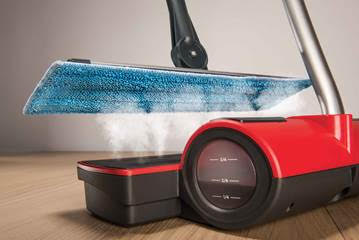 ‘Keeping the house clean when the kids are growing, is like shovelling snow whilst it’s still snowing’ I have this quote on my fridge and … Read more 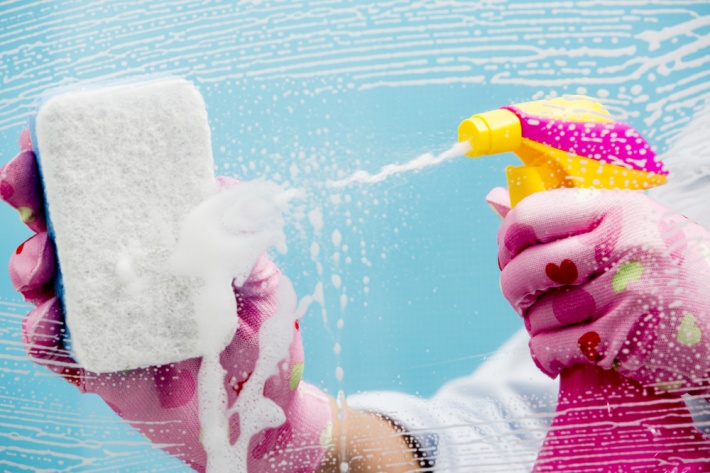 Spring cleaning is one of those jobs few people look forward to but will immediately feel the benefits once it’s done. In fact, once you … Read more 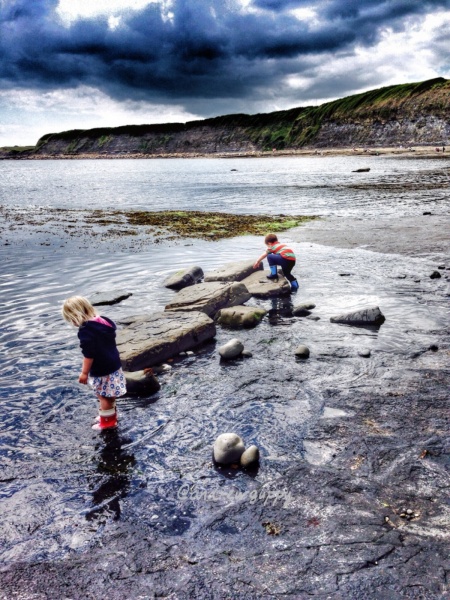 I saw a tweet yesterday that really got me thinking……. “Everyone seems to post about lovely days out and all I ever seem to do … Read more 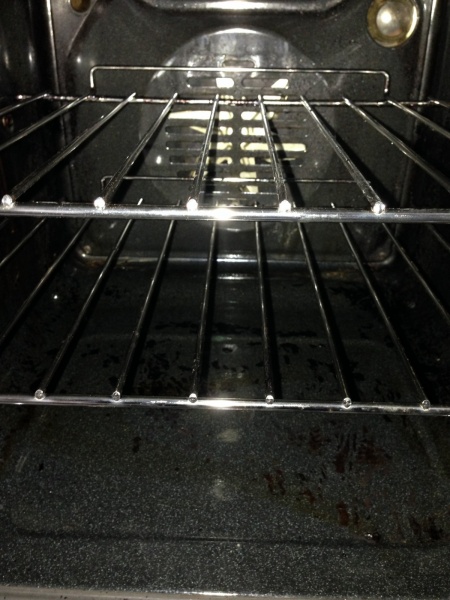 What is the ONE job that you avoid at home. I dislike housework as a whole, but it just has to be done.  Hubby has … Read more