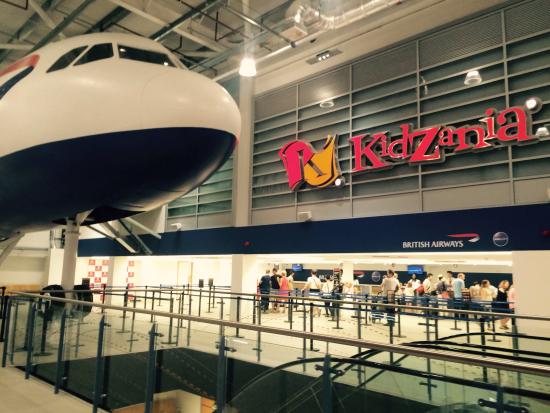 KidZania London is my one of the kids favourite days out of all time and is somewhere they never get bored of visiting. It is … Read more 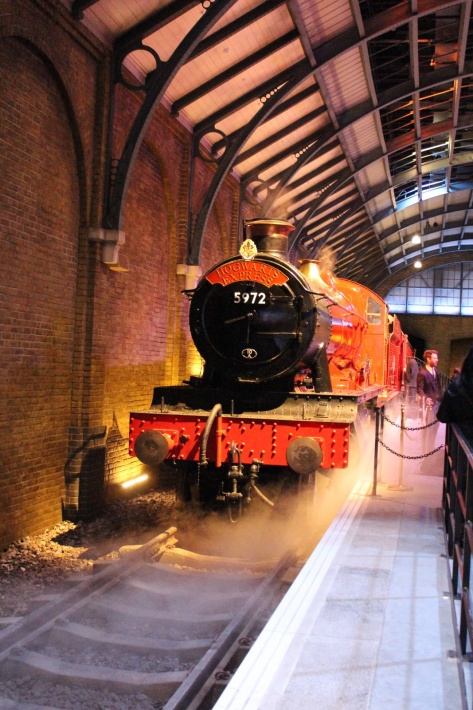 I am always on the look out for ways to save money on days out, as entertaining the kids can be an expensive hobby. I … Read more 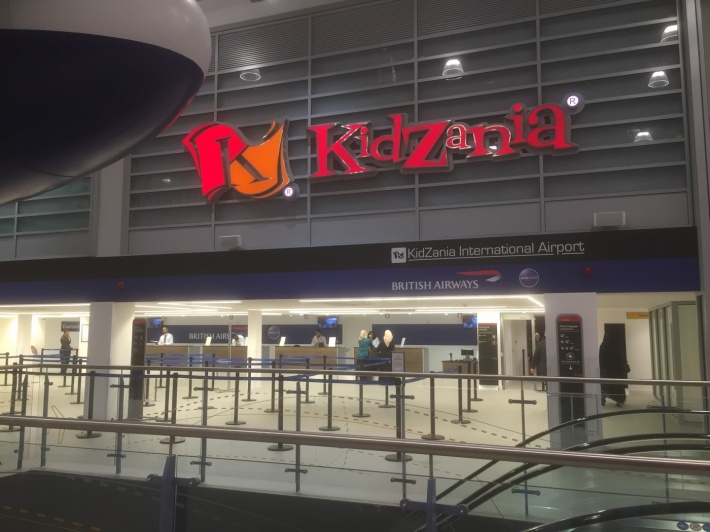 Last weekend we were invited to Kidzania at Westfield in London.

Billed as a 75,000sq.ft child-size city where kids are in charge, I really was not sure what to expect but after initial nerves about joining in Isaac and Eliza adored it!

You need to book a slot to go in and we arrived 15 minutes before our time. We were then “checked in” at a British Airways style check in desk and given RFID security bracelets for each member of our party. These are issued to ensure your child remains safely within the City, and can only be checked out with you present. You are allowed to leave children aged 8 and above to go shopping however children under 7 must be supervised. They were also given 50 KidZos that they could use to buy experiences or things from the shop. 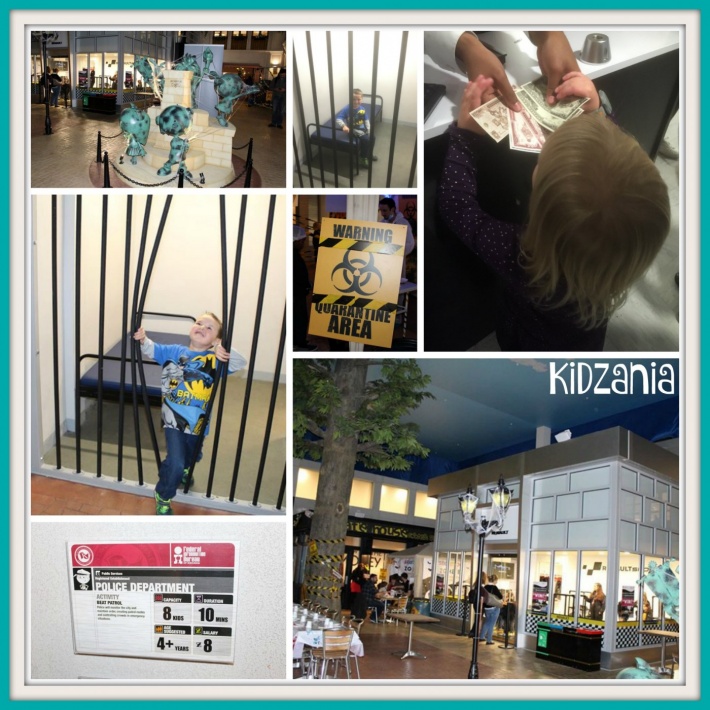 Once inside Kidzania it is like being inside a small city with 60 real life role-play activities to try. Four hours is not long enough to try them all but the kids tried their hand as a pilot and an air stewardess, firemen and even made their own ice creams!

As it was Halloween week there were zombies on the loose and the Kidzania Police, made up of kids, patrolled the streets and warned of zombie attacks.

Each of the jobs they tried gave them a real insight into working life, in a fun way. Some jobs paid them more KidZos and others that required more training, such as the Pilot, they had to “pay to train” and Eliza paid to dance in their dance studio where she learned the Thriller moves. 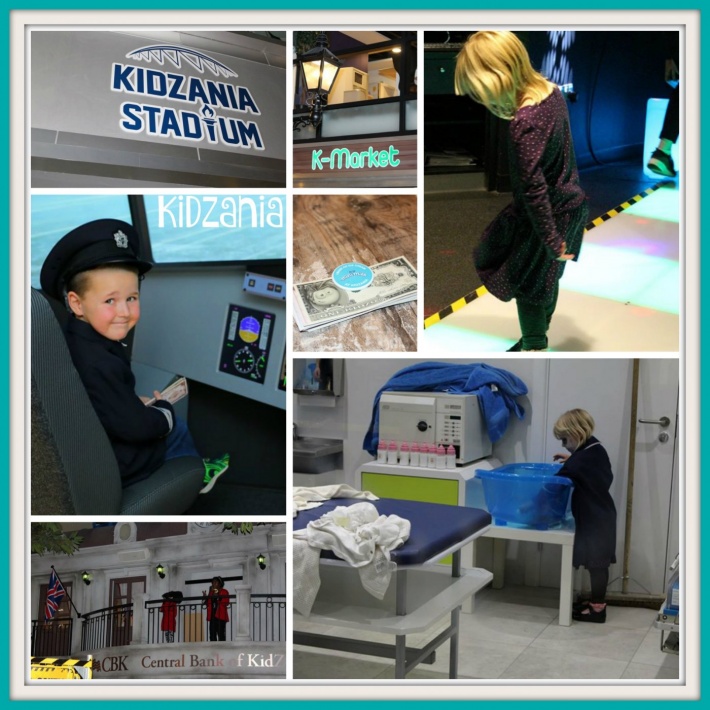 With the exception of the dance studio, you are not allowed inside each room to watch what they are up to, although we did get invited on to the Kidzania plane to see Eliza do her stint as cabin crew. All the rooms had large windows though so you could watch what was going on. 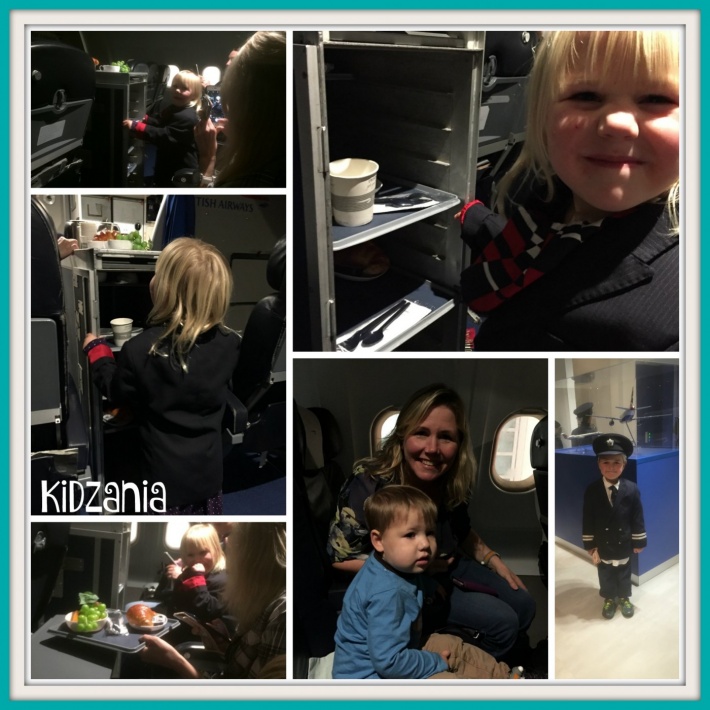 The best way to approach Kidzania is to make a decision about which activities the kids most want to try. A 4 hour slot gives you the opportunity to try between 4 and 6 activities and one of both Eliza and Isaac’s favourites was the Fireman. Not only did they do safety training but they got to zoom around Kidzania (well at walking pace) in a Fire Engine and put out a fire!! 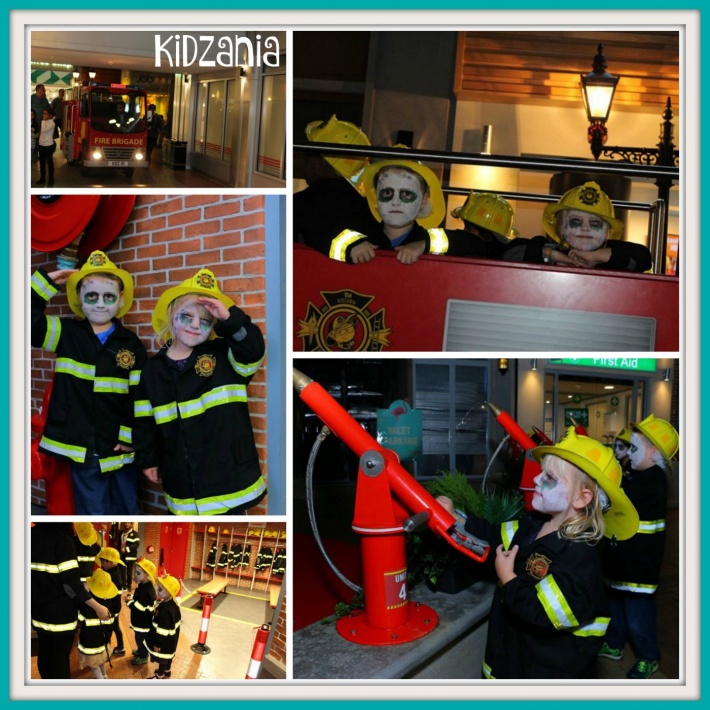 Isaac also had a go at being an animator in the Pokemon studio and a surgeon performing a liver transplant in an operating theatre, whilst Eliza was a midwife helping to look after newborn babies. 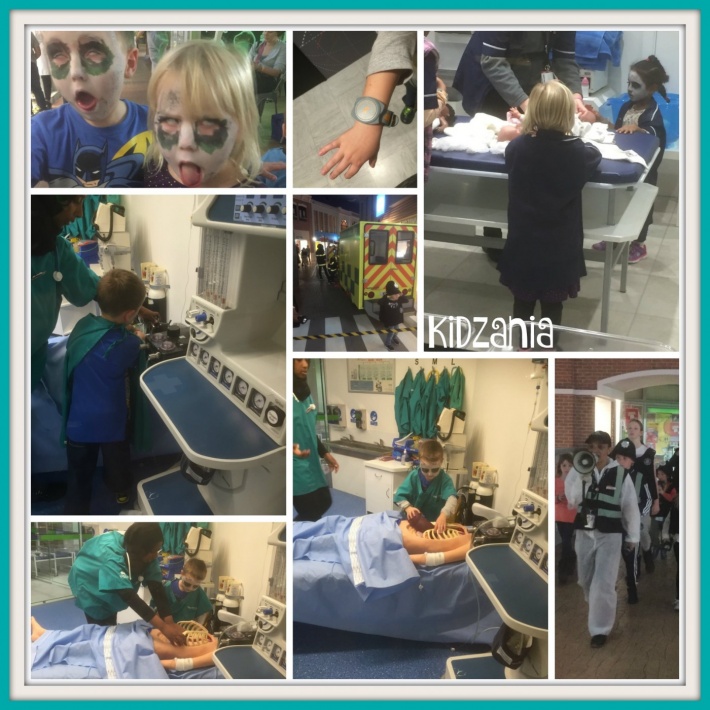 Both Eliza and Isaac earned more than they spent and were keen to spend their wages in the shop. This was probably my only disappointment as they didn’t have enough to buy pretty much everything in the shop and came away with a plastic ring and a pen between them. However, if we were local and frequent visitors we could have joined their banking system where children can save their kidZos, request a debit card and manage their finances at the bank branch or through the ATMs in the city. Kids can open a personal savings account at any time during their visit to deposit and save the money they have earned for their work. There are some pretty good toys in the shop and saving KidZos is a great way of teaching children the value of money.

As for Sebastian, there was a toddler room where he could play, but we prefered to stay with Isaac and Eliza to keep an eye on what they were doing.