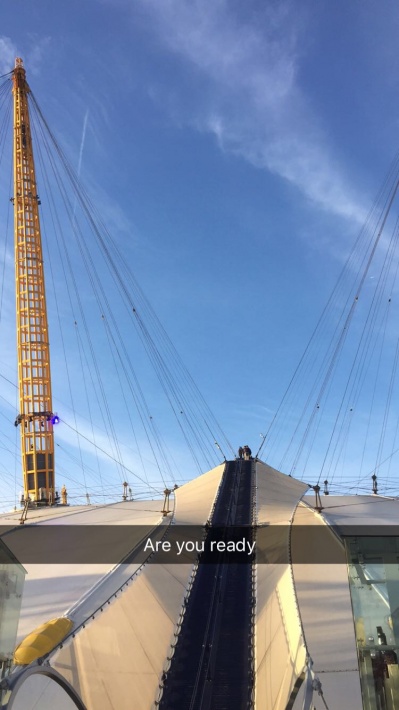 Last year during a visit to London we discovered you could walk over the top of the O2 and from that moment Hubby and Kian kept dropping hints that they wanted to do it.

I am an O2 customer and they run half price promotions on certain days of the year, but each time they did it clashed with Hubby’s work so we didn’t get to take advantage of the offers. I decided enough was enough and this half term we had tickets to Comic Con over the river at the Excel so it seemed the perfect time to book them on.

The minimum age for the climb is 10 years old (and 1.2m tall) so it was just Hubby and Kian doing the climb this time. After the initial booking in it was time to watch a short safety video and get ready. You are not allowed to take bags or items up with you so these are packed away in a blue crate which is wheeled around the O2 so they are waiting for you at the other side.

You are provided with a Climbing jacket, Boots, a Harness and the Latch for the climb. Apparently the boots are the most comfortable they have ever worn and once you are ready it is time to climb. 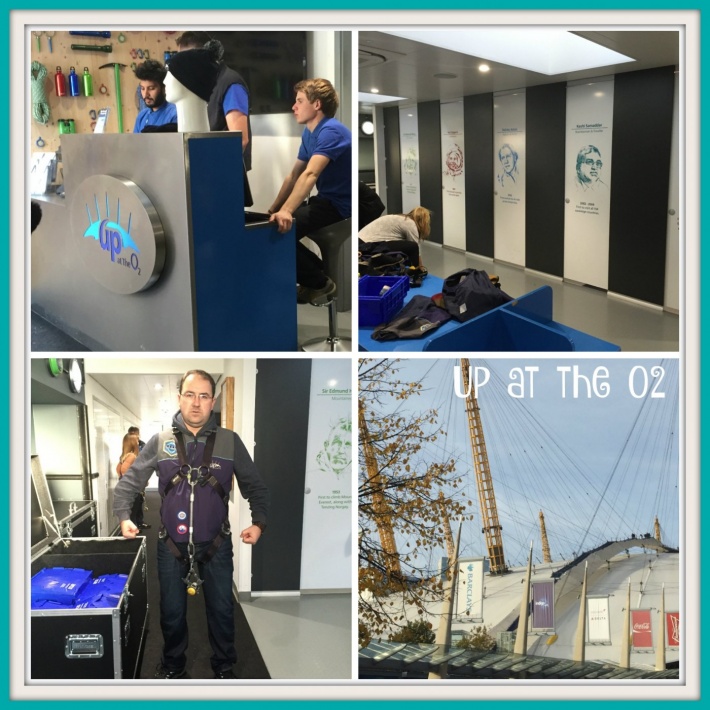 They had planned to take the Go Pro up with us and charged it prior to our trip, but somehow left it switched on so the battery was dead which was a real shame, but thankfully were allowed to take the camera and phone up with them as long as it was kept away until they got to the top. Anything dropped on the way up or down could potentially damage the roof of the O2 and would be unlikely to be retrieved.

Ross, the tour guide, gave another brief safety talk and asked if anyone wanted to lead – of course Hubby volunteered straight away and they were clipped onto a safety line and set off.

Up close the walk looks quite steep but you can go at your own pace and the boys say it was fairly easy. Ross, the tour guide, gave a fantastic commentary and happily pointed out all the sites which included Historic Greenwich, Queen Elizabeth Olympic Park and Canary Wharf.

Our booking was at 3.30pm and the sun was starting to dip which made for an even more spectacular view at 52 metres in the air.

At the top you get to walk around a large circular walkway so you can take in the 360° views.

There is also an app you can download which gives you a labelled view of the skyline as well as staying up to date with the weather. 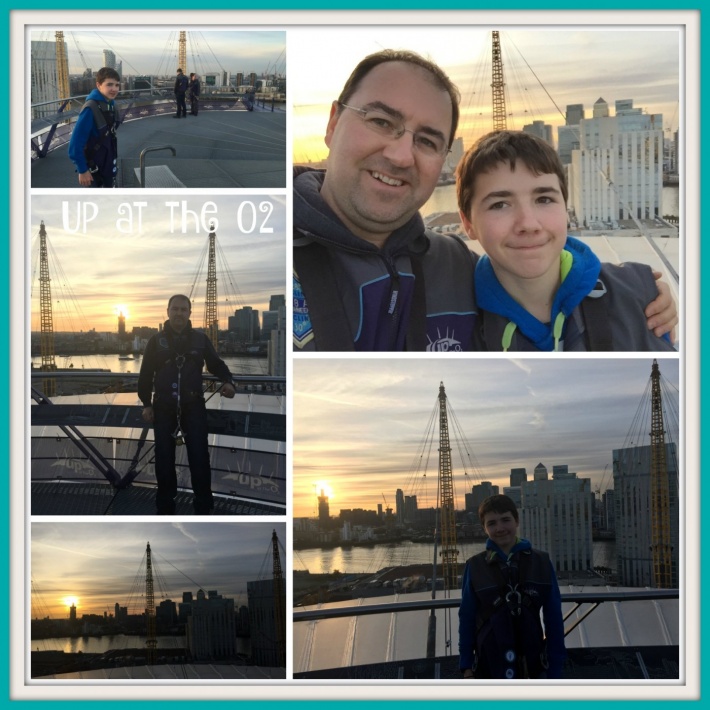 The climb itself takes around an hour, but with the briefing before hand the whole experience lasts around 90 minutes. At the end of the climb you are reunited with your belongings and offered the chance to purchase photo’s of the climb which were a very reasonable £10 and a great reminder of the day. 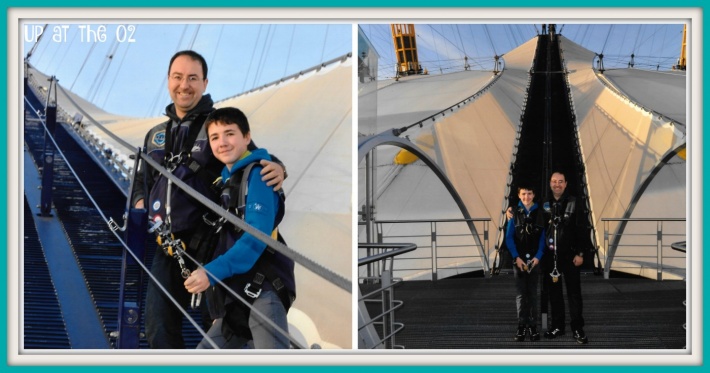 Hubby has promised me that next time he will take me to climb the O2 and this time we will make sure the Go Pro is charged!!