Did you know that it is the 80th anniversary of the formation of RAF Fighter Command?

On Sunday we were invited to The Imperial War Museum at Duxford for the Meet the Fighters air show which highlighted Duxford’s role as a wartime fighter station.

We love airshows and were disappointed to miss Bournemouth Air Fest this year, so we braved the 3 hour journey from home to see how the nation has been defended from air attack since 1936 and the vital importance of fighters to winning control of the largest battlefront on earth.

We are used to watching planes from the beach, so I was a little concerned that there would not be enough to keep the kids occupied for a full day at Duxford but I needn’t have worried as there was plenty to keep them interested both inside and out.

We started with the day at the public flight line where we got to see the planes on the ground before they took to the air. Plane loving Sebastian was in his element, bounding from one plane to the next. 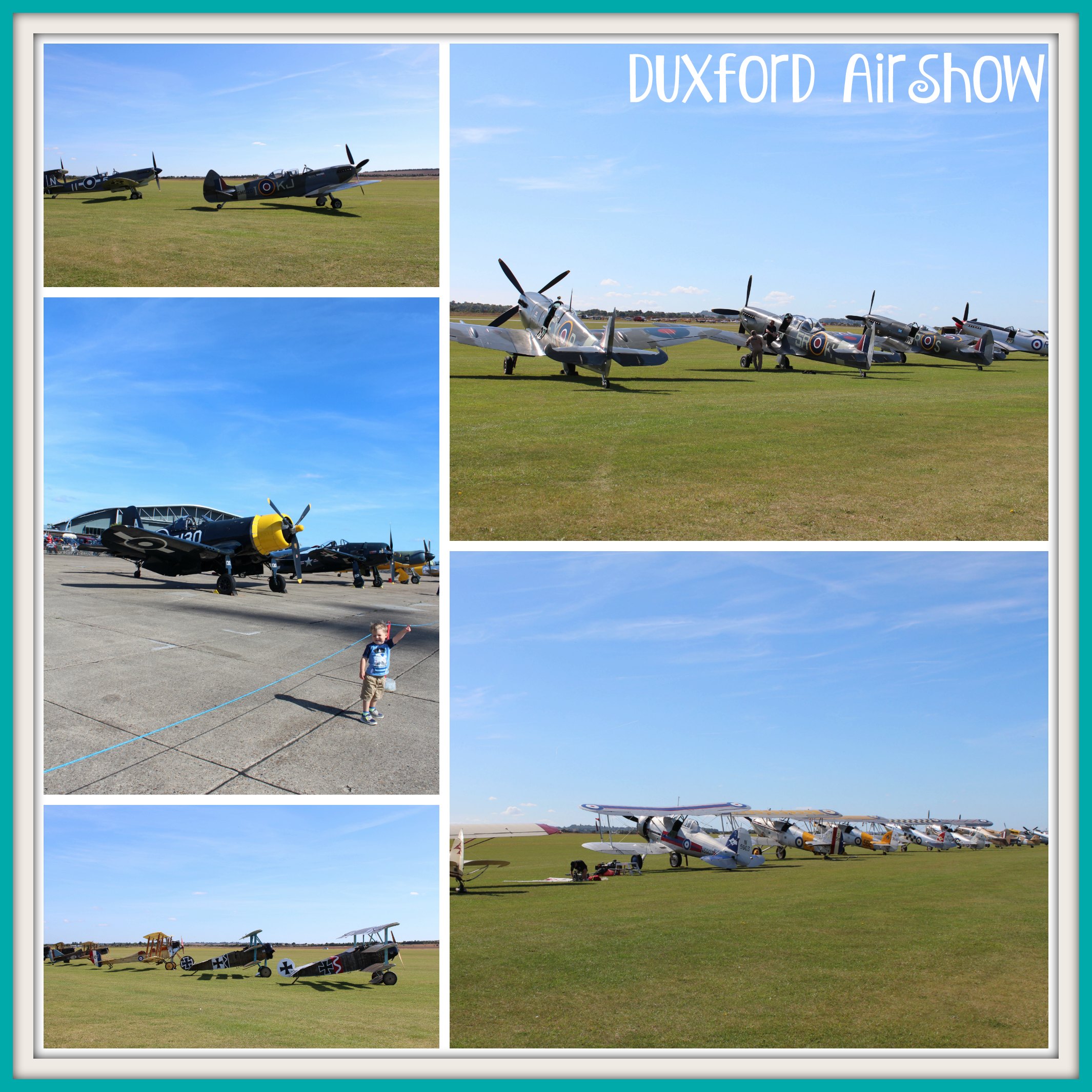 There was a huge variety of aircraft to see on the ground with the crowd pleaser Flying Fortress Sally B, Vampires, Hawker Fury, Spitfires, Hurricanes and some of the oldest Bi-Planes and Tri-Planes.

Flying didn’t begin until 1pm so there was plenty of time in the morning to explore the museum and all the planes on the ground. Airspace was a particular hit with Isaac and Eliza with interactive exhibits which explained how planes and helicopters flew. 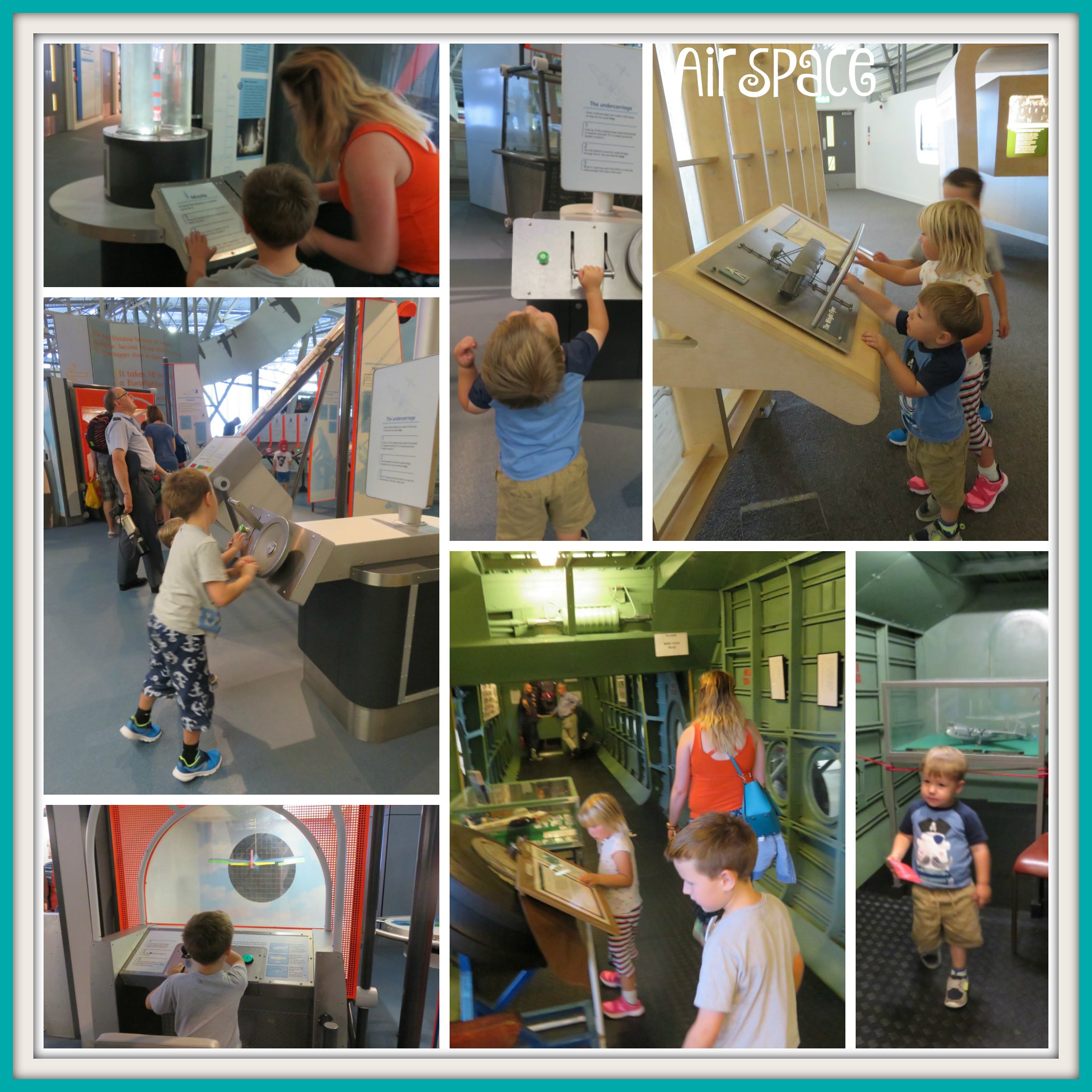 In AirSpace you can also get up-close to some of the most famous aircraft in the world, including the Lancaster, Spitfire, Concorde and Vulcan and for an extra £6 we bought boarding passes so we could go inside 10 of the aircraft for a look around. 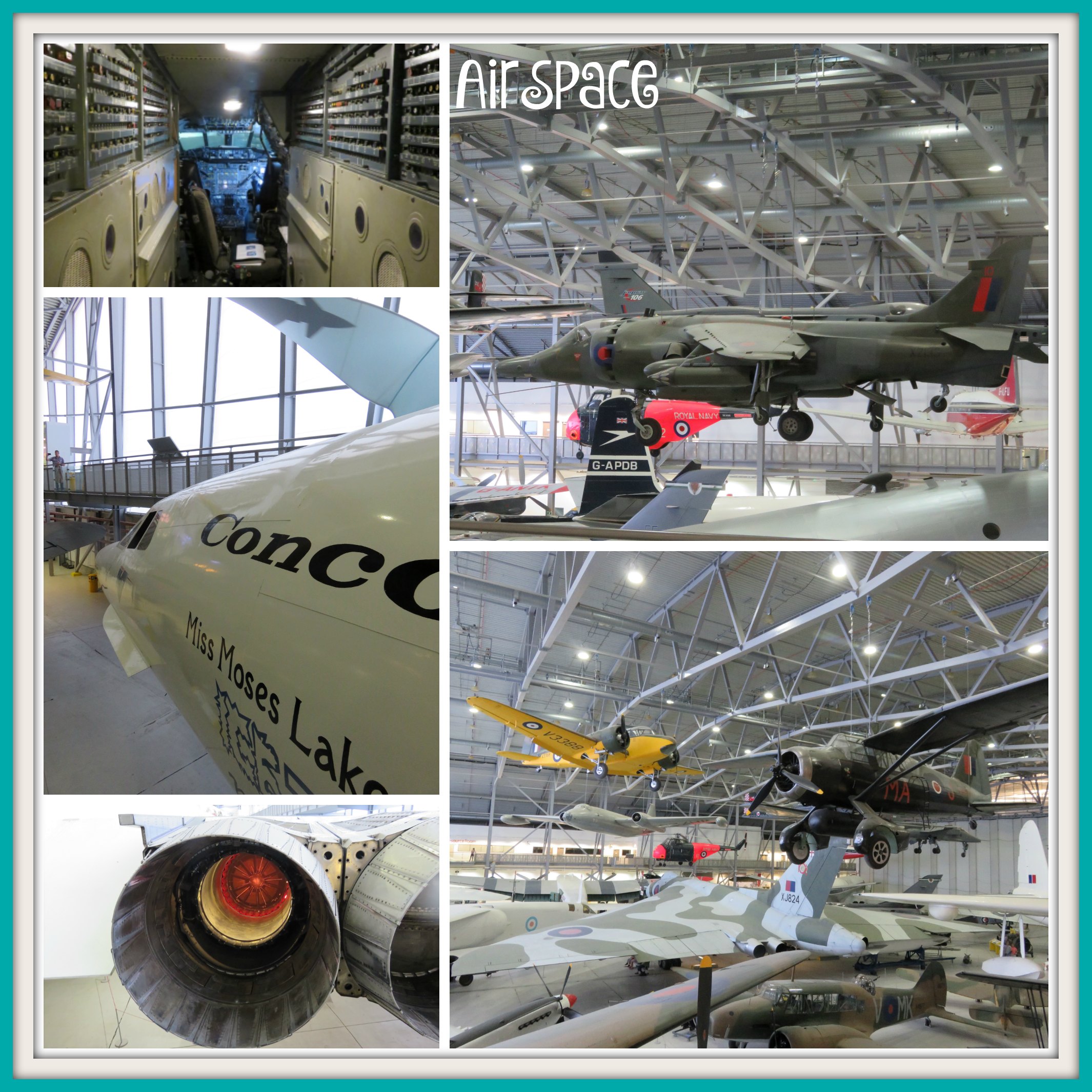 Back outside we started watching the air display from the children’s park, which had a huge wooden plane inspired playframe along with bouncers, slides and climbing equipment. 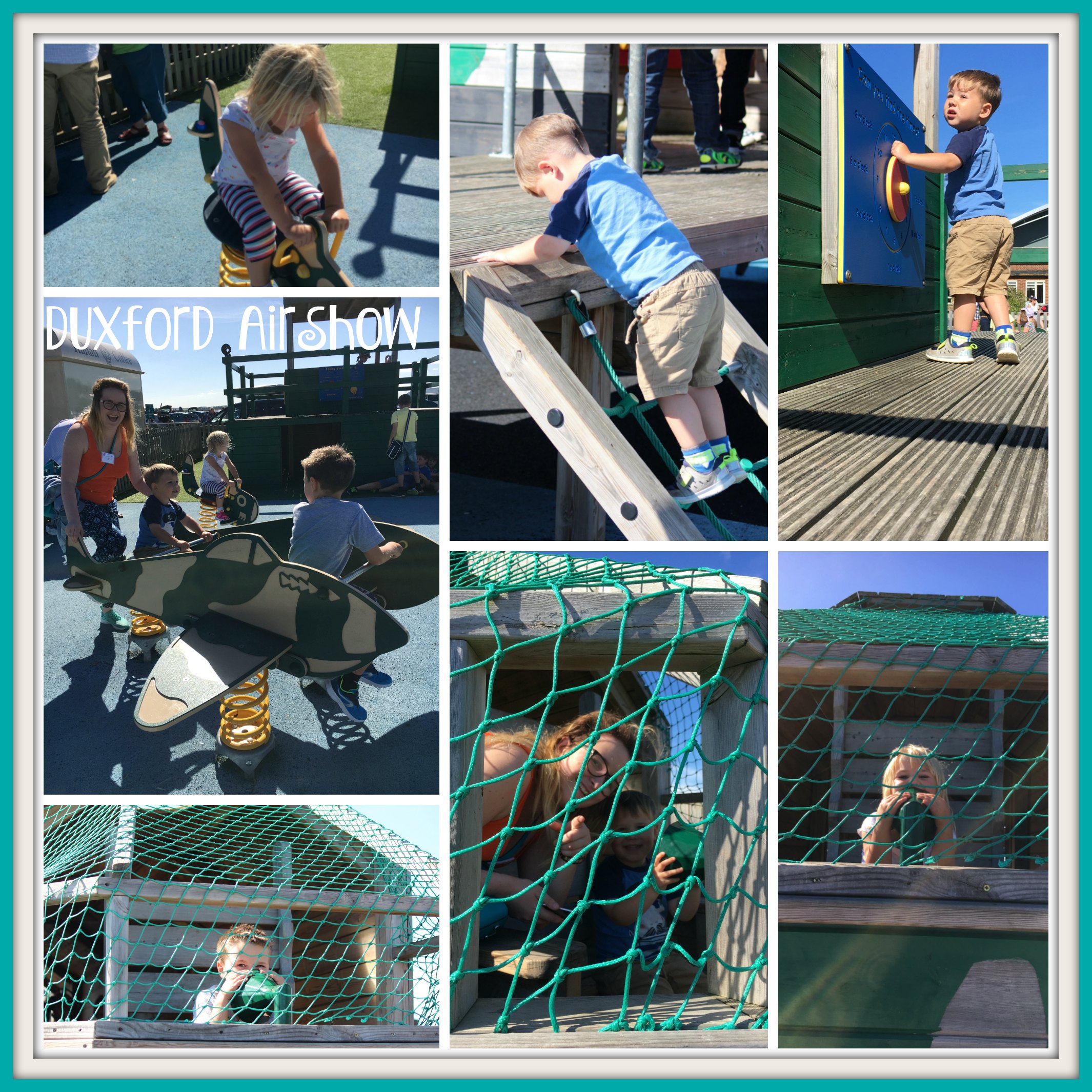 Although Duxford doesn’t have the huge variety of aircraft that Bournemouth has, it wins for me with the information provided and the fact that you can see the aircraft on the ground before they fly, see them take-off and climb into the sky to perform and even have their own air battle complete with pyrotechnics both in the air and on the ground. 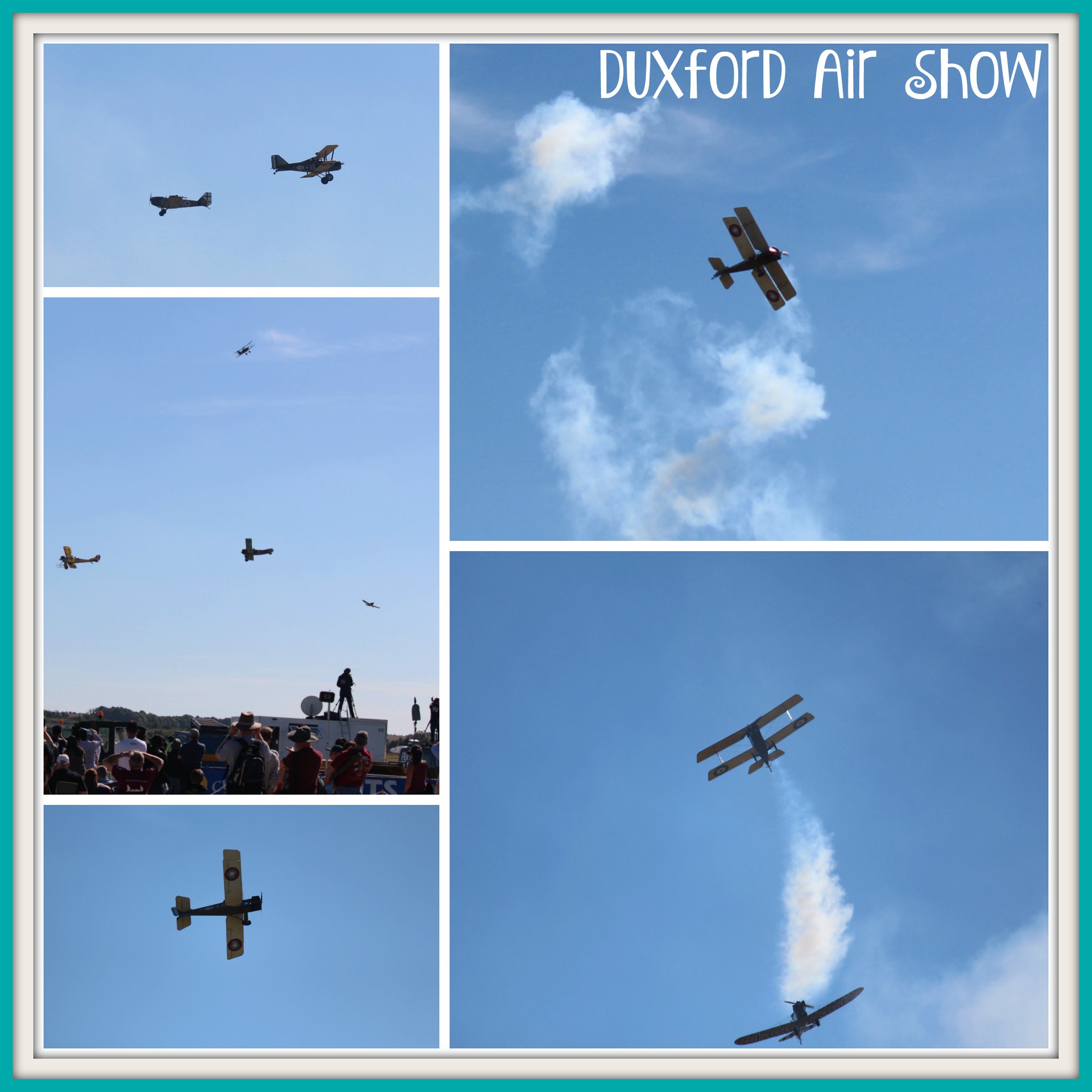 There were two highlights of the show for me.

The Sally B is always a firm favourite of mine but nothing could beat the massed Spitfires formation which consisted of twelve Supermarine Spitfires and four rare Mark I Spitfires that not only took off in formation which literally gave me goosebumps, but they flew in partnership in a magnificent flypast before performing some incredible aerobatics. Now I know where the famous Red Arrows manoeuvre the ‘Spitfire Roll’ comes from. 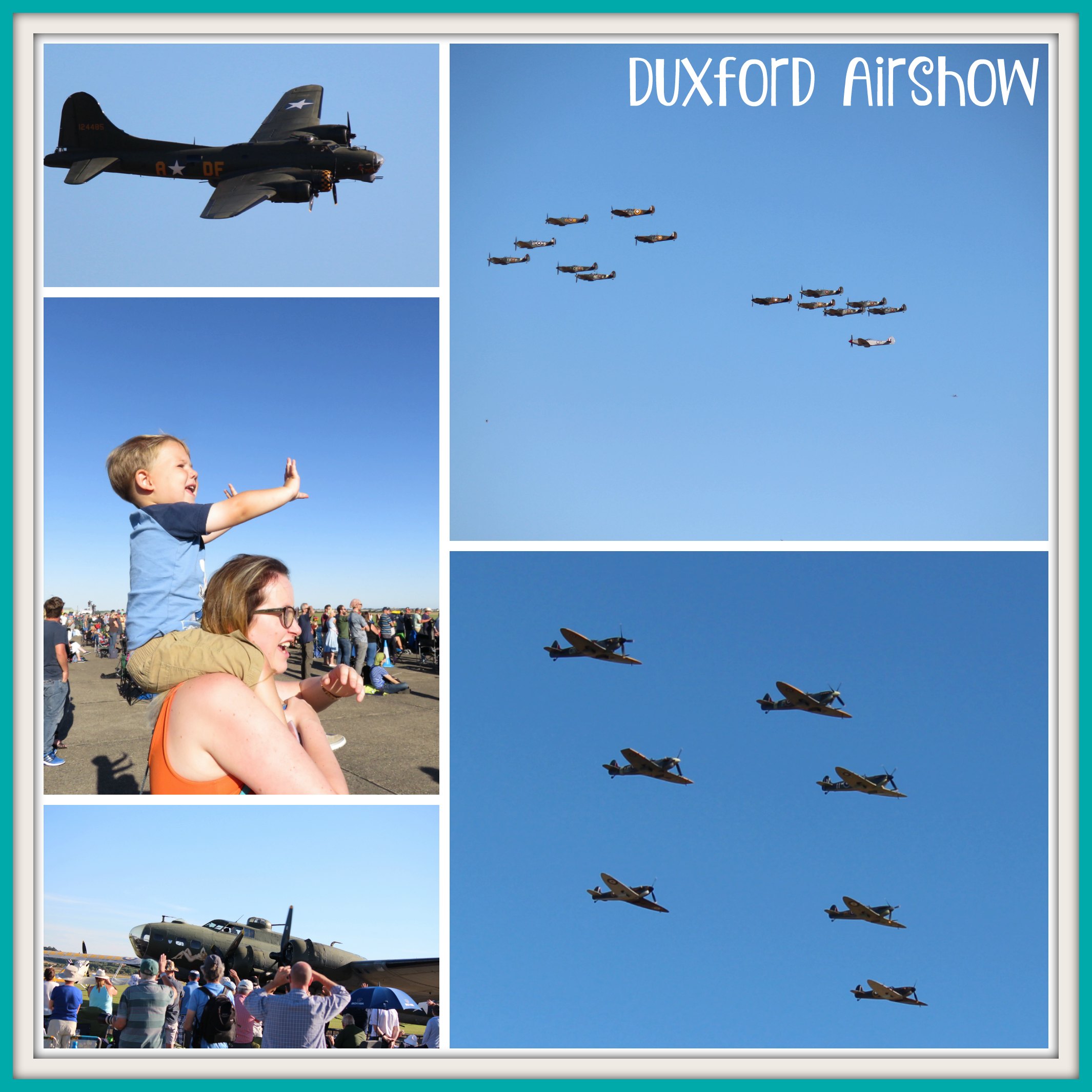 They all landed and taxied back to their position right in front of us with Sebastian waving excitedly to each and everyone, they all waved back too!

Our second favourite were the mighty Red Arrows who closed the show as only they can with some fabulous new moves that we have not seen before. 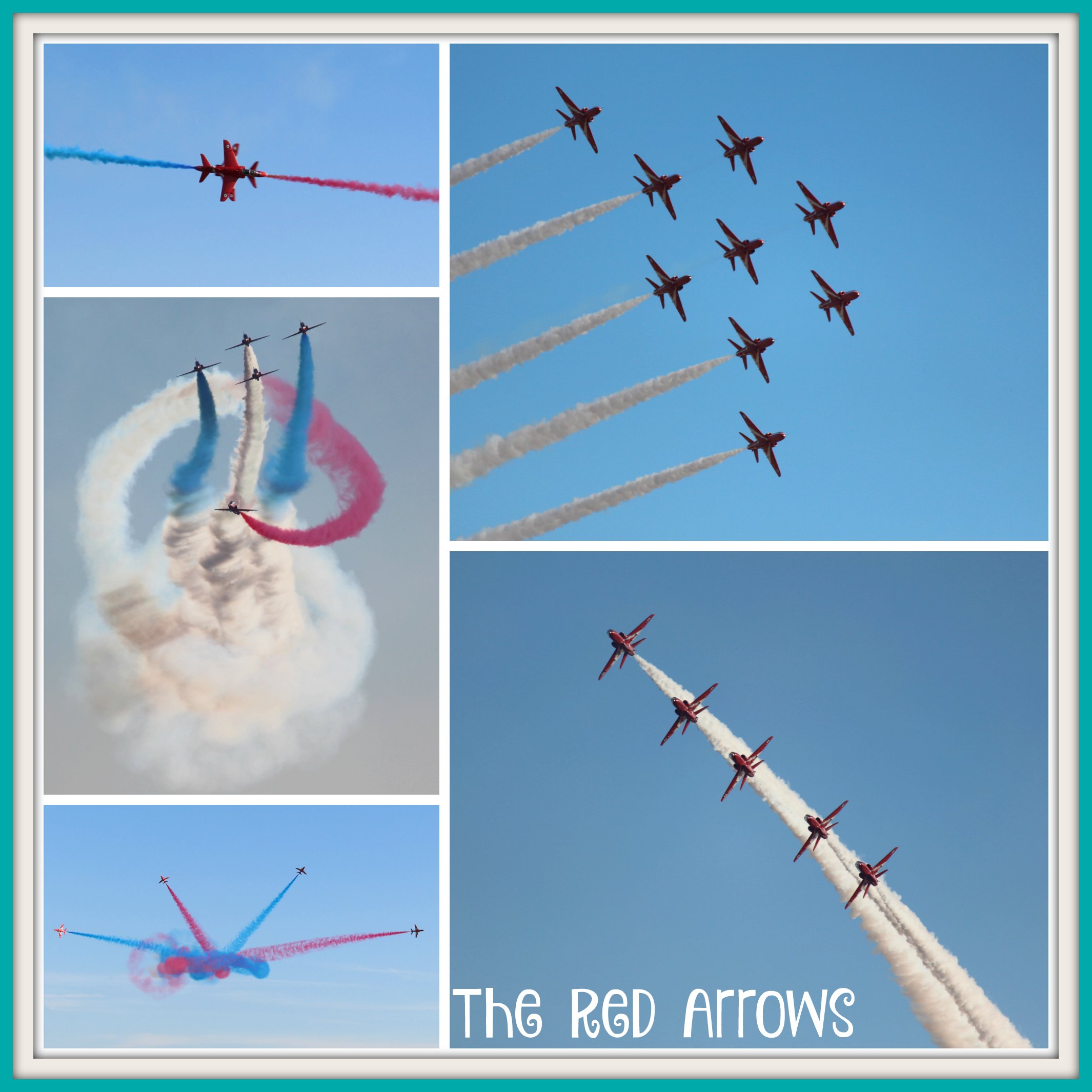 Although busy, with 15,000 people on site, it did not feel busy and the only queue we had, was for some ice cream. There were plenty of food, merchandise and refreshment stalls to suit every taste and the museum was open too if you needed to cool off. 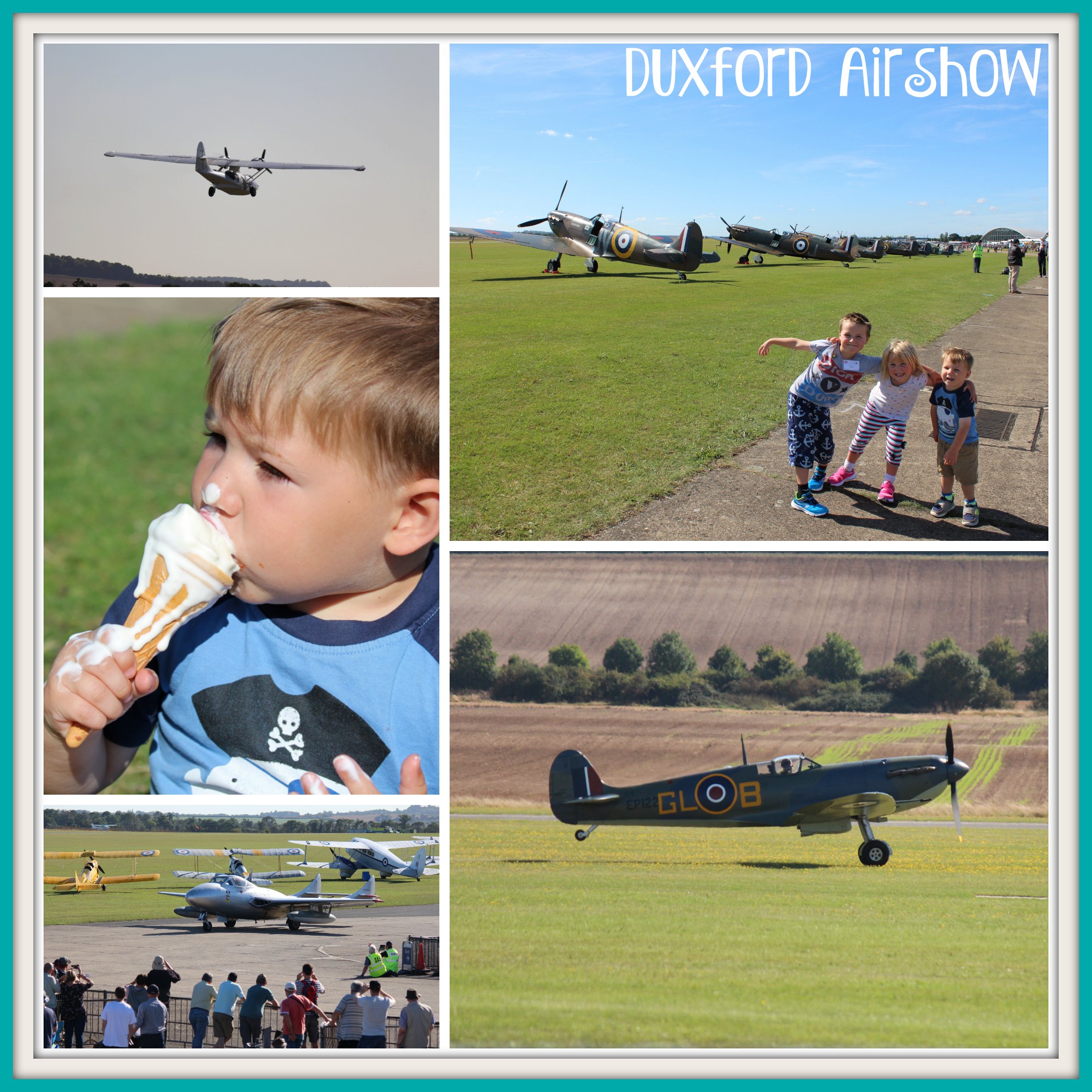 My top tip would be to take a picnic blanket and / or fold up chairs to secure a good viewing point on the grass and get there nice and early to explore the museums before the flying starts in the afternoon.

We didn’t get to see everything the museum had to offer and will be hope to be back again soon.

Tickets will be on sale later this year and to be the first to get yours sign up to their enews letter at iwm.org.uk/enews.

Disclaimer: We were guests of the Imperial War Museum, Duxford, for the purpose of a review. All thoughts and opinions are my own