This weekend saw the 10th Anniversary of Tankfest – an event held at Dorset’s Tank Museum.

If you have never been to Tankfest before, you are missing a real treat.  Not only do you get to roam the Tank Museum and look at all the fantastic tanks they have on display, but you also get to see some of them being put through their paces in the arena.

We have attended tankfest a number of times, and have always enjoyed it – especially the boys.  I was contemplating whether to go this year, as hubby was working, but I am so glad I did.

We packed up the kids and set off, full of anticipation of what was to come.  As hubby was working in Weymouth that day he dropped me off – a little daunting for me as I would be stranded there if the kids didn’t behave.  I needn’t have worried!

We headed in, picked up an itinerary and decided on a plan of action.  The displays didn’t start until 10.30, so we headed in to the museum itself to explore.

We soon spotted my friend Tracy on her stall.  She makes Teddy Bears and had been planning her display for weeks.  I have to say that they were a hit with young and old alike!﻿

We had a look around all the stalls, there was something for everyone – toys, games, tanks, jewellery, handbags etc all set up around the tanks themselves and headed for the children’s area.  Here they can ride on  a rocking Tank, dress up like a soldier, do some colouring and play with plastic models – all great fun! 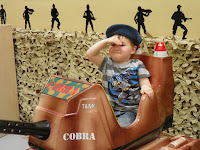 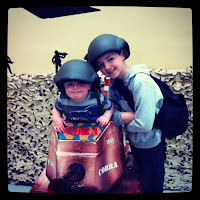 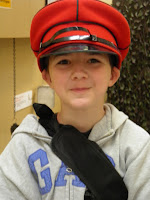 It was soon time to go outside for the first display, which featured two Canadian Leopard 1’s being put through their paces.  Isaac squealed with delight watching fireballs, hearing gunfire and seeing the tanks roaring around the arena.  They also set it to music, which was new this year and really added to the atmosphere (and made Eliza dance). 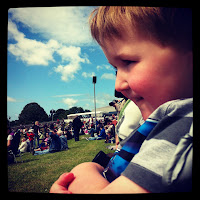 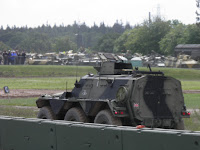 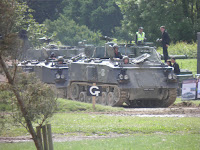 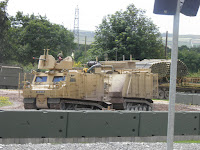 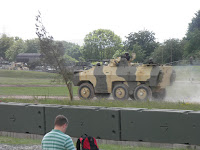 The army display featured a modern combat display of of the army identifying and dealing with insurgents.  It was really fascinating to watch what goes on and how each vehicle plays a different role.

After the end of the mornings displays, we decided to go and explore the outdoor displays.  There were lots of examples of army camps  and trenches through the ages, with troops all dressed up in costume.  Some gave talks about what army life would have been like (a lot of which was not pleasant to hear), but Kian really got a lot out of it as is studying World War II at school.

There were lots of stalls outside selling army gear, clothing etc, and activities for the kids to try – Kian had a go a shooting paintballs at targets. 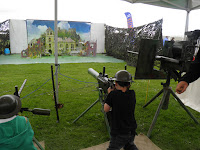 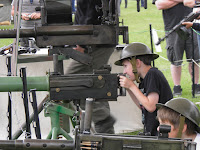 I fancied a go at driving a small tank, but sadly as I had no one to look after Isaac and Eliza I couldn’t do it, plus at £7 a go it wasn’t cheap. 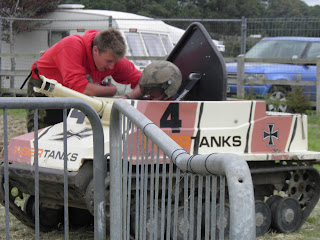 You also had a viewing area where you could see all the tanks up close, that had been performing in the earlier displays.  Sadly, as the weather hadn’t been that great in the lead up to the event the ground was quite churned up and I managed to get the buggy stuck!
There was a brief period of rain, so we disappeared back inside the museum, where Kian and Isaac played with the toy soldiers. 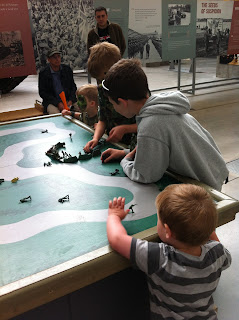 The second half of the afternoon was spent exploring the grounds, climbing on the vehicles we were allowed to and watching more displays. 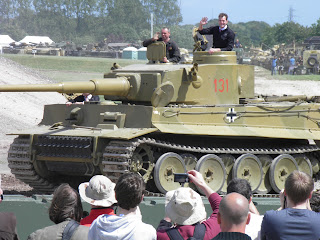 The highlight of the day was the World War One Re-enactment with an infantry battle, tanks and dogfighting aircraft.  This featured the Warhorse Mark IV replica.  They showed how the infantry fought initially, which basically involved lots of explosions and then advancing on the enemy with little or no protection, to how they changed tactics and began using tanks. 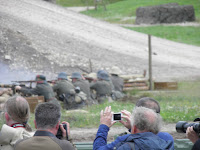 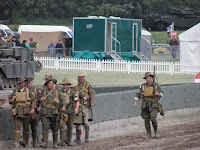 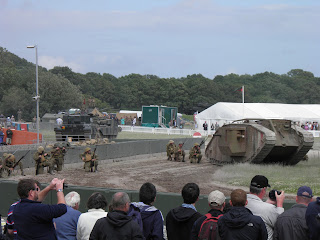 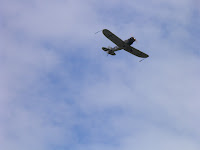 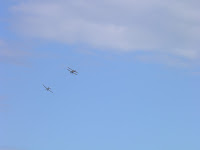 This is the first time they have included an aerial display and it was fascinating to watch the four planes dogfighting.  I think the pilots were struggling though as the winds were quite high though.
The arena displays ended with a minutes silence for the fallen servicemen and women and then a huge chorus of God Save the Queen, which I am pleased to say the entire crowd stood for and joined in, with tanks old and new in full view: 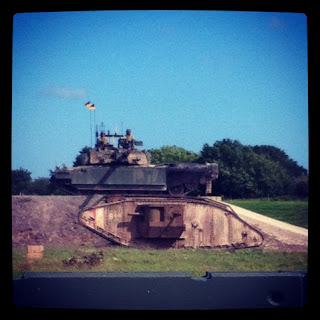 Tankfest is a fabulous day out and we really enjoyed it.  The grassy banked seating area was remarkably dry despite the weather and my only grumble is that it is not a non-smoking area.  Twice people walked past us exhaling huge quantities of smoke over the children.
The Ice cream was horrifically expensive too – £2.50 for a small cone with a flake or a basic ice lolly.  I do advise taking your own picnic too, although the Tank Museum does have a reasonably priced restaurant and there were plenty of trades outside selling food.  There is also a small play area for the kids if they get bored.

What’s more, our Tankfest ticket can get us into the Tank Museum for free for a whole year too!
For more information on next years Tankfest or the Tank Museum in general you can visit their website, follow them on twitter or like their Facebook page. 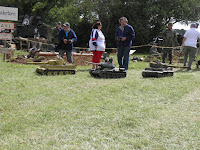 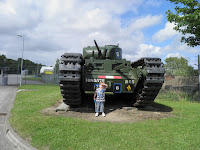 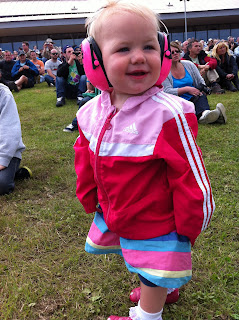 4 thoughts on “The Tank Museum #tankfest”