Cigarettes – people tend to be in one of two categories with this issue:

Those that Smoke!
Those that don’t Smoke!
Now, I don’t have a problem with smokers per say, it is more of a problem with where they do it.  If it is in the confines of their own house or in a designated area, then fair enough, but what I do have an issue with is those that congregate on the borders of a non-smoking area in groups. 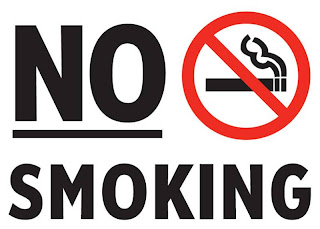 It has been an issue with me for a while – I hate the school run purely because I have a daily battle with a herd of smokers who insist on standing just outside the school gates.  Not only do they block your path, but you have to walk through a cloud of smoke to get to the school – not healthy, especially if you have a baby / toddler with you.  It doesn’t help that I have an uber sensitive nose at the moment either and the smell makes me gag and the school can do nothing about it because it isn’t their property!
It is not just the school – yesterday we went to Southampton to have a nose around IKEA and the West Quay shopping Centre.  As we walked out of the centre, we walked into a cloud of smoke as usual and I didn’t think much of it.  We headed down to the other shopping Centre a short walk away as we wanted to visit the Disney Shop.  Again, outside we encountered another wall of smoke, but what happened next still makes me feel ill.
One smoker, a female, wasn’t paying attention and threw her lit cigarette behind her. She didn’t drop it to the floor and extinguish it with her foot, but threw it!!  It landed in Eliza’s buggy, still burning!!
It could have gone in her eye!
It good have set light to her clothes!
It could have set light to her buggy!
She could have been scarred for life!
Thankfully, she was in her new buggy (on its first outing) which has a roomier seat and it landed to one side of her and my quick thinking husband managed to flick it away quite quickly, although it felt like minutes at the time.
What really got to me was the woman’s reaction.  “Sorry Love, didn’t see you” – as if it was our fault for walking along a public pathway – well that didn’t cut it with me.  I said “Excuse me” and she raged “I apologised, what more do you want” and stormed off.  Hubby being the rational one just said to leave it, so I did, but I felt like the guilty one when it wasn’t our fault.
Something needs to be done about this before someone actually gets hurt.  I have lost count of the times I have been in a close encounter with a cigarette as someone brushes past.  But what should we do?
I would love to see designated huts / shelters for smoker like we used to have when I worked at an Investment Bank.  Not only would it give them somewhere sheltered to go, but it would have somewhere to put the discarded cigarettes instead of littering the streets, but I really don’t think they’d be used. 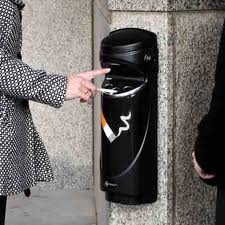 Do you have an opinion, I’d love to hear it!!

6 thoughts on “No Smoking!”