We have been avidly taking part in the National Trust #50Things challenge.  Most challenges are relatively easy to achieve with young children but one thing threw me – canoe down a river.

Kian and Callan are 13 and 15, loved kayaking and are the perfect age for it……but what about Isaac aged 5, after all the #50things are aimed at him.
We have been out with Studland Sea School on a few occasions now, be it Coasteering or Kayaking and I mentioned on twitter how much Isaac wanted to go out on the water with his brothers.  They came back to me and invited us out on a Family session!
Lasting an hour, the boys would take a short tour of Studland beaches, learning kayaking basics and looking at the sites.  Isaac was so excited! We arrived and the boys were kitted up with life jackets and paddles – they even had little ones for Isaac and we were off for the safety talk. 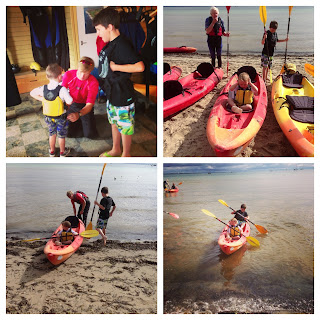 Despite appearances Isaac was listening – he was worried by a wasp that wouldn’t leave him alone!
The one difference with the little ones is that they were sat in the kayaks prior to launch and then Guy the instructor pulled them into the water.  I was reassured that if they got tired he had a tow rope on board just in case! 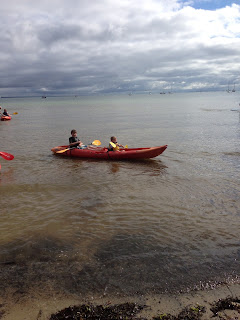 And they were off……..
I can’t believe how quickly they paddled away out of sight.  Eliza and I had time to play and practiced another of the 50things and made a Wild Art Mermaid with some seaweed and shells before having a splash about in the water. 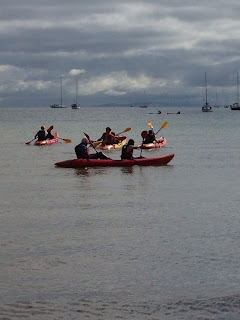 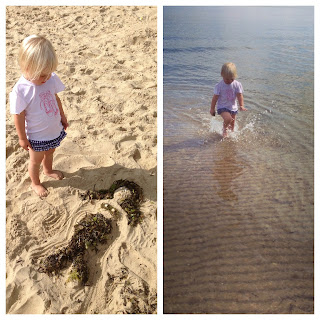 They were soon on there way back though and the smiles on their faces were enough to know they’d had a fabulous time, although Guy did tow them for the last stretch.
Isaac did pull Guy and the kayak back to shore though. 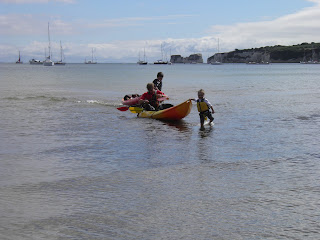 I can’t wait to get some of my fitness back and try it myself!