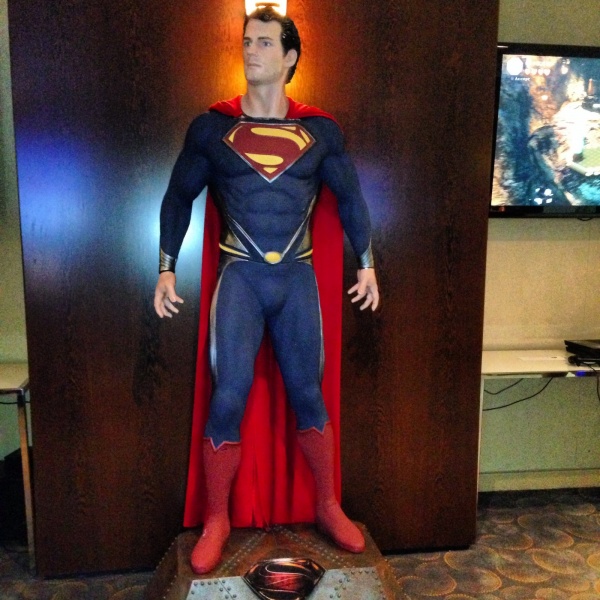 I don’t think I have ever been invited to so many events as I was in the Easter holiday’s – not that I am complaining.

The event that excited Hubby and Kian most was the one hosted by Warner Brothers in their head office in London.  Numbers were strictly limited, so I sent the Geek Squad of Hubby and Kian in my place.

The first pictures I saw on instagram was of them enjoying the entertainment in Covent Garden before they took the short walk to Warner HQ.

Once inside they were met by the impressive Batman statue, stopping to pose for the obligatory photo’s.  They then moved into the hospitality area where they found Scooby Doo, Superman and Tweety Pie. 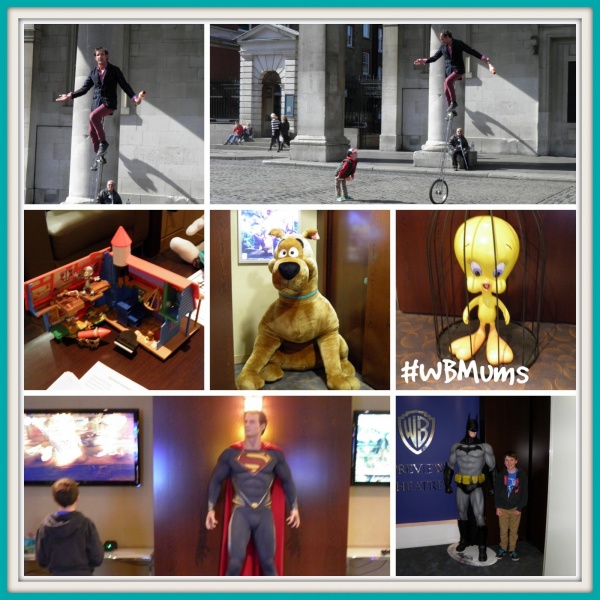 Kian was asked if he wanted to play the brand new and exciting LEGO “The Hobbit” game.  Of course he said “YES!” and off he went. 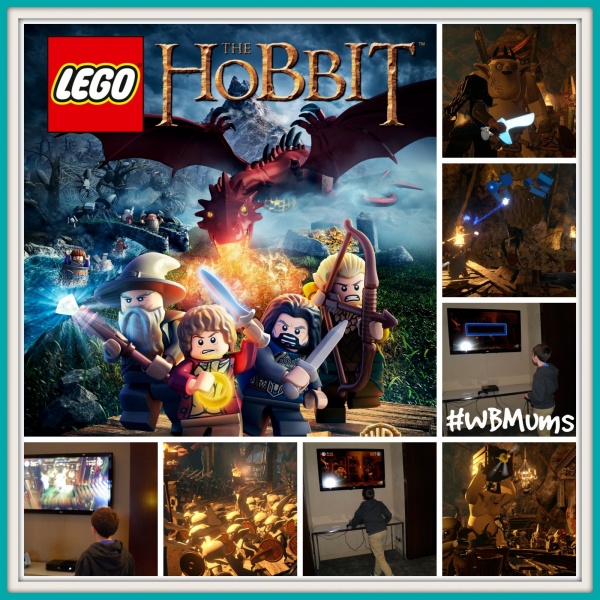 The interactive game of LEGO The Hobbit allows gamers to play along with their favourite scenes from the films, and follows the Hobbit Bilbo Baggins as he is recruited by the Wizard Gandalf to aid Thorin Oakenshield and his Company of Dwarves.

Bilbo leaves the comforts of the Shire on a journey through Middle-earth to help the Dwarves reclaim their lost Kingdom of Erebor within the Lonely Mountain. Along the way, he is introduced to ravenous Trolls, dangerous Orcs and, of course, Gollum and his precious Ring. Players will utilize and combine the Dwarves’ unique abilities – often with hilarious results – to solve the most diverse Quests of any LEGO videogame to date.

GAME FEATURES:
• Explore Middle-earth and visit key locations from the films, including Bag End, and trek through the treacherous High Pass over The Misty Mountains, or discover the depths of Goblin Town, Mirkwood and Rivendell.
• Partake in Treasure Quests, mine for gems, discover loot from enemies, and craft powerful magical items or build immense new LEGO structures.
• Play as your favourite characters from The Hobbit films, including Bilbo, Gandalf, and the Dwarves: Thorin, Fili, Kili, Oin, Gloin, Dwalin, Balin Bifur, Bofur, Bombur, Dori, Nori and Ori. Each has his own special – and quite hilarious – ability. For example, Bombur can be used as a trampoline that enables his companions “belly-bounce” out of danger!
• Collect, combine and forge new items in the Blacksmith Shop using Mithril, the most precious metal in Middle-earth.
• Triumph in a game of riddles and learn to wield the power of The One Ring.
• Play with family and friends with easy access drop-in, drop-out gameplay option. (Available on console only.)
• Play with family and friends using wireless play. (3DS and Playstation Vita only and two copies of the game required)

Whilst Kian was playing his games, Hubby was invited to have a continental breakfast and chat with the Warner team about upcoming and existing games.

Kian was then coaxed away from the game and taken to the cinema room, where he and hubby were given some 3D glasses and watched the trailer for LEGO Movie, a trailer for the new film The Nut Job, the first new Tom & Jerry cartoon for 8 years and a full length LEGO Batman film.

They came home full to bursting of all the exciting things they had seen and Kian is now furiously saving his pocket money to buy the LEGO Hobbit game.

A huge thank you to Warner for a fabulous day out and for the amazing goody bag too – there was something in it for each of the kids, including the biggest one of all – Hubby who insisted on taking the below #HobbitSelfie whilst visiting Longdown Farm in The Shire! 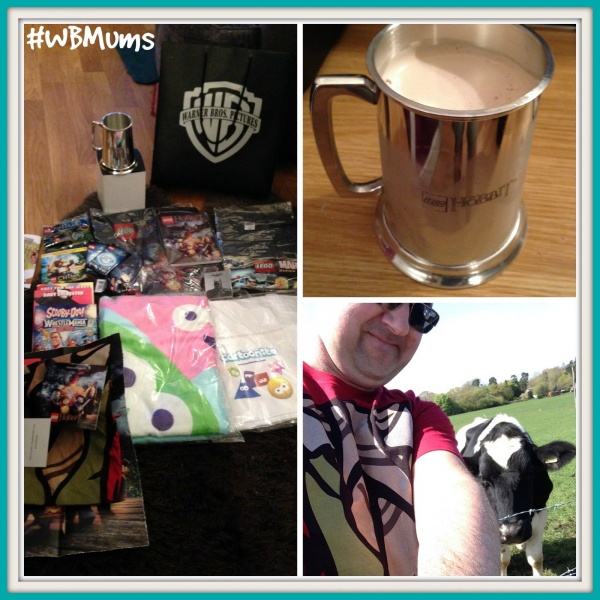 23 thoughts on “A Day Out with Warner”