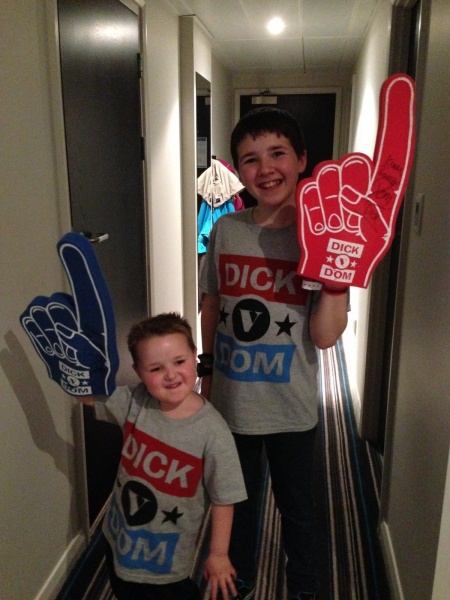 The one thing you will not hear from your children at Butlin’s is the phrase “I’m Bored!”

In fact there is so much to do that it was impossible to squeeze everything into a four-day break, so my first piece of advice is to study the timetable and work out what you don’t want to miss.

For us, the highlight of our stay were the evening shows in Centre Stage.  I am so glad we invested in B-Line passes as it meant we could access the venue 15 minutes before everyone else so we got brilliant seats every night.

The first night was Panto, and we were whisked away to the land of Fairytales for Snow White.  Eliza was in her element and enjoyed the singing and dancing, whilst the boys fell about laughing at the antics of the Dame and boo’d and hissed at the wicked queen.  The actor playing Prince Charming was a dead ringer for Tom Daley. 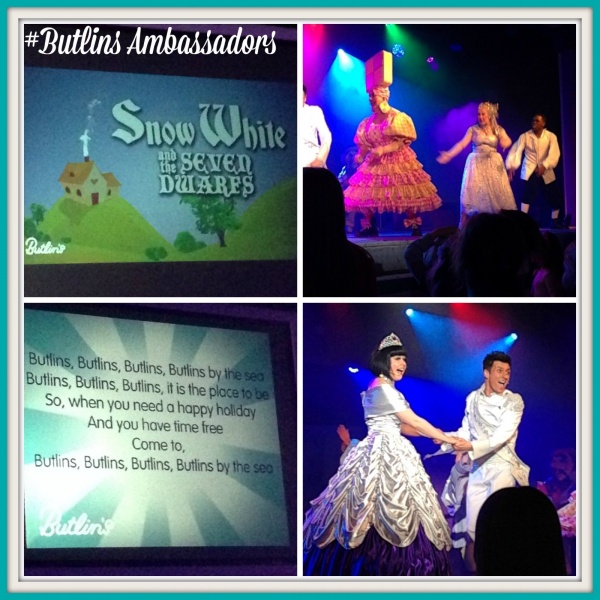 The second night was Cirque Du Hilarious, which lived up to its name.  Hubby was going to sneak off to watch the Champions League semi-final but ended up staying for the whole show as it was full of magic, madness, mayhem and comedy.  The whole family was literally crying with laughter from beginning to end. 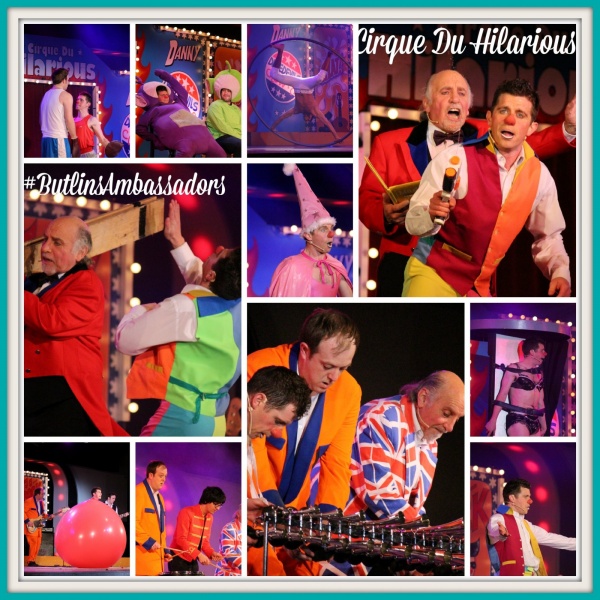 The mark of a good show is when the kids still talk about it and a month on they are still coming out with catchphrases used during the show – the favourite being “He killed the Pigeon” (all said in a funny voice).  The stars of the show were even happy to stop and pose for a photo with their fans after the show! 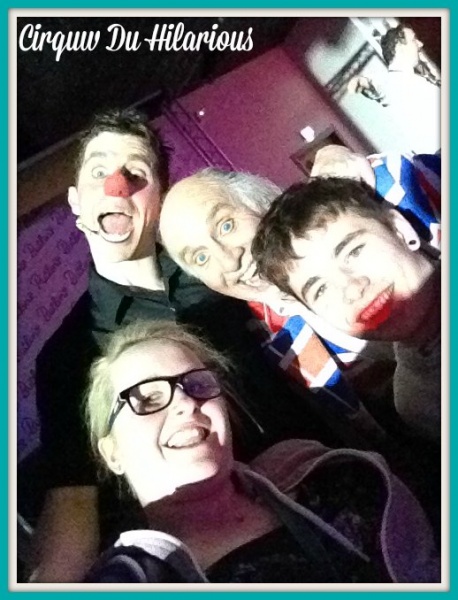 The third night was all about Dick vs Dom which deserved a post all to itself as my boys were up on stage with them. We have seen them before at LolliBop and they know how to get a crowd going with audience participation games such as “My Bogey’s lie over the ocean”, which involves moving your arms up and down every time you say a word beginning with “B”, a “Roody” sing along and a resounding dance along to Nellie the Elephant. 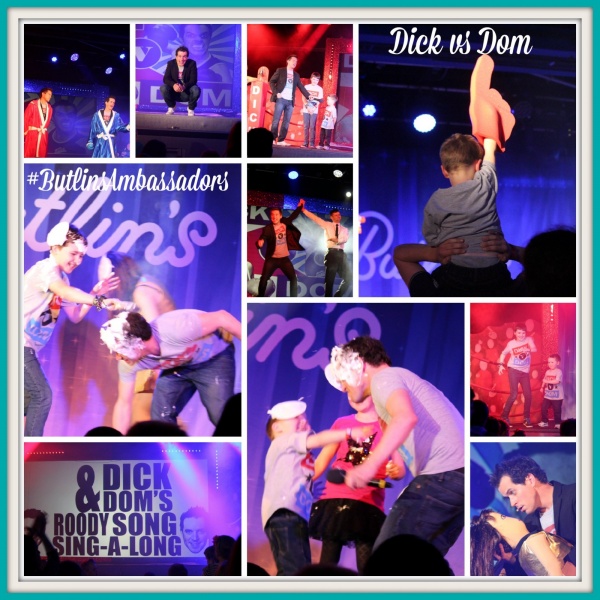 Thankfully we were sat just outside the mosh pit, where you were guaranteed to get wet but that didn’t stop us getting involved in what was going on.  Thanks to me tweeting them with a challenge before the show we were singled out and I will be forever know as the “Mad Twitter Lady” – thanks boys!  They were kind enough to sign autographs for us though! 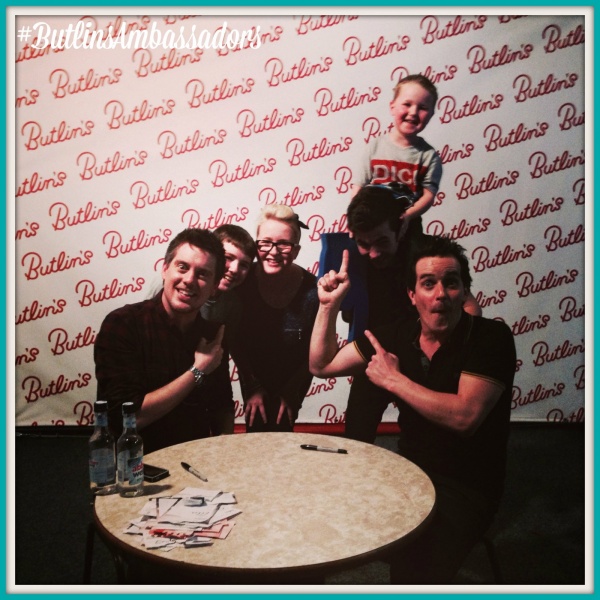 The final show of our stay was Scooby-Doo.  The sets were fantastic and looked just like the cartoon and the actors played their roles perfectly. Scooby-Doo, Shaggy, Fred, Velma and Daphne had to solve the mystery whilst narrowly escaping the monsters and ghouls. 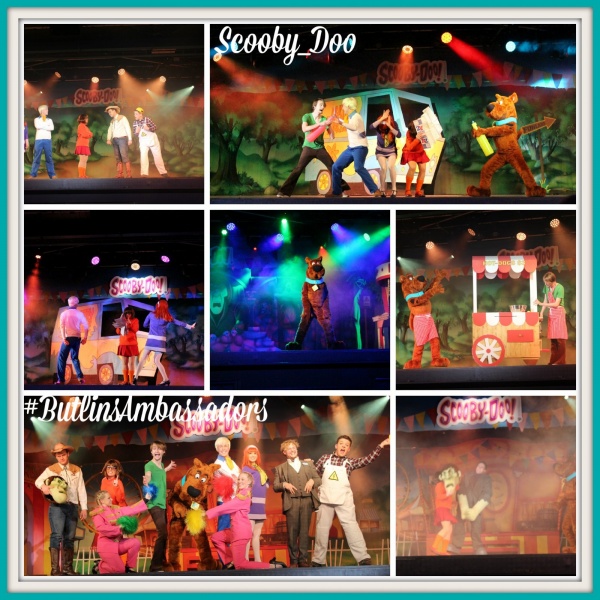 Lasting 50 minutes, the show was full of adventure and comedy with some singing and dancing thrown in for good measure.

Centre Stage itself was huge, with plenty of seating for families.  Kids are actively encouraged to sit on the dance floor at the front with the Red Coats for the shows, so they get a good view.  Before and after the shows, the red coats are also there dancing and chatting, making sure everyone is having a good time.  Sadly we didn’t get to see any of the later shows as the kids needed their beds, although Abbey and Callan did stay for the Ollie Murs / Robbie Williams tribute and thoroughly enjoyed it.

There is also a small shop selling souvenirs, light up toys, popcorn and sweets plus 2 large bars, plenty of toilets and even an arcade for the teens. 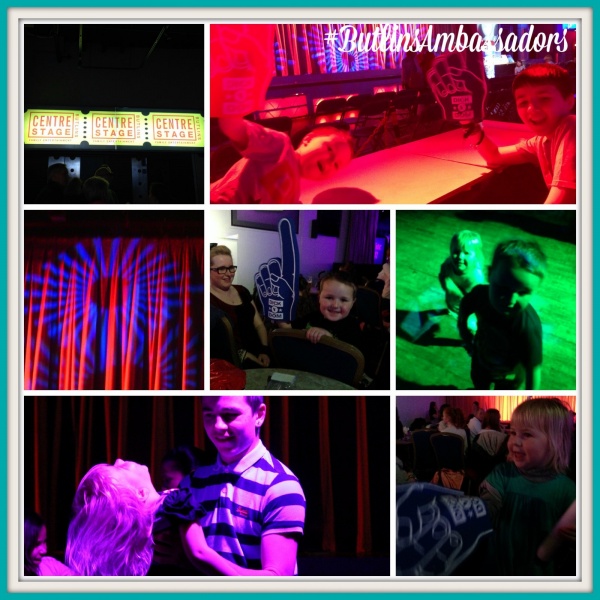 For the little ones there are also the shows in the Skyline Pavilion with favourites such as Fireman Sam, Bob the Builder, Thomas the Tank Engine and Mike the Knight.  I was really impressed with the quality of the shows and they all were based around stories that you had seen on TV. 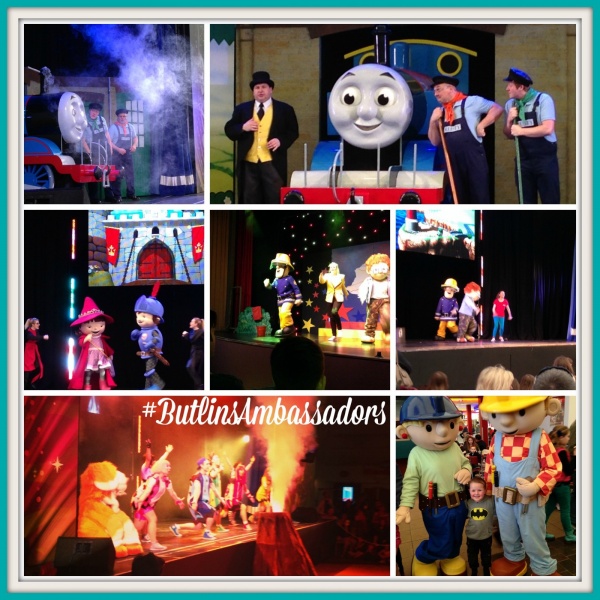 The shows were around half an hour long and featured very enthusiastic red coats on stage who ensured that all the children got to join in and have fun.  There were also red coats in the crowd to encourage the kids and show them the moves or tell them what to shout.

We only got to see one Skyline Gang show and I am kicking myself that we didn’t see more shows as the kids really enjoyed it.  The Skyline Gang consist of Bud, Sprout, Pip, Mimi, Candi, Dude, Misty and Rainbow the Dog who are colourful characters that will stop at nothing to entertain you, including cheeky pranks, sing songs and even circus tricks.

The show we saw was all about them going back in time to do a project on cavemen and there was even a volcano to spice up the action.  It was educational and fun and the littlies loved it!

21 thoughts on “The Shows at Butlins”